The bottle caps photo below was shared with me, by someone who believes the earth is flat and that polars appears closer to the horizon with distance due to perspective. I was able to illustrate that perspective did not explain observations made in the real world, by overlaying a protractor on his image.

Both flat earth and globe models have Polaris directly above the North Pole. For both the Gleason "flat earth" map, and the globe, 45° latitude, where Polaris is 45° above the horizon, is half way between the North Pole and equator. 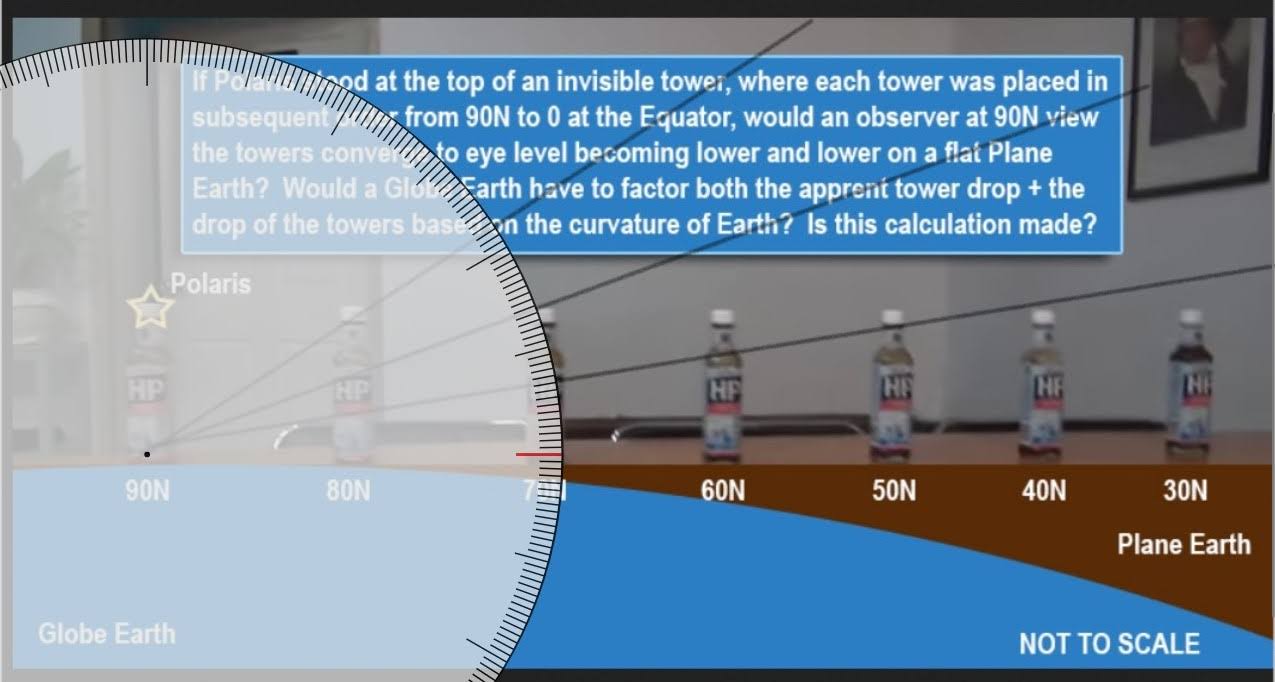 Looks like the old version gallery image no longer appeared, so I've uploaded it again.
L

Perspective does not move physical object's positions. Simple.
You must log in or register to reply here.

Explained: How Mount Rainier helps demonstrate the shape of the globe