Staff member
The goals of Metabunk are
The specific form of bunk focused on at Metabunk is claims of evidence. i.e. individual points that are used to back up a broader theory. For example, the fact that high levels of aluminum are sometimes found in rainwater is used as evidence for the "chemtrails" theory.

Claims of evidence can be debunked in one of two main ways
In some cases the "theory" might simply be "something really strange is going on". You can debunk that just by explaining possible normal explanations for the evidence.

The following are firm guidelines, not absolute rules - there are always exceptions. But if in doubt, then stick to the following

Examples of well focussed topics:
Examples of poorly focussed topics
The above does not strictly apply to threads in MetaDebunking, Site Feedback, and Chitchat, which need only have subject matter that pertains to those particular forums. There's also some more leeway in the Contrails and Chemtrails forum for "meta" discussion specific to the chemtrail theory, and just interesting contrail science.

Guidelines for Responding
Replying to a thread has less strict requirements. But you should try to stick to the following:
Enforcement

The above are guidelines, but the moderators here will attempt to steer things in this direction by:

No it's not. There are thousands of other places you can go on the internet to state your opinion, or to release information. Nothing at all is stopping you from starting your own blog, or posting videos to YouTube. Nobody is restricting your freedom of expression. Nobody is suppressing information.

If you choose to post here, then you agree that your work is subject to these guidelines, and to the enforcement of those guidelines.

A free forum with no rules, guidelines, and enforcement is nothing special. Metabunk has these rules and guidelines, and this makes Metabunk a unique place where people come for specific reasons.

And this handy reference: 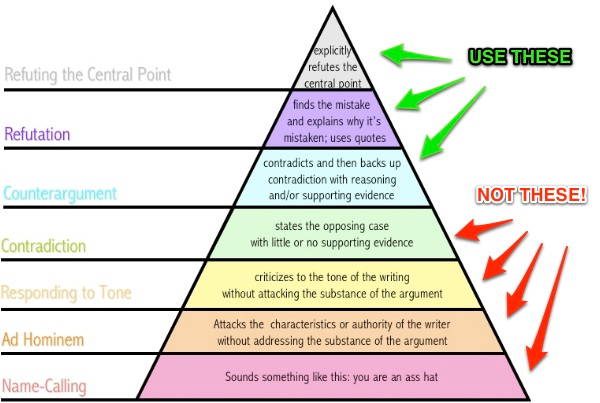 Staff member
I've updated the above slightly to clarify what Metabunk is about. It's about finding bunk, and about debunking that bunk. It's also about discussing the topic of debunking.

Metabunk is not a general discussion forum for speculative theories. It's about finding claims of evidence that are wrong, and then debunking them.

So, posting new threads along the lines of "The Queen is a Lizard, watch this video" will result in the thread being deleted.

Threads like "Do you think there will be a false flag attack at the Super Bowl?" will be deleted.

Threads like "New evidence of Nuclear Demolition of the World Trade Center" will be deleted.

Threads like "Satanic symbols in the Ikea catalog" will be deleted.

If you can't identify a claim of evidence, or it's not about debunking, then do not post it.

D
Poll : Which DOD Navy video do you consider debunked ?