Dutchsinse is at it again, showing images of a WSR-88D weather radar (Dover AFB) that was obviously having maintenance issues and passing it off to his subscribers as " multiple targeted pulses in EVERY direction at the same time." Huh?? 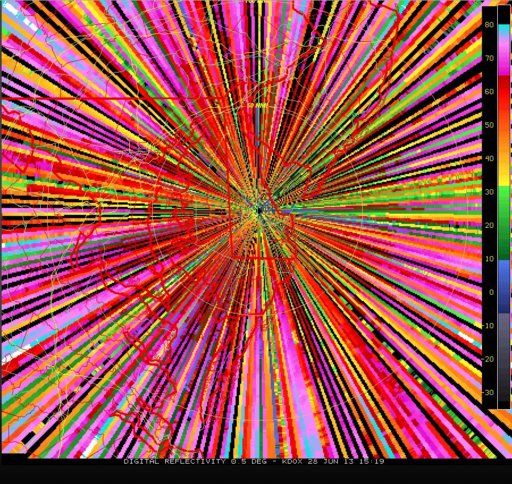 And now, just a few hours later, he is telling all his Facebook and blog subscribers the severe weather in the area is a result of that pulse:

What happened to the 24-48 hours later thing, Dutch?

Anyways - The Wakefield, VA NWS office sent out multiple free text messages stating the Dover WSR-88D would be down for maintenance. In fact, examining previous FTMs over the past few days reveals that this site has been having issues for a while now:

Approximately 2 minutes before Dutch's "pulse" begins to appear on multiple sources, the Dover radar's status was amber alarm with multiple failures listed for the tower pedestal and receiver signal processor. This is a screenshot of the Dover general status message at 1415 UTC (1015 a.m. EST): 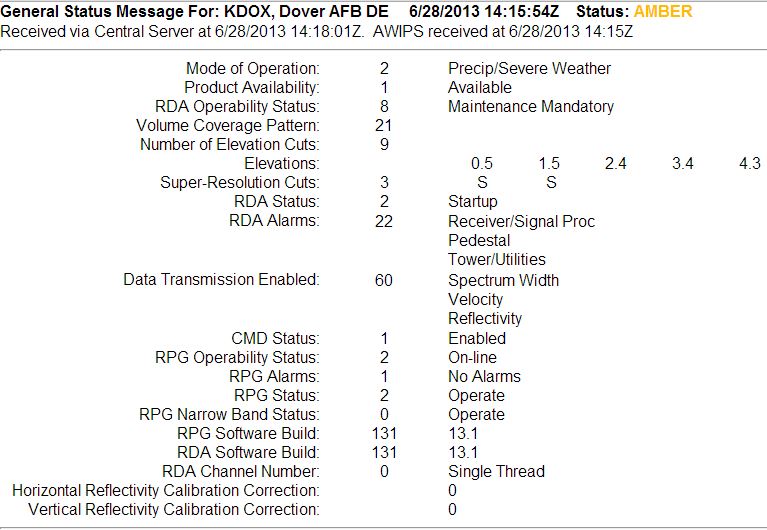 In fact, looking at the Dover network status for today (6/28/13) it becomes quite apparent that it has been up and down several times and it was obviously being troubleshot: 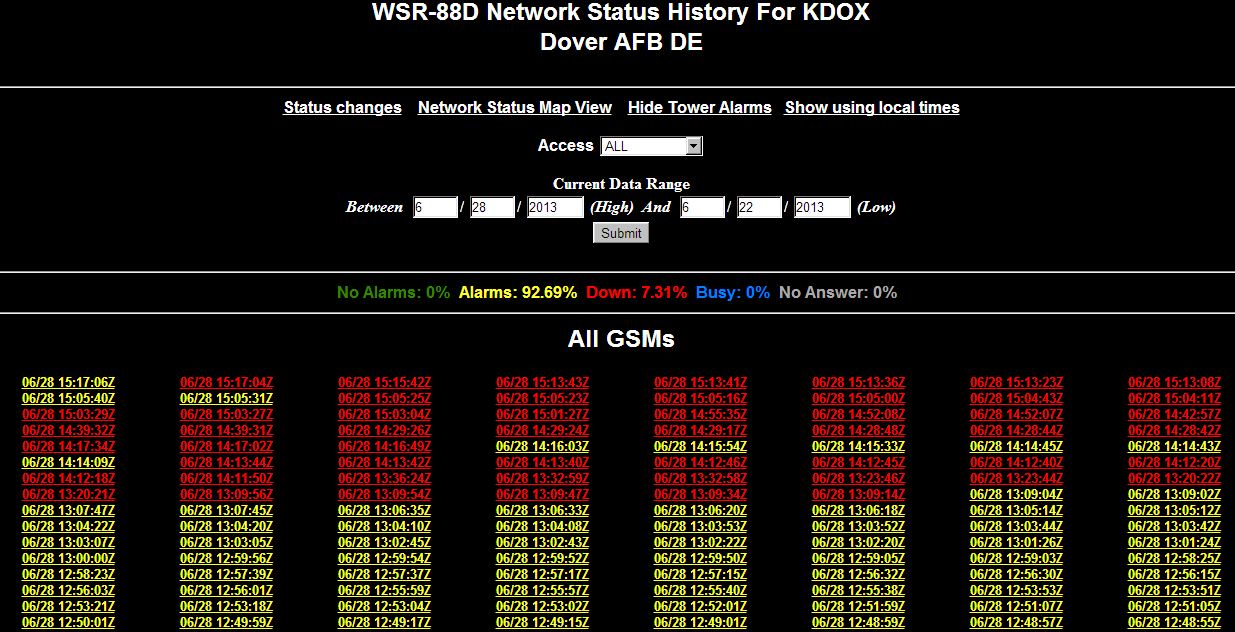 In his blog, Dutch claims the Dover AFB radar is "out of service" and that it's "ironic that the NWS has the radar showing as out of order / no data transmission". No Dutch, nothing ironic here. It's in a red status because it is down for troubleshooting, therefore there are no data transmissions to be monitored. And just like you, I have access to fancy looking data; in fact, much more so than you.

And here's one to ponder Dutch....if this was a "HAARP" pulse, radar pulse, whatever you want to call it and not an internal malfunction of some type within the radar itself - - - why was this energy not visible on the other nearby radars - the Sterling, VA and Philadelphia, PA radars both overlap Dover's range, yet this anomaly was not visible on those radars: 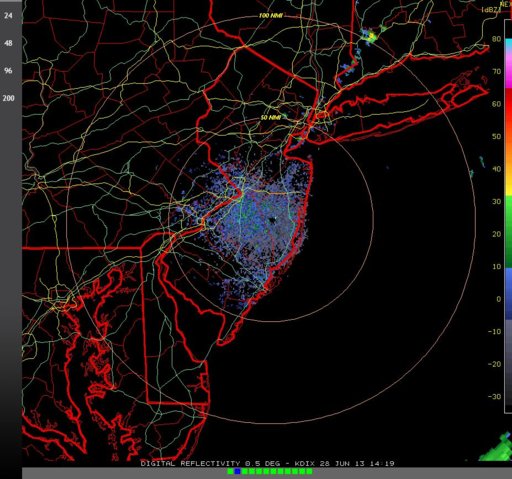 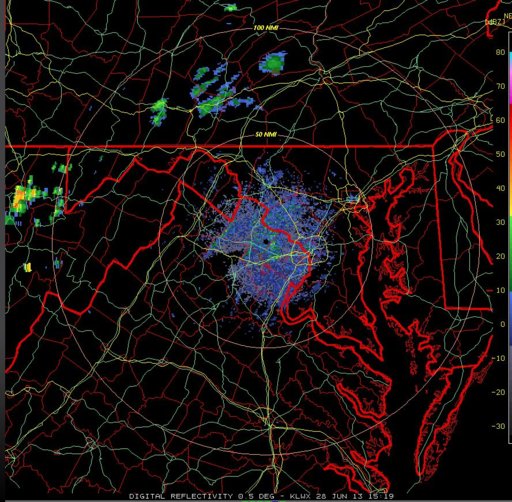 And not surprisingly, a short while later, the Dover radar was back on line and another FTM stating as much was sent out. Mind you, these FTMs are freely accessible to the general public but investigator Dutch never includes them in his posts: 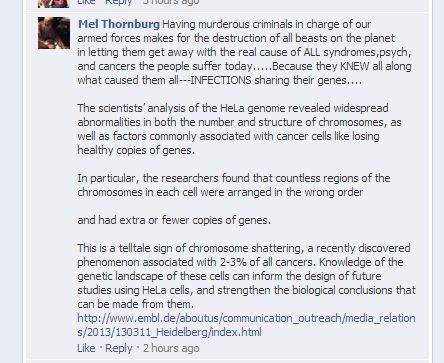 Someone asked on here once why any of us should care what others think, especially if we know with 100 percent certainty what we are debunking is completely false, which in the case of the NEXRAD hoax, I am. It's because of these preceding screenshots. I am so tired of this guy spreading his "theories" and getting a lot of people stirred up for nothing. I'm tired of his accusations against the agency I work for. I see a lot of anger and resentment in the comments on his Facebook page and it scares me. It just seems inevitable that one of these days someone is going to act upon those thoughts.

So Dover Delaware is "pulsing" again, and of course it did not go unnoticed to the keen eye of one Michael Janitch.

No Michael, your "pulse" is most likely the result of dirty slip rings or a bad azimuth encoder. Such problems can cause incorrect or unreliable position measurements, which would then lead to anomalies such as the one seen at Dover.


And the Dover radar has been under a maintenance mandatory condition with alarms for at least a week now: 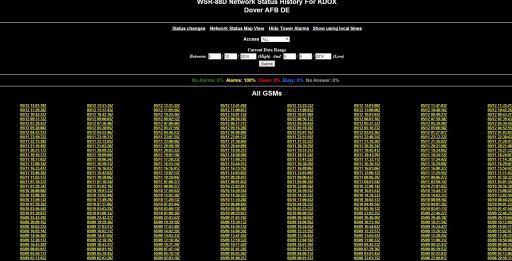 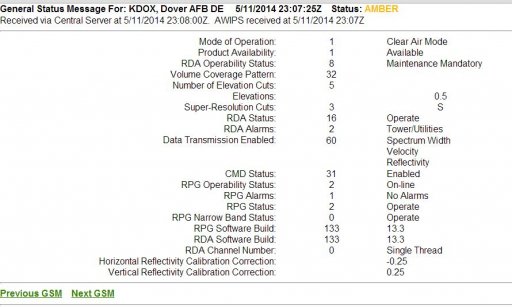 BUT, it's the nonsensical explanation of what dual pol is that really caught my attention: 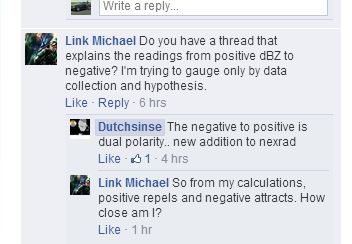 Such a completely unknowledgeable fraud.

http://www.nws.noaa.gov/com/weatherreadynation/news/130425_dualpol.html#.U3DLpfmzF8E
You must log in or register to reply here.