Staff member
If anyone wants a challenge... not much to go on! 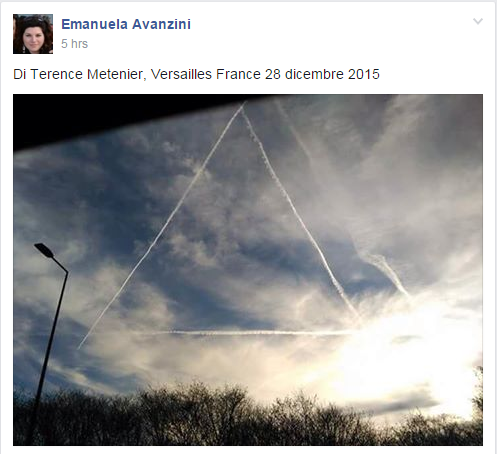 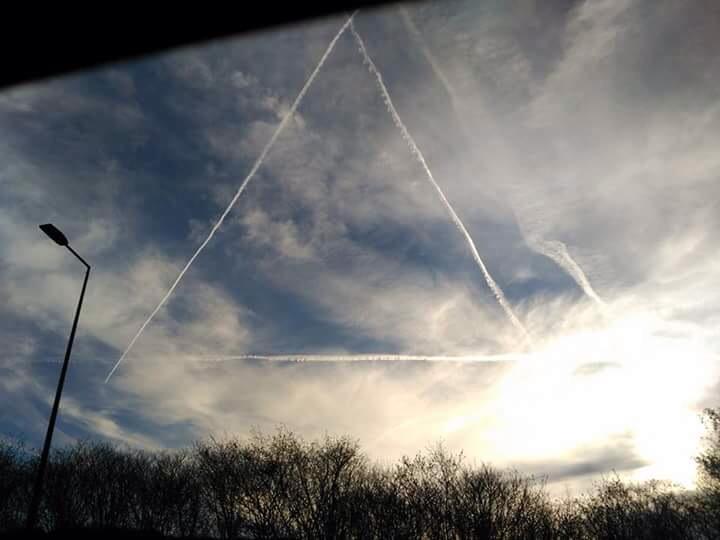 Looks like the photo was actually taken in Versailles, a suburb of Paris, which has two major airports, Charles de Gaulle and Roissy. The contrails continue after the triangle on the lower left and upper corner. Normal air traffic is a possibility.

Steve Funk said:
Looks like the photo was actually taken in Versailles, a suburb of Paris, which has two major airports, Charles de Gaulle and Roissy. The contrails continue after the triangle on the lower left and upper corner. Normal air traffic is a possibility.
Click to expand...

Thread title edited. I am not sure where "Geneva" came from!

And yes I am sure it is normal air traffic, I just thought it might be nice to have a Google Earth overlay like somebody did with the "pentagram" a while back. I'll have a look if I have a chance...

The three contrails in the photo are all young, that is, each of them is just a few minutes of age, and their positions relative the sun are known. Below is a probable solution found with using suncalc.net to follow the sun azimuth and the FR24 playback to find suitable flight combinations. One of the planes is a private jet, the two others are Swiss A340 (LX39) and Royal Air Maroc B737 (AT810): 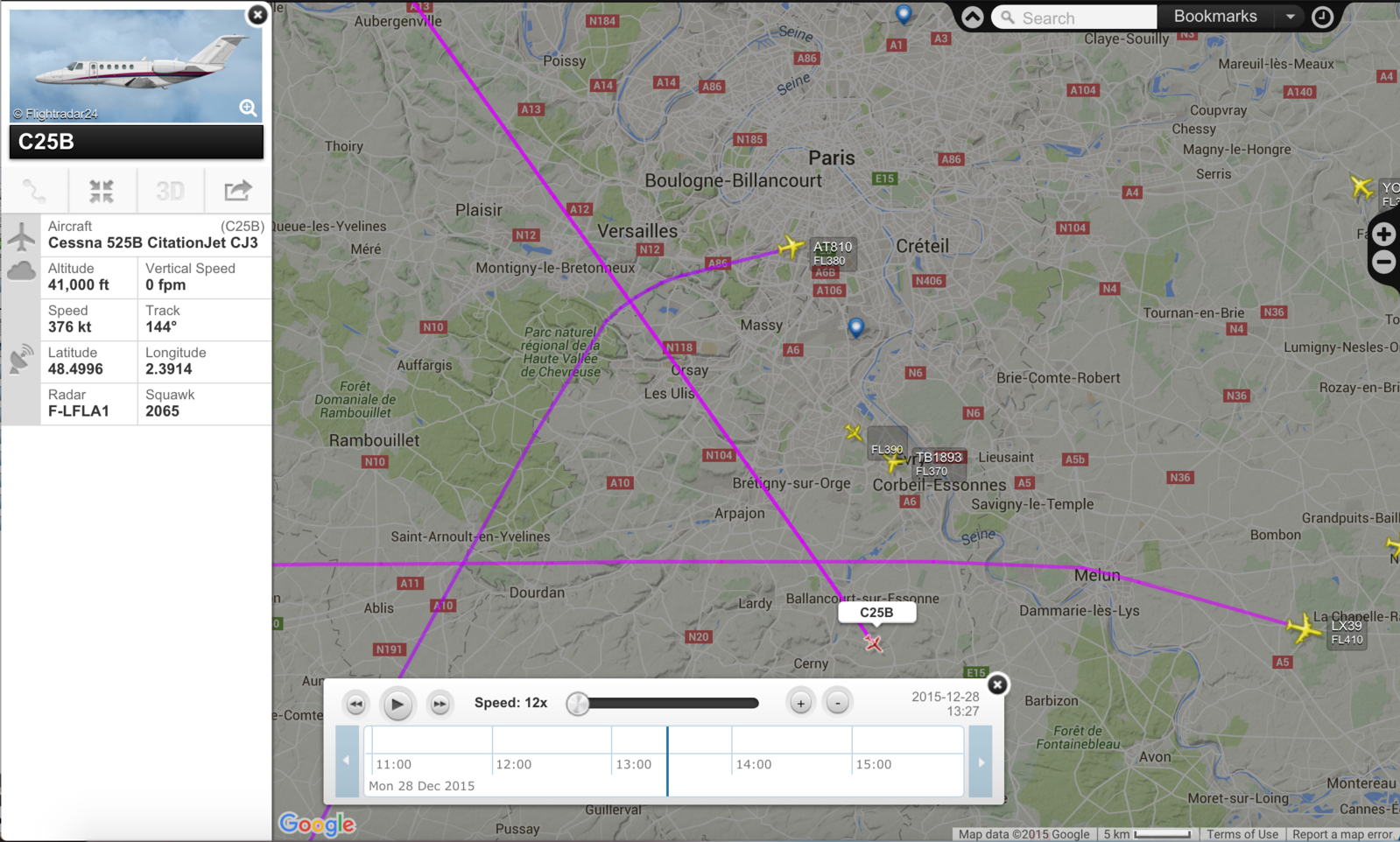 Here is a Google Earth view on the three tracks and the Sun from Versailles shortly after the contrail triangle was formed. For simplification, all tracks were raised to the same (average) altitude of 12,000 meters (40,000 ft): 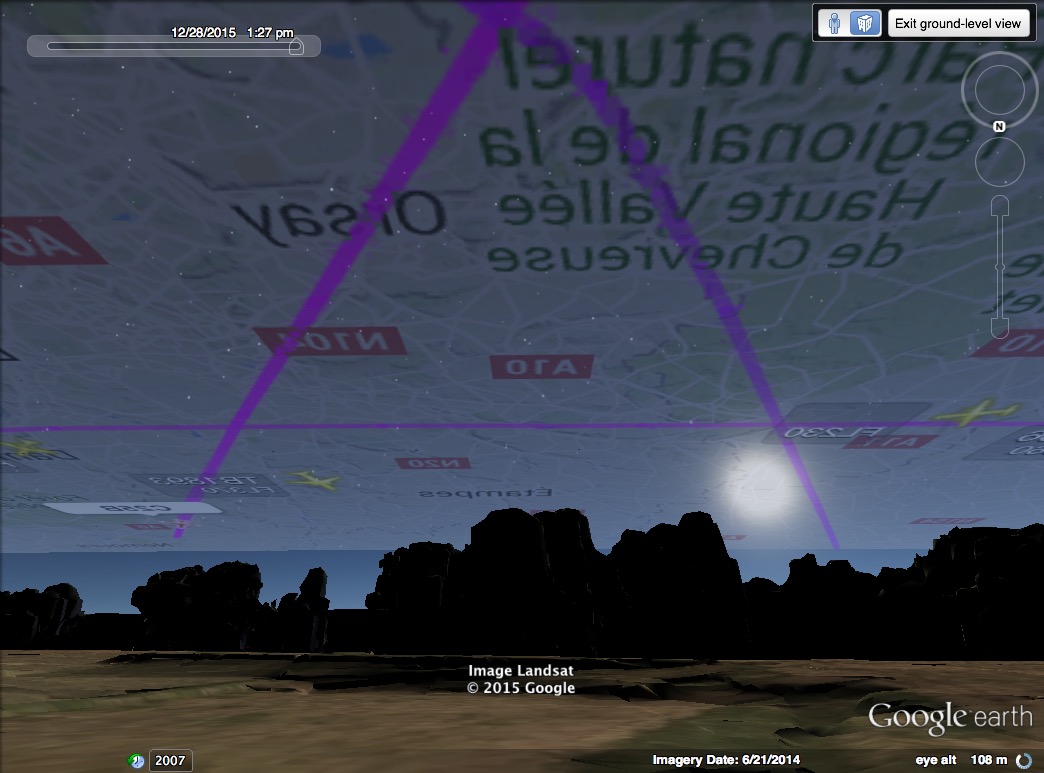 Thanks. There is still room for improvement. I've tried to narrow down the camera location, but could not find a single lamppost of exactly the same design as in OP (single oblong lamp on straight angled neck) in StreetView of Versailles. However, spotted another contrail triangle in Boulevard de la Reine: 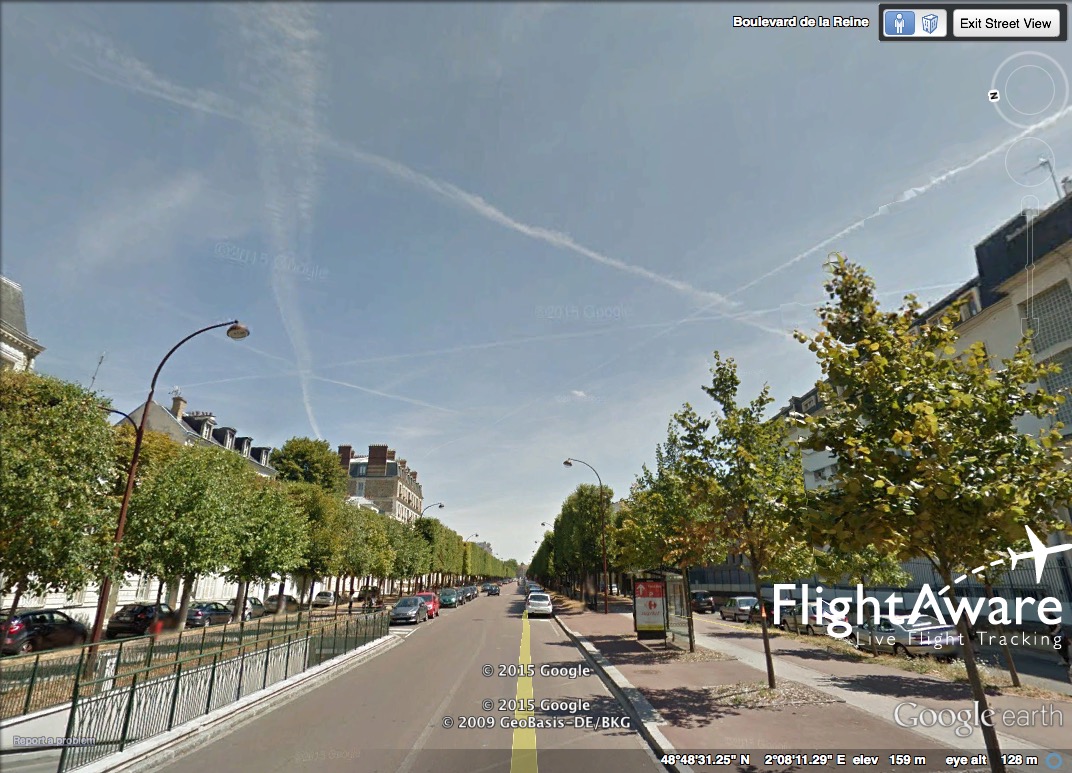 It appears to be a recurrent feature in the skies above Versailles.

Staff member
Paris certainly has a lot of intersecting airways! 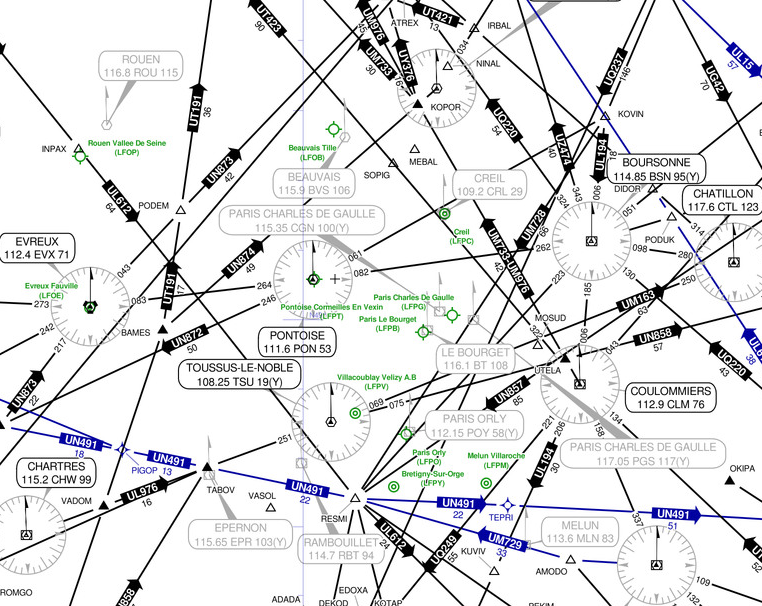 Debunked: Trees being cut down "because they block 5G" (tree replacement in Belgium)
2

A
Needs Debunking: Proposed COVID Vaccine will become part of our DNA, make us programmable