Bizarre alien ship spotted by ISS! Or, you know, maybe not

It looks like internal reflections in the camera lens to me, from the bright earth below.
http://www.mirror.co.uk/news/weird-news/bizarre-megaship-captured-international-space-9974030

A bizarre 'megaship' has allegedly been captured by an International Space Station (ISS) camera before Nasa reportedly dims the feed.

Conspiracy theorists are claiming that the footage could have been altered by the independent space agency to make the objects 'disappear'.

In the clip, a long 'cigar-shaped' UFO is seen hovering above the Earth's horizon with two bright reflective-objects sitting just below.

Not sure if debunking tabloids is worth while, though. The video shows the artifact moving around and fading in and out as the camera angle changes, so it's not an aurora. 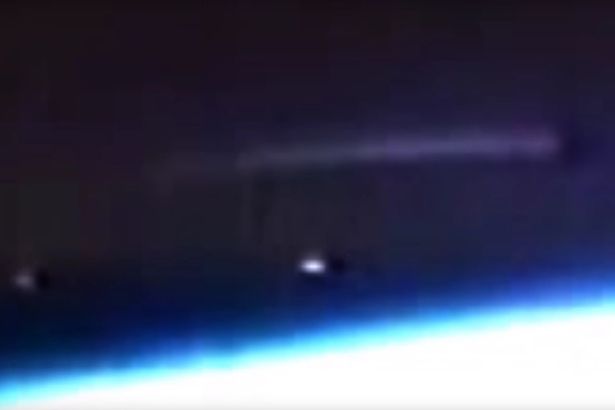 In comparison, the image at Wikipedia for lens flare shows similar arcs forming from nearby bright objects 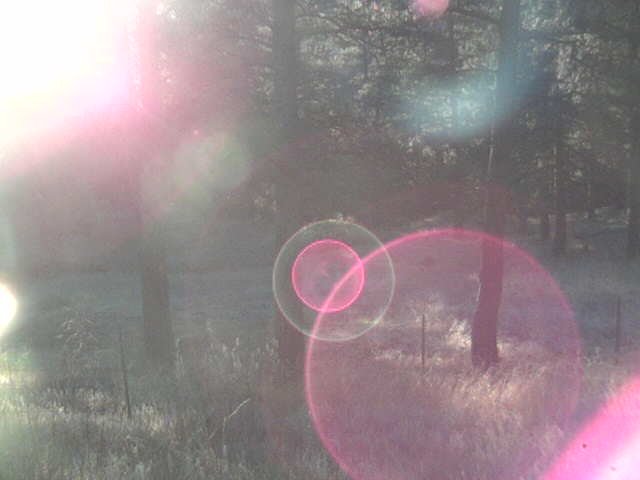 Staff member
Yes, reflections. Although the video at that link is such poor quality it is hard to see what is going on. See this thread for better videos of the same effect: https://www.metabunk.org/iss-donut-ufo-lens-flare.t8350/

Trailblazer said:
Although the video at that link is such poor quality it is hard to see what is going on
Click to expand...

I added original video. which you still cant really see much. the uploader says

Sorry about quality, but it was hundreds of miles away. Streetcap1. 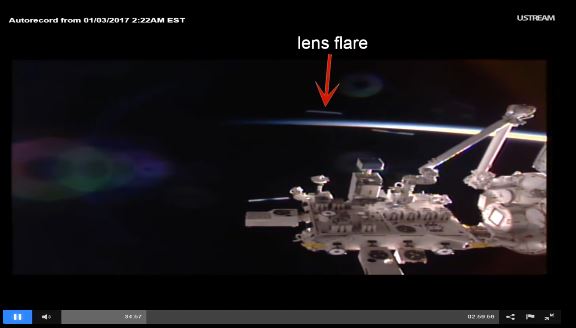