Ironically this 'contrail' is made of some pretty nasty stuff, but it didn't half catch the sunlight just right: 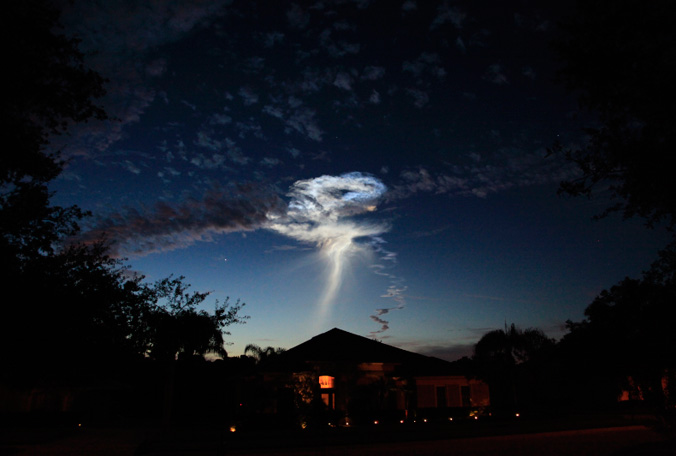 It is interesting to see the different camera angles. I watched from the lagoon in Cocoa so it arced across my field of vision from left to right before heading down range. The photos looking toward the southeast are interesting because it looks like it goes up and then back down.

We are bathed in a maritime subtropical airmass right now that is quite free of particulates so atmospheric transparency is excellent. This morning's launch was probably the most brilliant that I have seen.
Last edited: Sep 2, 2015

this popped up in my FB page

oh some wtf cussing in here

http://www.wtsp.com/story/news/loca...-v-rocket-blasts-off-cape-canaveral/71562536/
You must log in or register to reply here.