Last week, on Thursday 9 July 2015, I took a few pictures of an aerodynamic contrail in Dublin, Ireland: 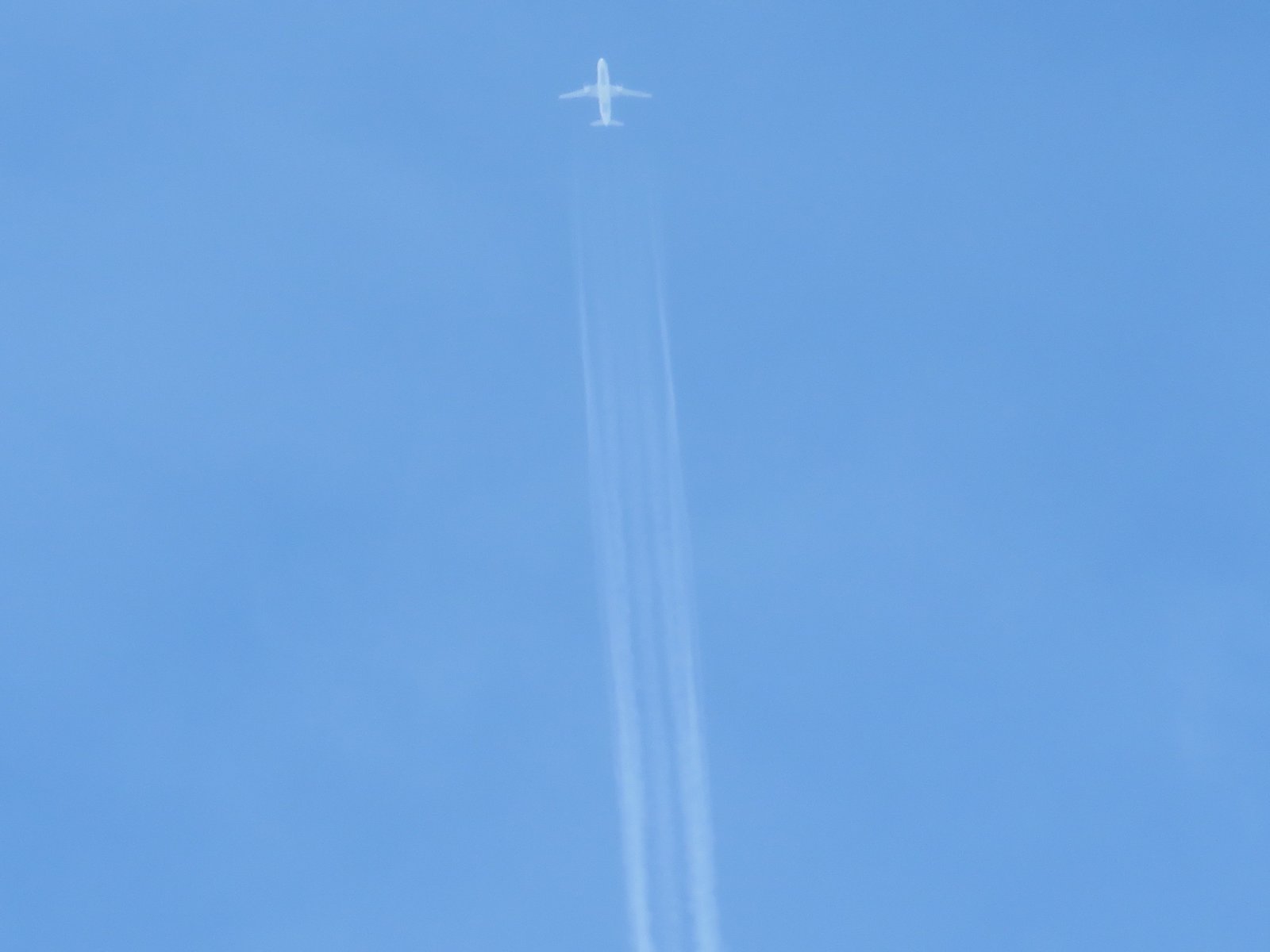 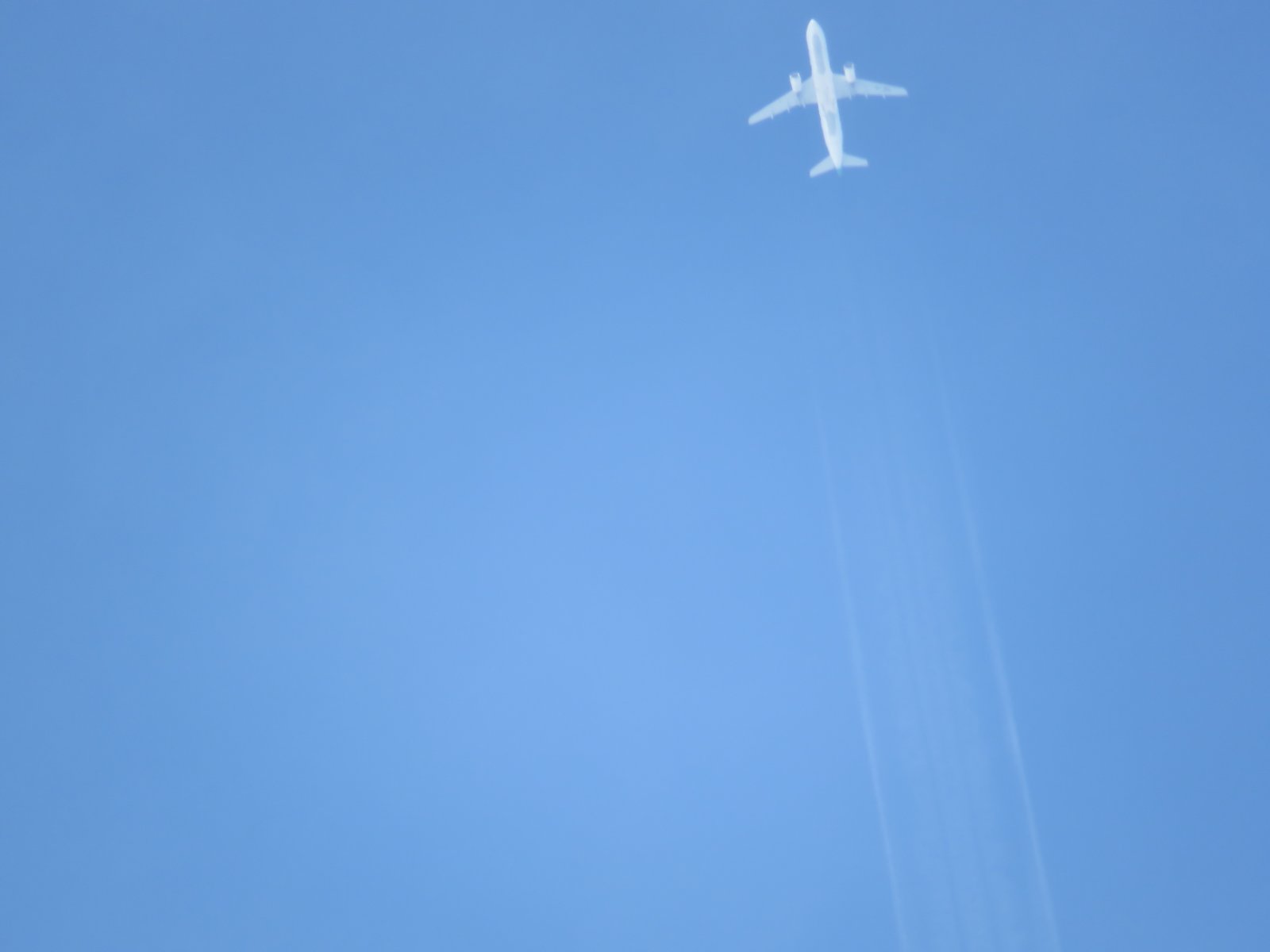 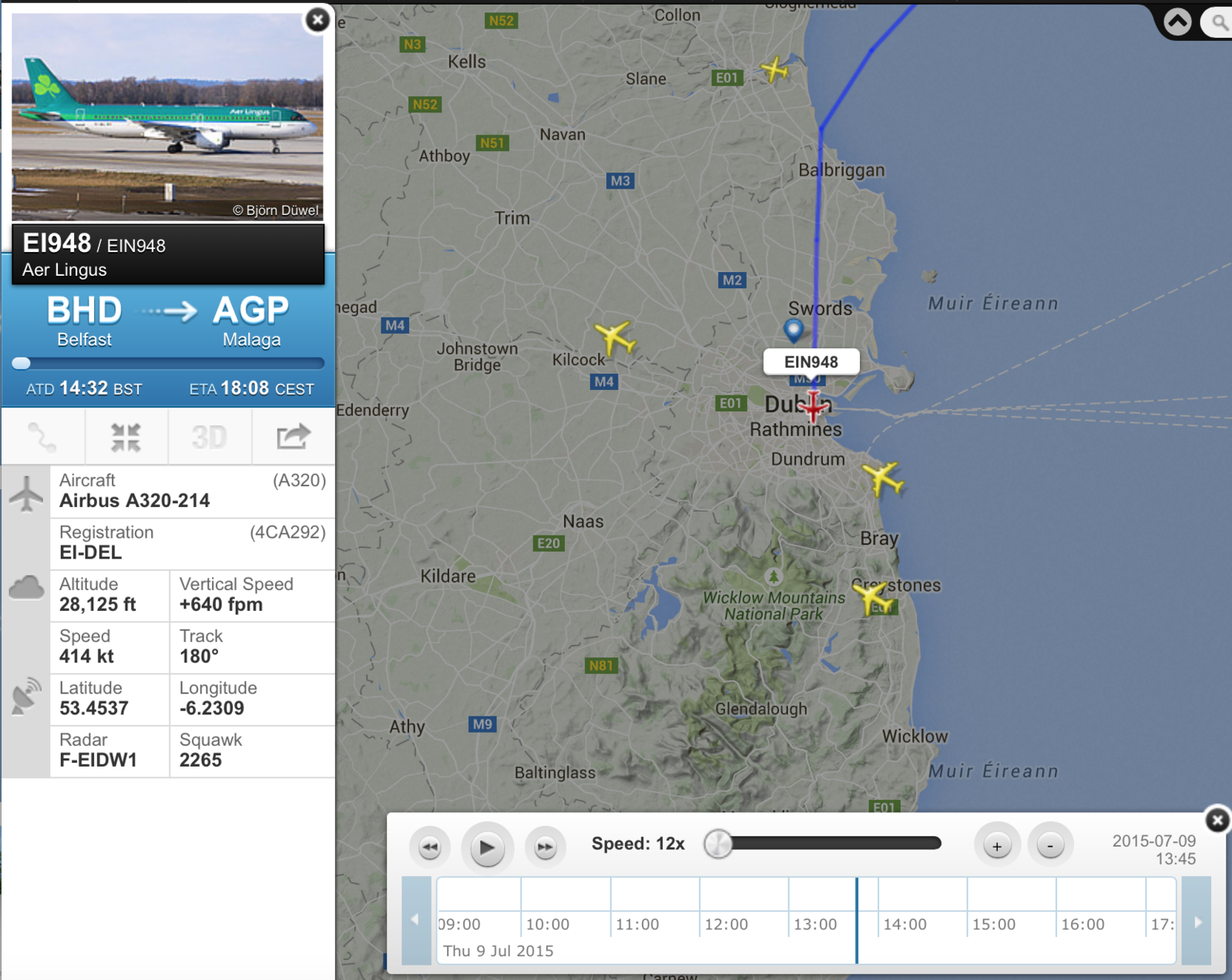 It was a purely aerodynamic contrail, however, it resembled an ordinary exhaust contrail in a number of aspects. It was so thin in the beginning that there appeared to be a gap between the plane and its trail. The trail's density increased with the distance from the plane and was shaped by the wake vortices into two parallel tubes merging together at the distal end: 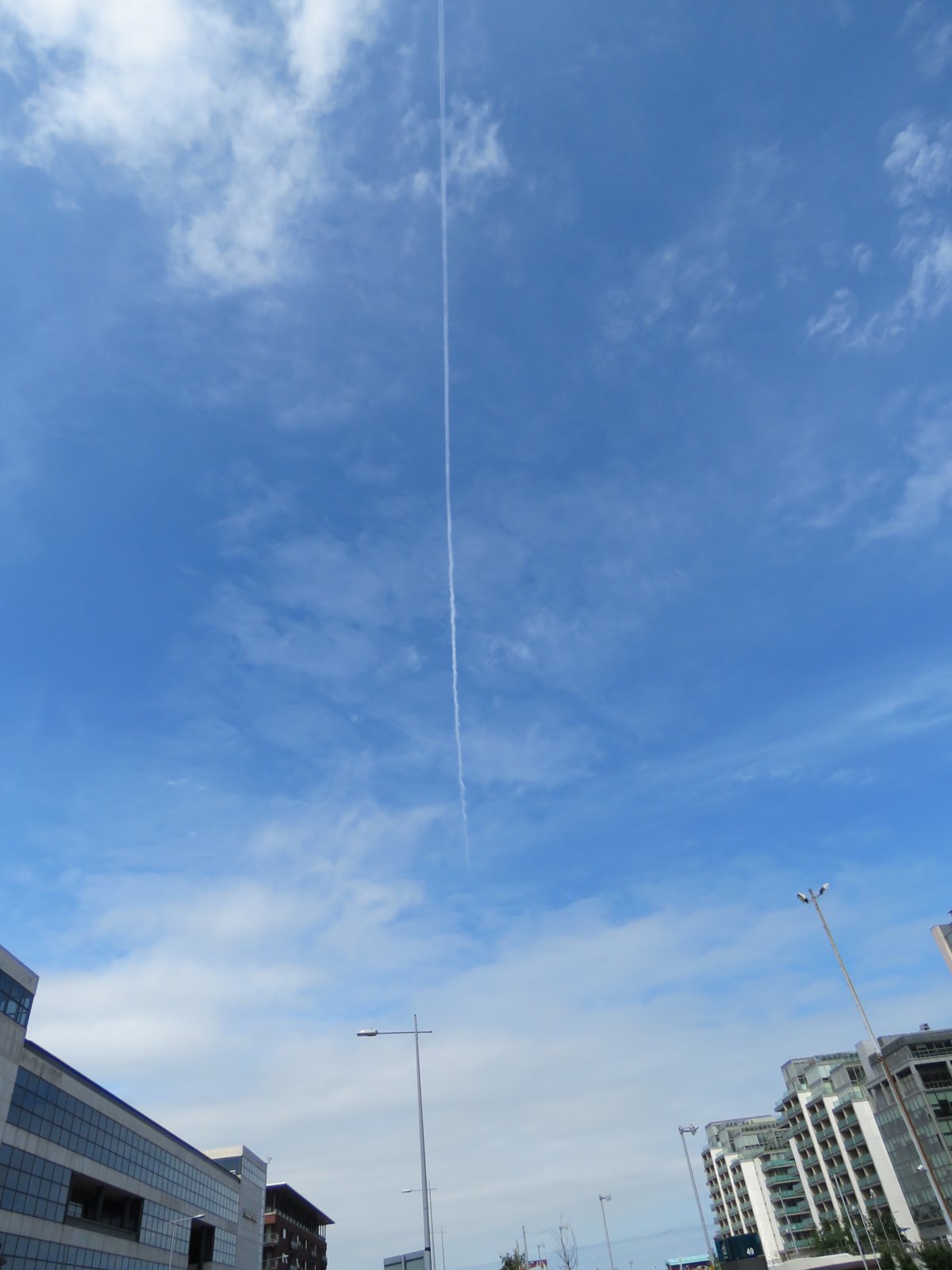 Initially the trail was right overhead and therefore looked rather long, but I could see its both ends where the plane entered and exited the layer of ice-supersaturated air. The following evolution of the trail was rather conventional, with pendules forming due to the Crow instability: 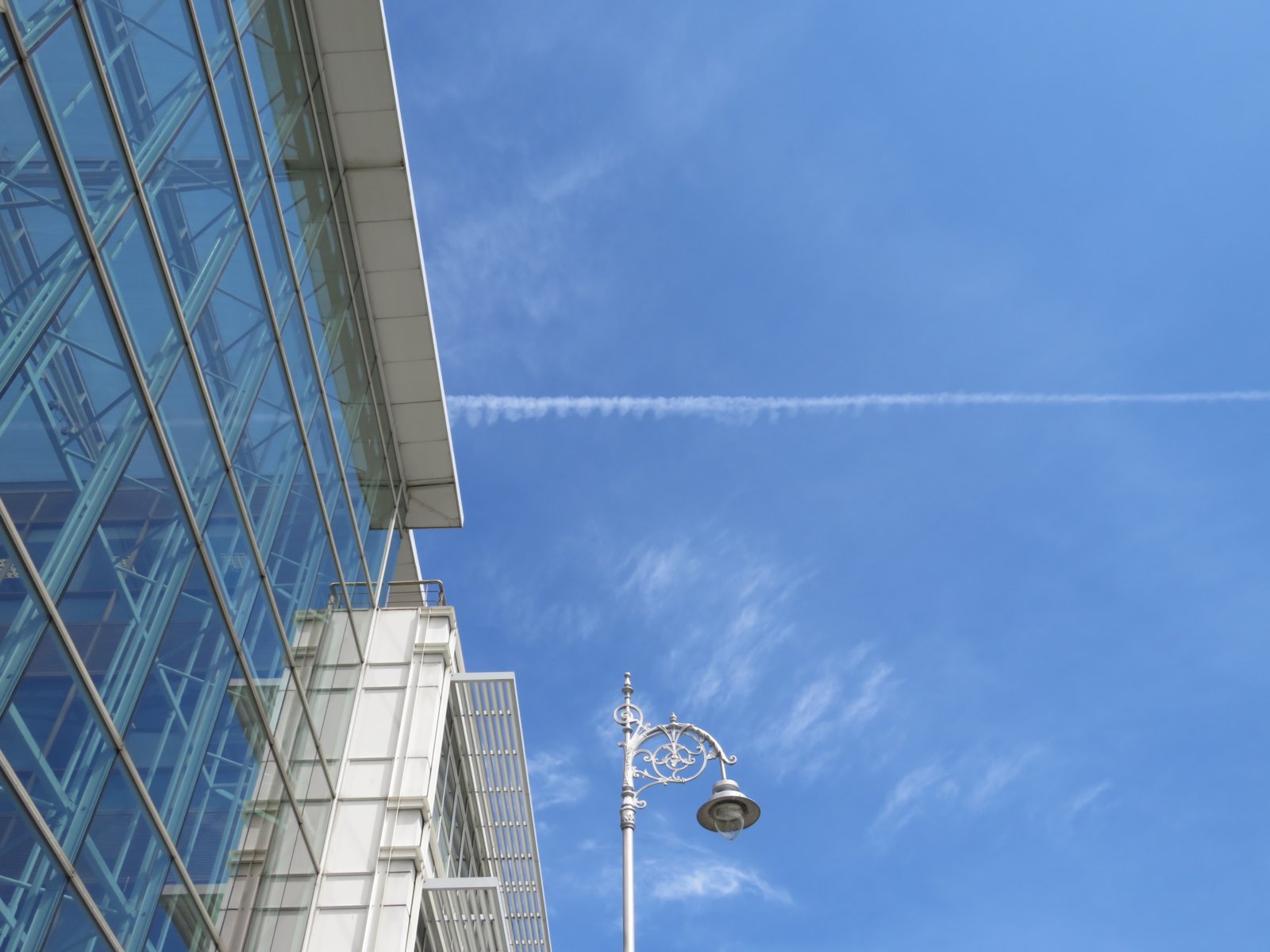 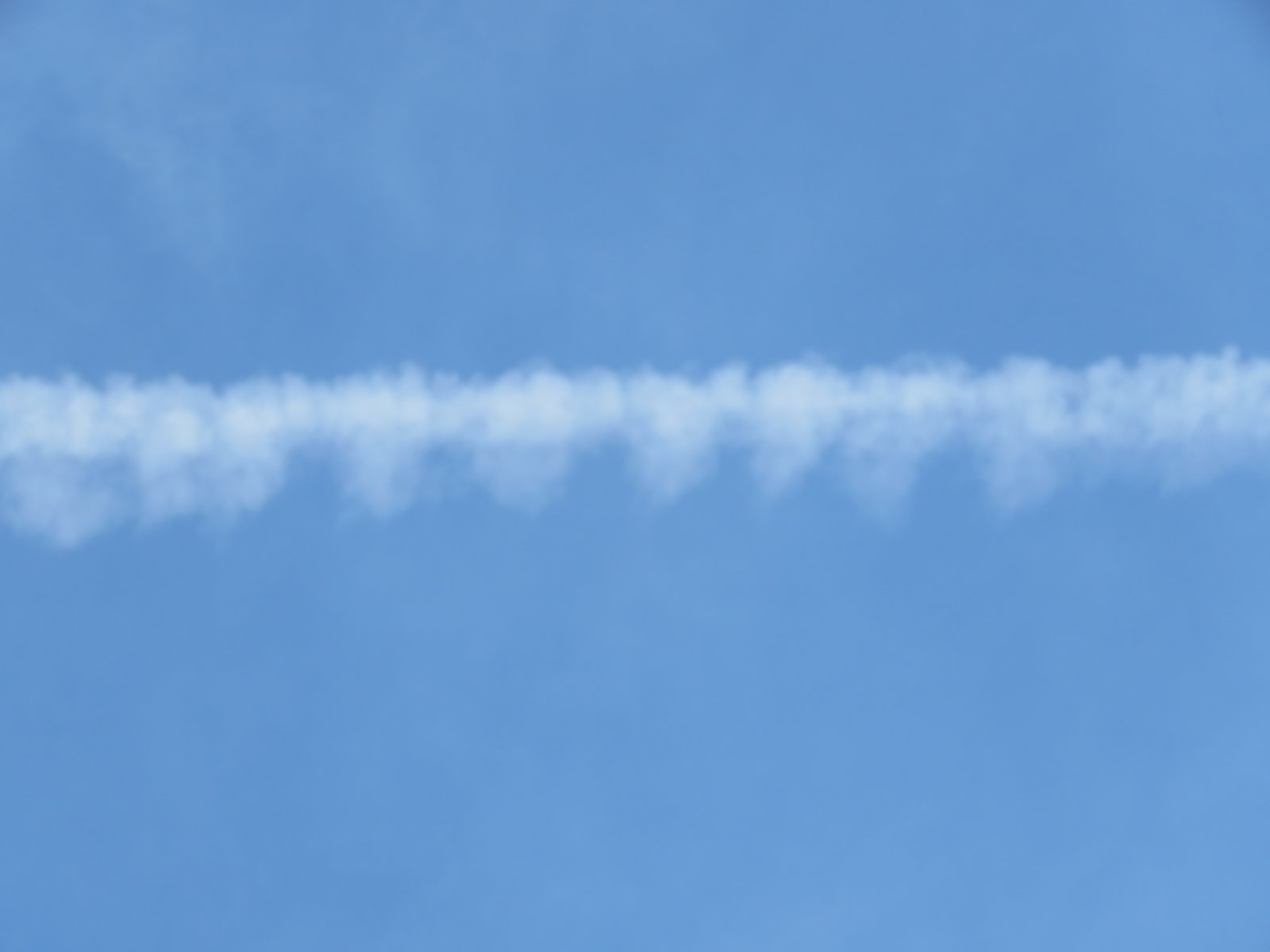 The trail was gradually spreading out while carried away by the wind, with its lower (left) end getting denser, presumably because of a higher absolute humidity than at its higher (right) end: 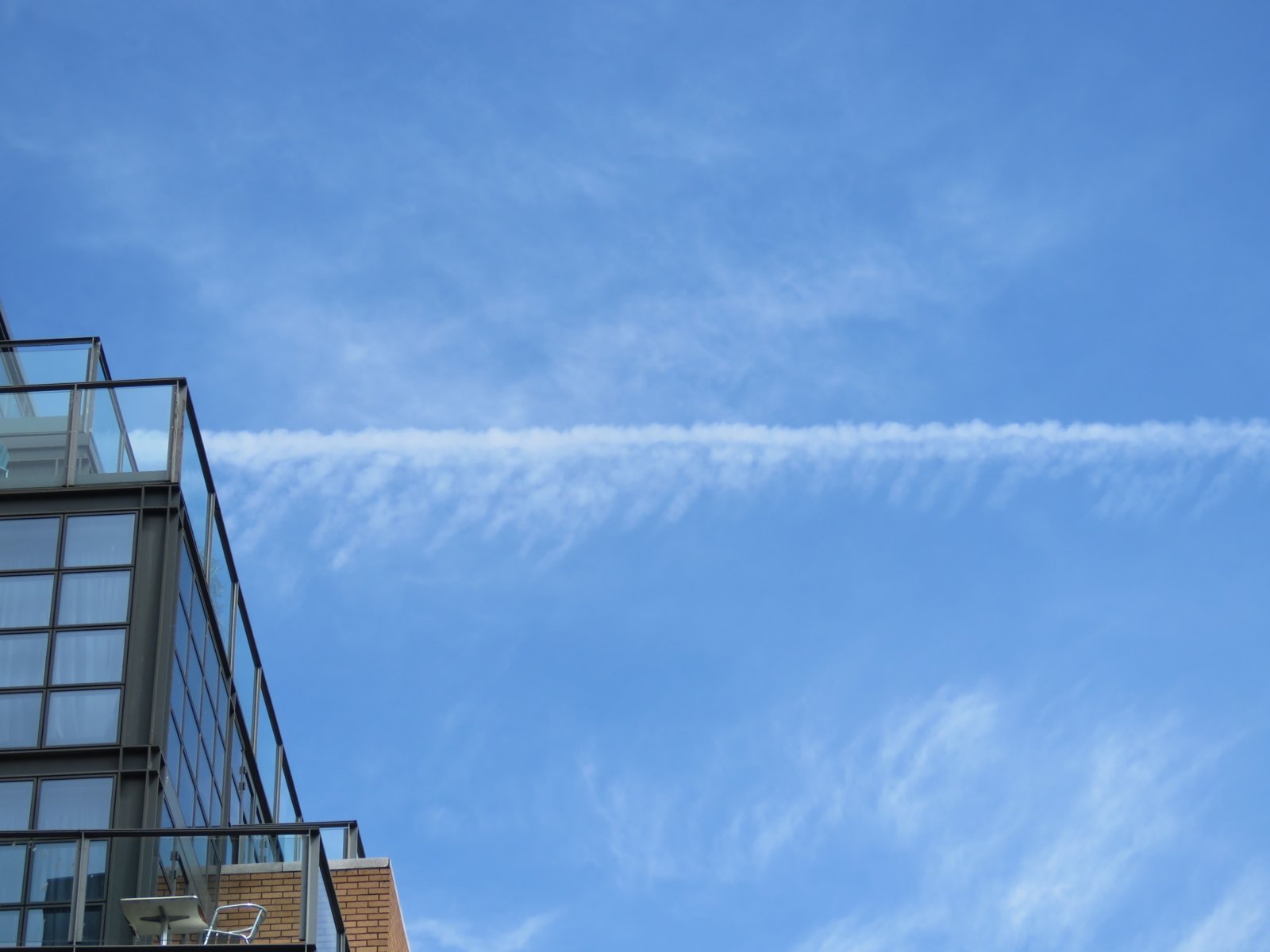 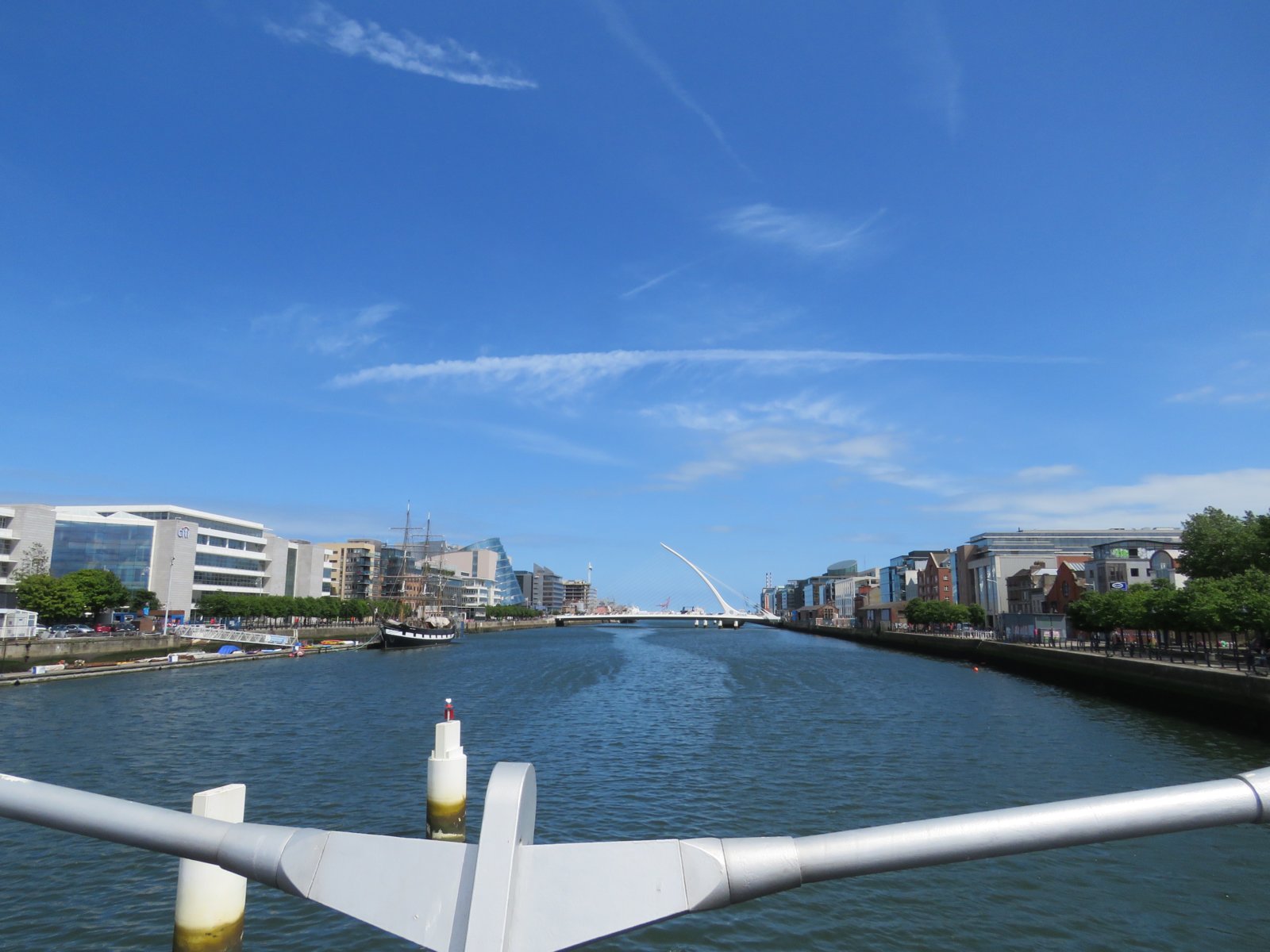 A few minutes later I spotted another aerodynamic contrail left by a heavier A340 at 32,000 ft: 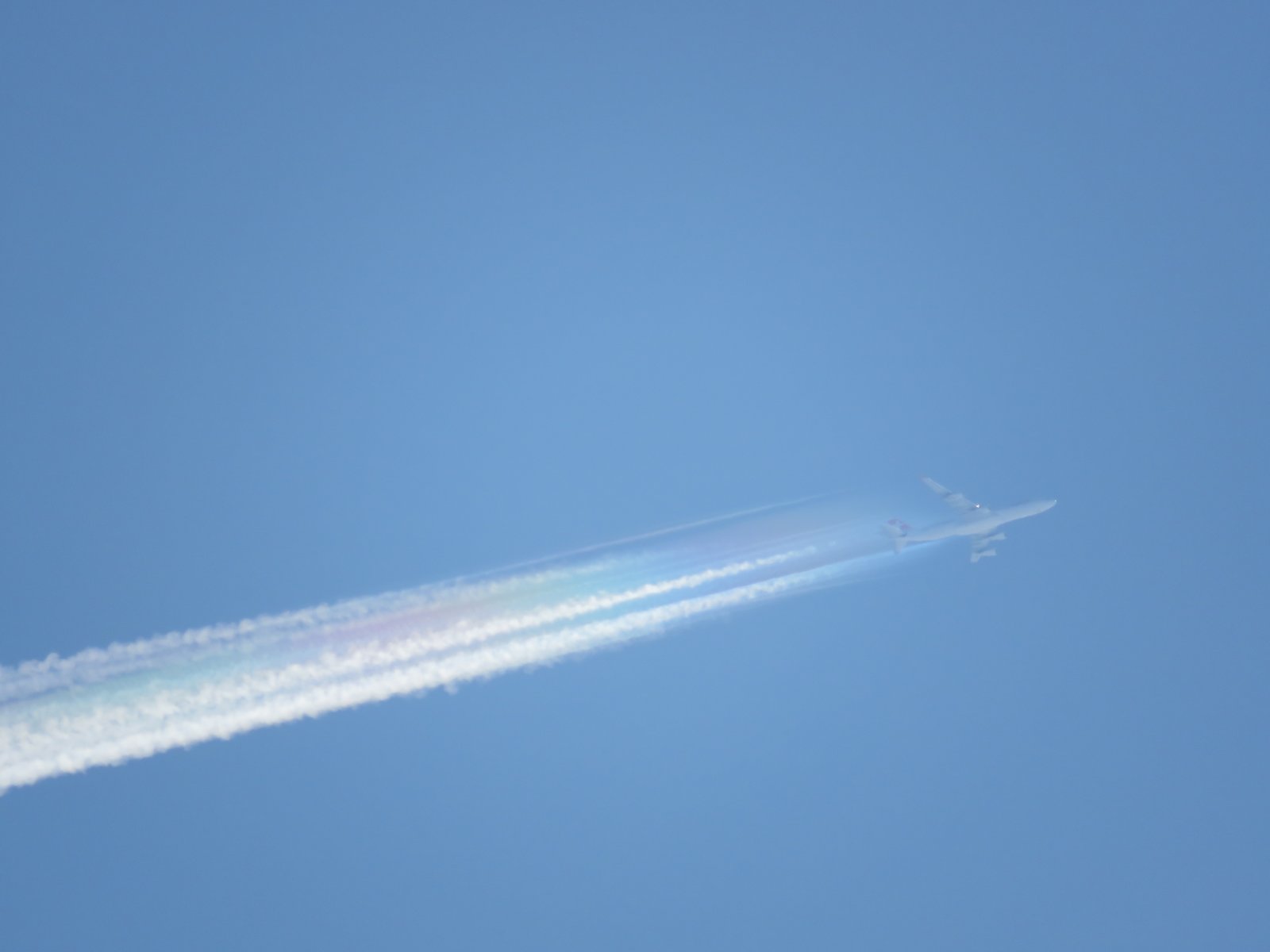 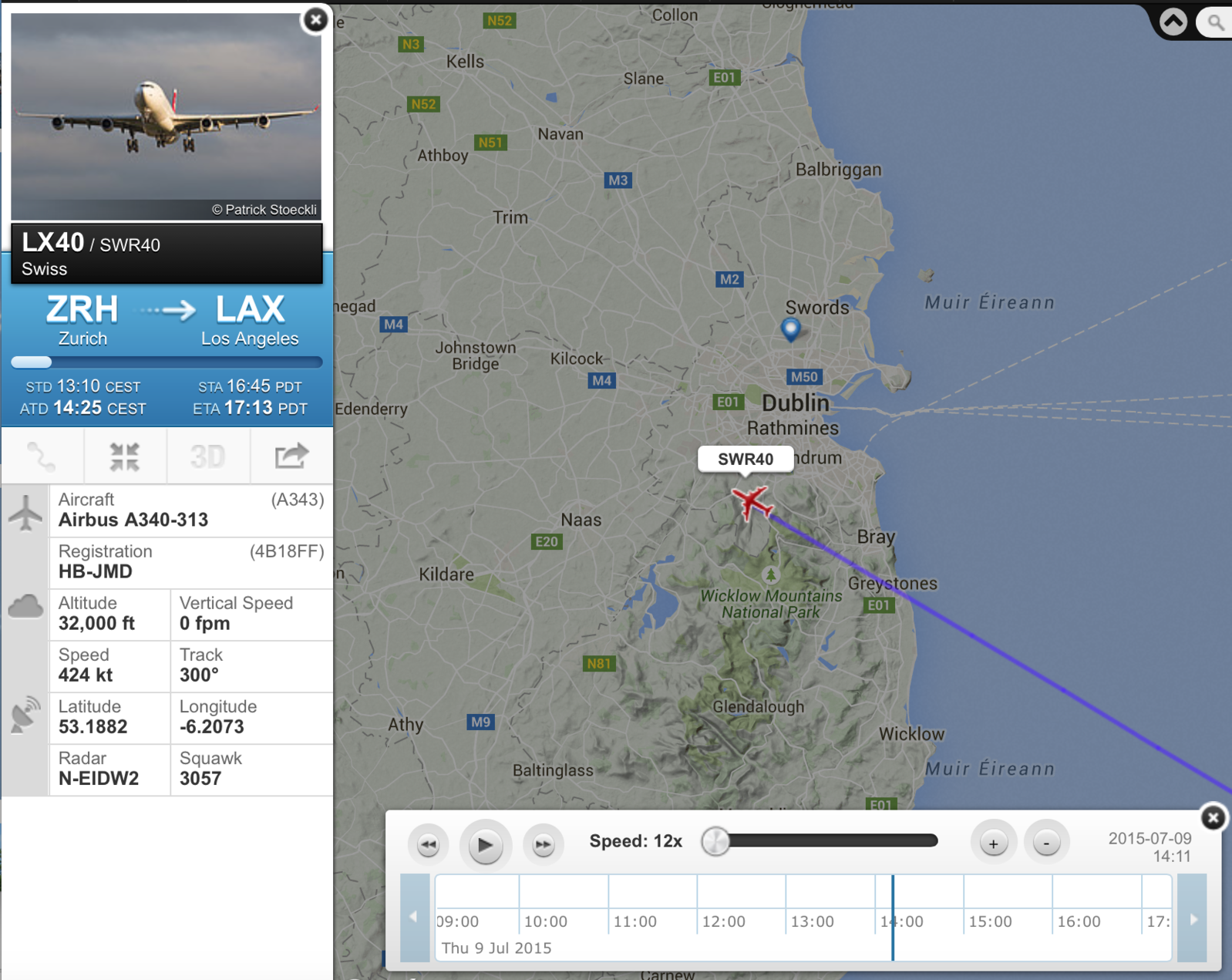 This was a mixed contrail, with the exhaust plumes of both inner and outer engines being visible behind the plane, and it was evolving in a similar way before being obscured by low clouds: 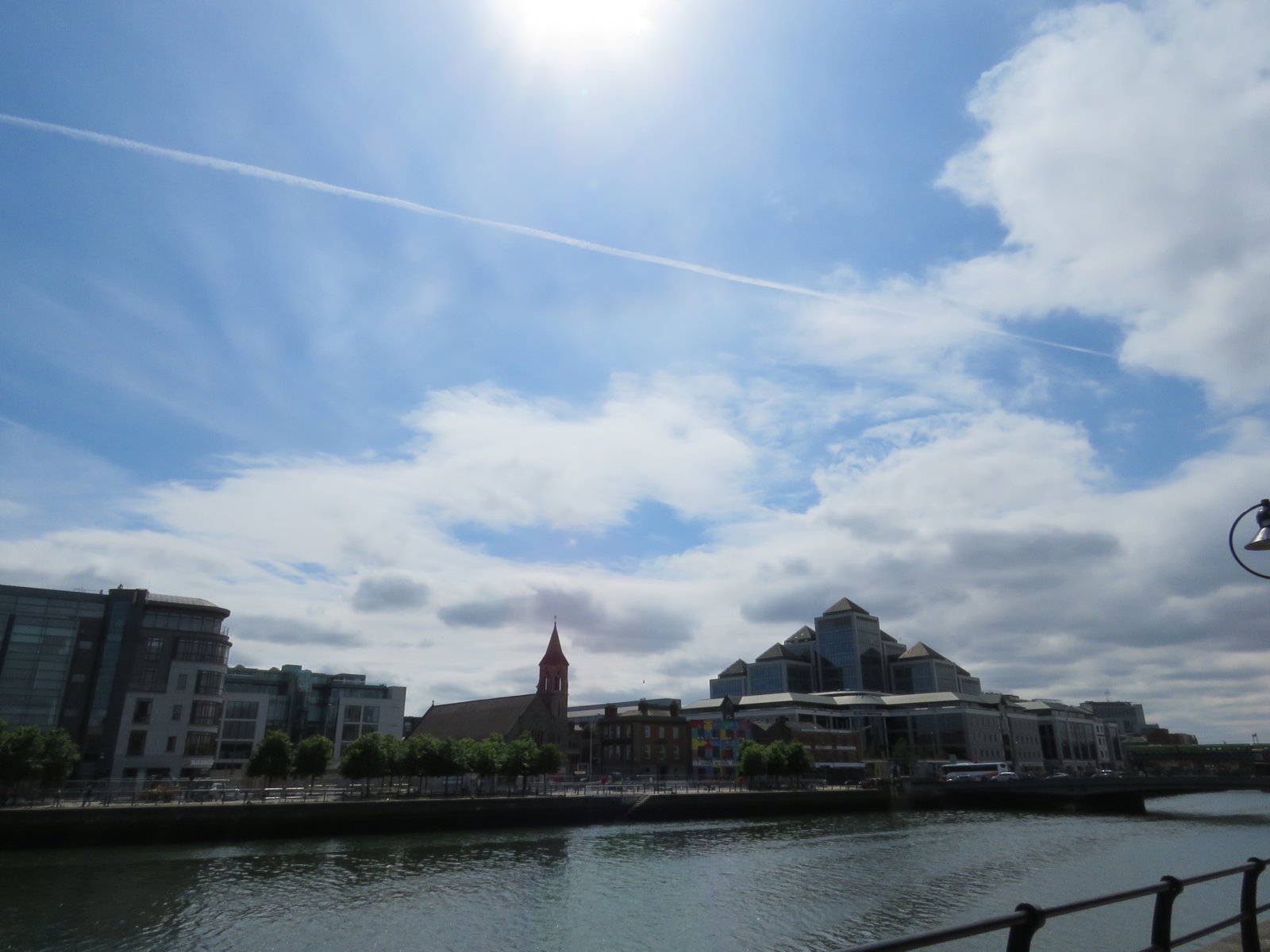 I think this is an aerodynamic contrail.


The "orbs" just seem to be camera artifacts.

The disappearance of the plane I think can be explained: The distant plane moves into an area of increased cloudiness. It isn't hidden by the clouds. It's a problem of contrast. The already washed out image of the distant plane becomes more washed out by the increased brightness of the surrounding sky. The relative position of the plane to the Sun may be a factor also. Perhaps less light is being reflected to the camera. And/or the clouds are brighter. There is less specular reflection from the plane's surface and more diffuse light from the clouds. Some combination.
Last edited: Sep 27, 2015 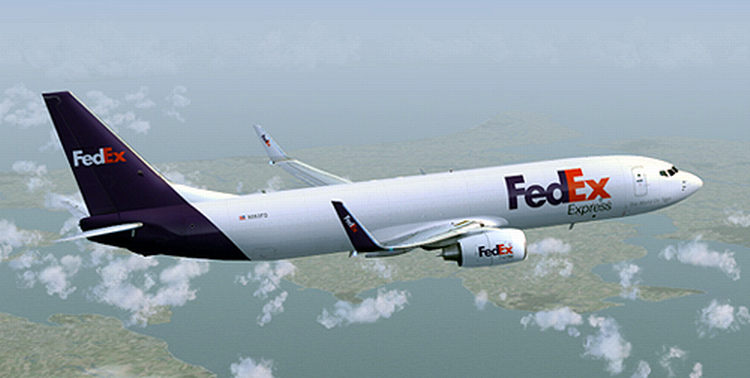 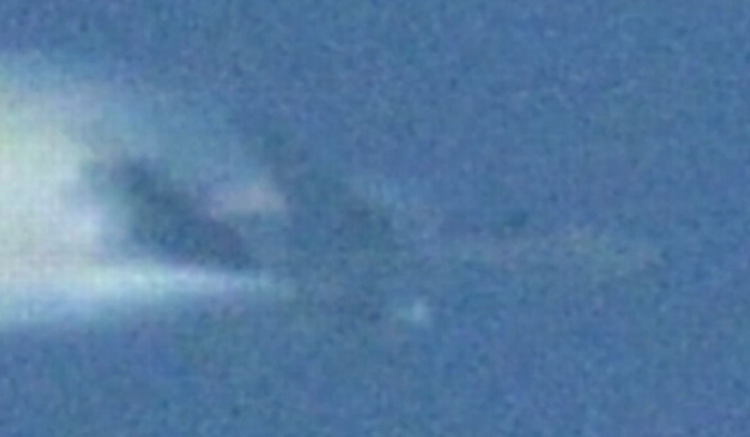 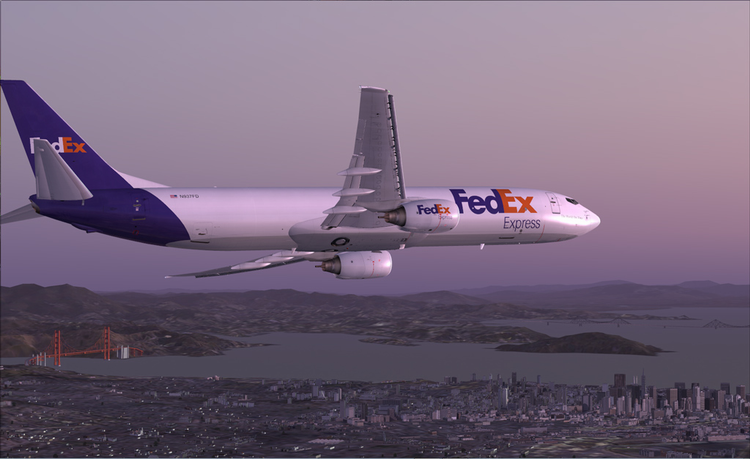 I'd guess DC-10 myself. You can see the third engine on the vertical stabilizer. 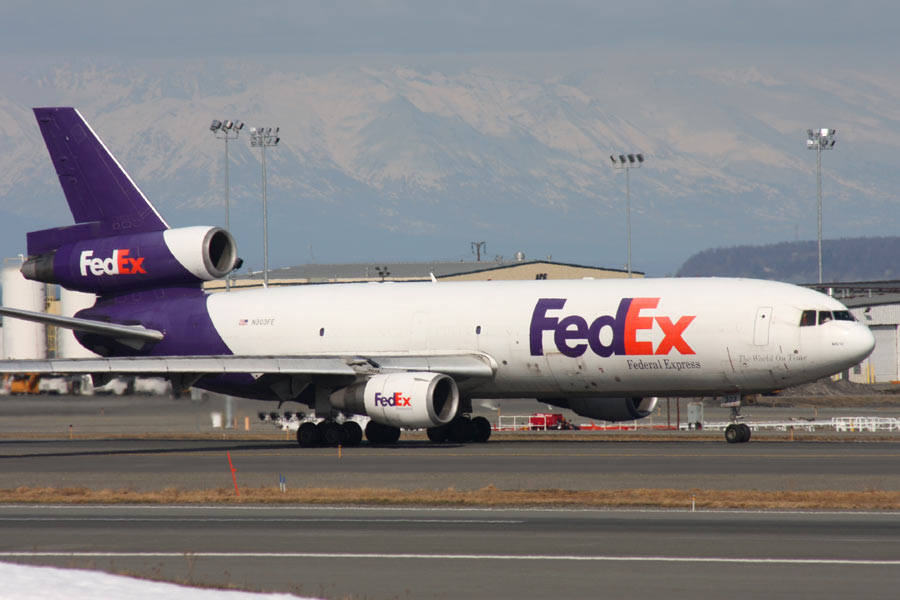 Spectrar Ghost said:
I'd guess DC-10 myself. You can see the third engine on the vertical stabilizer.
Click to expand...

I have taken video of an intermittent aerodynamic contrail today with the full optical zoom on the aircraft (A340) passing nearly overhead:
Source: https://www.youtube.com/watch?v=P3-IWfgsEeM

I recommend to watch it at 0.25 speed for the middle part.

As the aircraft travelled through the air of varied humidity, it produced many small irregular patches of aerodynamic contrail, which then were shaped by the wake vortices. In contrast, the trails entrained by the wingtip vortices were contiguous, resulting in two long parallel thin contrails indistinguishable from the "hybrid" contrails, which linked together wider and more persistent contrail patches.
You must log in or register to reply here.