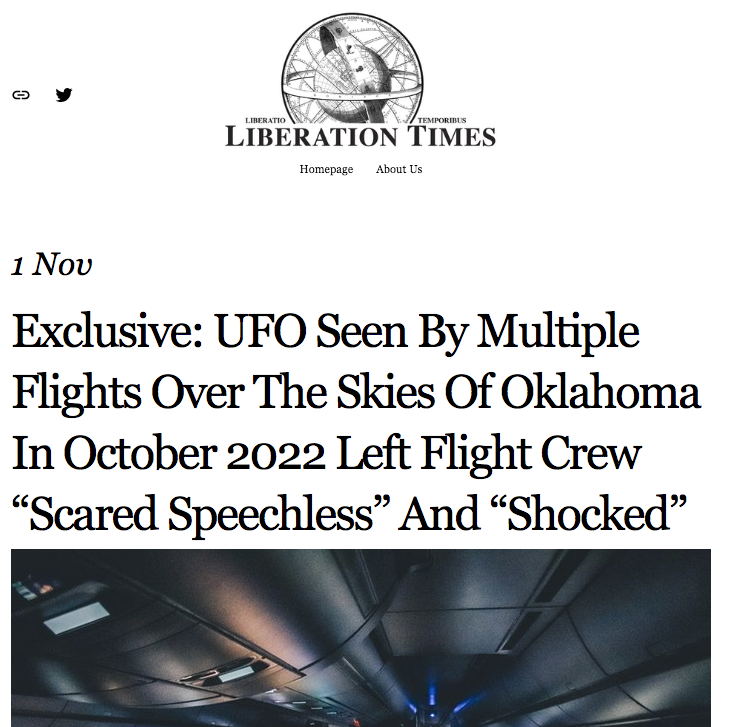 A newly uncovered incident involving multiple commercial airlines and Unidentified Aerial Phenomena (UAP) over the skies of Oklahoma on 2 October 2022, caused the crew on board one flight to feel “scared speechless” and “shocked”.
The incident occurred in the early morning hours and in recordings obtained by FBI special agent and Discovery+ host Ben Hansen, a Delta flight can be heard speaking to Kansas City Air Traffic Control (ATC), stating:

The UAP appeared to be to the north of aircraft reporting the light, meaning it may have been over the Kansas area, across its nearby state border with Oklahoma. ATC could not identify the UAP, and one flight crew also reported it to be “a lot higher”, perhaps out of Air Traffic radar range.

ATC can be heard telling the Delta flight that there is an Airbus 320 80 miles away at 10 o’clock, but the Delta pilot appeared to rule this out, responding:

“Unless they’re doing 360s with their lights on, I don’t know what else it is.”
Click to expand...

Military aircrews are required to attend regularly scheduled flight safety briefings, in USAF these are quarterly. I wonder if commercial airline rated aircrew must attend similar safety briefings, and if so, are they being shown Starlink videos?

If it is, then I'm three for three with sun elevation. I looked at the Virginia case and the Channel Islands one before and now this - sun is always around 40° below the horizon when viewed from the surface.

Staff member
Again the emphasis in the video seems to be on the fact that someone reported seeing something they couldn't explain, rather than trying to explain what they saw. I'd have thought by now that Ben Hansen would either 1) use our methods to show that the are Starlink satellites or 2) try to refute our methods and show that this isn't Starlink. But no mention of Metabunk at all.

Anyway, on with the investigation. The time of the sighting seems to be around 9am UTC, going by the Flightradar24 playback. 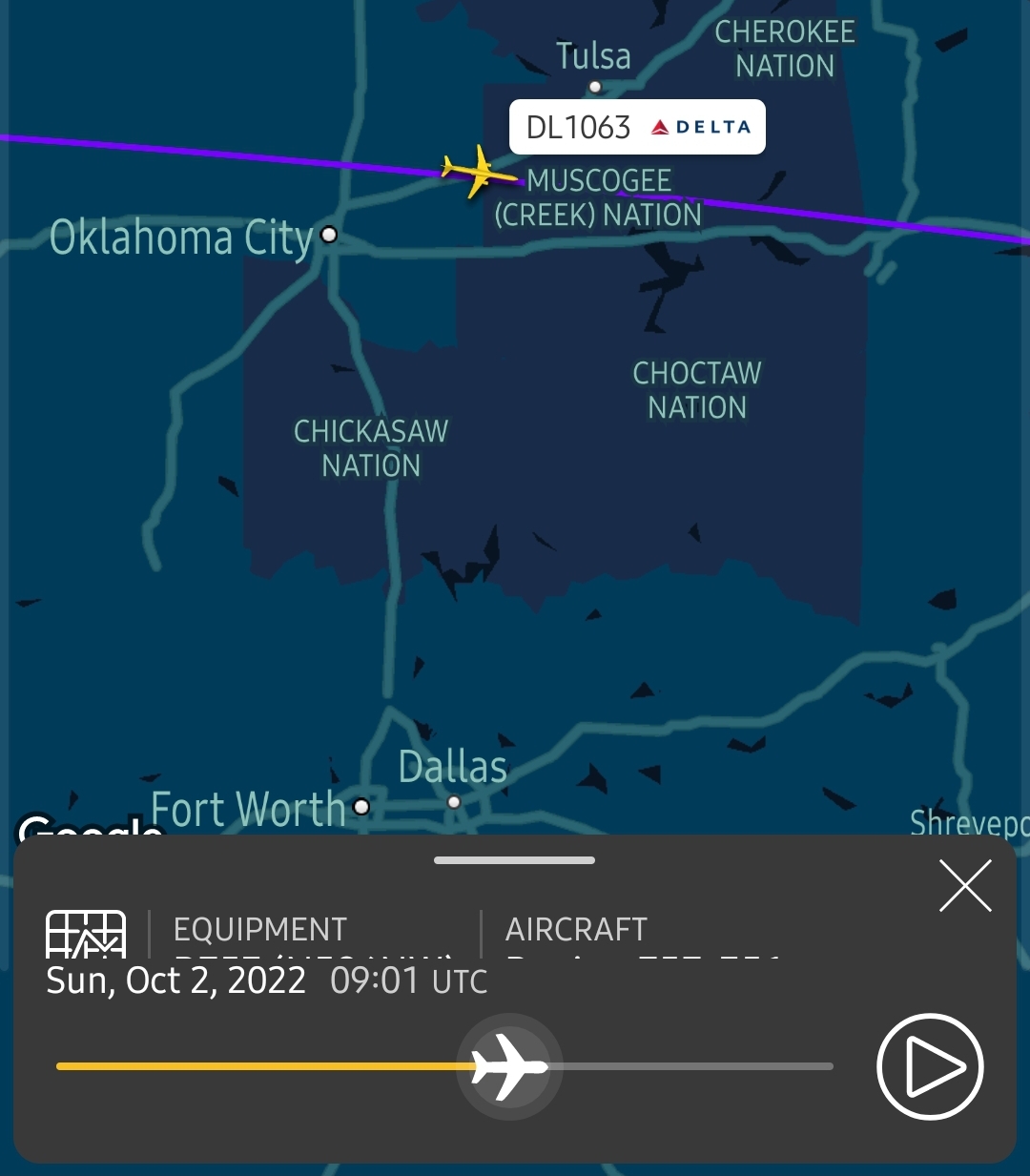 flarkey said:
Anyway, on with the investigation. The time of the sighting seems to be around 9am UTC, going by the Flightradar24 playback.
Click to expand...

Staff member
I have followed the usual method and checked on in-the-sky.org if there were illuminated star link satellites in the direction that the pilots reported seeing the lights. Delta 1063 said they were in their 10 o'clock position ... and as they were heading eastward this would be North East 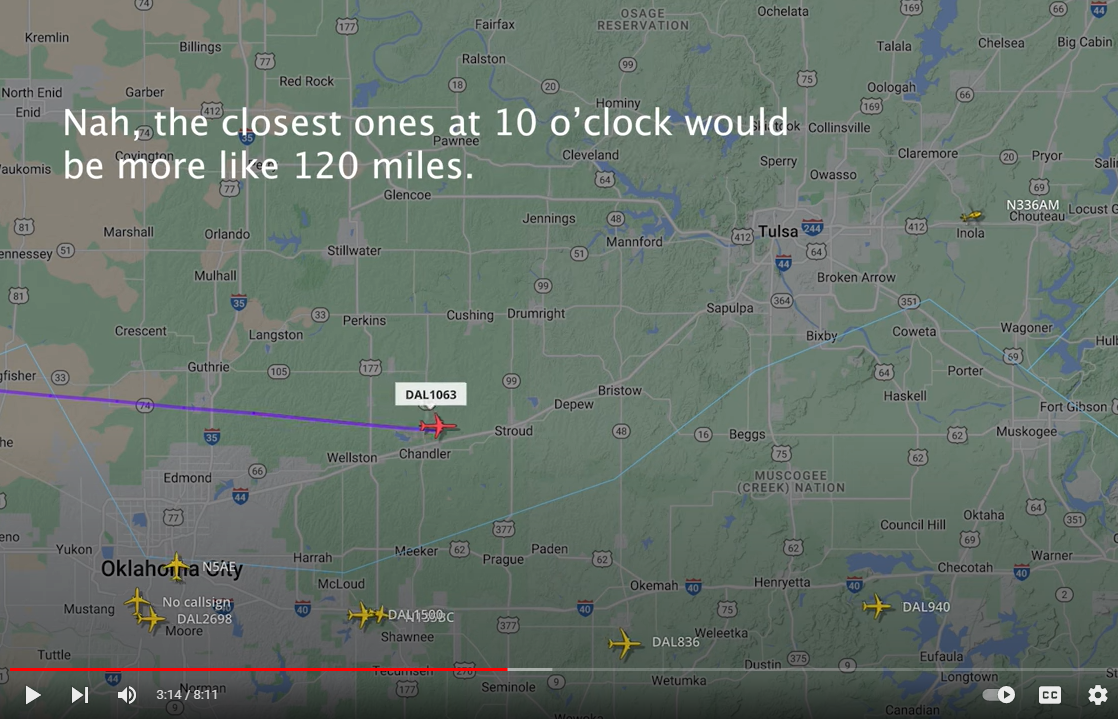 So Checking North East at this time (well from about 8.14 to after 9.00 there is a steady stream of Starlink Satellites moving from right-to-left near the horizon.

And again, this is directly above the sun (over the horizon) 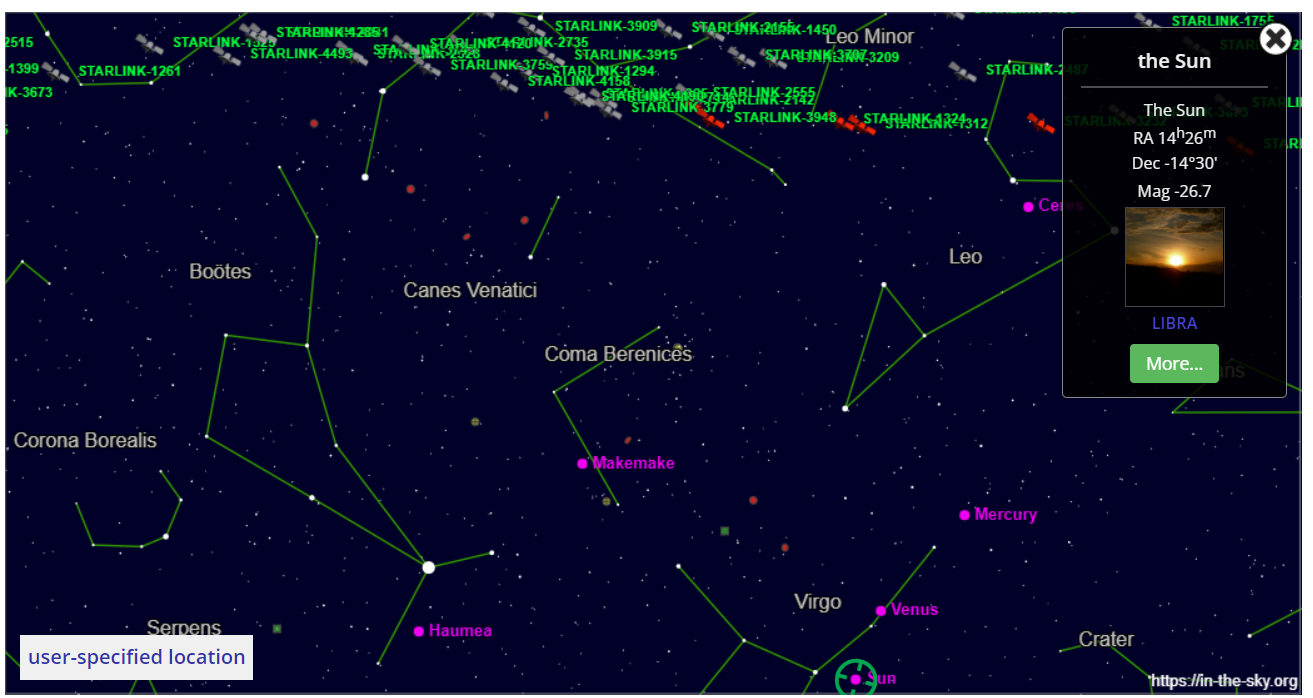 Staff member
Stellarium lets you do a smoother animation and hide invisible satellites. Here's a timelapse from 8:32 to 9:43. You see the Starlinks start to seem to swarm on the horizon (the ground is hidden, horizon is where the red compass directions are). See also the sun.

And here's a real-time video of them appearing on the horizon
https://www.metabunk.org/f/ScreenFlow Starlink Oct 2, 3 min.mp4

So it seems likely that these are flaring when just at this shallow angle, just above the horizon.

Staff member
Wow. Nice video @Mick West - was that done using current TLEs, or ones that were valid at the time?

flarkey said:
Wow. Nice video @Mick West - was that done using current TLEs, or ones that were valid at the time?
Click to expand...

I believe it's using the current ones, so likely inaccurate for precise locations of individual satellites, but still representative of the general situation.

[Note for the confused: TLE = the definition of a satellite's orbit, valid at a particular point in time. You can use a TLE to calculate earlier or later positions, but the more time between the TLE and the time you want, then the less accurate it is. Two weeks is generally the maximum for accuracy (I read somewhere, this is all new to me).

You can add other sources, but there seems to be no provision for time. So you could just turn that one off, and add another one that has the old TLE - assuming you can find one.

This all is stuff I'd like to add to Sitrec.

Staff member
Space-track.org (requires free account registration) seems to provide an archive for TLEs for any day of the year. Each day's can be accessed by editing the link ...

Edit: This shows Starlink 3LEs for the Date Time. I'll try and see if Stellarium will accept this data:

flarkey said:
Edit: This shows Starlink 3LEs for the Date Time. I'll try and see if Stellarium will accept this data: