Remarks:
0355 EDT / 0755 UTC 09/27/2022
N127RR/GLF4 reported an unidentified aerial phenomenon off the left side while SE bound at FL350, 50NM WNW of LBL. The unknown phenomenon was described as a sea of flashing white lights below their altitude. The lights were not very bright and observed for over 100NM. No evasive action reported.

The lights were initially reported by N127RR, a private jet that had tracking disabled, so did not show up on FR24. It was on ADSBExchange (which is looking more and more like the go-to place for flight tracking), so I downloaded the KML from there. It was later reported by Jetblue 136 (N639JB), as being at there "1 to 3 o'clock" so i got that too, which puts them around the town of Beaver in the Oklahoma panhandl 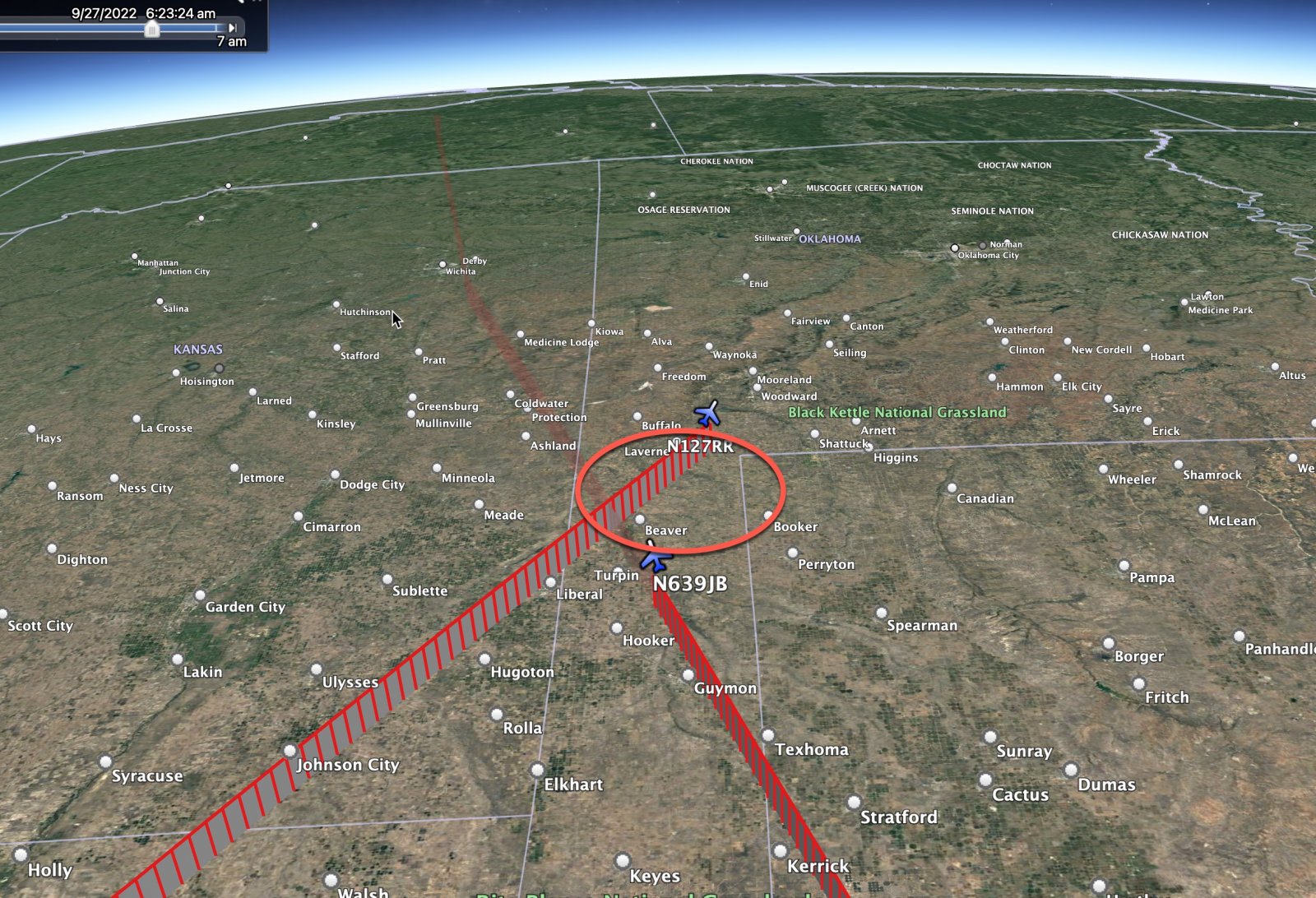 N127RR described the lights as "almost like the windmill farm thing, except they are more sporadic".

Looking at the ground around that area I see two main things:
1. Farmland. Possible some nighttime farming activity?

2. Oil wells. Do they flash, "like the windmill farm thing"? 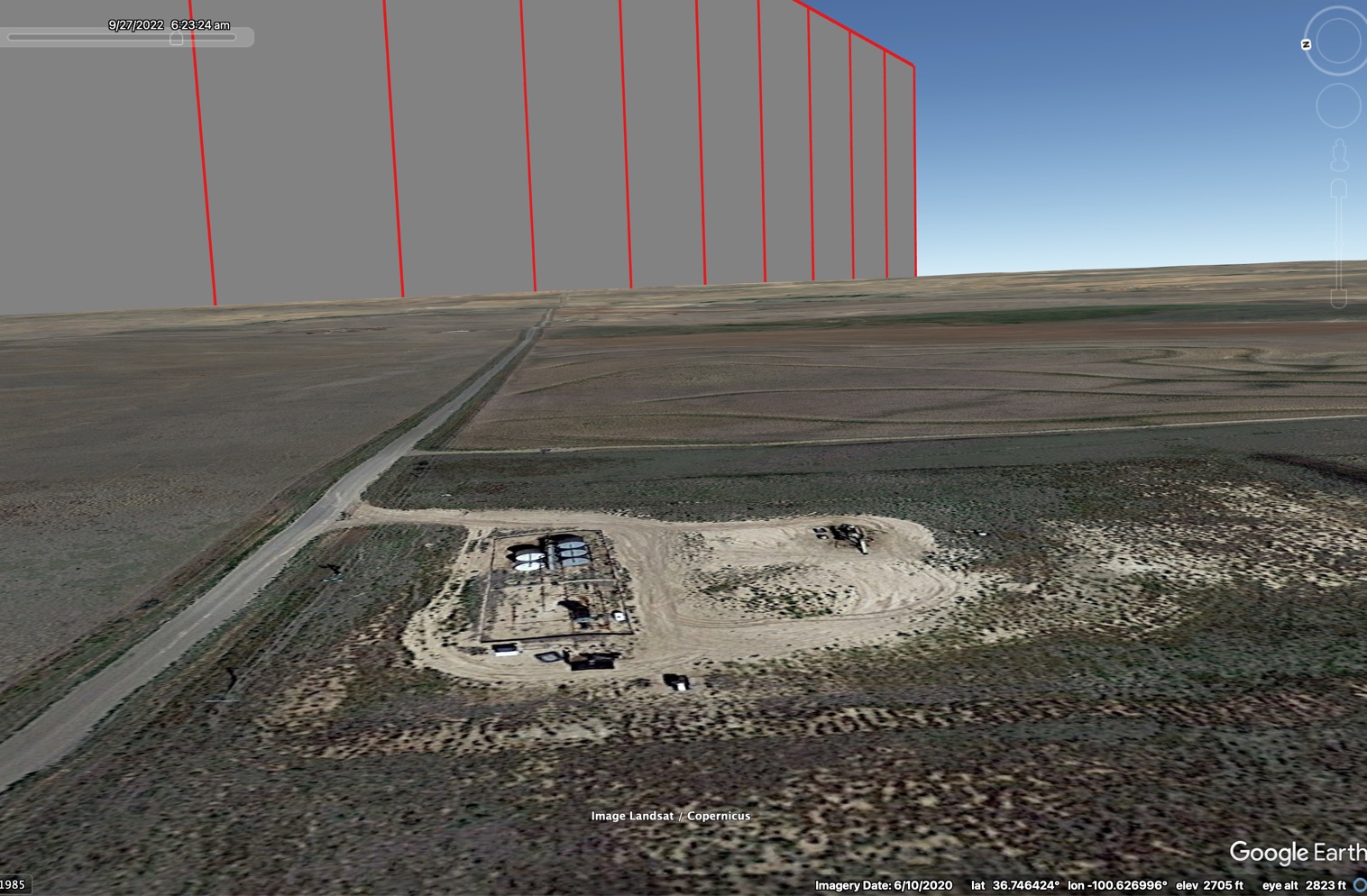 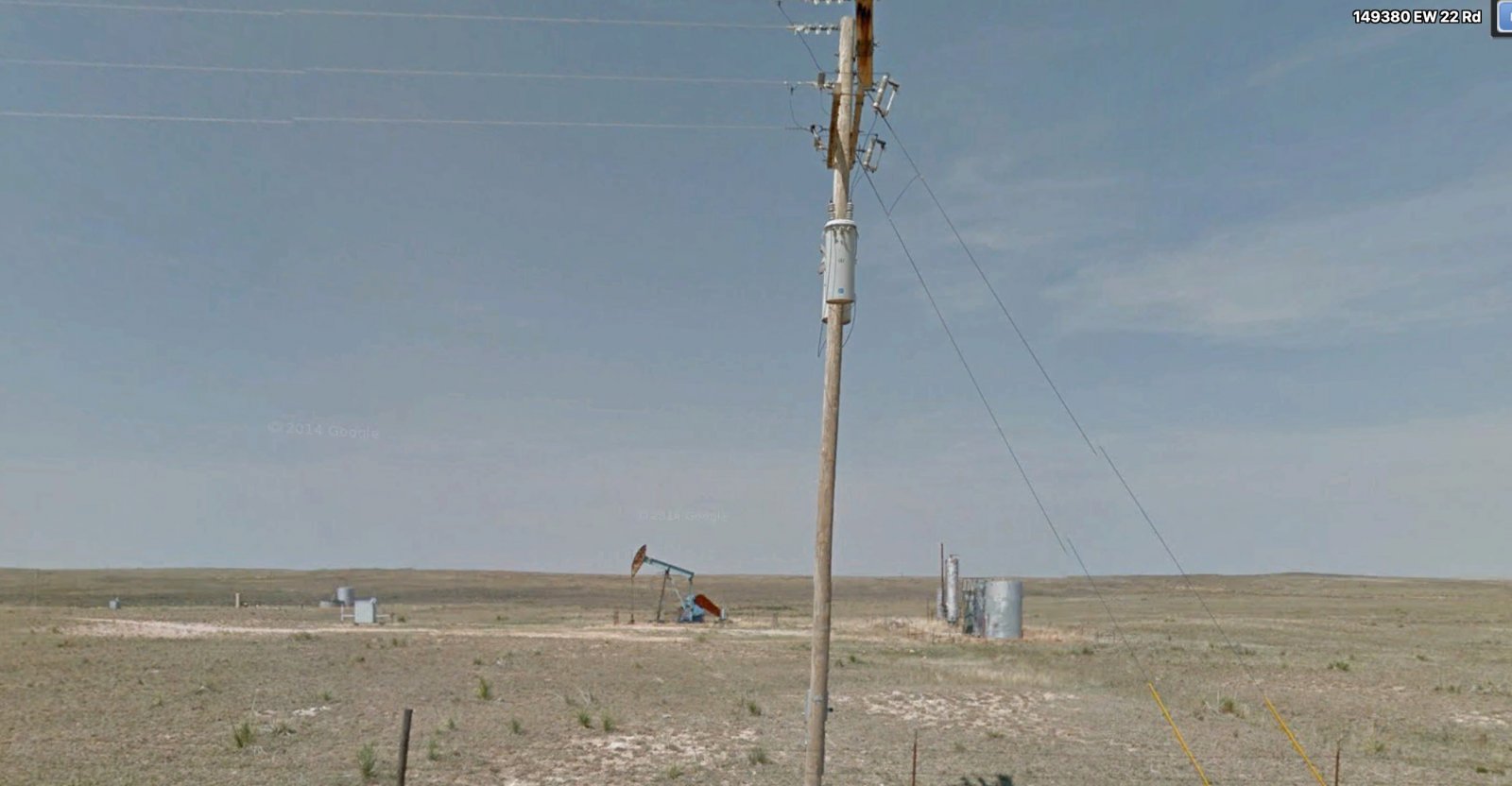 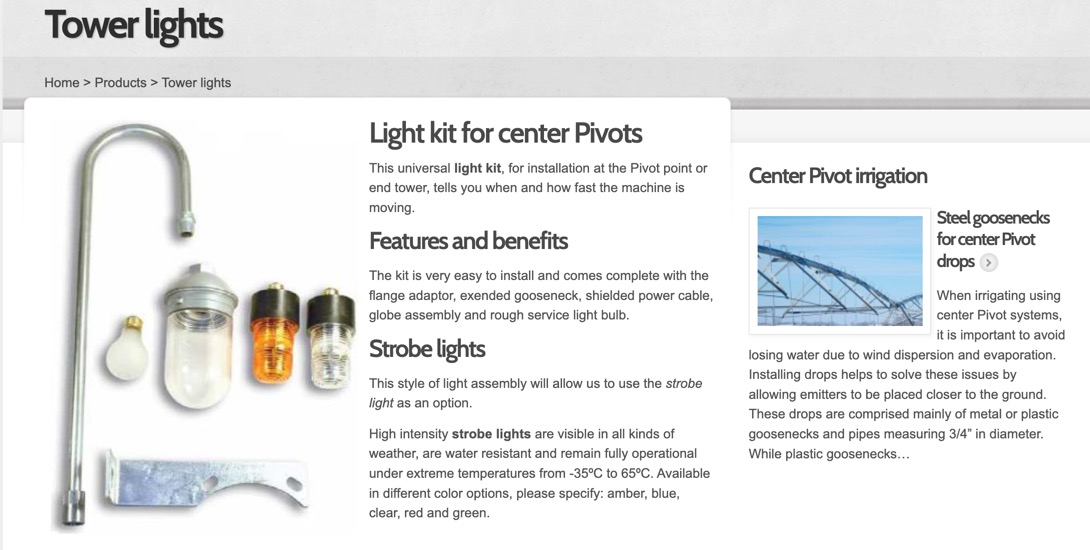 Here's one filmed from a mile away.
Source: https://www.youtube.com/watch?v=ravARvIB5rE


Keith Foster
9 hours ago
Every single center pivot irrigation system in southwest Kansas has strobe lights flashing on them while they are watering crops. These are position indicators for the farmers. In September we were in drought and all irrigation systems were watering freshly planted winter wheat crops. Every single place on google earth where you see a circular crop would have at least one flashing strobe light on September 22 this year.

It would indeed have looked like a sea of blinking lights.

Most around here have the strobes on the pivot to let you know the machine is still walking. It's a nice feature since you don't have to go to the pivot and make sure it is still operating correctly. Some have the end tower light that comes on when the end tower is acutally walking but a lot of people don't even bother changing the bulb when it burns out. The blinking strobe will tell you all you need to know. Certain areas of the country have an amazing amount of those blinking lights. Pretty cool at night to drive by. Highway 287 north of Amarillo around Dumas,TX is just amazing at night. The combination of what seems like thousands of those strobes and the ability to see 50 miles every direction you look adds up to quite the spectacle. 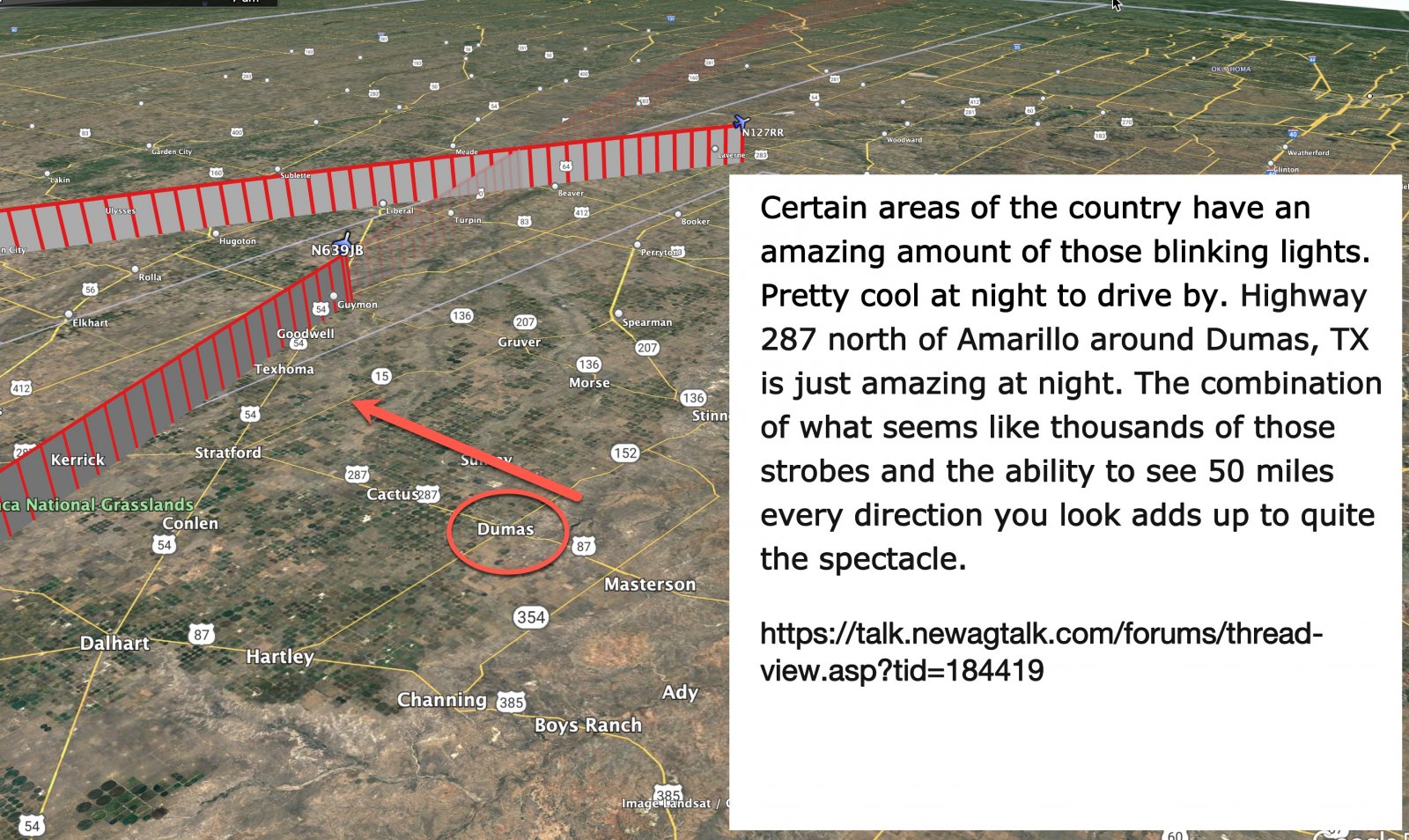 Staff member
Center pivot irrigation was also suggested on Reddit yesterday.
Source: https://www.reddit.com/r/UFOs/comments/z4fqca/comment/ixrarxs/?utm_source=reddit&utm_medium=web2x&context=3
You must log in or register to reply here.