The Claim: I see on a recent video that Max Bliss has inferred that hygroscopic smoke is responsible for the persistent contrails he sees coming from Air France, etc. jets. 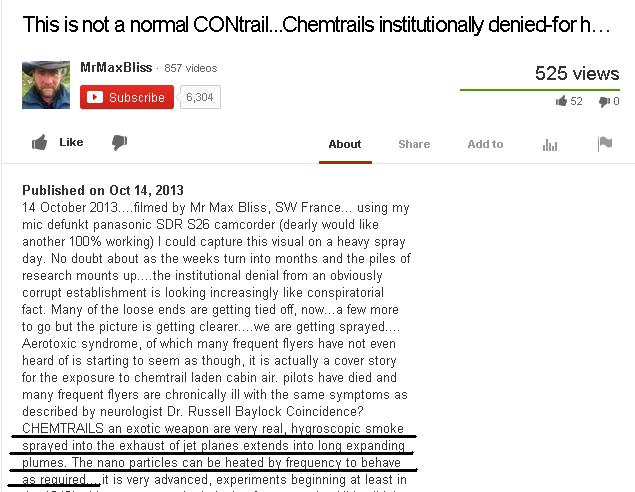 Why do Chemtrails Believers see it this way?: 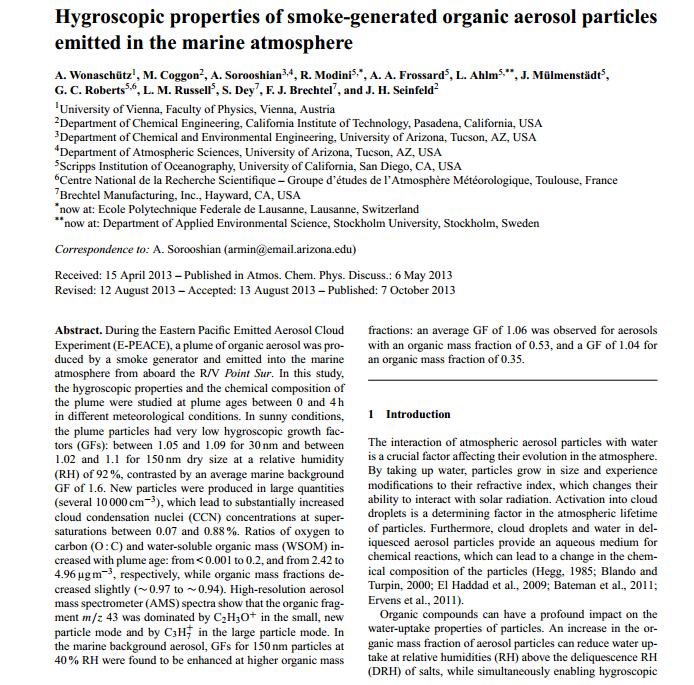 What does the paper say?:

Well, yes it is newly published, October 7, 2013. They took this small 135 ft. research boat, the R/V Point Sur, and went to sea to find some air that wasn't influenced by shore activities. 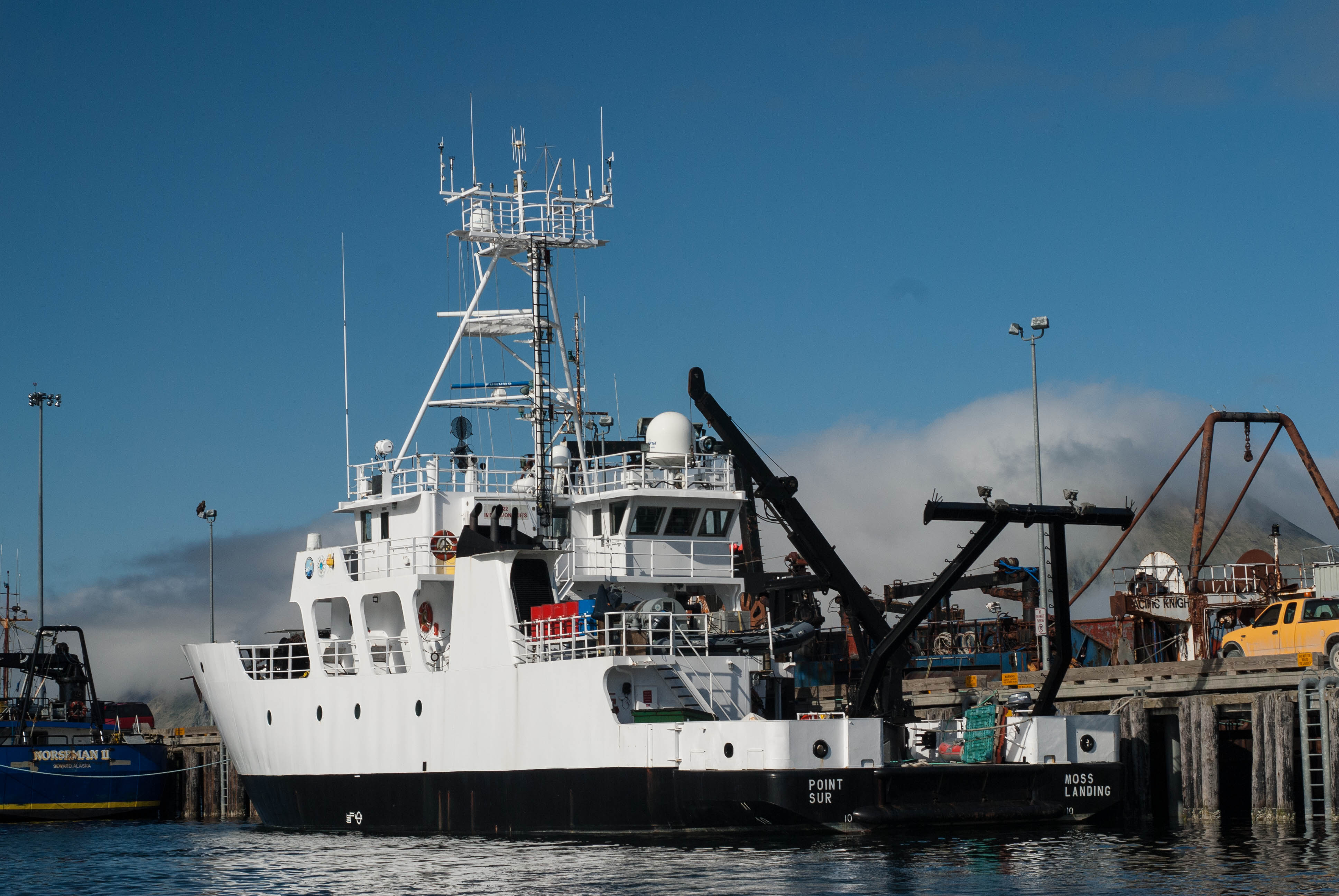 They wanted to see if smoke particles grew by absorbing water, so they burned some gasoline and waxy oil to make the smoke. The best they could get was during fog when the particles grew to ~1.5 times the original diameter.
Debunking:

It's good that the believers are looking at science, but sad if they don't understand what it really means. They seem to be beginning to understand that particles can grow by taking existing water out of the air. That is a good thing. The experiment was, however, done at low altitudes where the temperature is far below freezing, not at -40 degrees where ice crystals can form, persist, and grow in a similar but slightly different way.

Contrast the Point Sur experiment with another at flight altitudes in an actual contrail:

Here is an early reference predating 'chemtrails' from the 1970's which found that the ice budget in an aged persistent contrail contained four orders of magnitude (104 or 10,000 times more) mass than the original ice mass generated by combustion:
http://www.google.com/url?sa=t&rct=...8IGQAg&usg=AFQjCNGGiZ_piRGvTDFIvoqfMrOOFupbhg

This fact was brought out here almost exactly one year ago:
The Ice Budget Argument(LINK)

The chemtrails believers probably googled the words "aerosol" and "hygroscopic" and found a recently published paper which described in a not-so-secret way how a boat could make smoke and the effect on particle size through absorbing water.

They are getting perilously close to debunking their own conspiracy theory, because indeed all that is required to have an airplane's ordinary water vapor exhaust grow massively, up to 10,000 times larger, is to have ordinary ice crystals take existing water out of ice supersaturated air!

As detailed in the Ice Budget Argument, there really is no other way to do it!
Last edited by a moderator: Nov 20, 2013

To be fair to Max I wonder if he has not read around the paper. The work was done through E-PEACE http://aerosols.ucsd.edu/E_PEACE.html which is a project looking at, among other things, clouds caused through pollution from ships. From the work done there is a small body of evidence to show Marine Cloud Brightening could be delivered with existing technology.
http://www.nae.edu/Publications/Bridge/67677/67685.aspx

For me it seems a shame that the research is been distorted to prove something fictitious when in fact it does have real ramifications on the geoengineering debate. I feel over the next few years that once more research is done it will be shown contrails are contrails and some people are going to look silly.
You must log in or register to reply here.