Last week I saw this photo on a Facebook paranormal group. Just an ordinary photo of a cabinet full of dolls in an old prison, right?

Wrong. People noticed that the reflection of the boy doll on the right appeared to be more like an image of a girl, with long hair covering one side of the face, and the black jacket seemed to be missing, maybe replaced by a lace dress?

People in the group immediately figured this must be the ghost of a small girl, and conjured up a variety of backstories. But I wasn't convinced, so I tried to figure it out.

Looking at the full image, we can see the reflection from a flash. "Aha!" I thought, that's just the back of the doll's head, and it's in shadow, so it looks dark. This seemed obviously correct to me, so I posted this explanation, with a helpful diagram. I found a doll and set up a similar scene to demonstrate this optical illusion to the world. 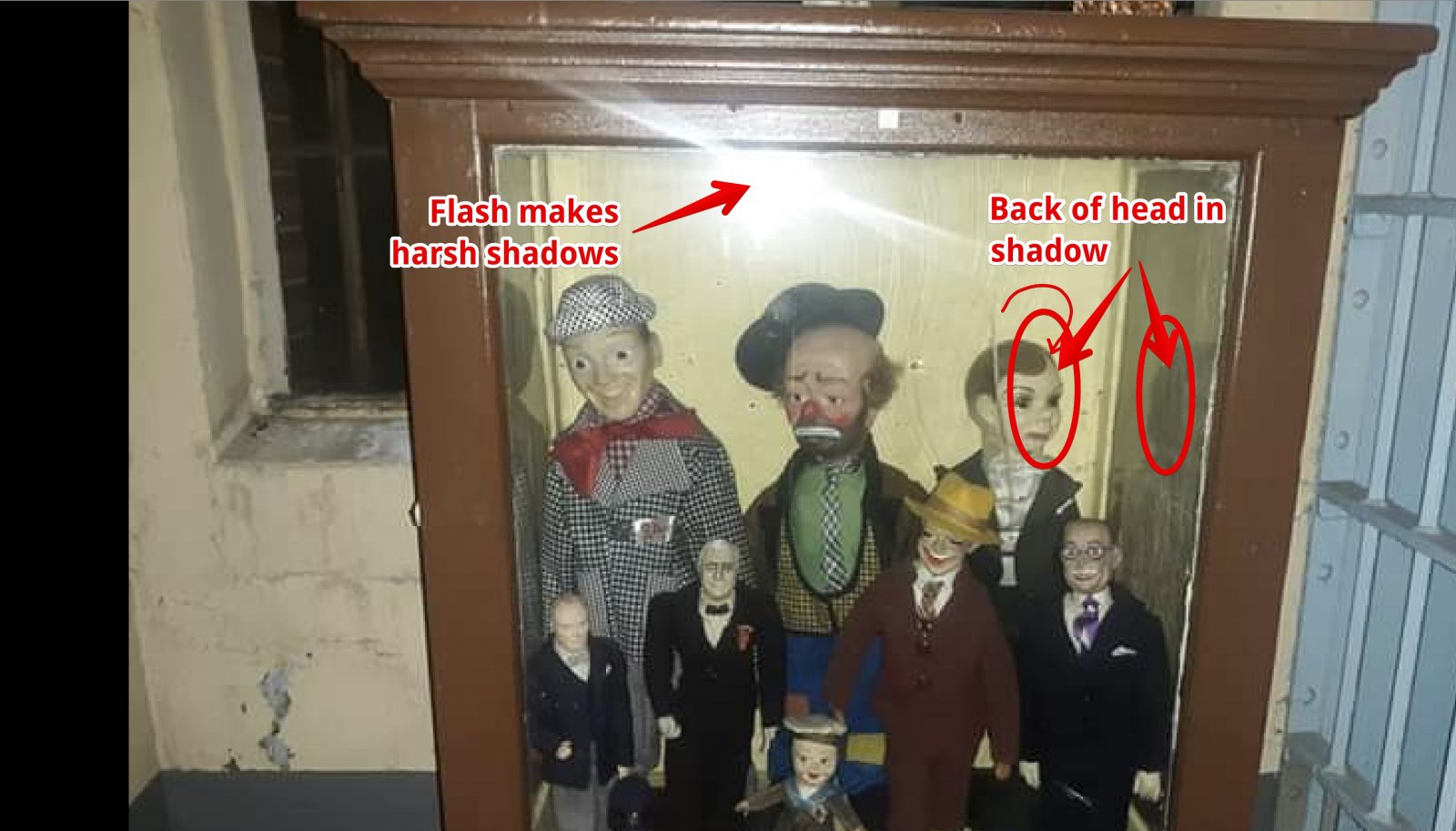 It kind of worked, but I wasn't able to get something with such a clear dark and light divide. And the doll had to be at just the right angle for the outline to match. 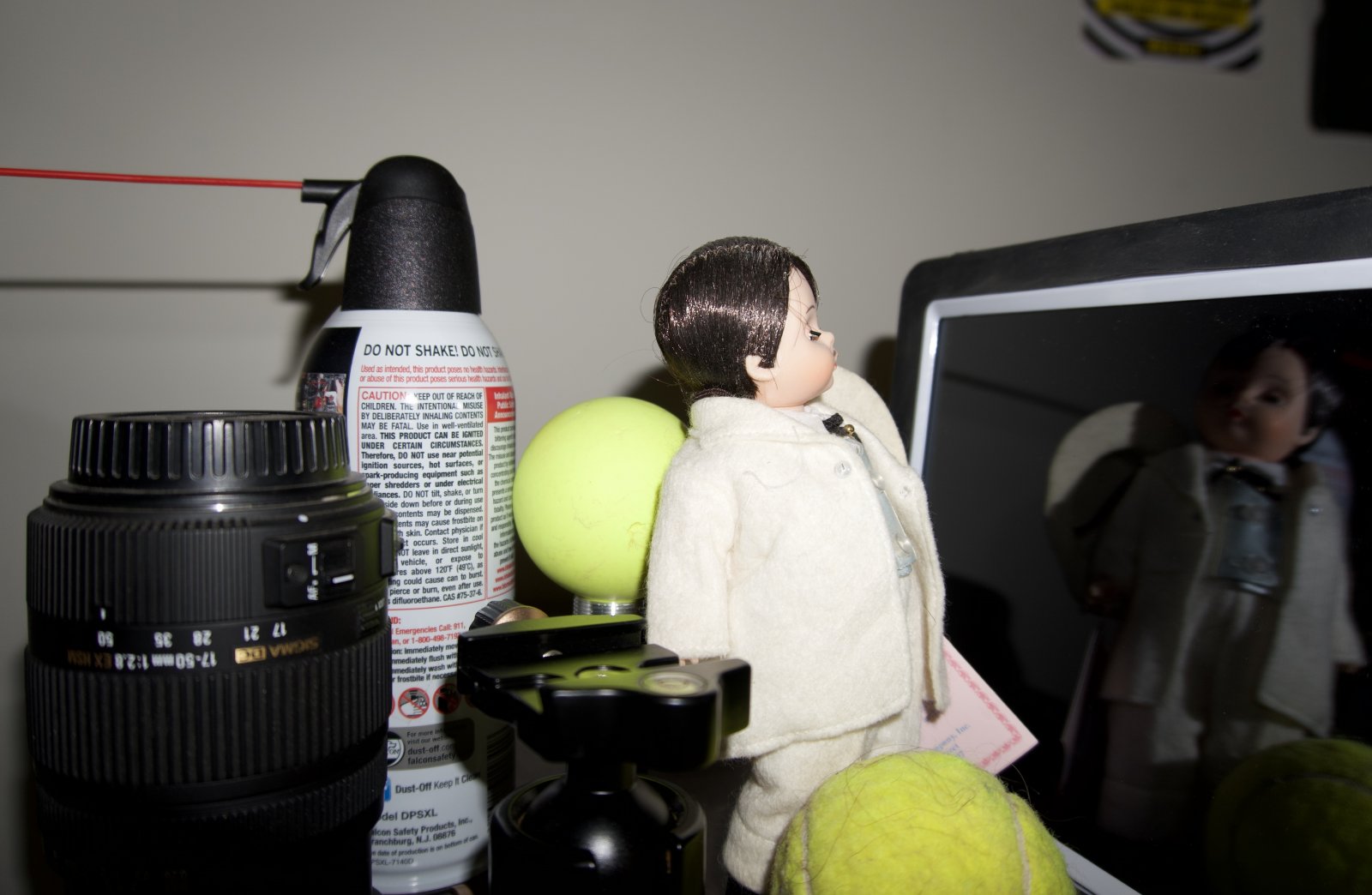 And then I saw these two close-ups, taken from slightly different angles. I noticed that the reflections were almost exact mirror images of the dolls head and collar. How could this be, if they were seen from the other side. 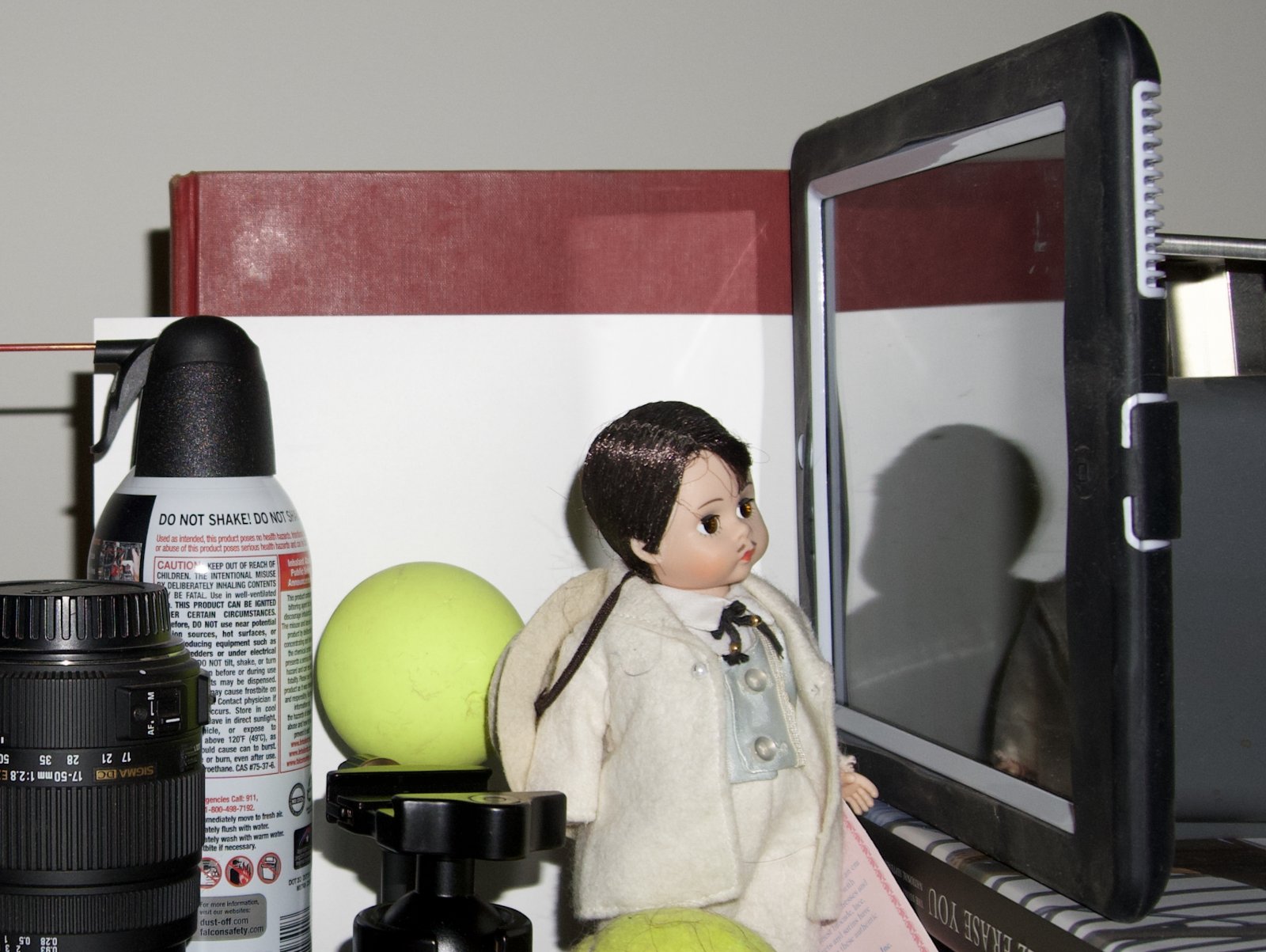 Camera flashes make very dark shadows, but you can't see them if the camera is close to the lens. This gives the illusion that there are no shadows. Combine this with the difficulty of judging angles and distances, and the streaks on the glass giving illusions of lights and dark regions, and we get the illusions of a boy doll with a girl doll reflection. 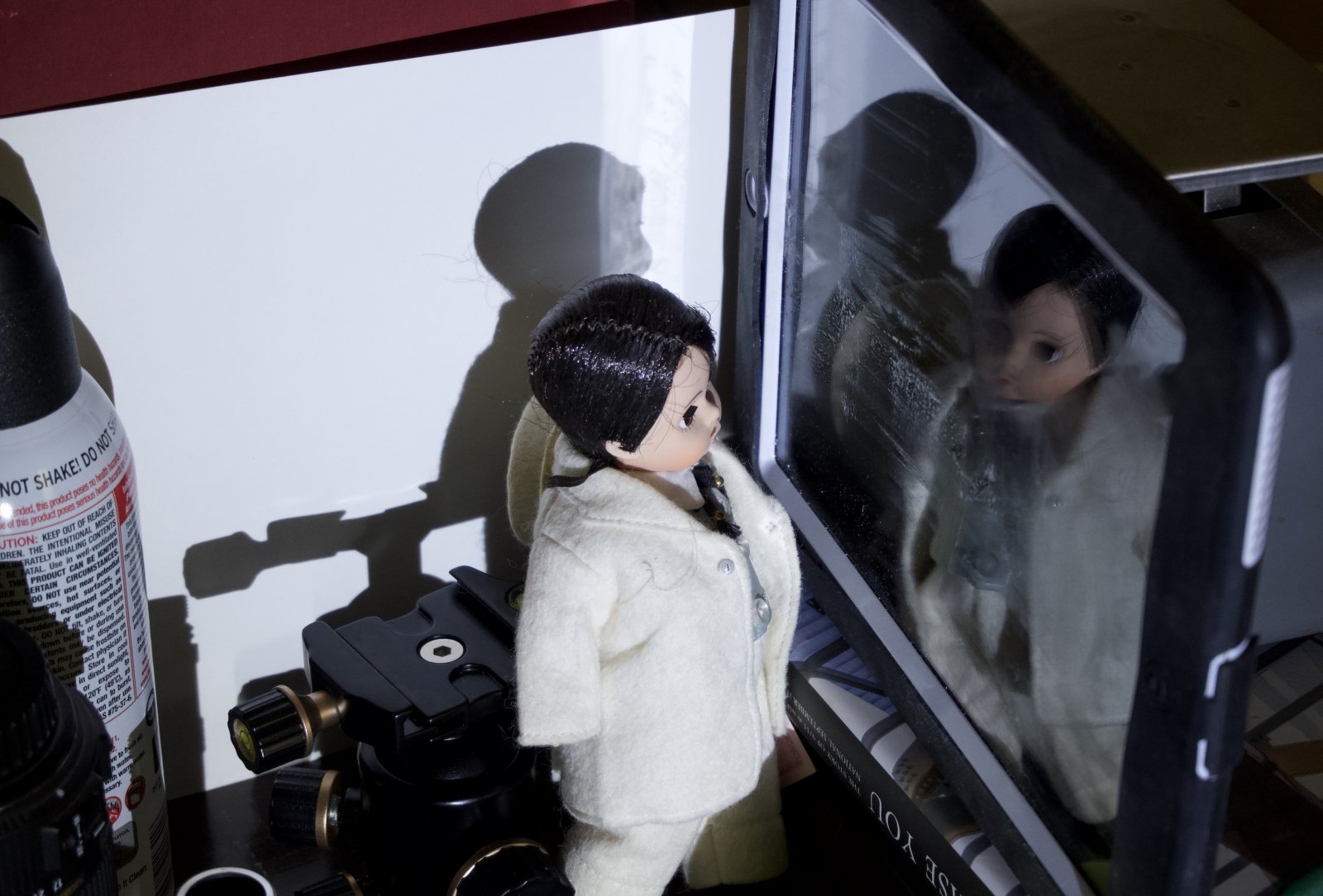 Lessons learned? Just because an explanation seems to fit, it does not mean it is correct. I rushed in with the wrong explanation, and it gradually became clear I was wrong. Try to falsify your theory before you declare it to be correct. If it feels a bit wrong, don't try to concoct a more complex version of the theory to make it seem better.

Consider that you might be entirely wrong, take a step back, view it from a fresh perspective, and you might find something you missed.
Last edited: Feb 26, 2020

Staff member
A bit more analysis - we know that a line drawn from the object to its reflection will be the same length on either side of the mirror. So we can use this with a little guesswork, to see where the actual full reflection would be. 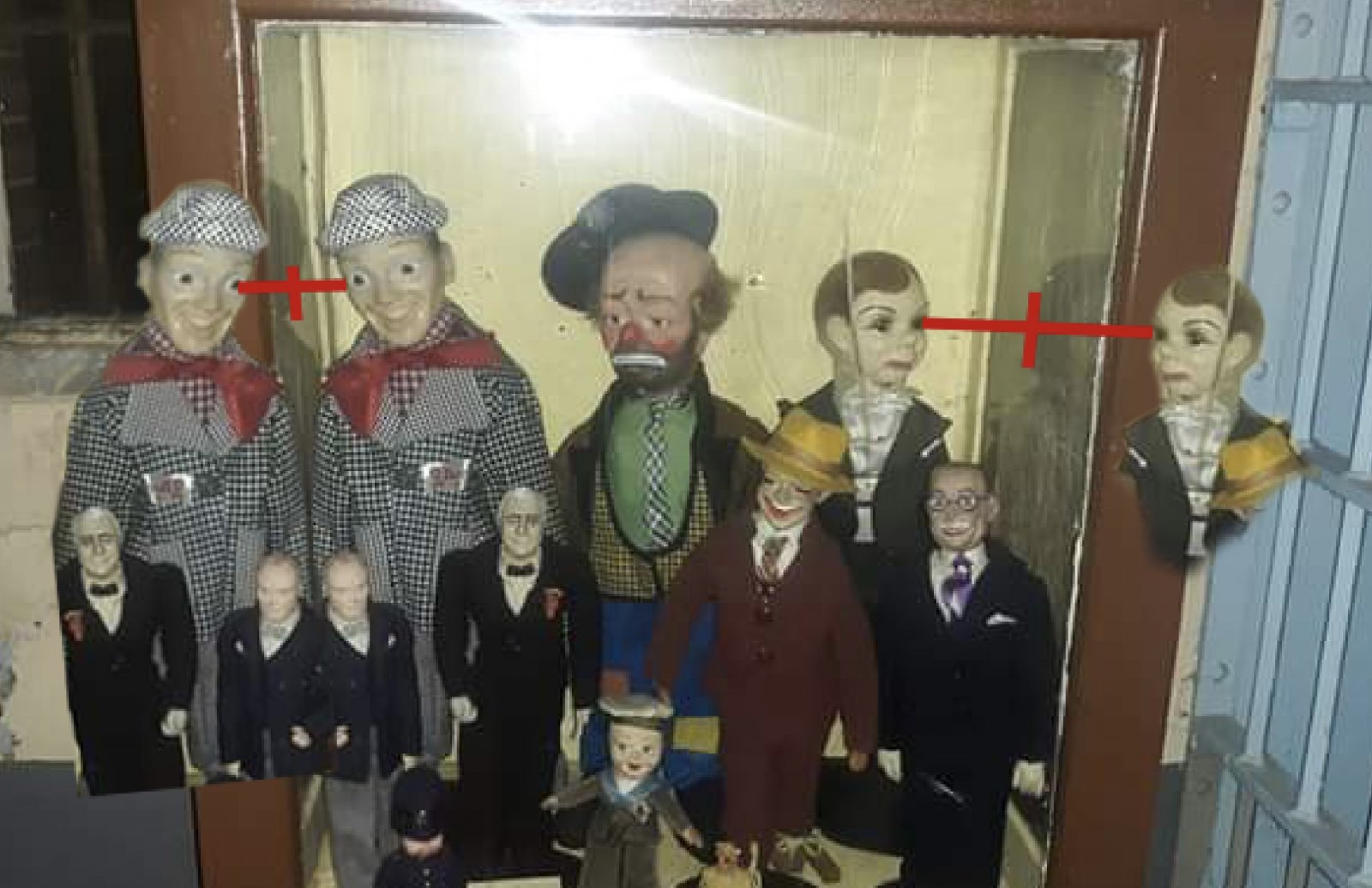 Notice on the right, the guy in the checkered coat has a similar situation, but here there's actually part of the real reflection visible, as well as the back-wall shadow reflection. 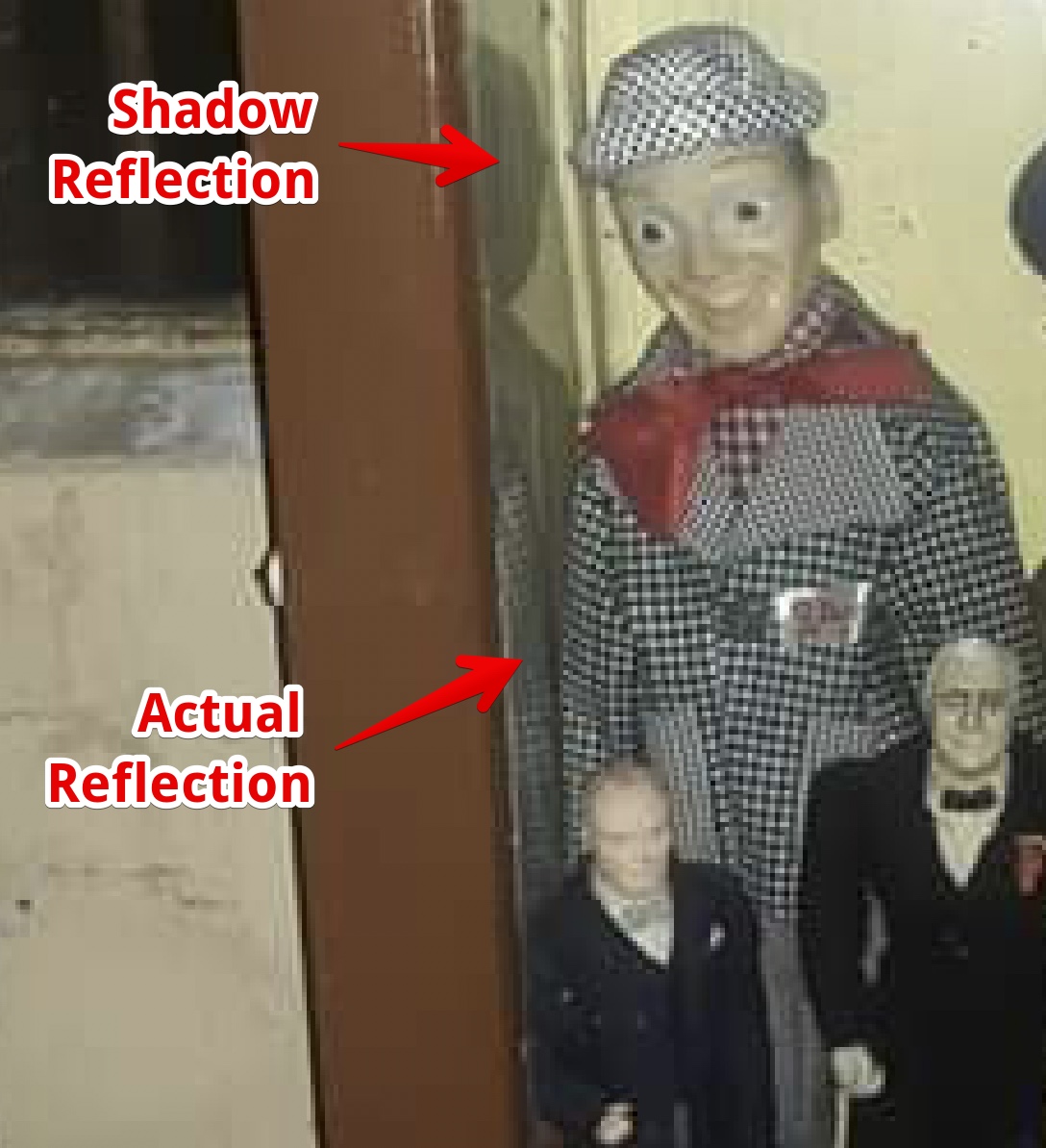 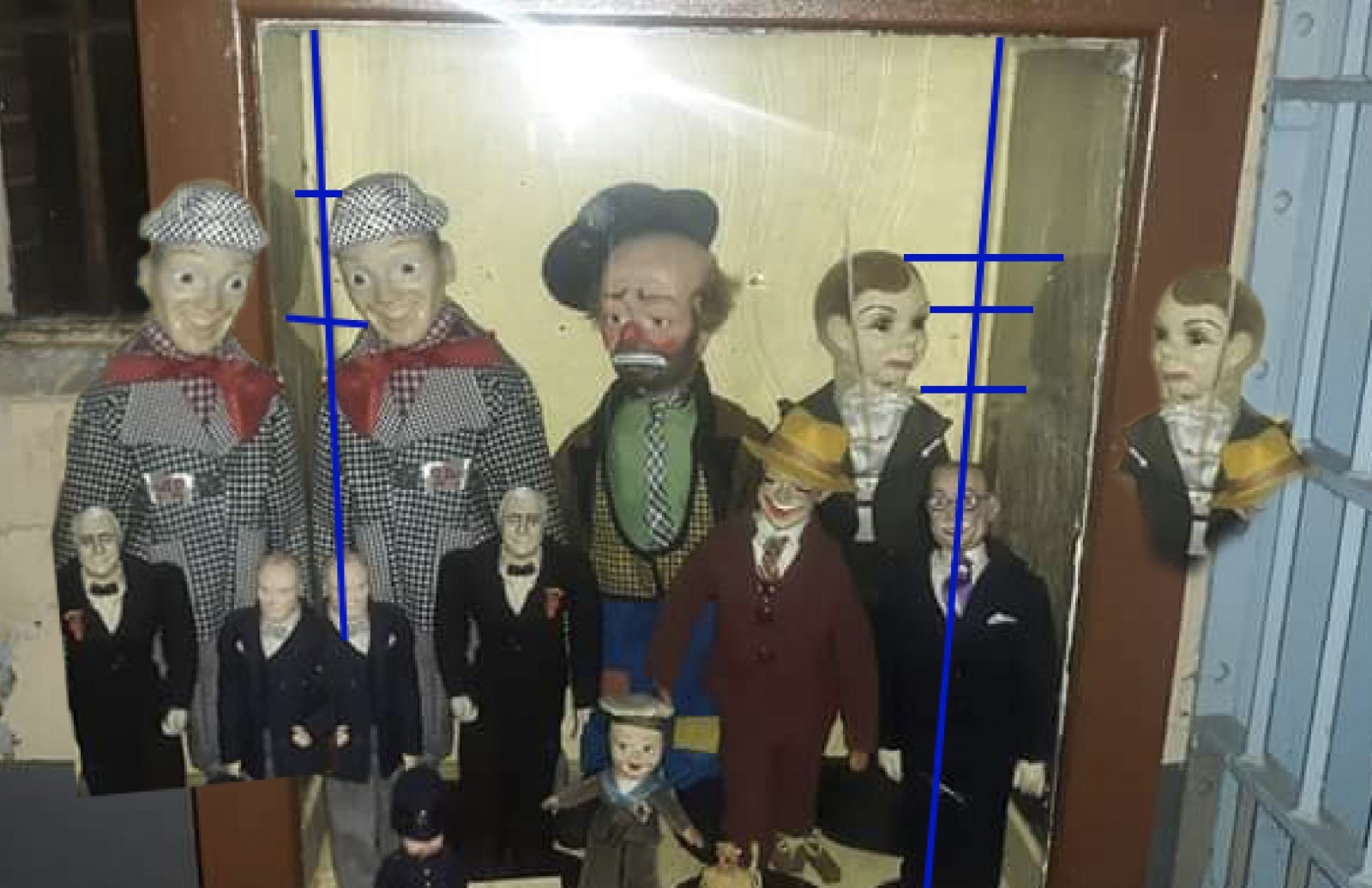 The hidden shadows are directly behind the dolls from the point of view of the camera.
P

Interesting how you solved the mystery of the shadow... but, I'm more curious to know why there was a cabinet full of boy dolls in a prison! lol
You must log in or register to reply here.