Is it time for all to be revealed? Two months since the tantalising truth was hinted at.

Rory said:
Is it time for all to be revealed? Two months since the tantalising truth was hinted at.
Click to expand...

? pretty sure everything was revealed. Mick released pic snippets.
R

I want to thank all of you for the many hours of entertainment. I am the younger boy in the photo and I am Richard Ramsdell.

I stumbled across this thread in May of 2015 and was shocked to see an early artwork of mine getting so much attention and speculation. (I was floored by the sheer number of websites that perpetuated the Cooper family story.)

I created this image in 1981, in the darkroom. I once had a website where it and others were displayed. Somebody must have snatched the image and created the Cooper family story. The original “hoax” story is not mine. But it is hilarious!

I am one of the 2 creators of the Bristel Goodman online ARG. We were just trying to make a webseries and stumbled into the ARG world. It was an accidental ARG.

After that it seemed obvious to create Robert C. just to mess with you. Sorry, I couldn't help myself. The whole thing was just so crazy. (And yes, I was able to entertain friends for many nights at the pub.)

Very quickly I thought of writing the book. I had just made 2 Apple iBooks, so I had some skills there. (The Amazon books have been converted from the iBooks. I agree, they look like crap in comparison.)

Of course the book is total fiction (mostly), the truth just isn't as challenging for me. Clearly I'm not a skilled author, but I hoped that the imagery combined with a fun story would help me make a couple of bucks. Thanks to those of you who bought it. It makes me smile to know that a couple of you enjoyed it (dierdre, Ray Von G).

Robert C. said:
I am the younger boy in the photo and I am Richard Ramsdell.
Click to expand...

Can you prove this? It's great when a hoax gets exposed, but evidence is helpful.

Mick West said:
Can you prove this? It's great when a hoax gets exposed, but evidence is helpful.
Click to expand...

he is the guy who sent you the original colored photo.

I think that just proves he had the original photo. That he's Richard Ramsdell, I believe. That he's the boy in the photo, maybe, maybe not (doesn't matter).

Robert C. said:
I once had a website where [this image] and others were displayed.
Click to expand...

Do you remember what it was called? Can it be found on archive.org?

I did a quick search on Archive.org for "bristel goodman" and came across this.

Wiki page for the Alternate Reality Game Bristel Goodman which is a wike for an ARG, but there is very little in the way of useful information in the the captures.

The only one I could fine which had anything other of interest was a message page in a 2011 capture of a message thread dated May 8th 2007, titled Bristel Goodman Over. This has an announcement from someone going by the name "seed" that the ARG is being ended.

Their message mentions something about about future videos pointing to the solution of the game, then a link to http://njones.pop57.com/ which has a couple of captures on Archive.org.

Going to take a look at them now.

Ok... the njonespop57.com site is what appears to be a bio page for an artist, but other than the name Nietzsche Jones, there's nothing informative here. 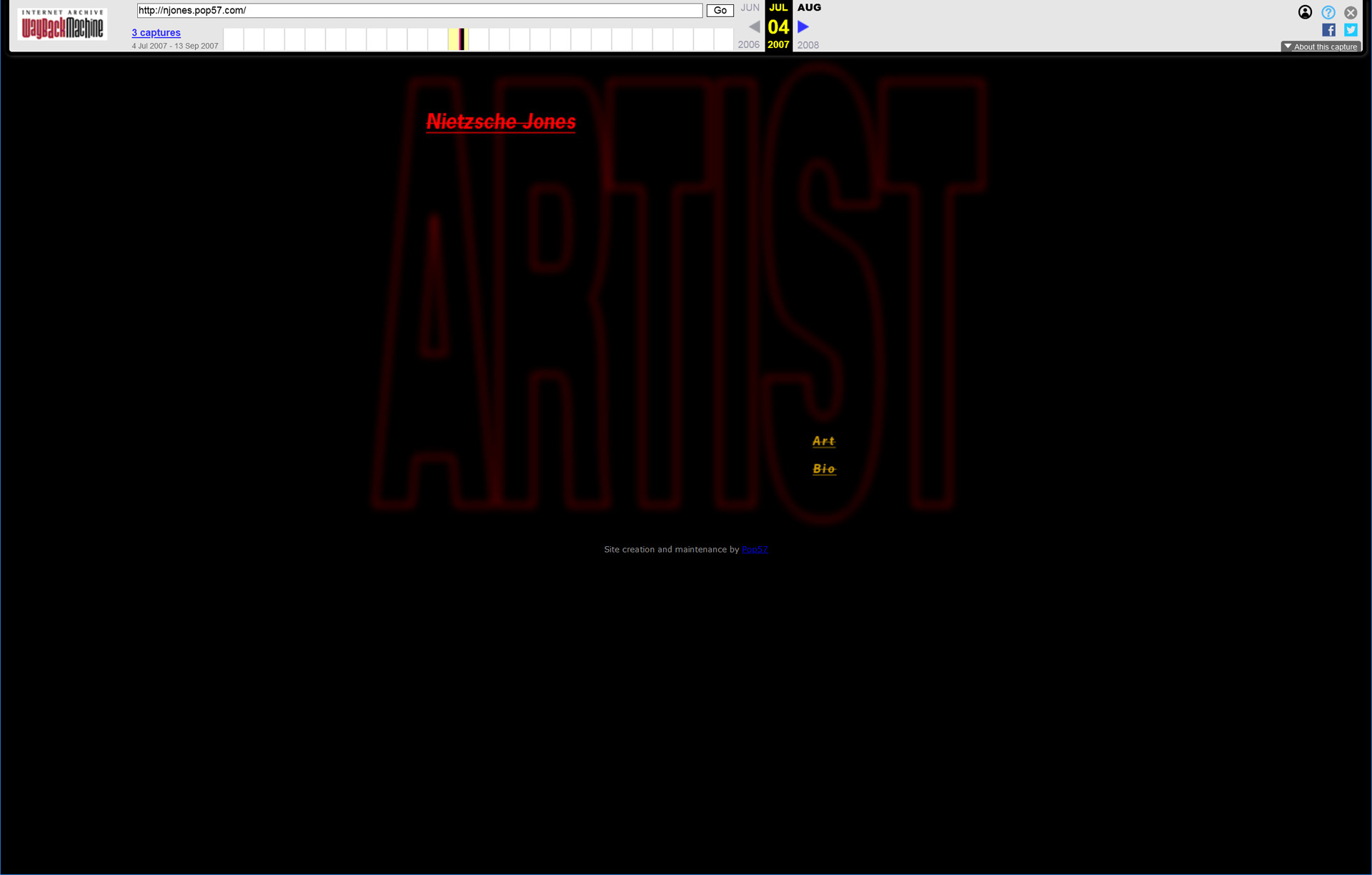 Googling for "nietzsche jones" artist comes up with a variety of hits, including to this page about a Richard G Ramsdell. In that it says that "...in ’02 this work transitioned into experimental video under the alias Nietzsche Jones." So this does seem consistent with what's been said Robert. C.

"He returned in 2015 to creating 2d visual art and began publishing digital books as well. Two of these are his unconventional illustration and design of Sun Tzu’s The Art of War and the original story Urban Legend: The True Story of the Cooper Family Falling Body Photo, (from the eponymous internet hoax based on an image that unknown to Ramsdell, the creator, had been appropriated from one of his early websites). "
Last edited: Mar 15, 2020

Robert C. said:
just to mess with you. Sorry, I couldn't help myself.
Click to expand...

did you invert the dress color!? well, that's just cheating.

edit add: this is not the cooper ghost, just a similar dress style i saw and though hmmm. 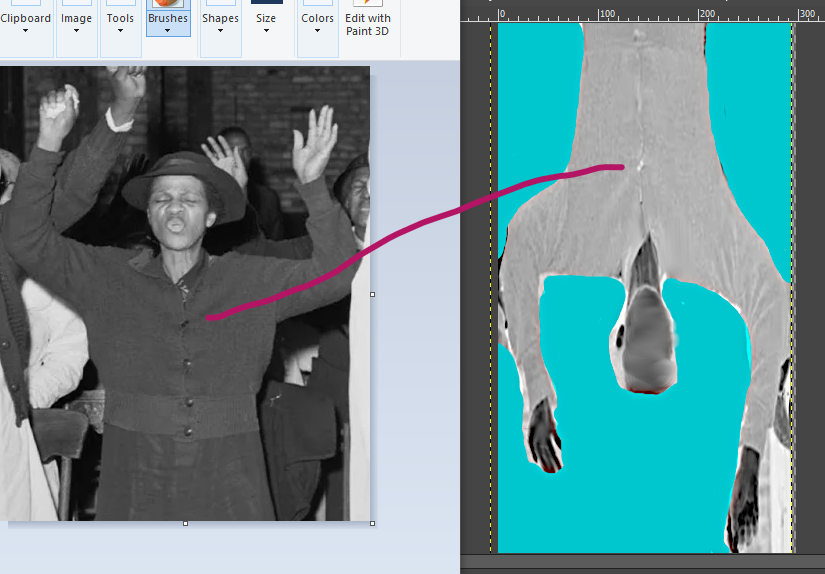 H
Ghost in iphone photo, some sort of glitch?