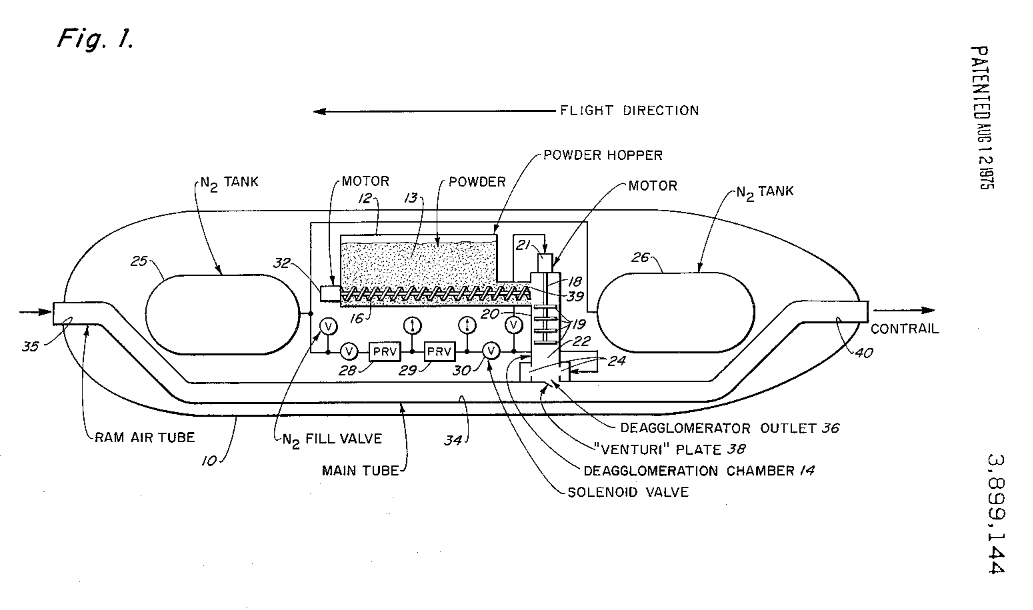 Patent 3899144 "Powder Contrail Generator" is for creating a visible trail on a towed target (a target towed behind another plane, and used for target practice). With self powered targets they use smoke created with heat from the engine to create a visible trail, but in the towed target there is no heat source.

The entire aim of the patent is to create the VISUAL of a contrail (and really more like the visual of a smoke trail), to help people see the target. 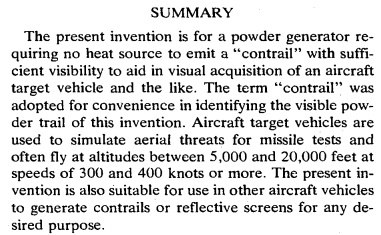 Here's what the "contrail" will be emerging from - a "towed target"
http://www.peostri.army.mil/PRODUCTS/TOWTARS/

The difficulty in seeing a small towed target is a long-standing problem, as discussed in this patent for a different towed target:

Visual augmentation can also be provided by "smoke", such as that forming as a result of the reaction, for example, of chlorosulphonic acid with air. Cannisters containing such acid are mounted in the trailing skirt 28. Valve means on that cannister are actived by remote control or radio link from the towing vessel (aircraft) or from a ground based control station, to release predetermined quantities of the chemical.

Like all patents, the presence of a patent does not indicate the invention works, or that it is in use. It seems like they are more likely to use flares now, which also gives the benefit of simulating the engine heat source. 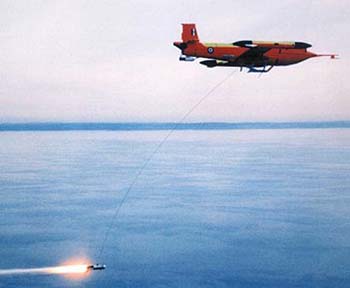 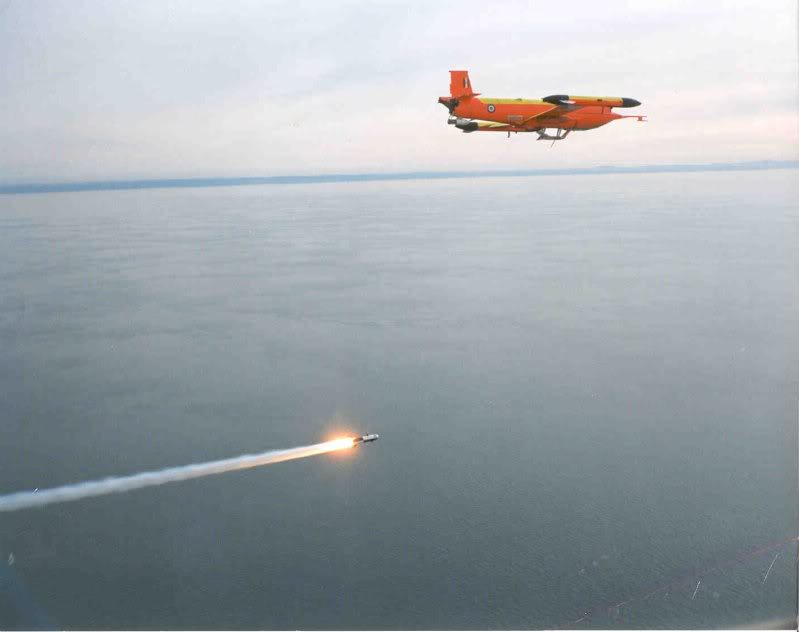 Spraying things from a plane is not rocket science. This is a very simple device used to simulate a smoke trail. But despite that, Alex Jones nonsensically used it as "evidence" of "weather manipulation". 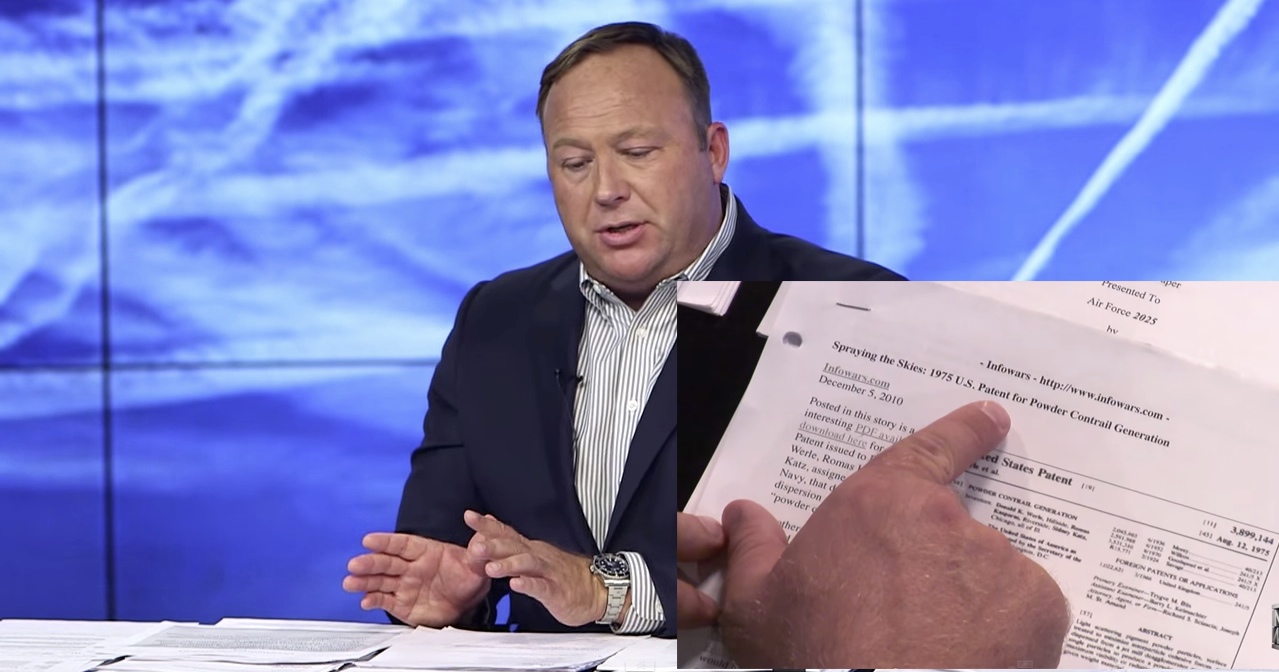 The "Powder Contrail" has been confused with this image: 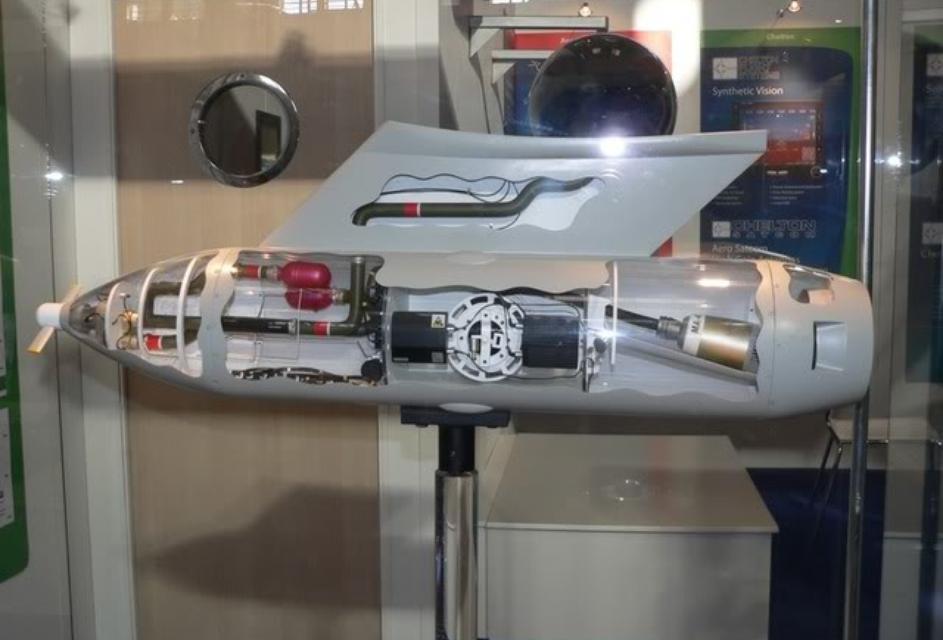 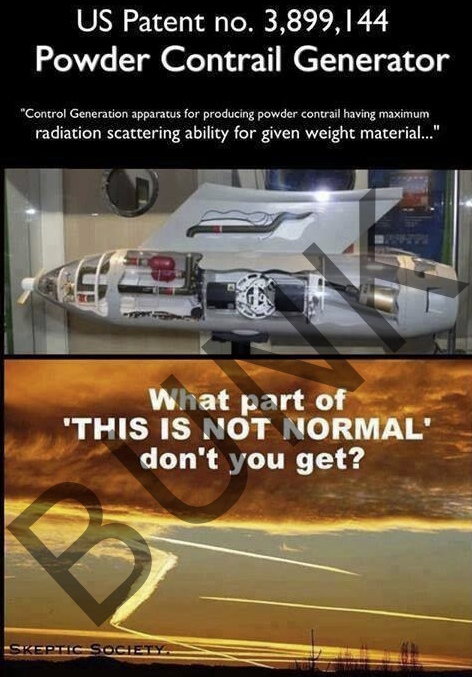 However that shows an entirely different thing, a Cobham Refueling Pod 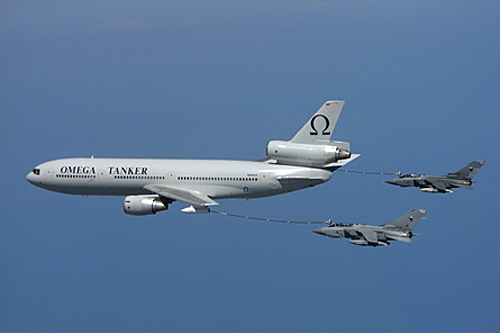 This is the list of patents currently being used by the chemtrail community to prove chemtrails. I have been referred to it during each argument. It seems they went through and found anything that was related to some kind of spraying, or had the catch words smoke, spraying, fog etc. One is even for an electric water heater! Quite a few for cloud seeding as well, which the chemtrail community loves to equate to chemtrails. Some of these patents are from the 1920's.

http://www.geoengineeringwatch.org/links-to-geoengineering-patents/
You must log in or register to reply here.