I'm a little confused by this one - taken facing roughly W at 1824 from Buckinghamshire, I think it's EI844 (A320 Cork - Schiphol). I'm sure the sun was to the right and lower than this high aircraft and yet the contrail closest to the sun appears in shadow? Is it in its own shadow?*

More info available if I got something wrong (it's possible this was BA1333), my noted are.. brief.

* Edit - this is me getting confused by perspective. That would be impossible... 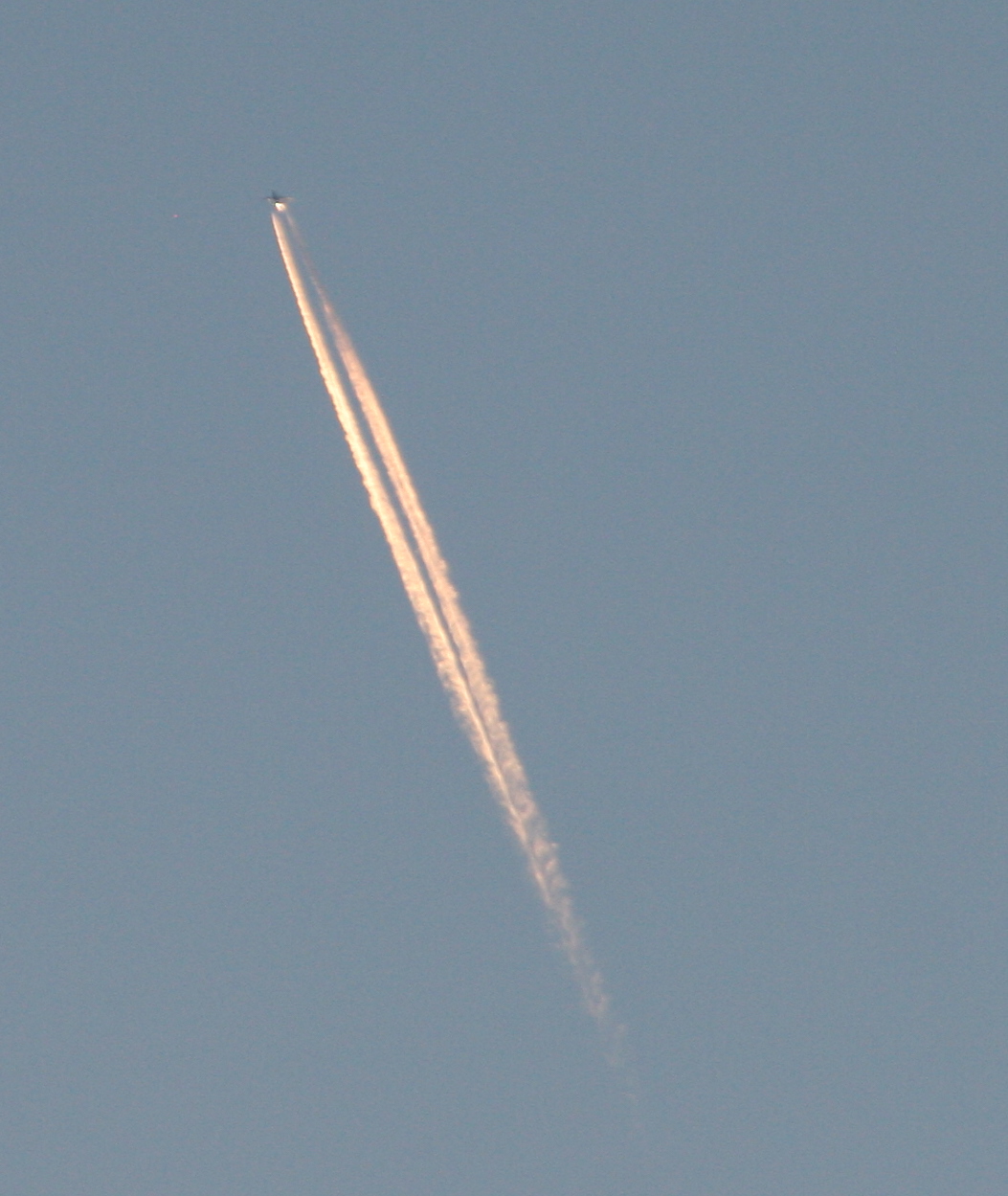 Staff member
Maybe different engines. Note contrail seems different color for quite a bit of its length. Like 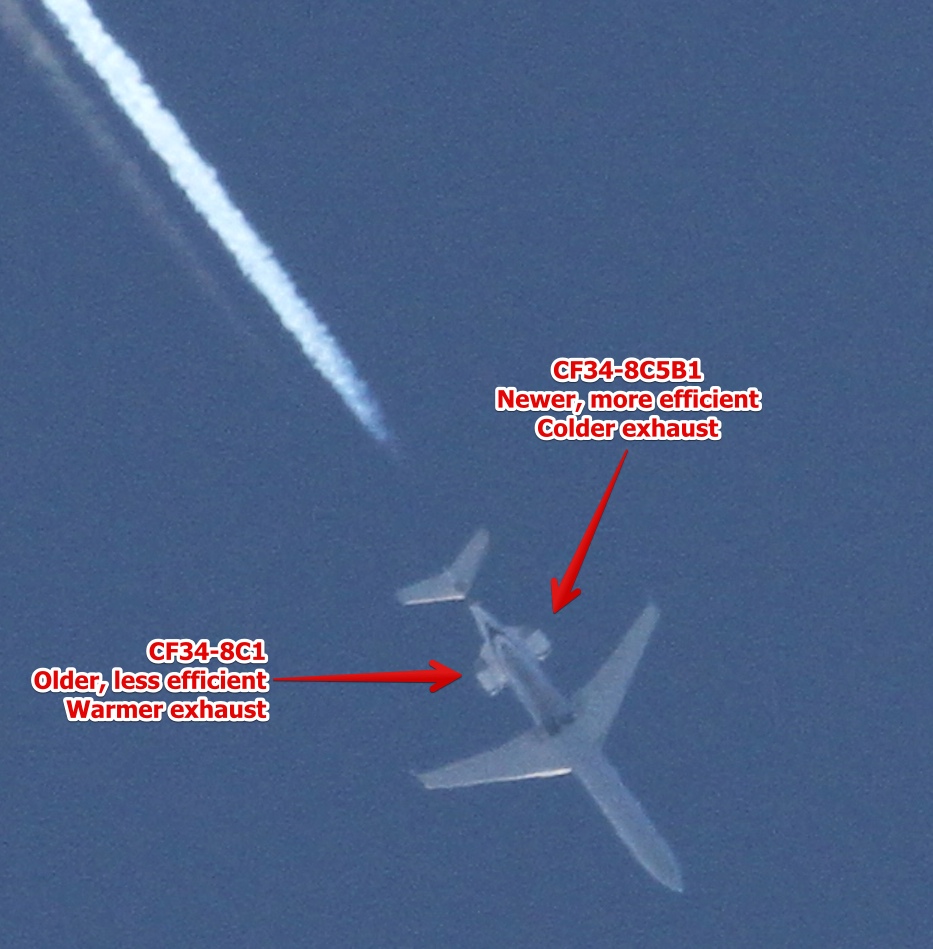 One from a few seconds away, and one of another contrail from a minute later; 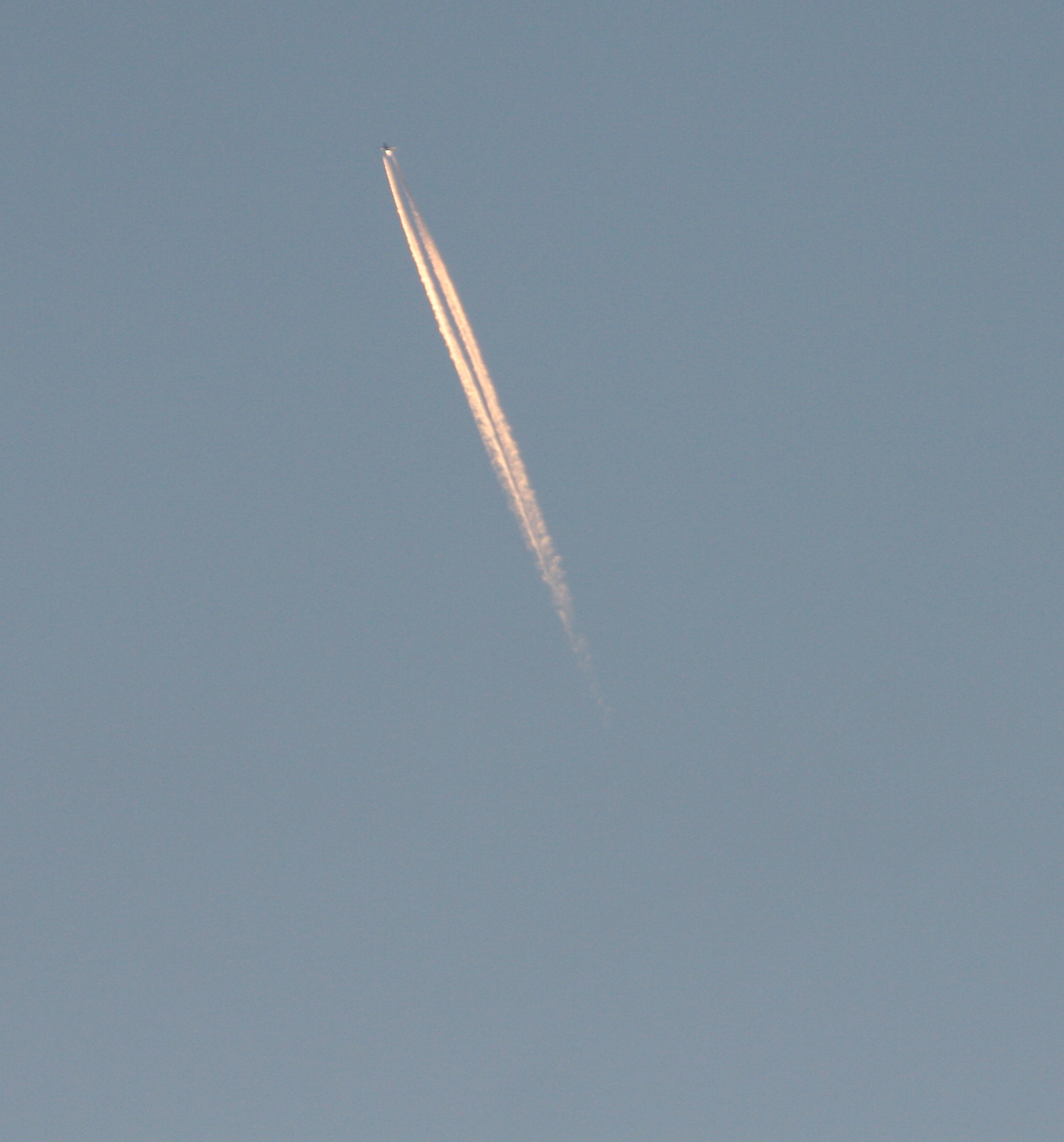 (Do you have a 'spoiler' tag that hides content until clicked? Big images)

I think it was this flight (GTI8464) and the Sun actually was to the left of its contrail (FR24 time is UTC and SunCalc one is BST): 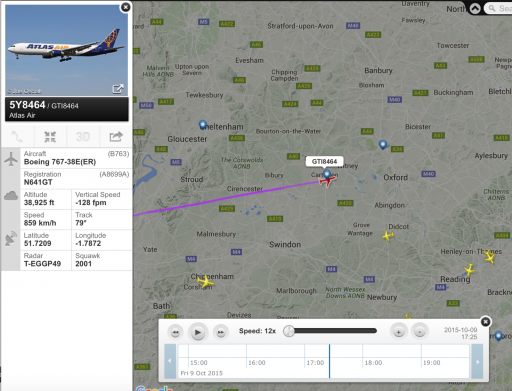 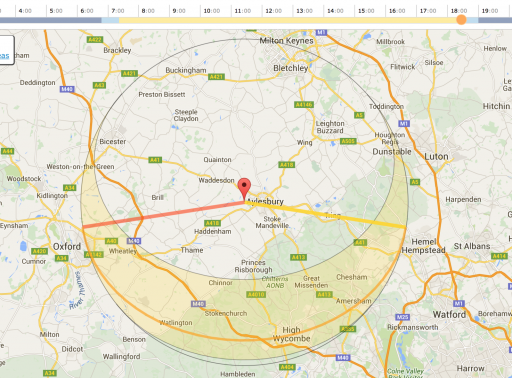 The right contrail the most likely was partly in the shadow of the left one.

EDIT:
There seems to be a glitch in the FR24 playback, with the times of the planes' passing over a given area varying by more than 5 minutes. In a different run, the flight at the approximate time of the photo was EIN844, as in the OP: 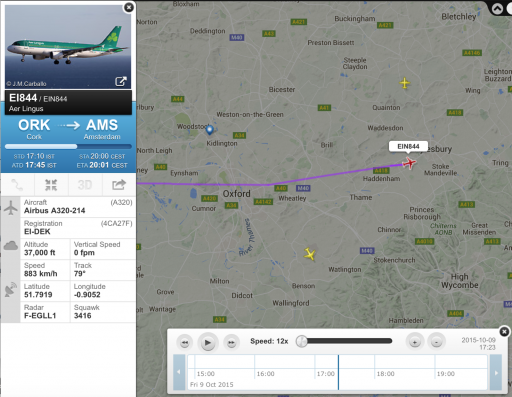 Still, it looks to me that the setting Sun was slightly to the left of its contrails.
Last edited: Oct 10, 2015

Staff member
Don't you mean "to the right"? Or "to the left from the observer's viewpoint"?

It seems pretty clear that the right edge (left on the photo) of the sunlit trail is brighter, suggesting that it is casting a shadow on the other trail. 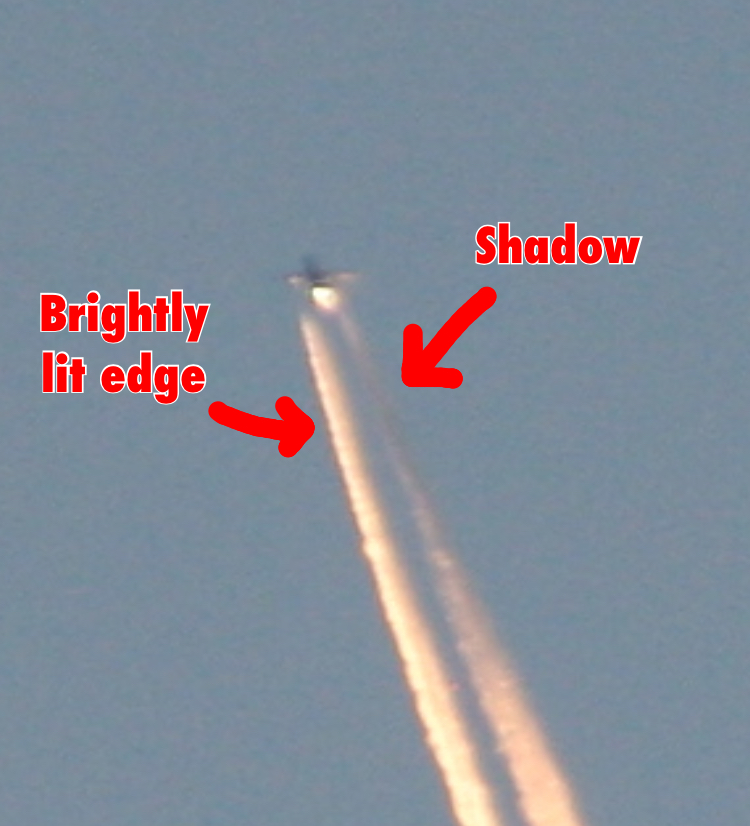 Yeah - shadow was my initial thought

Staff member
Remember the track of a plane is only an approximation of the angle of the contrail, that needs to be offset by the wind.

Mick West said:
Remember the track of a plane is only an approximation of the angle of the contrail, that needs to be offset by the wind.
Click to expand...

True, but here the shadow effect is right out of the back of the plane, so the contrail won't have had time to deflect. From those sun angle graphics it looks like the sun was behind and slightly right of the plane (from the plane's viewpoint).

Trailblazer said:
…here the shadow effect is right out of the back of the plane, so the contrail won't have had time to deflect.
Click to expand...

What matters the most in the OP case is that the engines' contrails were observed at the sunset, when the Sun was at or even below the horizon. At this moment, the incident sunlight was practically horizontal, as the contrails were. In this situation, the trails would be illuminated unequally: the trail closer to the Sun would be brighter, while the other trail would be partly obscured by the sunlit trail. I previously have observed similar sunset contrails, where the obscured trails looked notably darker and sometimes redder. Here is a fresh example: the photos of the CLX776 B747 contrails that I have taken today just after the sunset. In the beginning, in the southeast side of the sky, the frontlit contrails appeared darker than the sky: 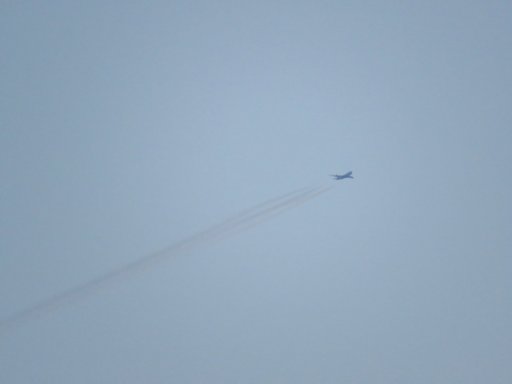 As the plane moved crossed the sky first to the south side, the trails got lighter: 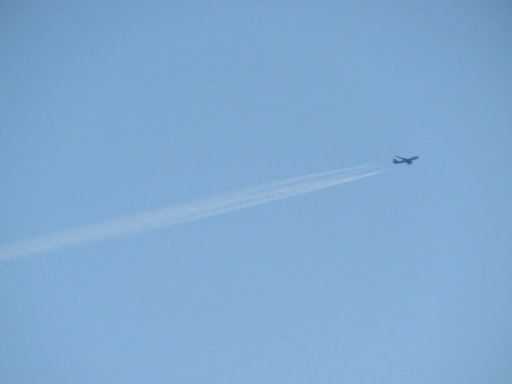 and then they acquired some colours in the west side: 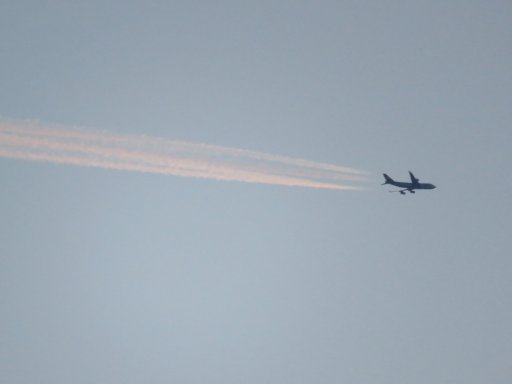 As one can see, the trails from the port engines were closer to the Sun (and the bottom of the picture) and brighter than the starboard engines' trails, in particular, the inner engine trail.
Last edited: Oct 11, 2015

Trailspotter said:
This is not correct. A wind across the aircraft heading will always result in a small angle between the contrail(s) and the heading.
Click to expand...

Yes you are right. I was thinking about that after my earlier post. The contrail angle will be constant for a given wind speed, of course. The deflection will be small in terms of distance right behind the plane but the angle will still be different.
You must log in or register to reply here.