Here are eight ways to tell if a conspiracy theorist is a fraud:


A fraud conspiracy theorist constantly makes up stuff, and then discards certain "information" when no one believes it any more, or no one really cares about it any more.


One of the main reasons this is done is because it keeps people coming back, wanting "new" information.


4. Claims to be withholding information until a later date


6. Claims persecution, but presents no evidence 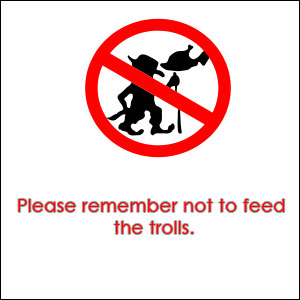 The Internet is without doubt a great invention. Unfortunately, no one so far has been able to develop an anti-troll device that will help to make it a more civilized place. You might have come across this beast called the Internet troll too, in the white of comment boxes, on social networks, and on discussion boards.
In Scandinavian folklore, a ‘troll’ is a supernatural creature that lives in the caves and mountains. On the web, a troll is nothing but a pest who thrives in the anonymity that it provides. The Urban Dictionaryhas quite a few definitions lined up. But – one who posts a deliberately provocative message to a newsgroup or message board with the intention of causing maximum disruption and argument – is the most point blank.
So, how do you take the war to the Internet trolls? First, by reading the pugmarks and recognizing a troll from a guy who just wants to start a one-off flame war.
Putting A Troll In The Crosshairs 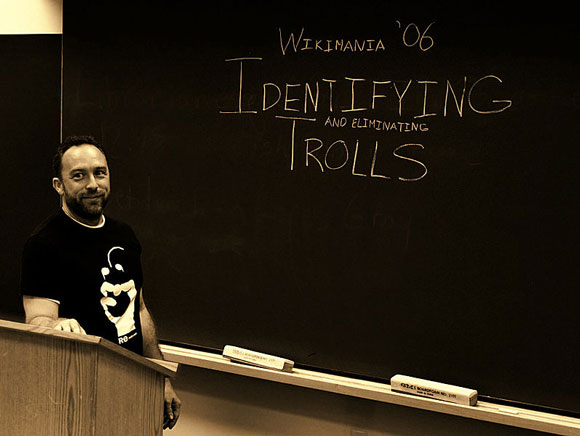 Fortunately, it’s easy to spot an Internet troll from a distance. They have their own sets of socially unacceptable behaviors. 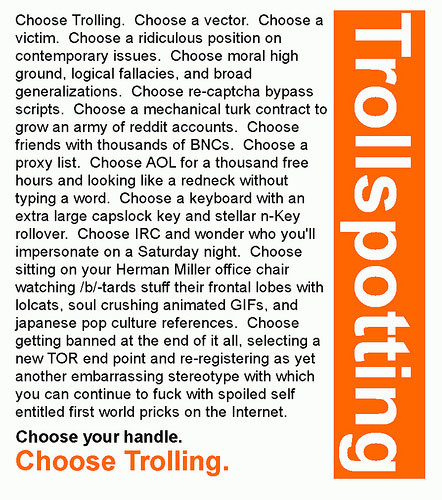 There are different types of trolls. Most are hit-and-miss and are far easier to deal with. Some are more strategic in the way they embed themselves online so as to cause maximum mayhem with minimum fuss. Identifying an internet troll is half the battle one. You can only count on your experience to get one early before you are baited by them. Now, comes the relatively easy part of dealing with these internet trolls.
Surefire Ways Of Dealing With Internet Trolls 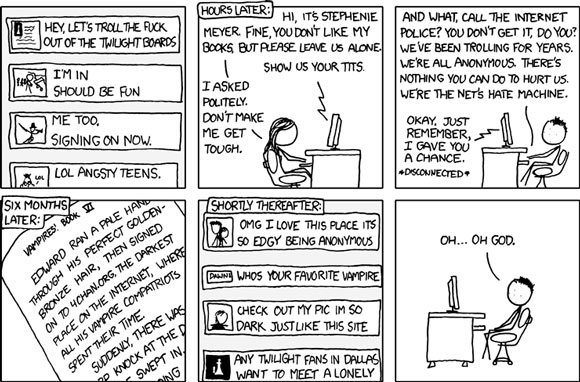 Thankfully, you don’t have to call 911 to deal with Internet trolls. No destruction of property has been reported yet. Effective troll management calls for equal parts of caution and common sense. Here are a few guideposts to follow.
Avoidance is the best policy: If you can catch them shooting their mouths off, totally ignore remarks left by trolls. Don’t feed the trolls should be stuck up on a yellow sticky always.
Avoid arguments: If you do get on a one-to-one with someone you suspect to be a troll, keep your remarks to an absolute minimum. State your facts and move on. Put the ball in their court. By the second remark or so, a troll would have identified himself.
Don’t let them flatter to deceive: There is a high chance that a troll will pay a compliment or two to ingratiate himself before he starts his attack. This is a tough one as there are many real admirers who do sugar coat their comments.
Ask For Supporting Data: To net a troll in the anti-spam net, you can ask for data that can quickly verified like an email address or domain name. Genuine commentators usually have an online persona to back themselves.
The power of the webmaster: You can use blacklists and whitelists to separate the bad from the good. IP addresses can be tracked and persistent attacks from an IP or a range of IPs can be effectively blocked.
Did Einstein know a few trolls when he said – “Two things are infinite: the universe and human stupidity; and I am not sure about the universe.”
Where do you fall on the Internet troll scale? Check out this infographic for a light-hearted look at internet arguments. Cracked.com has its own list of ways to deal effectively with internet trolls. There are quite a few other resources if you ever fall short of advice on how to tackle this cyber-menace. Like the ones in our Geeky Fun section:

Eh, fuck that last one.... polygraphs are unscientific, hoaxtech, that have done the word 'truth' more harm than good.

Their lips are moving?


There's a great deal of self importance that comes wtih being "awake". Some of these people seem to think that their "special" insight makes them different and worthy of promotion.


I find that the true believers display a great deal of congnative dissonance and confirmation bias. They consiously and subconsiously shield themselves from information that is threatening to their belief system. Contrary facts are like the devil and temptation trying to lead them astray and must be actively fought. Thus people that contradict the faith are automatically "shills" or some such. That isn't much different from the way a fervent religious believer reacts to an unbeliever when the unbeliever challenges the beleiver's claims.

It is real to the believer.

4. Claims to be withholding information until a later date


This is one that does seem to reside mostly with deliberate hoaxers. I have seen true believers through that will regurgitate "I have double secret damning information" mantra but I think they are typically getting that from their leaders. I've had a similar experience with true beleiver Young Earth Creationists. They will attempt to "debunk" evolution or even just old earth geology, fail at their task, and then leave the thread exclaiming that evolution is a proven lie and the proof will be released by ICR, Discovery Institute, whomever SOON. Seems the true believer knows that the evidence is out there. Their preacher tells them so. So they know that it will be forthcoming any day now.

6. Claims persecution, but presents no evidence

To many of them, a thread such as this is persecution.

scombrid said:
I think a lot of true believers will be guilty of a lot of those. It's not just the deliberate hoaxers. I think true believers often hoax themselves without even realizing it.
Click to expand...

Very true, I refer to that is "effectively trolling", although that sounds kind of like they are trolling very effectively, so maybe a better term is needed.

To many of them, a thread such as this is persecution.
Click to expand...

Which is a big problem. Even with a strict politeness policy there are people right now posting on Facebook about how Metabunk is full of thugs and stalkers.

lotek said:
Eh, fuck that last one.... polygraphs are unscientific, hoaxtech, that have done the word 'truth' more harm than good.
Click to expand...

Yes, you could makes things a lot worse by having them take the test and then passing it.

I think most of them come to believe in what they are saying anyway. Or at least the repeated telling of falsehoods becomes rationalized and normalized in their minds, so their brain does not consider it a lie.

I ran into that with my posts on the BP spill. They had done such things as find a picture of me that I had forgotten was out there, post it on their site and then they acted like a pack of middle school kids in making fun of my looks. They even photoshopped it to exaggerate things. They had posted the names and phone numbers of other's family members, but when we pointed out that they lived in the midwest or the northwest, they accused us of 'stalking them'.

Not necessarily connected to why Mick edited your comment, but Has Dane Wigington responded to your accetance of his challenge to a debate?
You must log in or register to reply here.