Here's a youtuber who caught no doubt the same UFO effect caused by a bug zipping past a drone camera. This should jump to the time (2:06) where a red circle tracks it...


You can make out the wings on this bug in freeze frames. The phenomenon seems to be sunlit bugs getting imaged as very white with a dark background. Apparently he didn't notice another bug that passes in the full footage seconds after the spot I'm time-targeting here.


An insect coming through frame.
Last edited by a moderator: Oct 4, 2019

Dandelion seed pod or something similar was my first guess, months ago, when this first surfaced. Falcon was another one I explored but I've over a decade of experience with falcons, including photographing them. Dandelion seedpod I stuck with. And then we have this.. Skip to 12:02. Notice several similarities:

The shape of our object is more obvious and identifiable in my example. I don't think it takes much imagination to consider how our Utah ufo might be the same thing, just appearing slightly differently due to differences in lighting, camera, speed & angle of approach. I reject declarations that the Utah object dips behind the distant treeline. (a) the resolution isn't high enough to tell (b) it could just be a close, small object, rotating as its blown, the changing perspective resulting in moments when the camera cannot resolve the object. My dandelion example below is entirely consistent with this.. The nature of the windblown dandelion seed means it does indeed rotate while being blown in the wind, and that rotation does indeed lead to different perspectives, some of which render it momentarily no longer visible... This effect increases with distance.

For me its case closed.

Both insect are bird are easier to identify either because they're nearer camera or they're bigger than our "UFO" (or that's neither insect or bird, but a seed or something like that).

At 1:58 in the following drone video we see what I strongly believe to be the same thing again.. A dandelion seed.

That quite recalls the Utah "UFO", but seen in detail I'd bet that's a bird. At some point you can guess its wings. 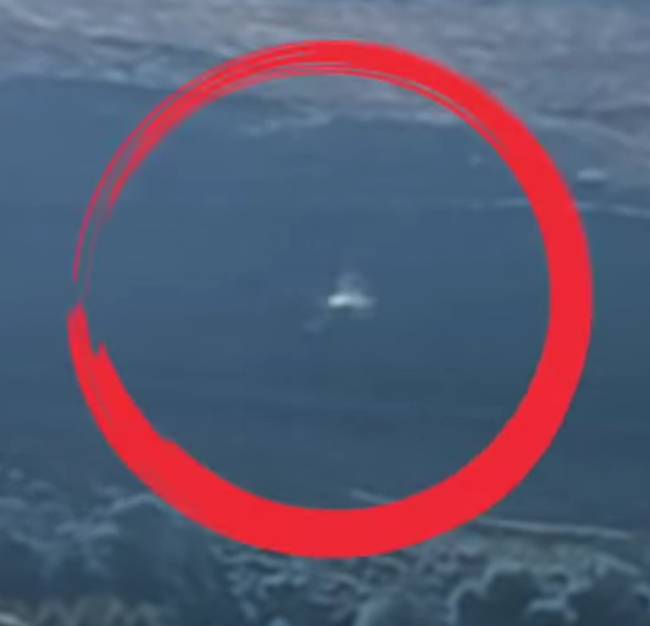 At 2:04 you have a second such object, probably another bird.

Mick West said:
Welcome. I started one for you:
https://www.metabunk.org/threads/san-diego-silver-sphere-videoed-by-rick-ybarra-2014.11375
Click to expand...

Hello, I recently did a photo/video analysis of the Beaver, UT UFO video. I have a background in planetarium production and writing scripts for science shows. I deal mainly in Photoshop, After Effects, Premiere Pro, 3DS Max, and Blender.
I'll do a video and photo analysis in an effort to determine if this is captured in camera, or comped in; also try to determine if it is the size and traveling at the speed which people claim.

WhoIsJayLamm said:
I'll do a video and photo analysis in an effort to determine if this is captured in camera, or comped in; also try to determine if it is the size and traveling at the speed which people claim
Click to expand...

Can you summarize what you concluded?

I watched it, here's a precisis

Initial view is it's a composite due to lack of shadow and effects of "ship" air displacement on trees, drone etc (of course alient craft proponents will claim that it uses some novel propulsion/force field that eliminate these effects and the sonic boom etc)

Notices the black outlines (maybe just a sharpening halo?) thinking it could be shadows or something.
"If it were a composite they did great job" most of the video is basically using PS filters and effects to check hue/luminance/saturation of object versus environment concluding this was captured in camera based on apparent experience of creating composites themselves. This is approx 23 mins of the video.

Conclusion is because there were no shadow/displacement of trees and it was in camera it is likely a small, close object (like a bird etc) and mentions the it's a falcon theory.

Against the falcon theory is this: They stoop at great speeds, yes,,,, vertically! Thanks to gravity. But then once gliding horizontally the speed will drop quickly. Gravity is a thing. We see no flapping of wings. Even if we did, and even if it was a peregrine, it would not be able to achieve this speed and maintain it horizontally. If the object was the size of a falcon it would not travel this far, at such a speed, horizontally. Period. The visuals are much more consistent with a very nearby, small, lightly coloured object. Such as a dandelion, which are perennial and grow around the world.

Skip to 12 mins, then imagine it blowing towards us horizontally, rather than coming upwards at us.

Fin said:
Such as a dandelion, which are perennial and grow around the world.
Click to expand...

Not sure if you've seen Rob Lewis's latest video on the Beaver UFO - but he visits the location and finds there is indeed a lot of "fluff" floating around. There are a lot of cottonwood trees in the area (and, indeed, dandelions).

Excellent vid. Thanks for sharing, Max.
You must log in or register to reply here.