Hello. I have recently joined this forum and I was wondering if people here could help me find an explanation for something. A few years ago, a friend sent me these photographs via Facebook. He took them while on a trip to Edinburgh, he claims that there was no mist or smoke visible at the time he took the photograph and that when he took another photograph, it was no longer visible.
Does anybody have any idea what may have caused the photograph to appear this way? 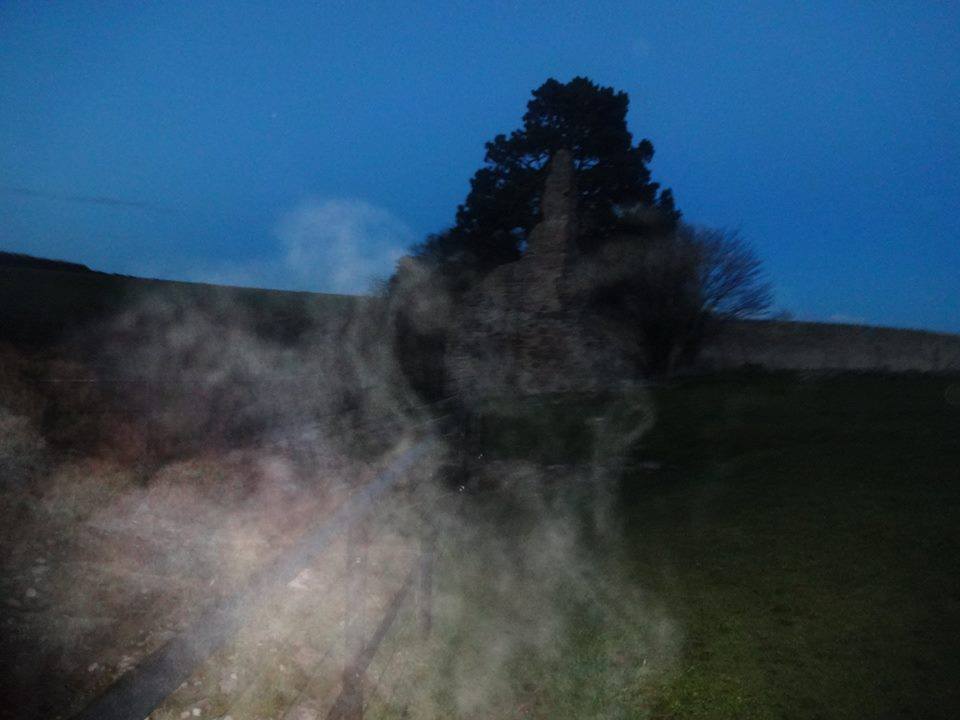 (I apologise if this is the wrong forum to consult about this question or if the thread should have been titled something else. I simply had no idea what to call it.)
Last edited by a moderator: Apr 29, 2020

Staff member
My first thought was that this looks like a possibly cropped photo, taken with a flash, that illuminated the photographer's breath on a cold day.

But my second thought was that there seems to be some mist along the country road, along the fence 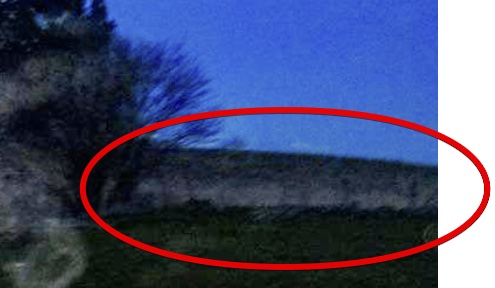 So maybe there was some very localized ground fog, it was illuminated by the flash. Then in later photos they had moved a bit, so it was not.

Ask him for the original photos.

This is the only photograph that he has unfortunately, I suppose unless we had an uncropped photograph we won't know for certain. However, this seems like the most reasonable explanation given the circumstances. Thank you.
J

My first thought is I have no idea what a ghost would look like, assuming there is such a thing, and for which there's no plausible natural explanation, nor any physical evidence. Except, maybe, from reading Lovecraft.

I'll add that we don't know what the air temperature, dew point, and air speed and direction, were in the local area. From Mick's keen eye, we see that there is some apparent fog along a horizontal line in the rear upper right. Being here in AZ, that could also be a dirt road and a dust trail from a passing vehicle, but the poster says it's Scotland, so nevermind %^). I don't know that place, but Mick assumes it's a road, fine. Under clear skies and little air movement, the hardpack/macadam surface can radiate heat faster than the surrounding vegetated land, so moist air from the vegetated areas can drift across the road and chill a bit more, condensing as fog. This suggests to me that the air is near dew point anyway, and so even something like a person's breath could add enough water content to the air to show as fog, however, not enough to last long, as the humidity quickly falls off the 100% mark as the moisture plume expands.

Around two hundred years ago, Laplace stated "the weight of evidence for an extraordinary claim must be proportioned to its strangeness". Still holds true.

Cheers - Jon
You must log in or register to reply here.