This is NOT a Rainbow [Morning Overhead Contrail]

I woke up this morning to what looked like a rainbow. But it was a typical cold, crisp northeast Ohio day with no precipitation. When I looked at it closer (it was HUGE) it just abruptly ended mid arc. So I took pictures. It can't be a plane, no airports close to me and a plane doesn't take off at that big of an angle. No fireworks or bottle rockets, it is just too big and there no noise. Any ideas what this is? I took quite a few pics. 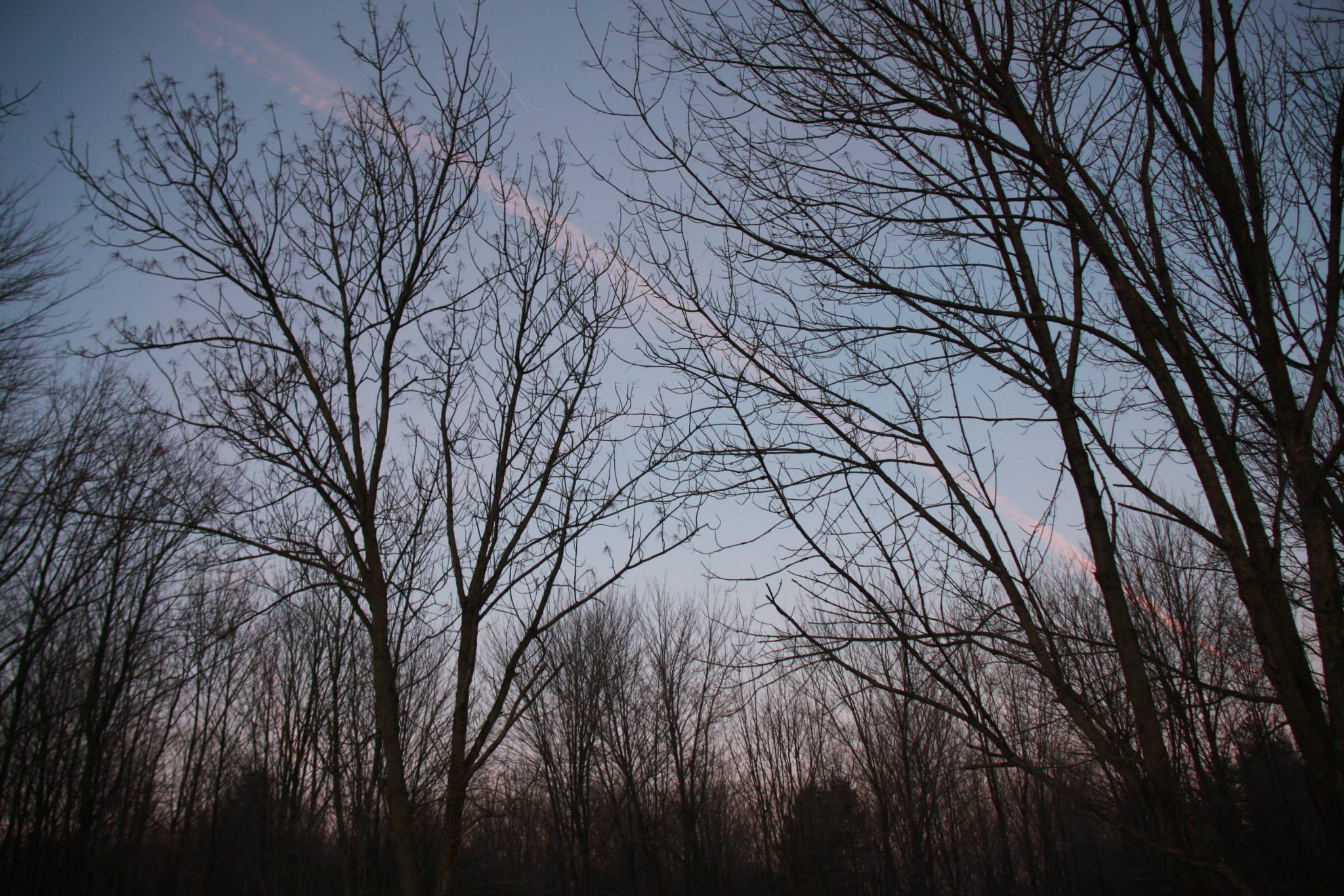 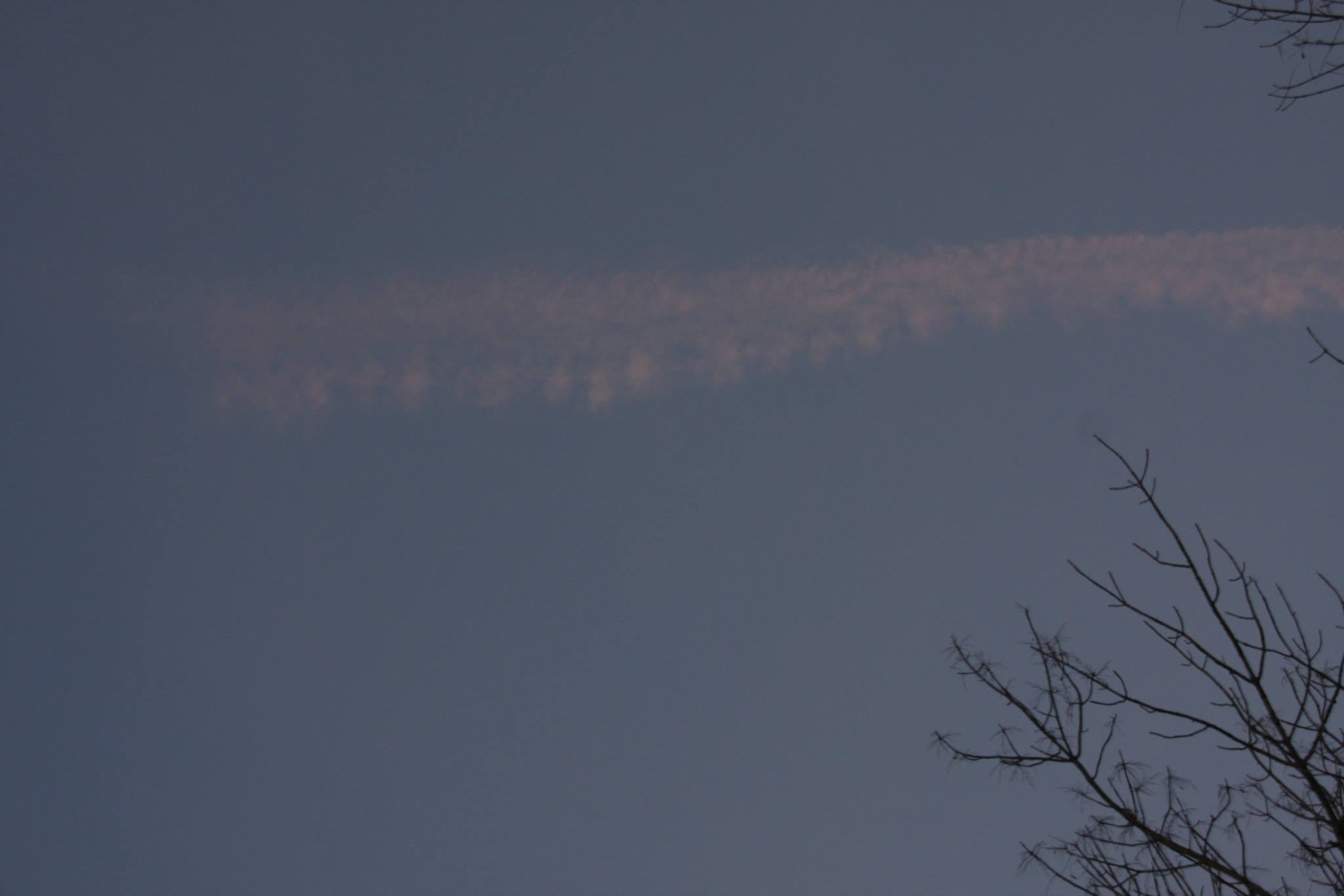 It's illuminated by the morning sun, so has a bit of an orange tint. Contrails are actually not associated with airports, as the planes are too low to make contrails when approaching or leaving an airport, so you see them from fly-over traffic, often in very remote areas.

The angle is an illusion, it's actually flying perfectly horizontal, in level flight. It looks angled because it's flying close to you overhead. Try imagining the path of a plane in the sky as it flies from 50 miles away in the west, to directly overhead, and then 50 miles away in the east.
http://contrailscience.com/contrails-are-usually-horizontal/

Contrails can stop abruptly as they enter or leave different air masses.
http://contrailscience.com/broken-contrails/

Looks like part of a contrail (or even just a cloud) lit by a low sun on the horizon. The pink tinge occurs all the time at sunrise and sunset. Just because you have no airports nearby doesn't mean that a flight didn't go over.
C

Thanks! I really wondered what it was and when i searched places to post it to find out what is was I knew I wouldn't get a conspiracy theory here!

What part of Northeast Ohio? 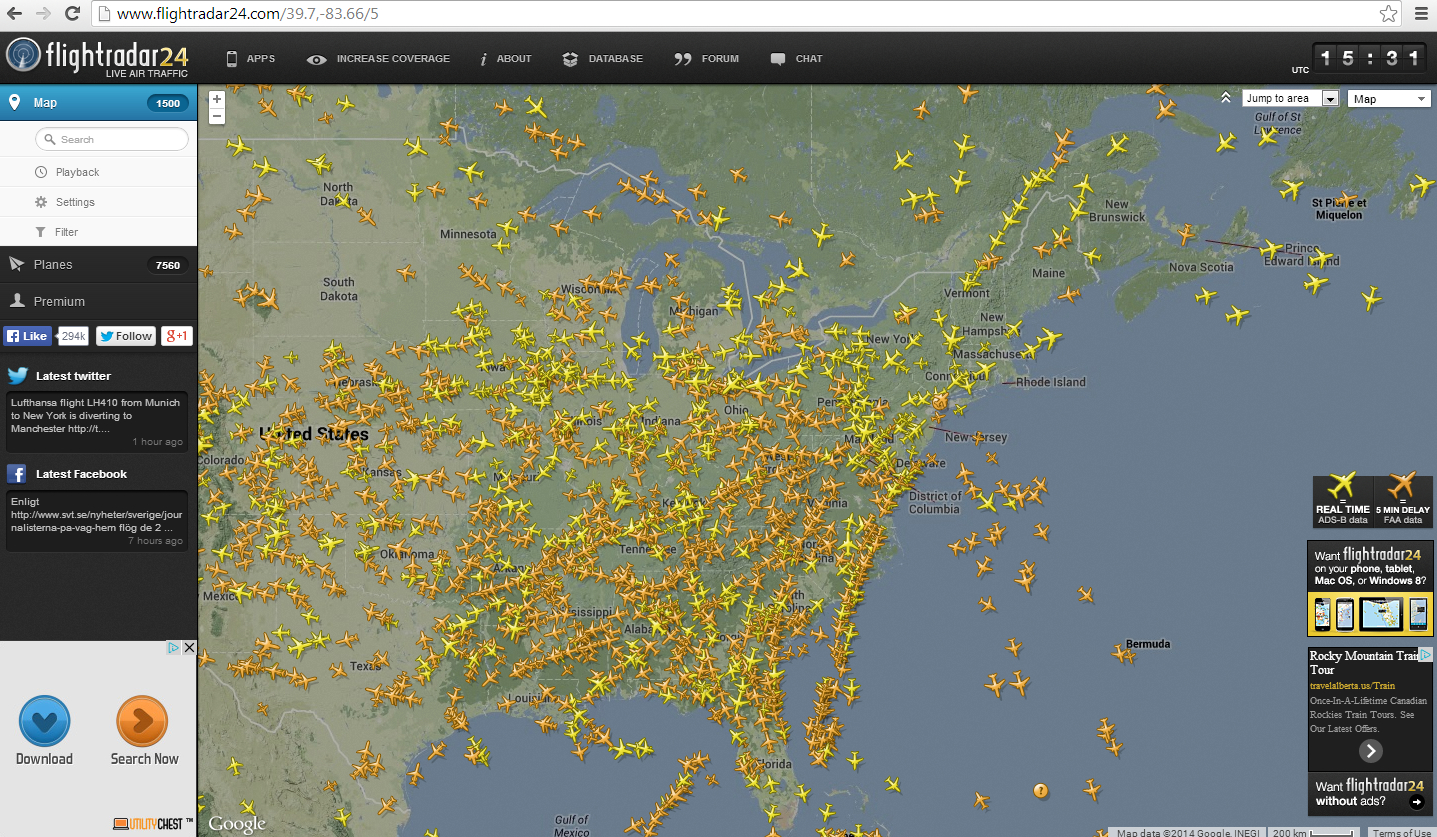 http://www.flightradar24.com
This is a shot of the flights over your part of the country, taken at 7:40am pacific time, Jan. 8, 2014. Try zooming in on your specific area tomorrow at the same time.
C

Chianne,
Try the following link. Set from 1200 GMT and centred over Stow. That should be 0700 EST and might possibly show a likely candidate on the run up before 0800 EST (1300 GMT)? You can click or pause/click on the aircraft and a data box should appear on the left hand side.

Thanks for all the information! I am amazed all those planes could be up there at once!