The E-PAI report on the Origins of COVID-19

Matt33 said:
A dubious report from anonymous investigators emerged, claiming that reduced cell phone activity in the Wuhan bio lab points to an emergency shutdown in October last year. That would fit the Trump administration's narrative that the virus escaped from the Chinese lab. That story smells like WMD evidence, if you ask me.

I've attached the report, it's 43MB. (If that's too big for the forum, @Mick West , please delete it.)
The authors of the report call themselves "E-PAI ODIN". I don't think their evidence supports the claims.

Claim 1: Device Activity Around the WIV 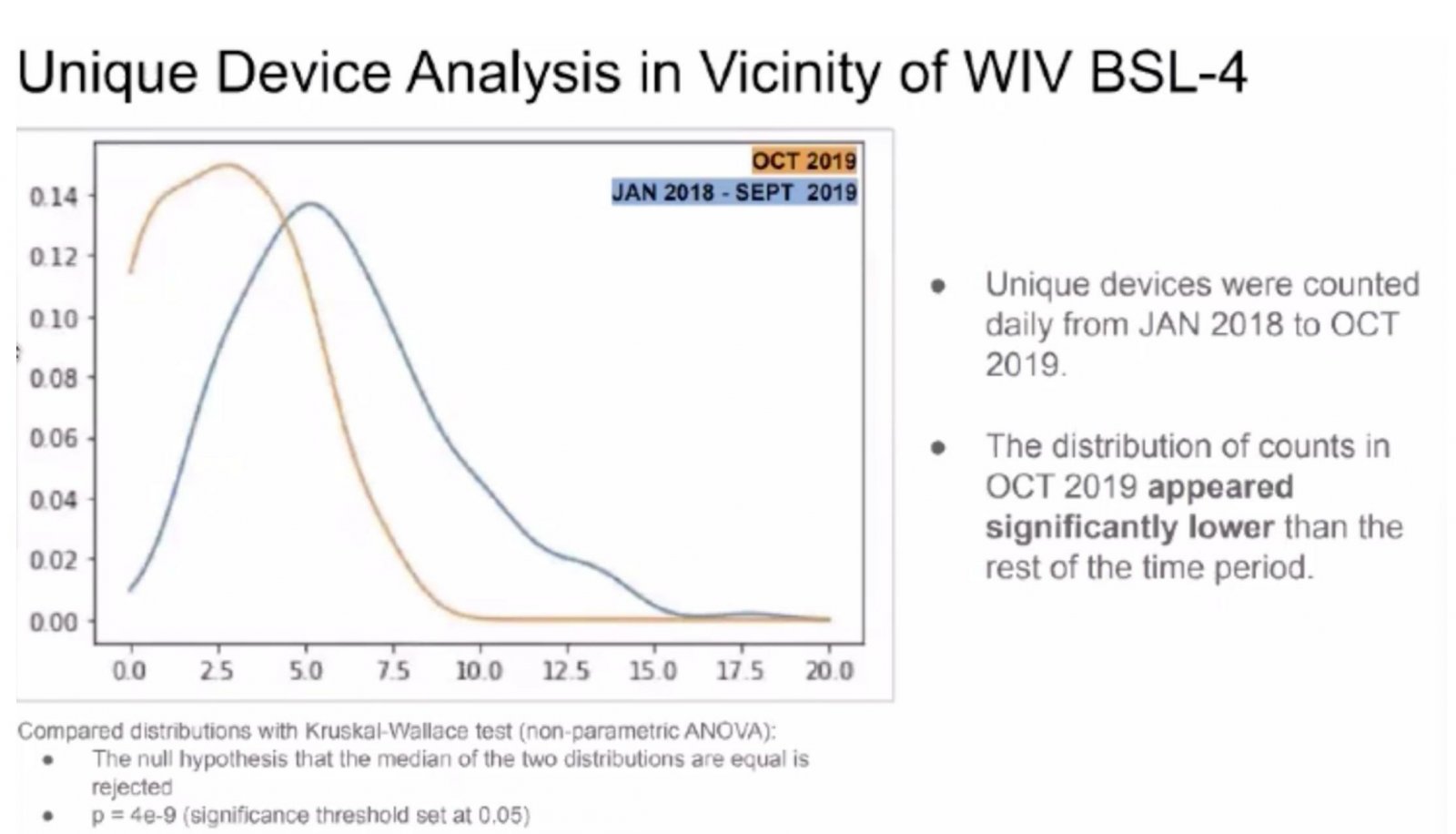 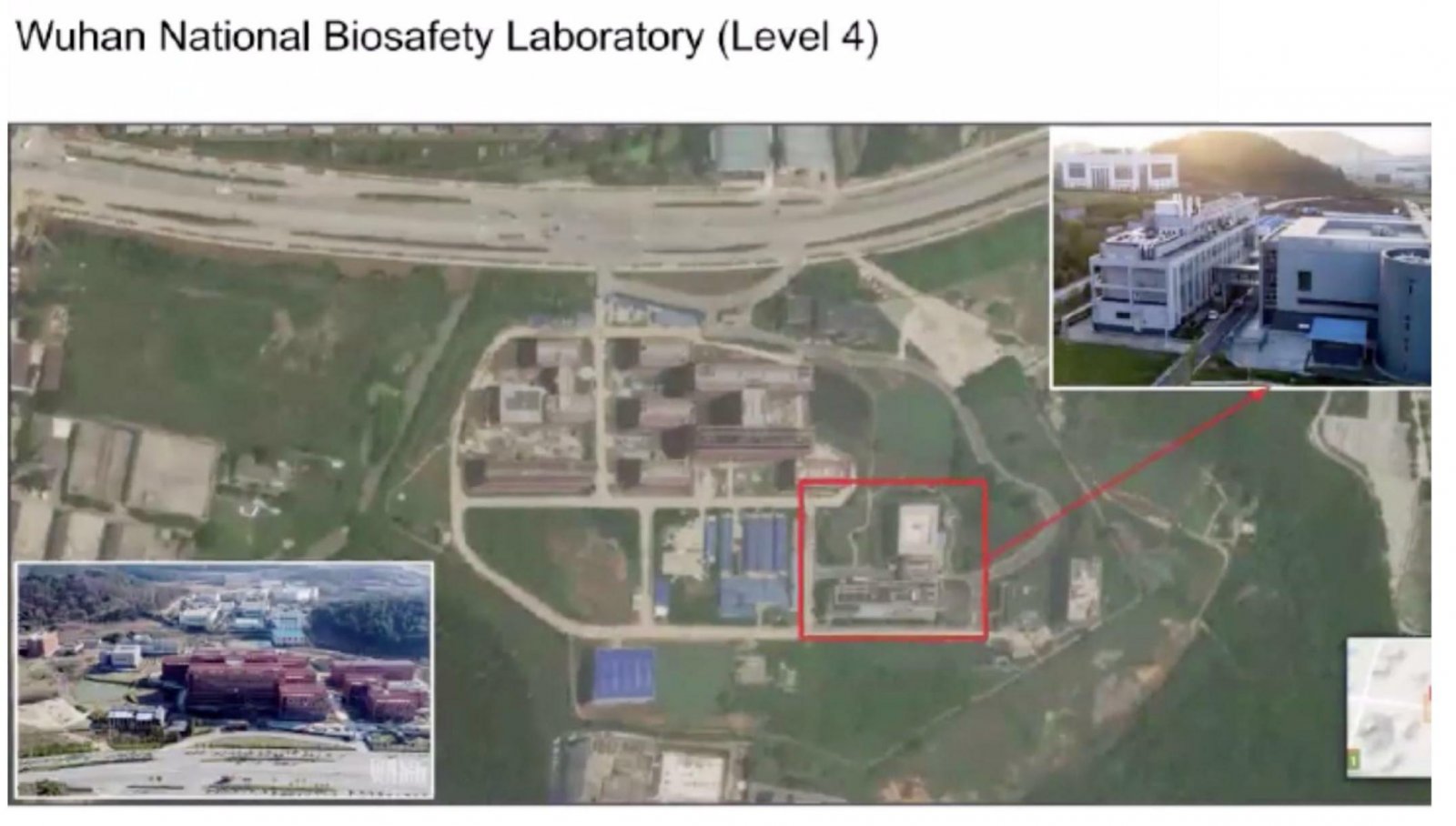 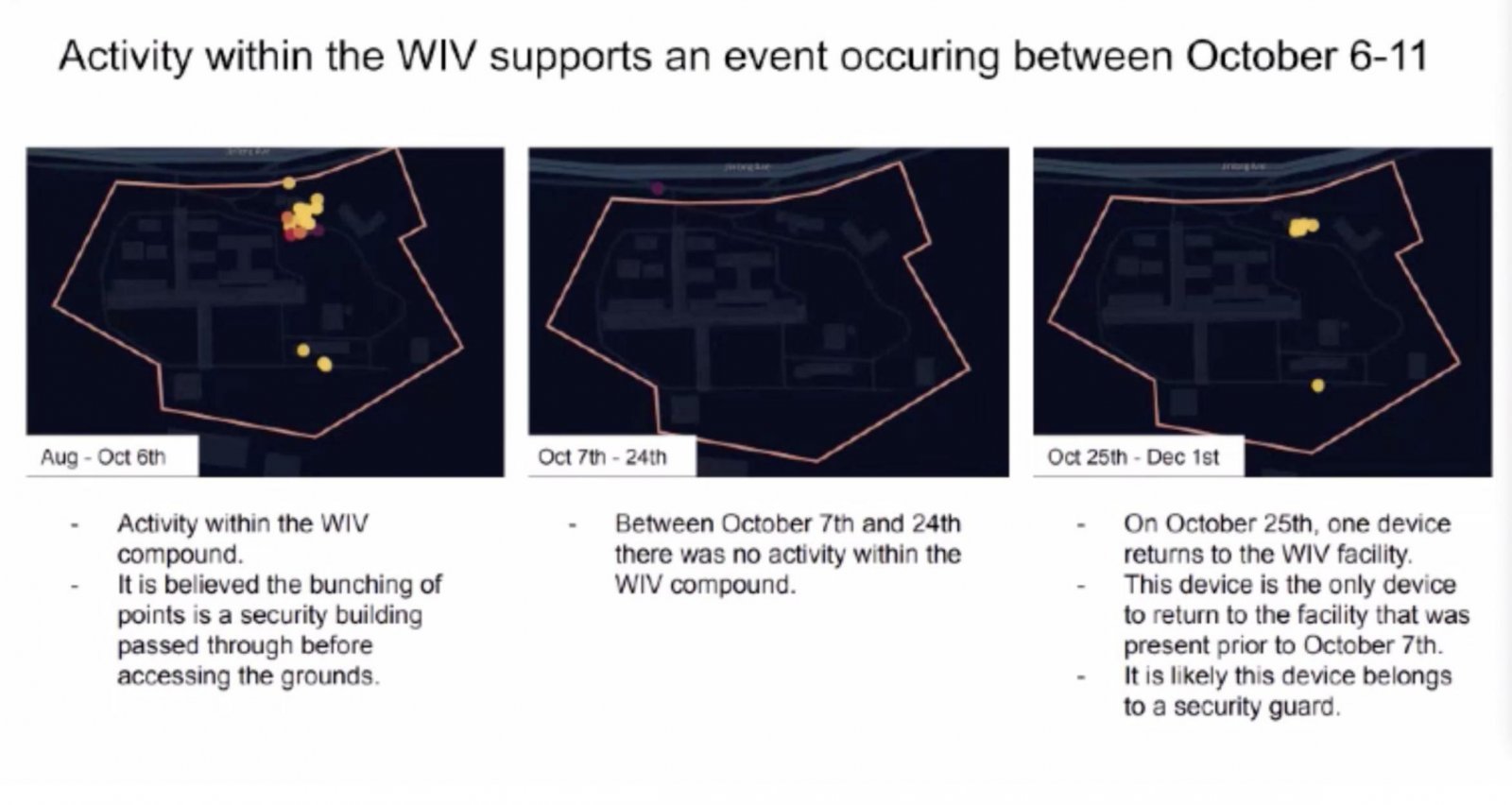 We see that all of this logged activity is mostly occurring at the entrance, and that there are about 3 device occurrences in 3 months (Aug-Oct) and then 1 device log in one month (Oct 25th-Dec 1st) and we're supposed to be surprised that there wasn't one in a 2-week period? If they rotate security guards, and this one guard that they are logging is assigned somewhere else during this period, this already explains it. This "intelligence" is trying to gain insight into the workings of a huge research complex by tracking 2 phones.
The remaining graphs actually disprove their own claims: 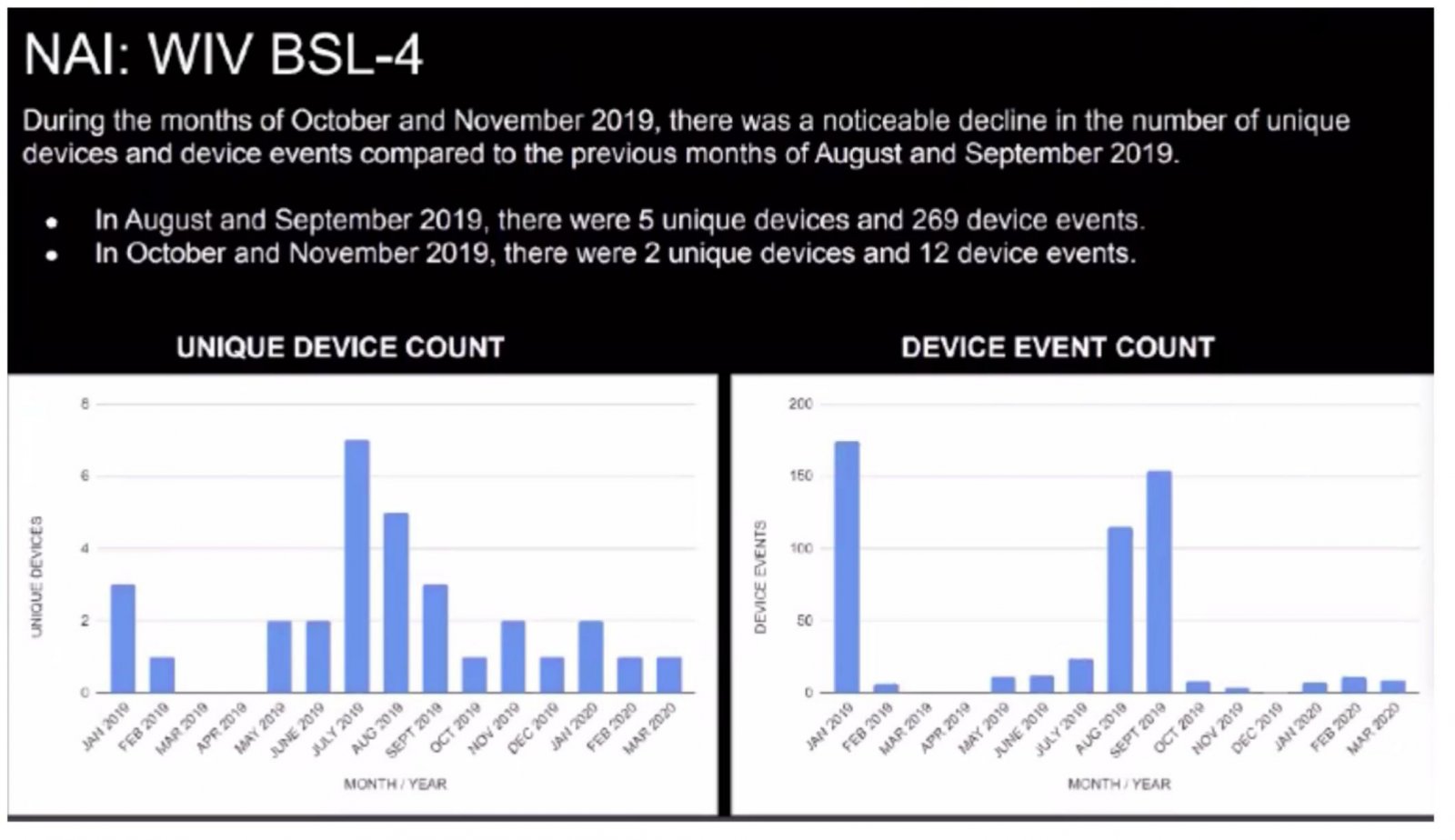 As we can see from the aerial image, there's a lawn outside the WIV. I'm not surprised people might be there in the summer. But for months Feb-May, the activity levels are absolute comparable to Oct-March; in fact, going by this data, something horrible must have occurred in March and April of 2019, because activity was even worse then than it was in October!
So, the report is misinterpreting the data and cherry-picking it for their comparison: the data actually shows business as usual. 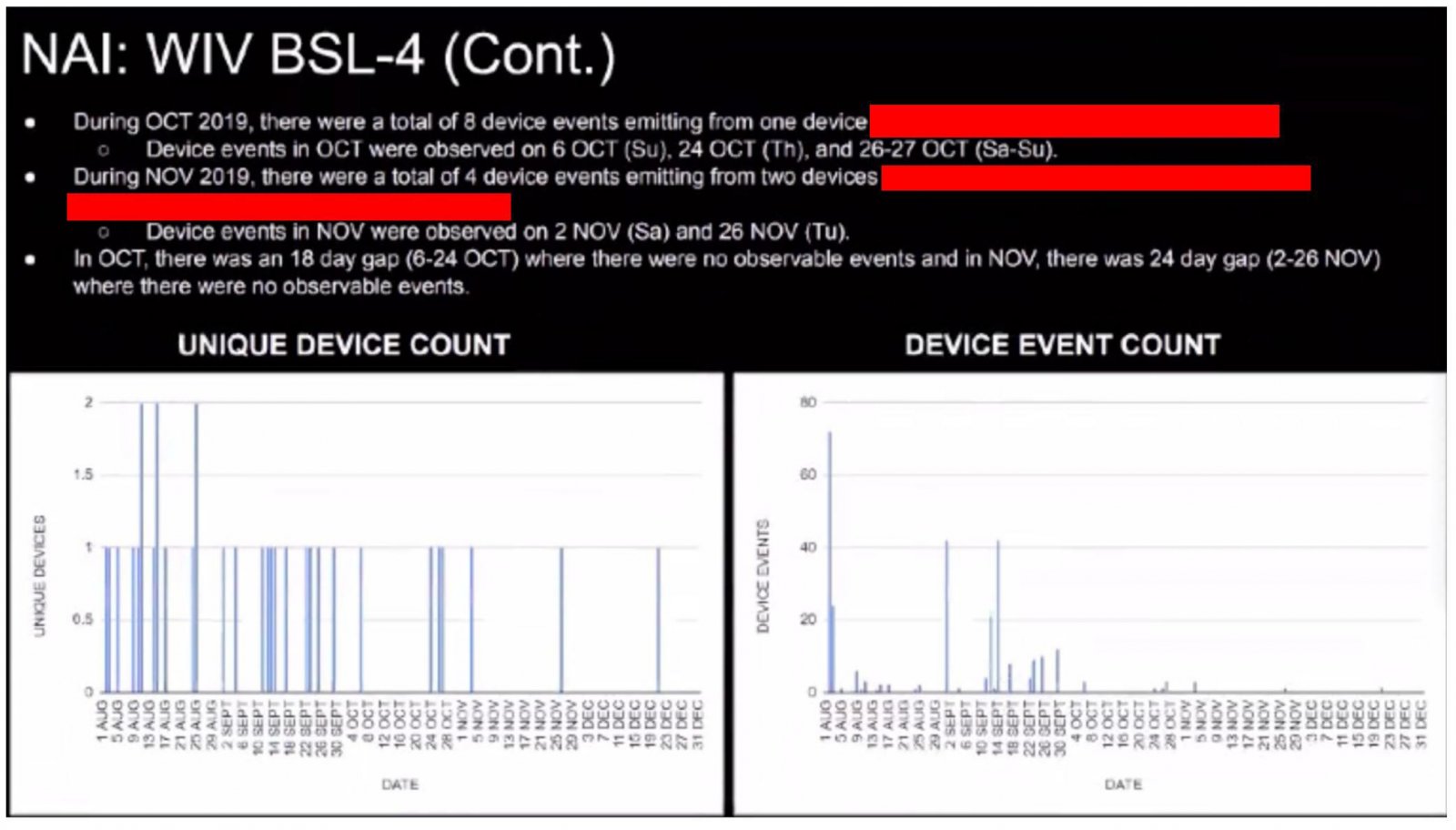 Same here: October absolutely does not stand out, and the y-axis on the left graph confirms that we're dealing with a sample size of 1-2, which means they're trying to draw conclusions on the activity of the whole institute from the activity of a single person or two. 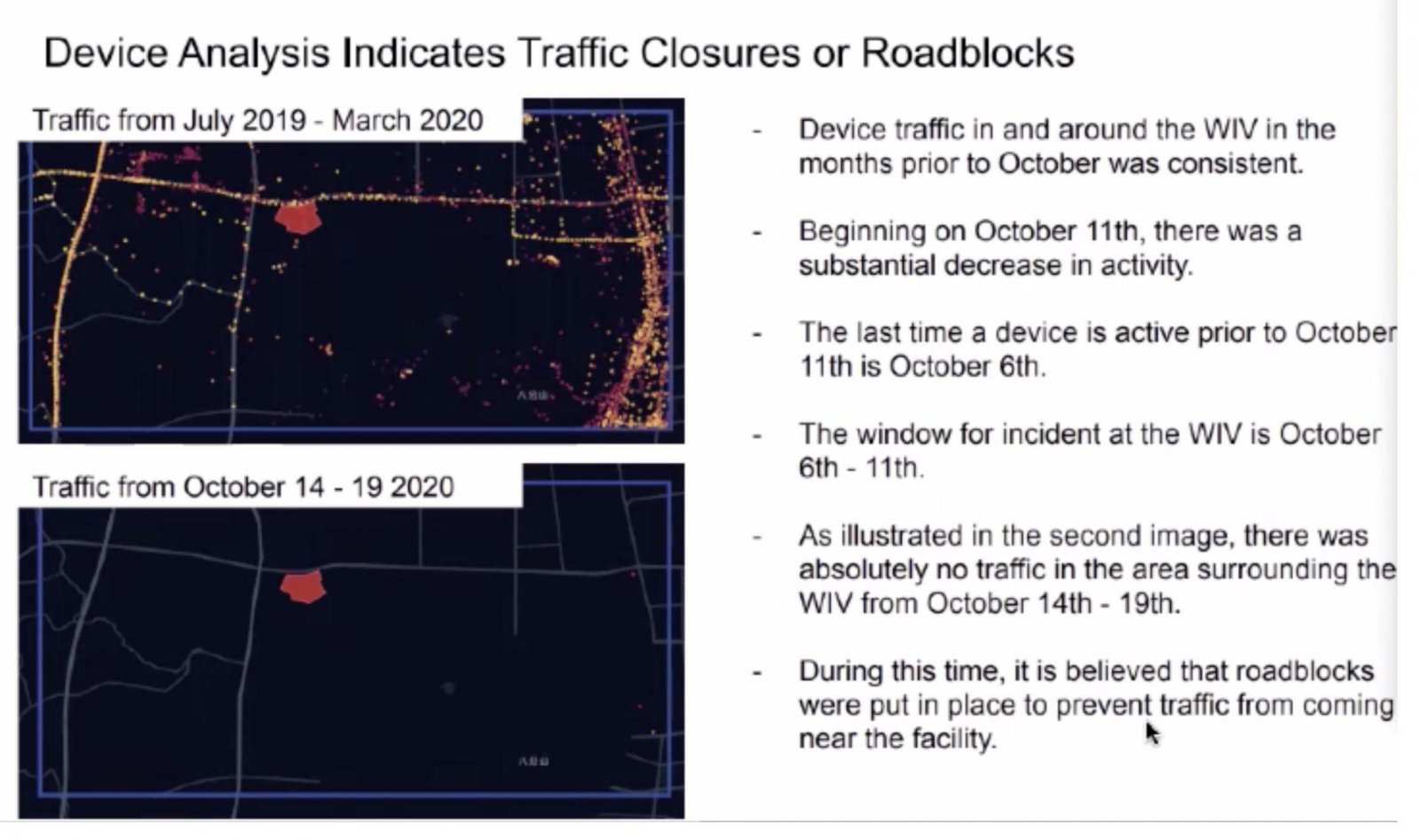 A cumulative pattern over 9 months is compared to a single week (Monday-Saturday; unsurprisingly, less traffic ensues.
The claim is that this specific area was blocked off; to support this claim, we would need to see that the traffic in the larger area has remained unchanged. Maybe traffic has gone down in all of Wuhan? Perhaps the reporting mechanism had a dropout that week for all of Wuhan? Without the wider picture, we can't verify the claim that the dropout affects this narrow area only.
Later in the report, they provide 3 weekend graphs: 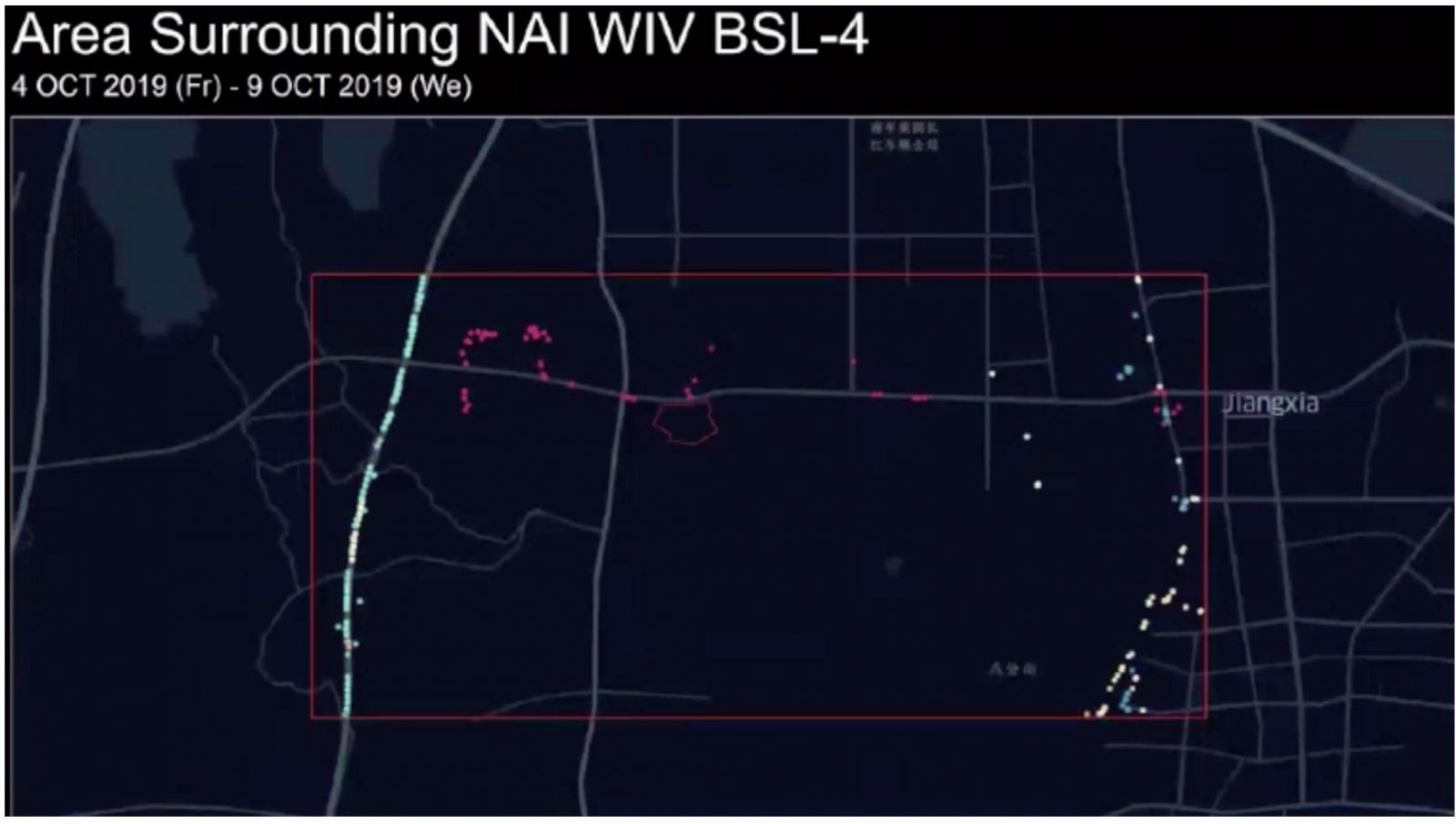 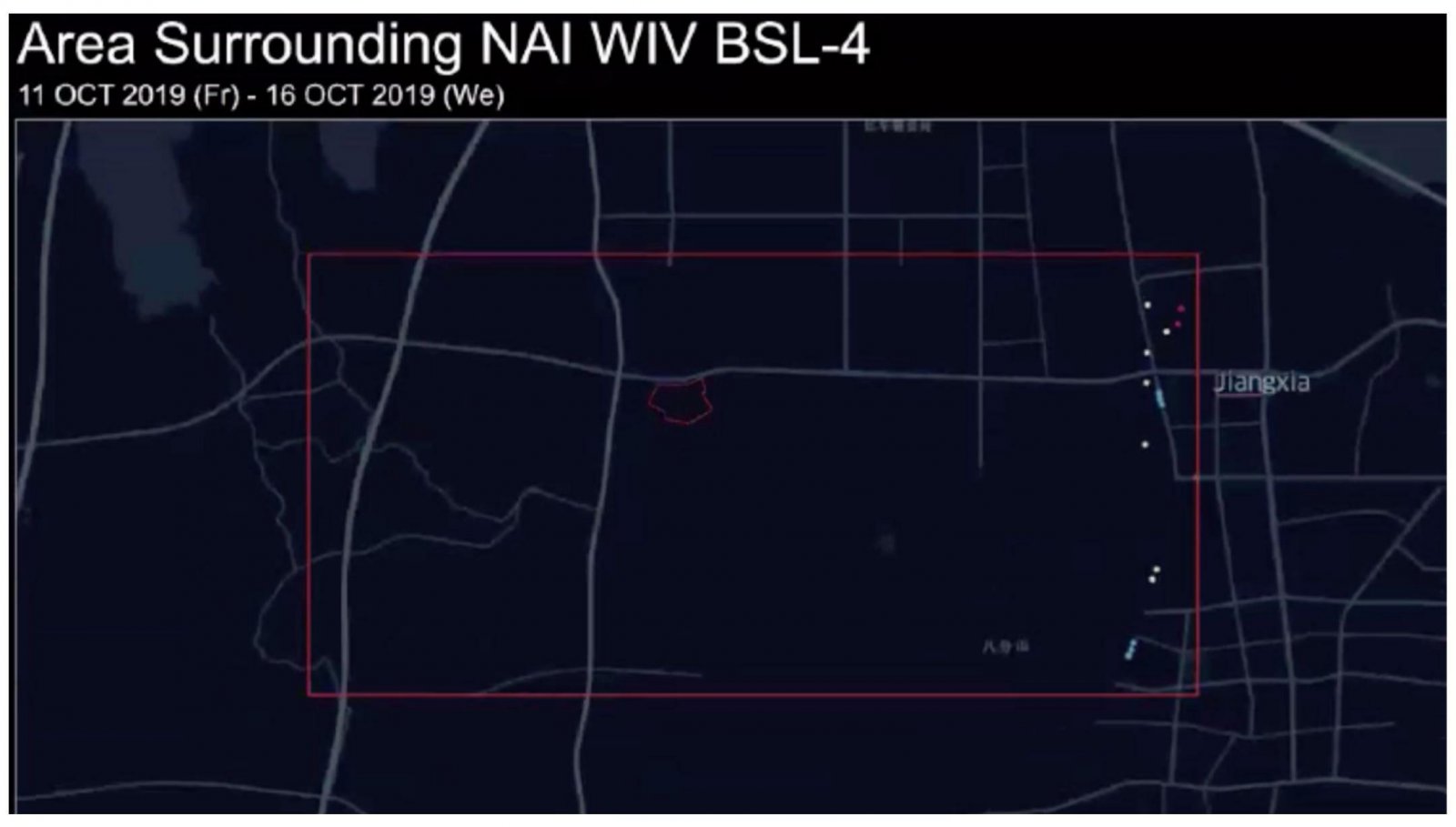 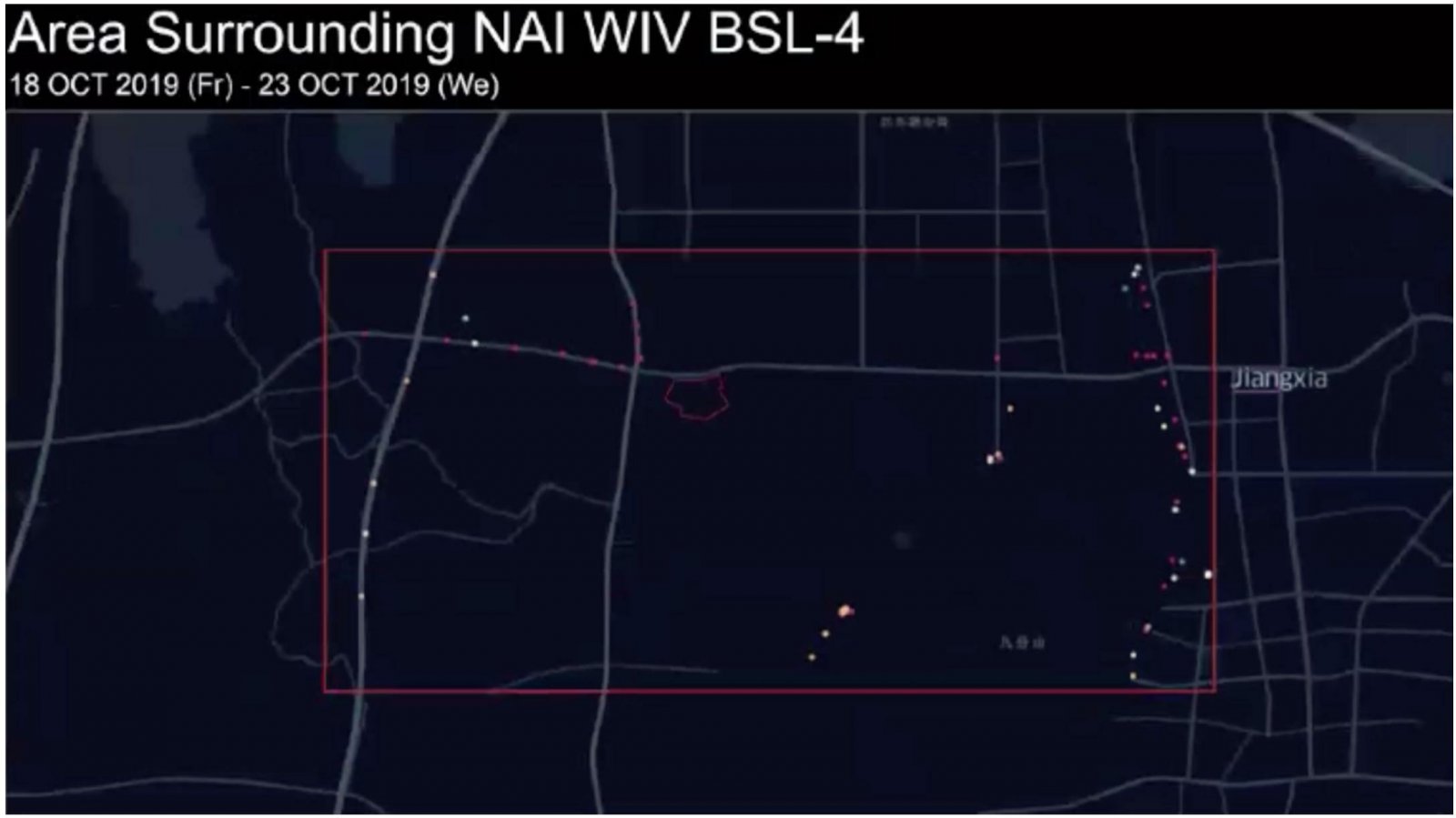 Note that two of these maps actually overlap with the time from the above comparison slide map (Mon Oct 14- Sat Oct 19) that has no traffic at all, suggesting that the traffic that was logged here actually occurred only on Sundays. The coloring seems to indicate that there about 3-4 devices getting logged on each Sunday. So, again, the evidence doesn't justify the claim that something unusual occurred during the week, because
-- there are no comparisons to surrounding areas
-- they are cherry-picking the weekdays and enlarging the cumulation intervals to hide that
-- the number of devices is too small to generalize from.

Claim 3: Devices that frequent the WIV

They're suggesting that a virus researcher from Singapore visited the WIV in November. The WIV is an internationally renowned reserach institute, released papers and documented guest stays of WIV researchers in related institutes around the world document that international visits like these are not unusual at all. If there was a cover-up going on in the WIV, certainly a foreign national capable of understanding what is going on would not be invited to the institute at that time. This evidence actually suggests that there was nothing to cover up.

Claim 4: Open Source Intelligence
As far as this relates to social media, and I haven't followed up on that. It needs to be put into context, as the "evidence" looks cherry-picked, but that's difficult because none of the "open sources" are cited. But given that the previous 3 claims have already proven to be based on doctored evidence, I don't expect this weakest of their claims to be any better.

One "open source" claim is that a "WIV internal workshop" on "biosafety lab management and techiques" planned for Nov 3-9 was cancelled, and that safety&security training was conducted on Nov 21, Nov 27-29, and Dec 6. (timeline page 10) On page 16, that has become an "international" workshop.

I am assuming that the internal workshop has simply been rescheduled; and that this kind of training occurs annually.
I also do not doubt that the WIV participates in conferences on infectious diseases all year round, not just in October-December; and that that's just evidence that they're doing a good job as a research institute.

Conclusion: This report is bunk on all counts.

P
Friend has fallen into COVID-conspiracies
2 3