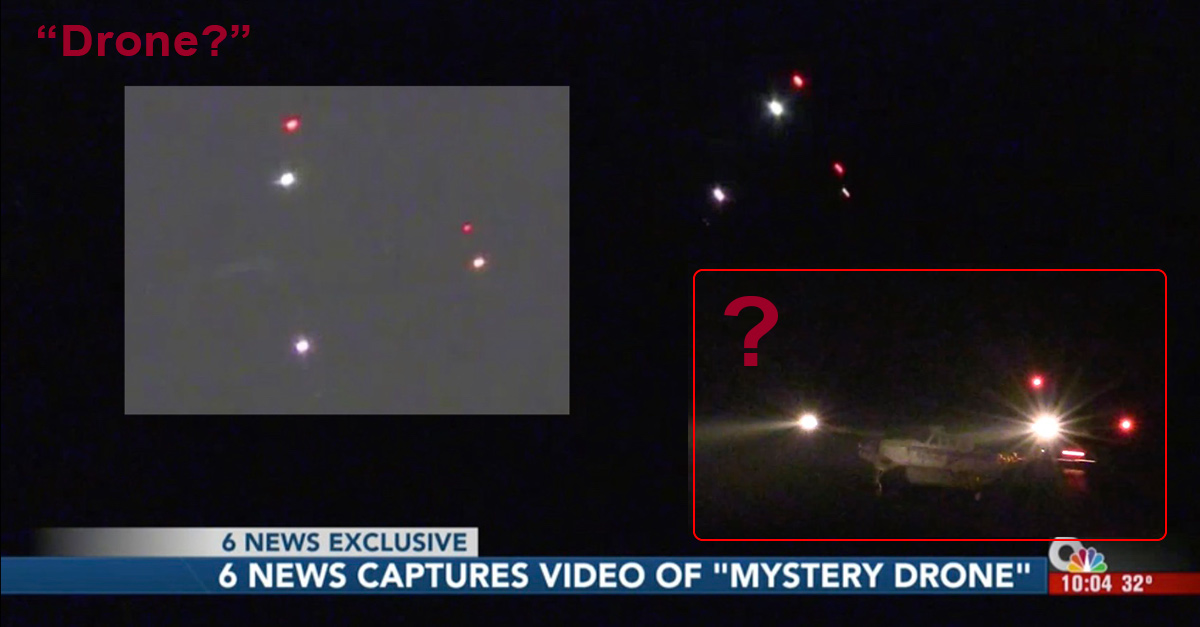 The somewhat shaky video shows a plane-shaped object, and it sounds just like a plane, so I'd guess it's probably a plane. But the reporter, Lileana Pearson, says


"The Drones, which we estimate to be between 4 and 6 feet wide, that were so near overhead that we could actually hear their propellors. ... the mysterious drones that flew less than 100 feet above our heads"

And a deputy says at one point "It's a V, it's got a V" - which is an interesting illustration of someone subconsciously inferring a shape from an arrangement of lights.

The location is given as "Saunders County, west of Omaha", and "near County Road R, outside of Mead, Nebraska, presumably by the barn shown in the video 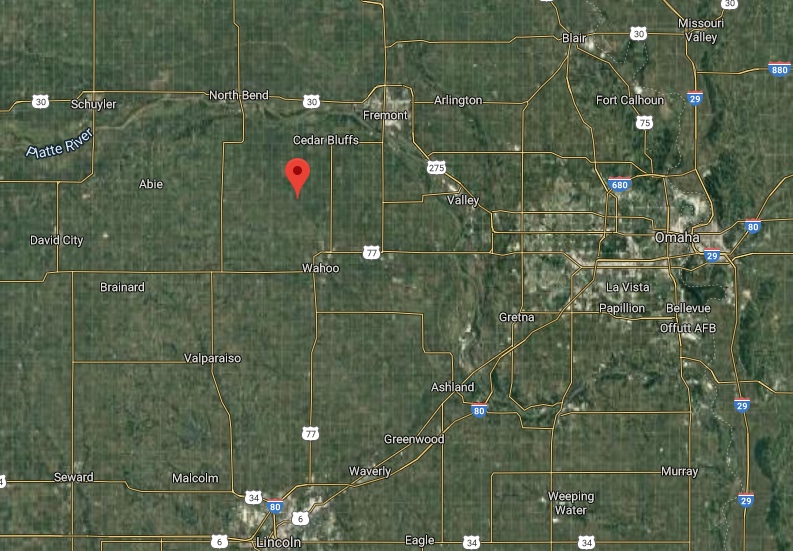 The story aired after 10PM, Jan 7, 2020, so presumably earlier that evening. Likely between 6 and 8 PM, given how dark it is, and the need for some editing.

Just looking at live traffic right now, we see small a small plane has flown over that area: 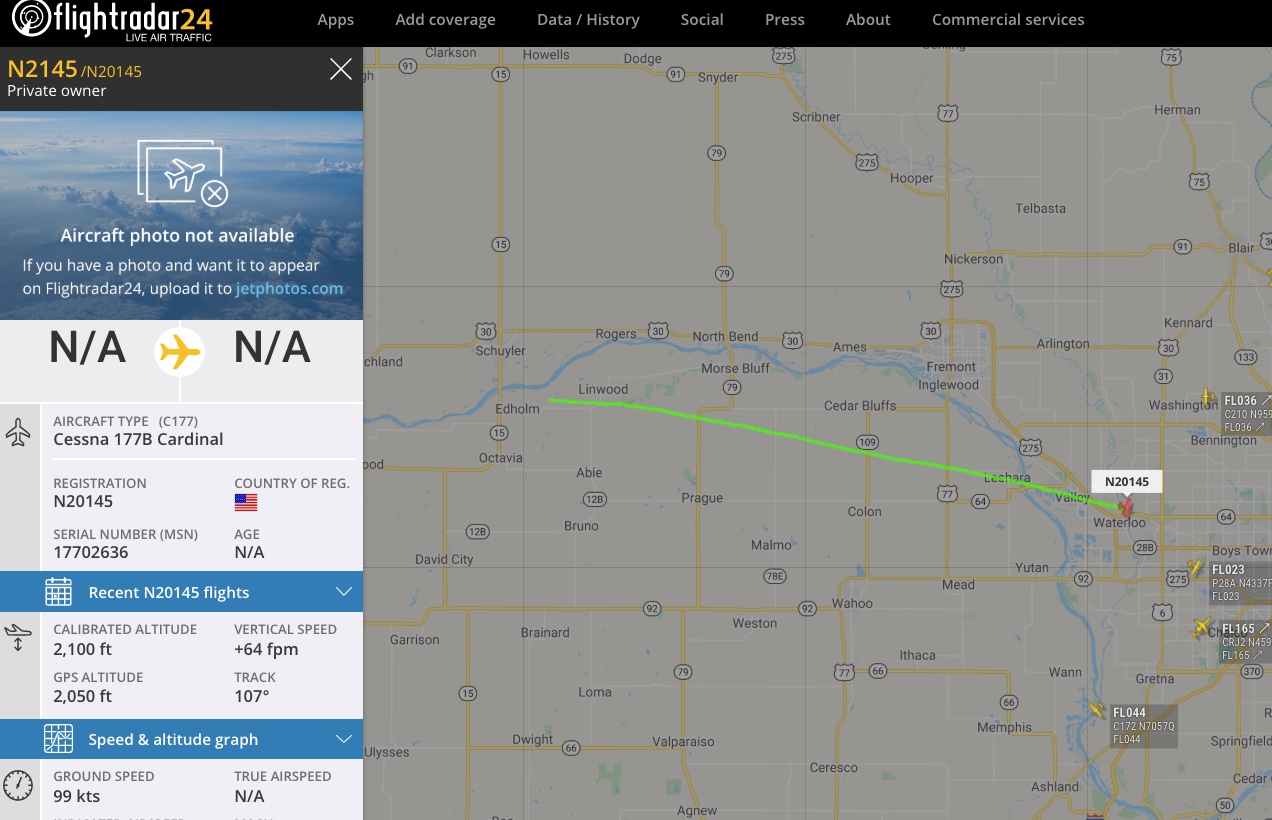 6PM CST is 12AM (midnight) the next day, UTC (used for flight tracking time). Let's see what flies over that area (let's use Colon as a point near where they decribed) 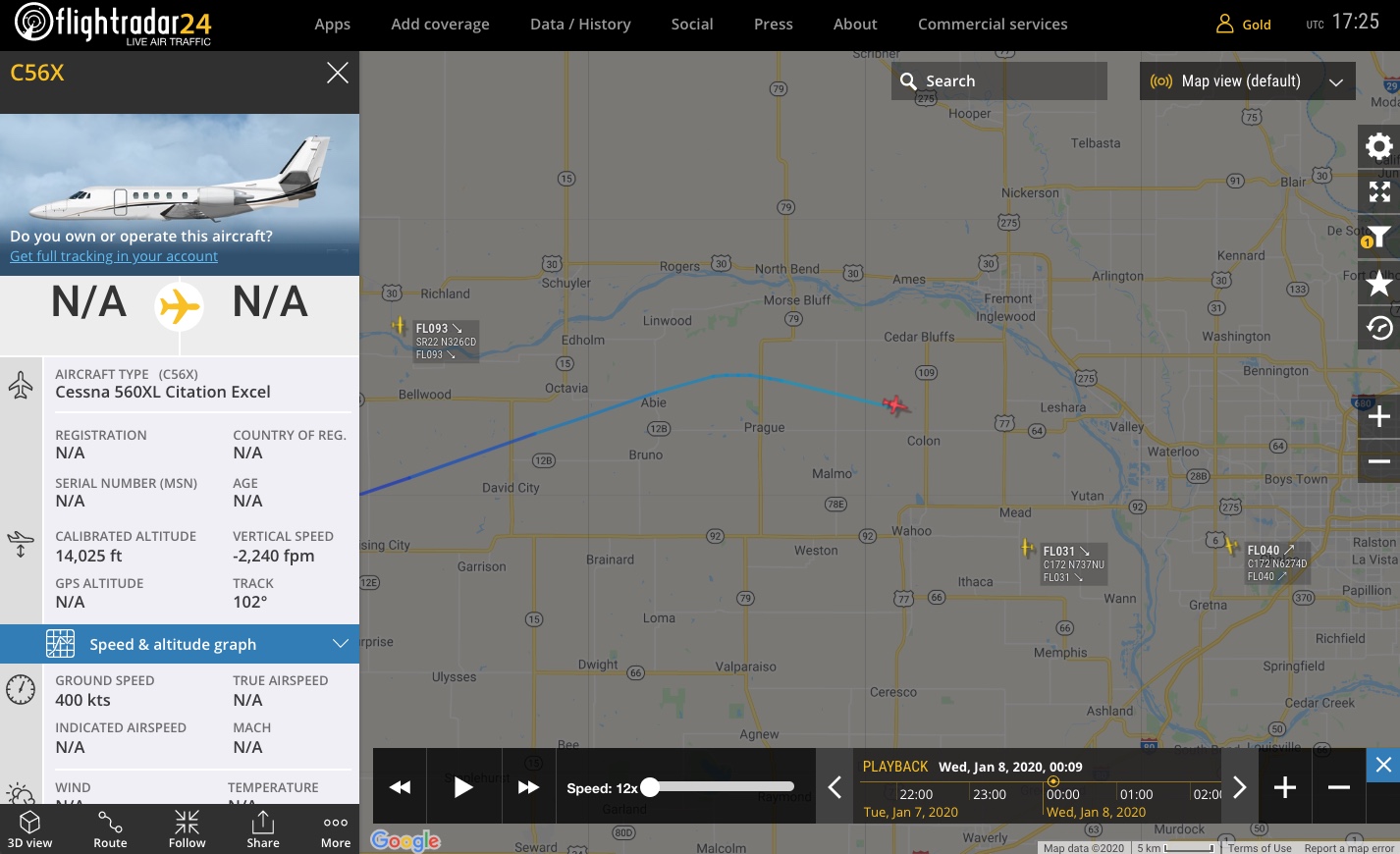 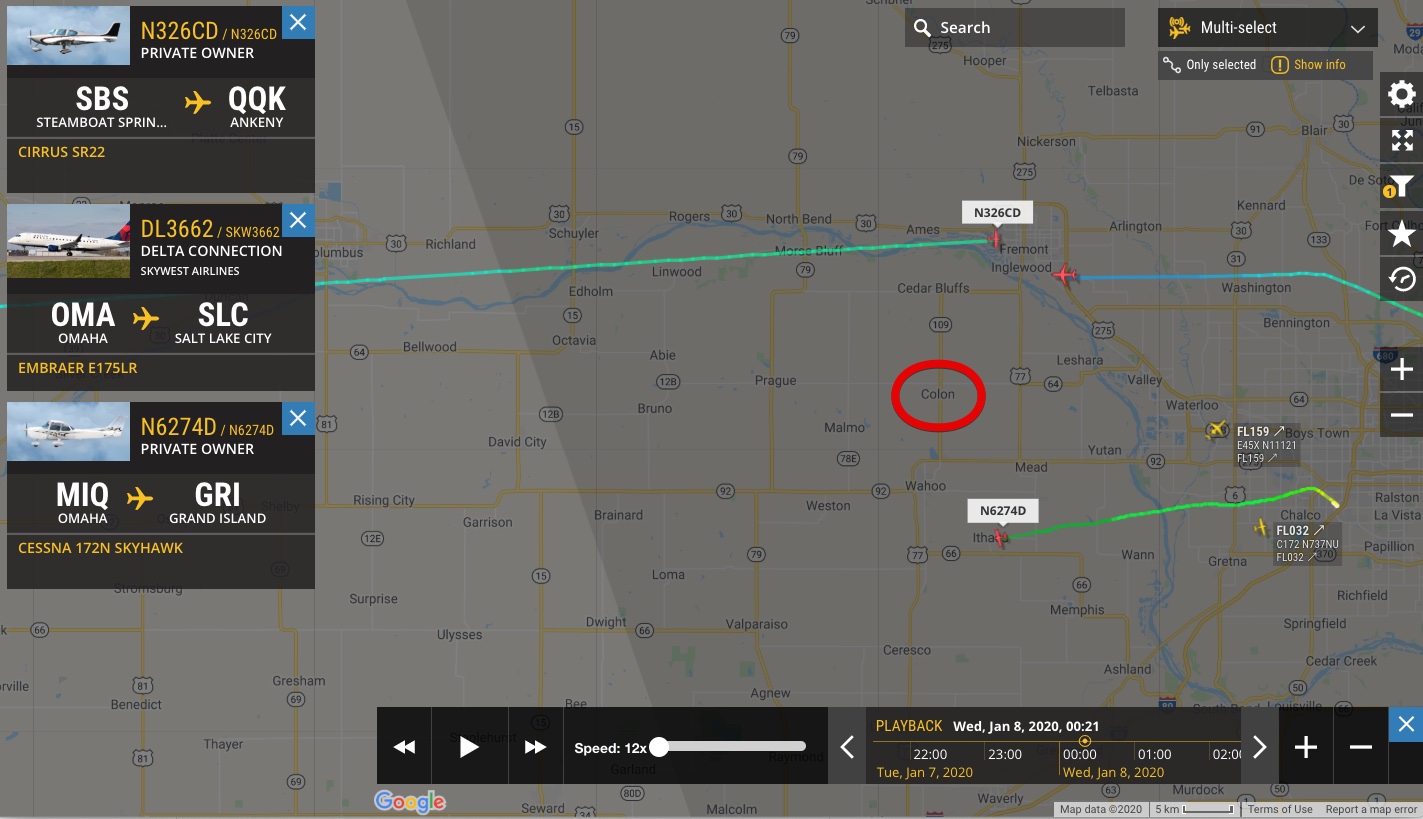 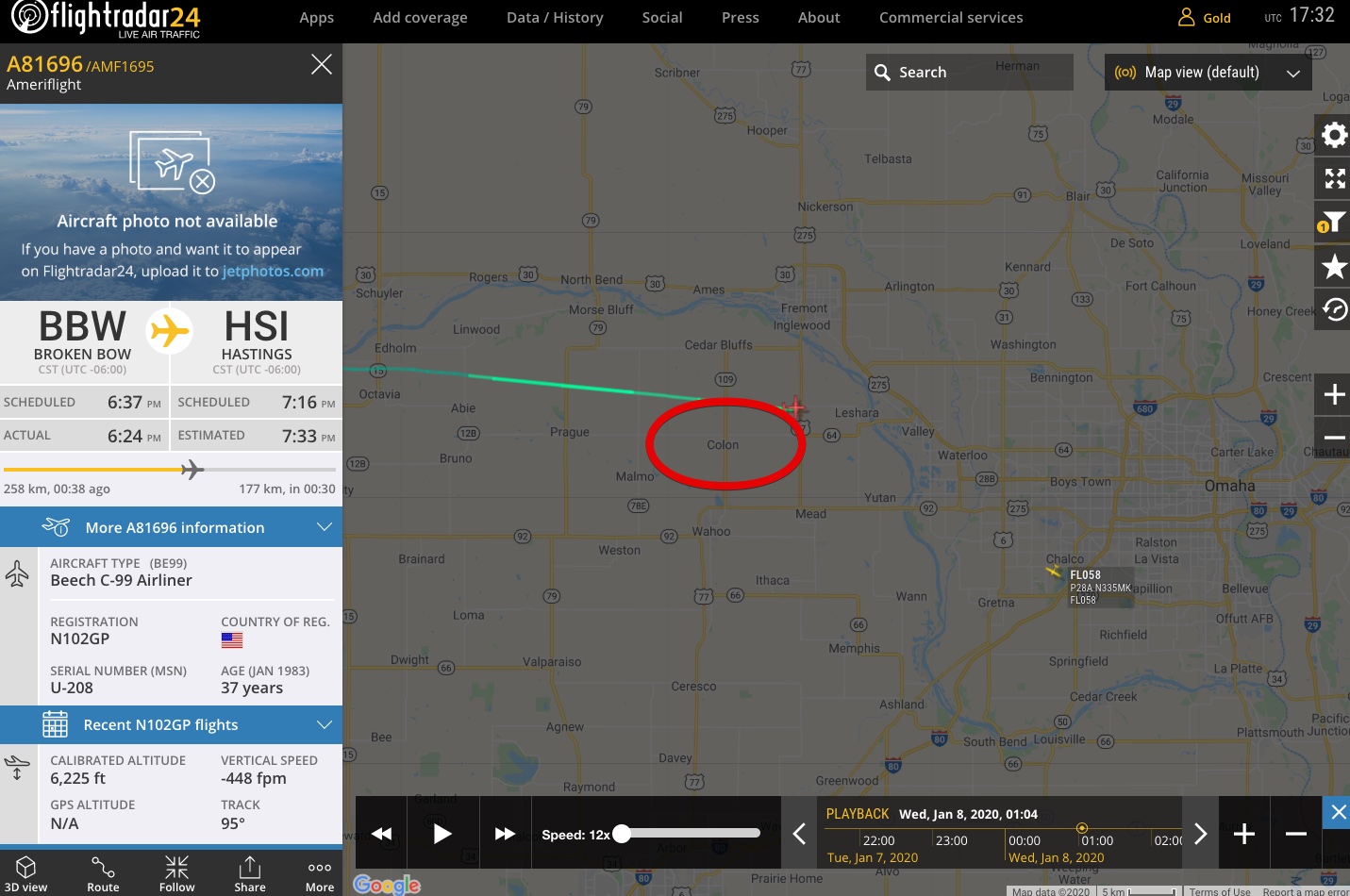 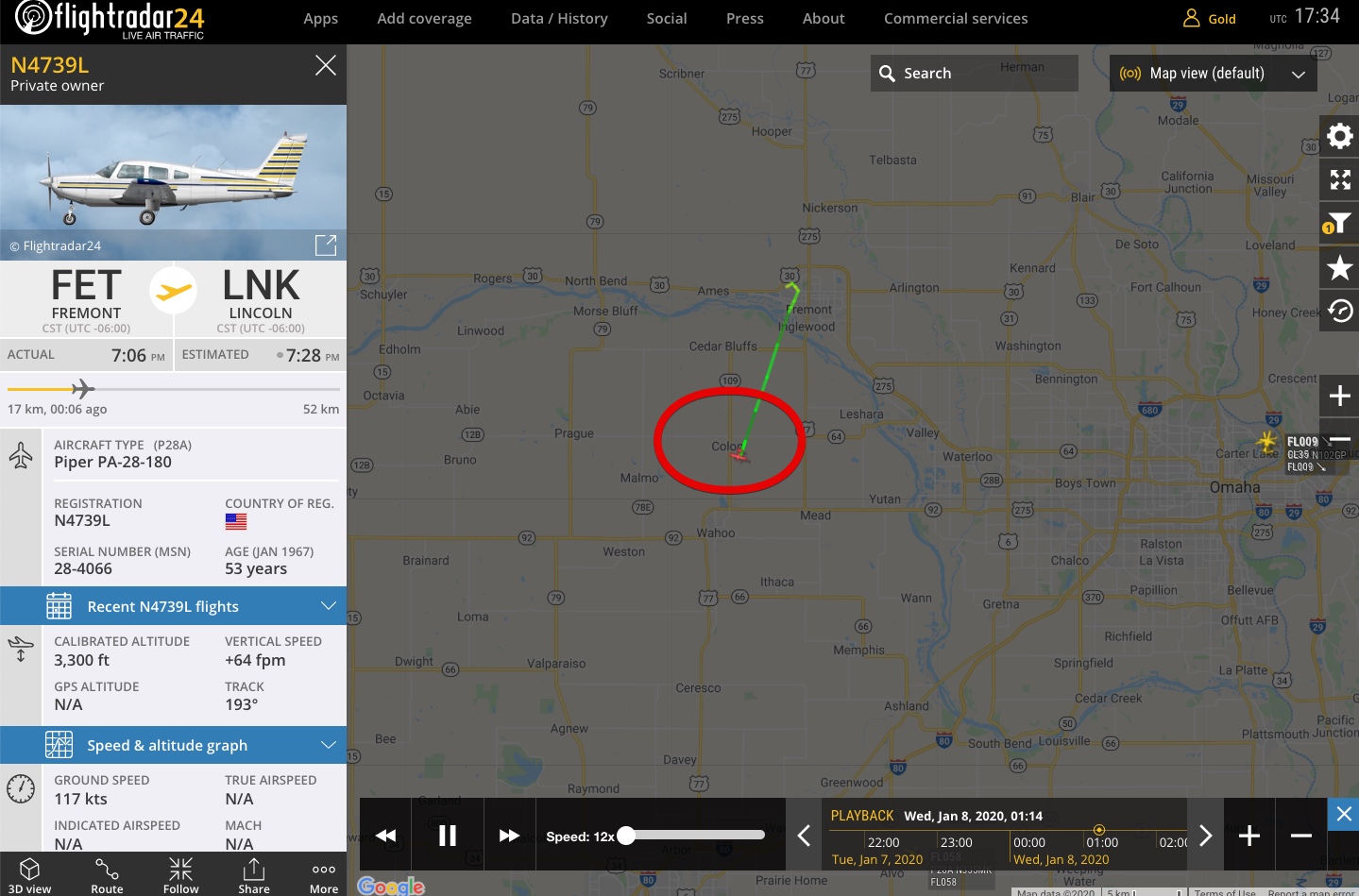 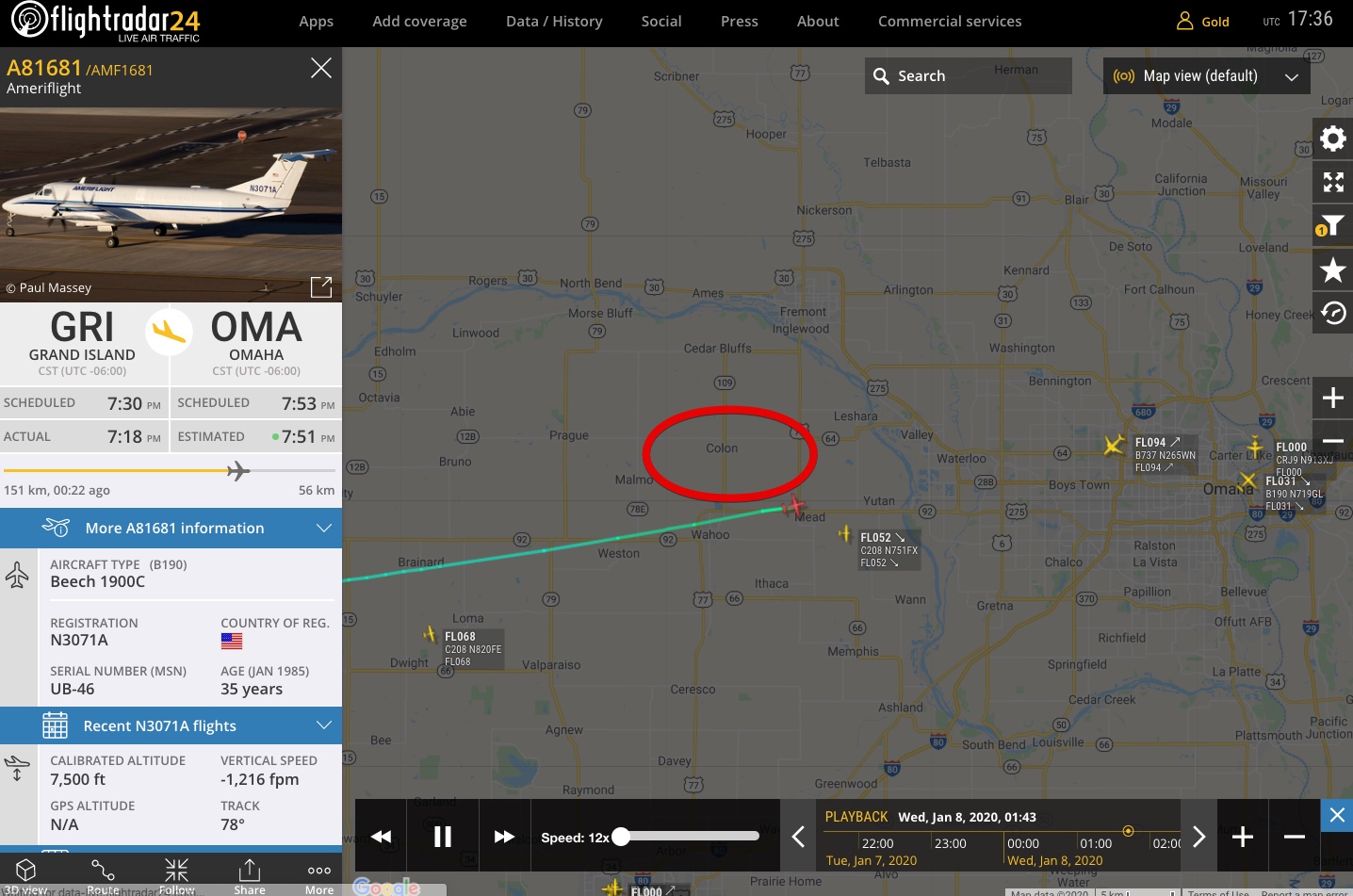 Here's the actual plane, N102GP. Notice the arrangement of lights and long nose cone. The front light would not be visible with the gear up. 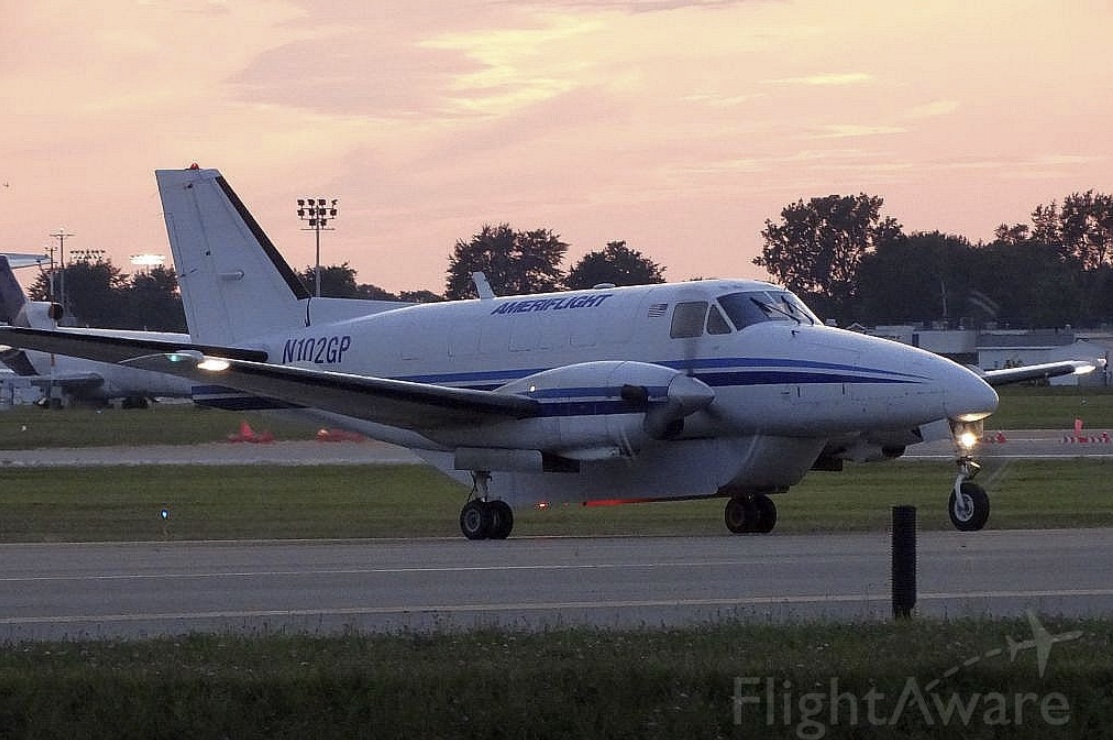 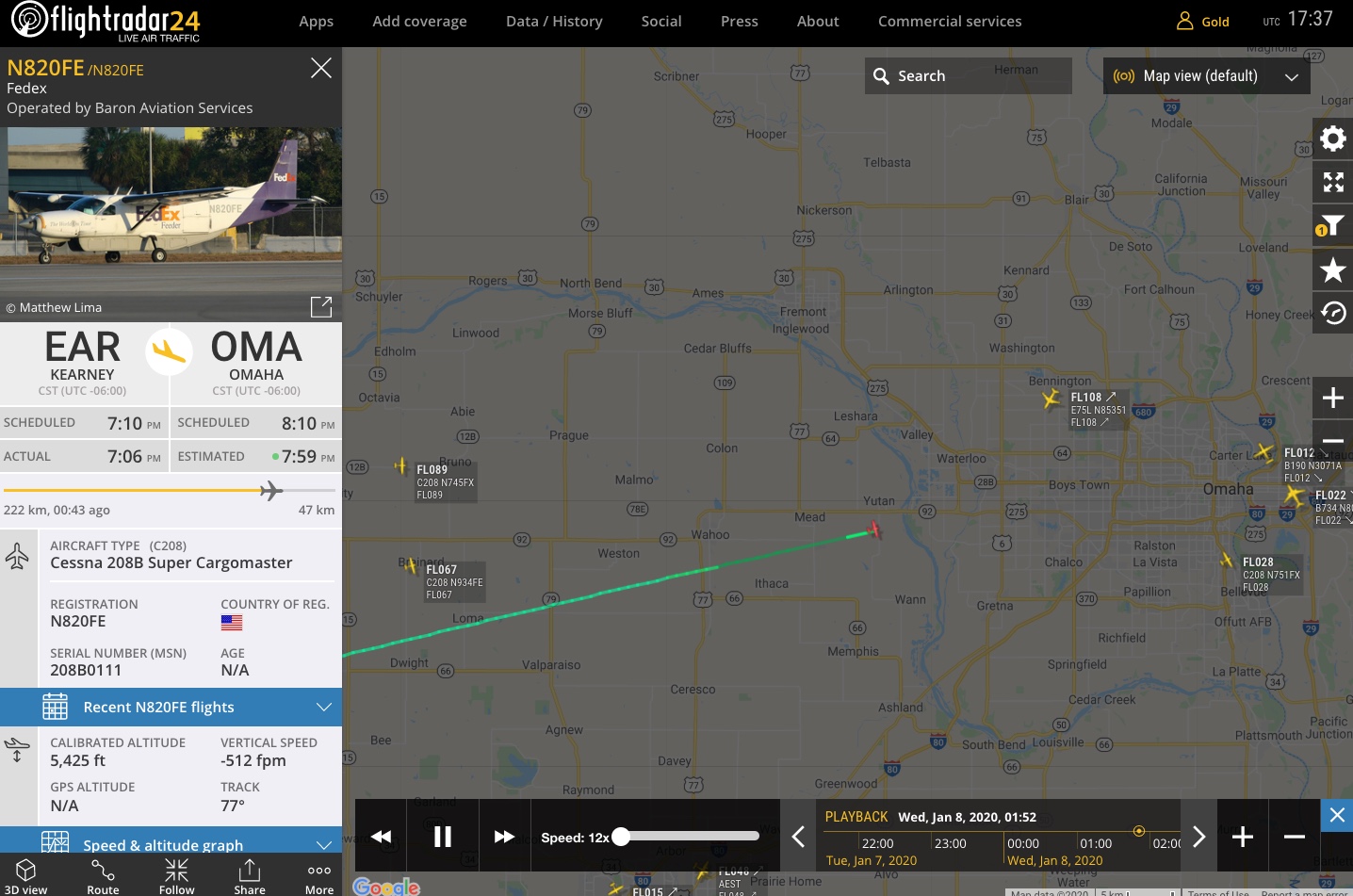 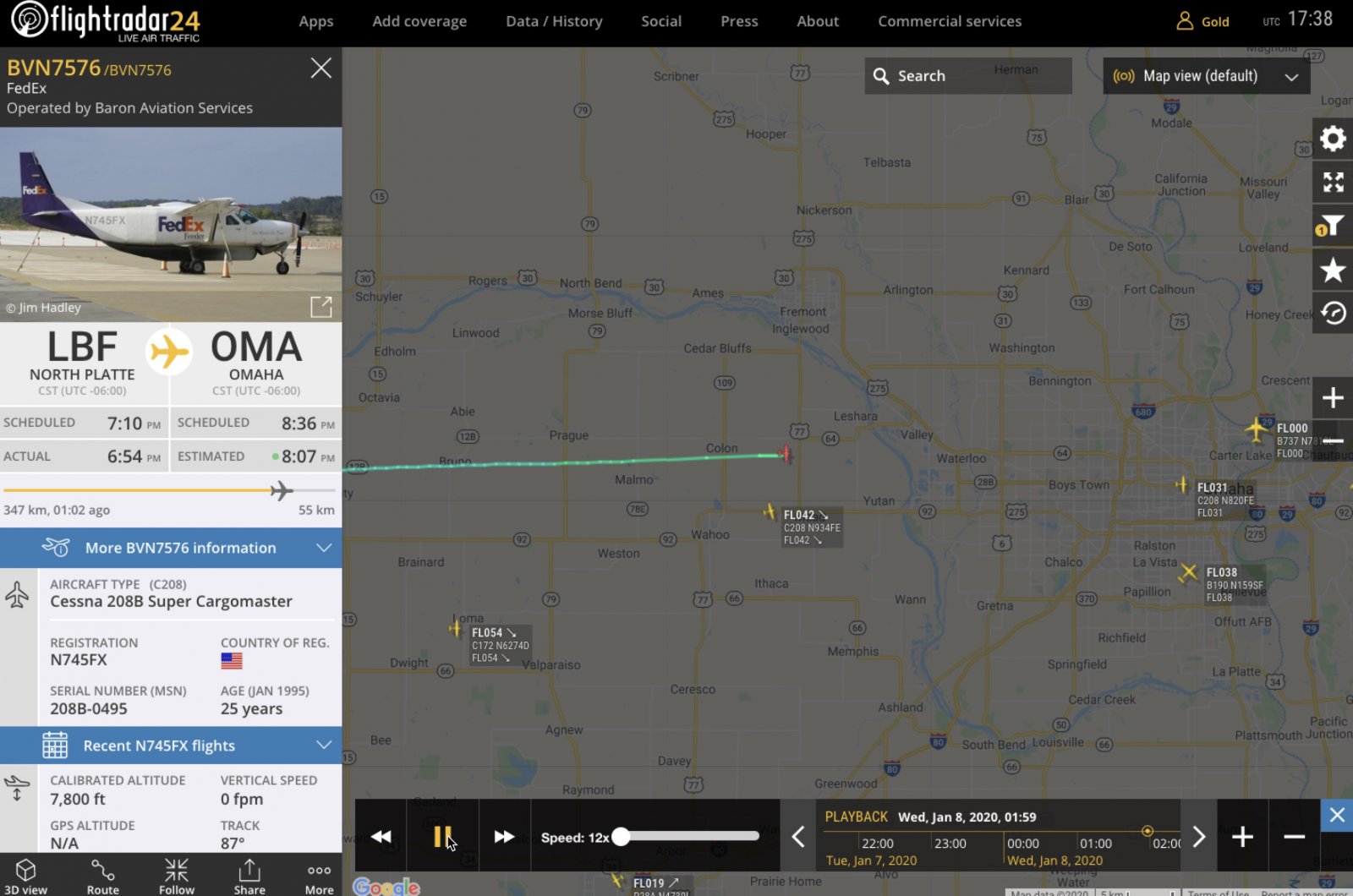 Here's a video of a Cessna 208B (Caravan) at night
Source: https://www.youtube.com/watch?v=Csc3a_VDsbc 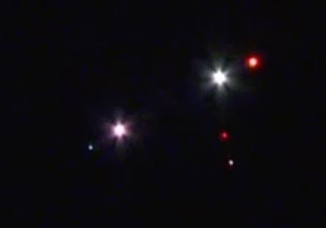 It even has the illuminated nose cone: 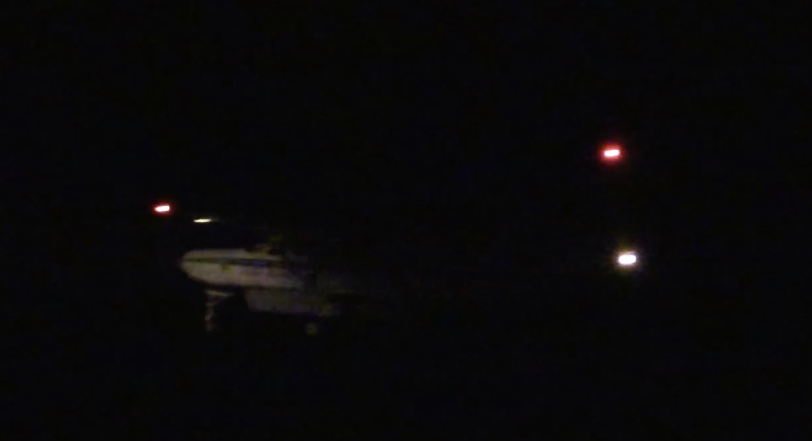 
Did a quick enhancement and stabilization, kind of looks like a plane..

Doesn't look like he tracked an exact plane down. (or planes there are 2 in the video), but her station had an 'expert' on tonight.

6 News sat down with Kelly Deeds, general manager with Advanced Air in Council Bluffs, and showed him video we took last night near Mead of what we believed to be a drone caught on camera.
“Listen to it — that's an airplane. That's an airplane,” Deeds said.
He said he's worked with aircraft for the past 26 years, even piloting large drones himself.
The lights on the moving object in this video give it away, he said.
“That's a real airplane that's not a drone," he said. "Well, you can hear it too, plus the lights set up on it. The lights are red and green, and you got the tail strobe — that's an airplane."
Deeds said it's an easy mistake to make, and notes that drones are much quieter than airplanes

she also seems to have been posting live (ish). you'll have to check the tweet itself as im not 100% sure my Eastern time (in screenshot) is working on twitter. 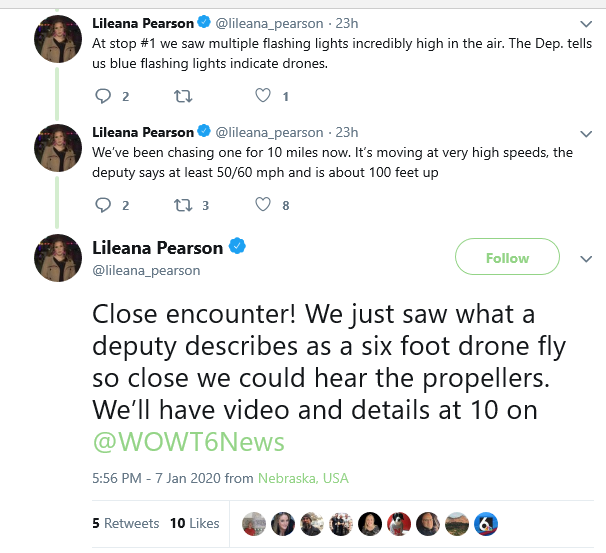 If I change my computer time to CST I get her "with the sheriffs" tweet showing as 6.26pm and her "close encounter!" tweet at 7.56pm.

Also, I emailed the Sheriff's Department and pointed them to this thread. Will let you know if I get anything back.
Last edited: Jan 9, 2020

I got a reply from the Sheriff:

Thank you for contacting our office. Our Deputy saw a plane right after the drones went past him on two separate nights.

So I guess they still believe they were drones.

Rory said:
So I guess they still believe they were drones.
Click to expand...

you are assuming she/he actually read the thread and then conversed again with the deputy. perhaps the deputy was only looking at this one and didnt even know the cameraman was filming the plane in this thread too. ? (you gotta let him save face) 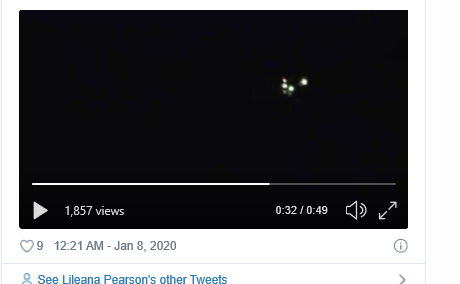 Staff member
Related - a plane went up at night to look for drones. It was flying what would look to be "grid patterns" at around 14,000 feet, so almost certainly would be mistaken by someone as a "mysterious drone"
https://www.flightradar24.com/data/...source=sendgrid.com&utm_medium=email#236fe611
(Jan 6, 2020) 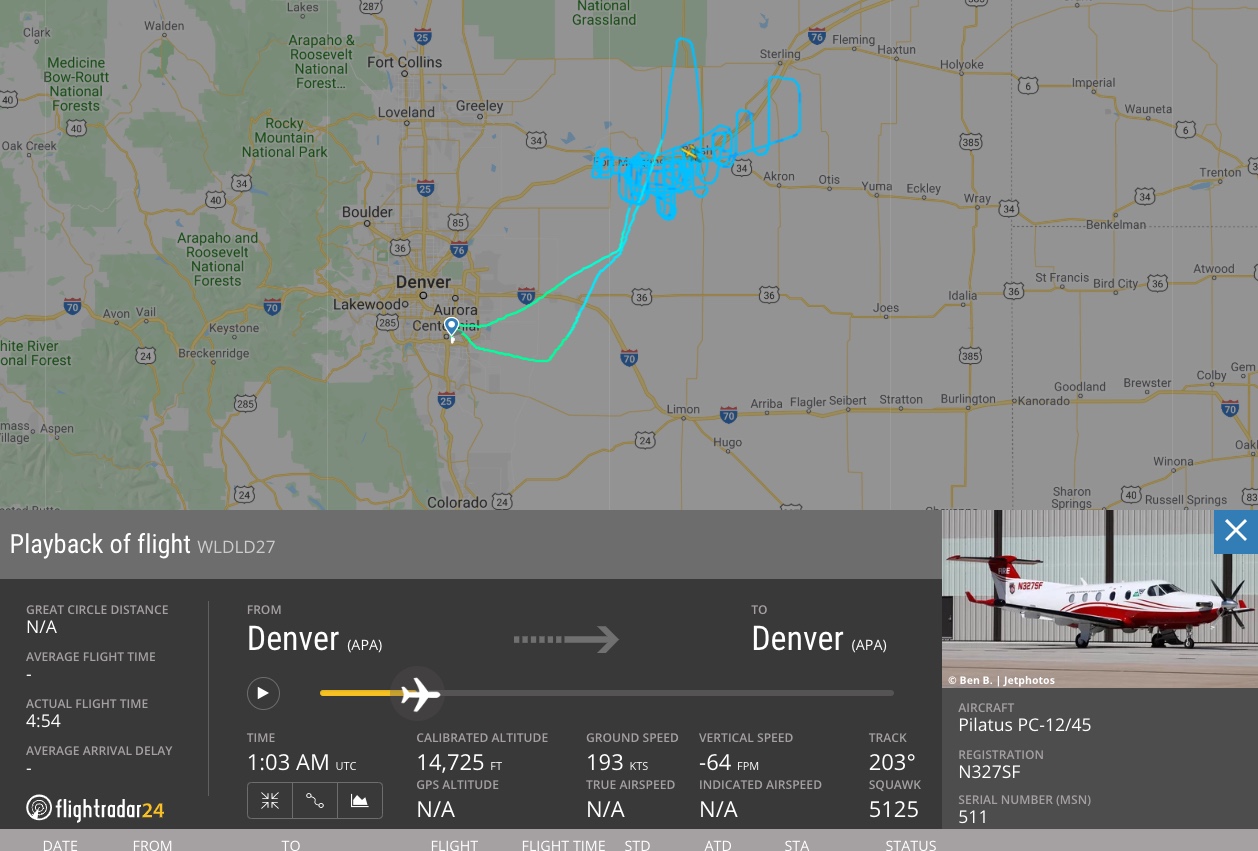