TWCobra said:
Well I don't know what Max is on about here.. But he seems very sure of himself. I seem to have joined some august company..

You beat me to it! Was just about to post that.

TWCobra said:
I guess it would be a way to do it that explains the contrail gap.

Mike, I think they have been claiming it is put through the engines. As I had explained to James Mulholland and Energysupply2008, TMA is pyrophoric and will burn instantly in contact with air. Jet fuel requires high temperatures, and carefully designed engine configuration to break it into tiny droplets and igniters to get it to burn in the first place. TMA simply combusts when exposed to air which is entirely different to the elaborate steps needed to get jet fuel to burn. So in contradiction to the meme initiated by energysupply2008 that jetfuel will use up all available oxygen and leave none for TMA and it miraculously will have to wait untill it is in the atmosphere before it burns to produce a white trail of aluminium oxide, the opposite is the case. The TMA will always burn first and produce its combustion byproducts inside the engine, making a clear gap impossible.

Hi Greg, those little nozzles are a couple of metres behind the exhaust, so there would be a gap there.
As I said before, does anyone know what fraction aluminium oxide is of the TMA combustion process?
I can't imagine small amounts of TMA creating some of the huge contrails we see.
More work on your theory required, Max!

Ok, I see his nozzles comment now you were referring to. My bad. So he's talking external combustion in sufficient quantities to make huge white plumes? I think the passengers looking out the windows would be alarmed by the intense light from the flames that would be produced! Trimethyl Aluminium produces bright illuminating flames, it doesn't just slowly smoulder making a bit of smoke.
Last edited: Jul 27, 2013

I would have to find it again, but they have experimented with this in the past. Putting additives into the fuel according to a patent on aerial distribution I had read, had a reverse effect and caused heating.

The USAF experimented with adding this stuff to afterburners, but its instability and special handling requirements meant it was considered unsuitable.

No current airliner operates with afterburners.

The balanced equation for a stoichiometric redox (complete combustion) reaction of TMA is:

with plenty of oxygen, the reaction of 1 gram TMA with 20 grams oxygen yields the following products:

What does this imply to you, Max Bliss?

The correct expression (to 2 dp) is:


If you are giving it 20 grams of oxygen, you will get **17.34 grams of surplus oxygen along with the other combustion products.

The point you are making is unclear (to me, at least).

Ross Marsden said:
The correct expression (to 2 dp) is:

If you are giving it 20 grams of oxygen, you will get 18.73 grams of surplus oxygen along with the other combustion products.

The point you are making is unclear (to me, at least).
Click to expand...

Thank you Ross. I have memory problems after my stroke and I thought I was going mad as I could not get the numbers to add up.

I may be wrong but I think the point is the amount of Al2O3 is less than the amount of TMA so how much TMA is needed for a chemtrail (and given it is in fuel how much can be added before the plane stops?)

Ah! Mass budget argument again!
Yes, a very powerful one it is, too.
You can see the mind of an engineer at work there.

Ross Marsden said:
Ah! Mass budget argument again!
Yes, a very powerful one it is, too.
You can see the mind of an engineer at work there.
Click to expand...

(and given it is in fuel how much can be added before the plane stops?)
Click to expand...

Max's theory states that it isn't in the fuel, but somehow stored in the centre wing tank and pumped into the hot exhaust in flight. The point was in trying to calculate the efficiency of such a method, once you ignored the profound technical and logistical problems.
Thanks guys... Makes me wish I had paid more attention on chemistry class!

I have edited my mole-gram post above to give the correct figures.

So, can someone check my arithmetic here..?

Content from external source
Burning TMA yields an Aluminium oxide weight of 71% of the original weight of the TMA?

Cost of TMA bought straight from the manufacturer, I am assuming any mass government program would be cheaper than this but I have to start somewhere...

So to get 1 ton of Al203 into the atmosphere, albeit at the rack rate, requires an expenditure before any logistical and organisational costs are considered of,

I'll wait till more mathematical minds confirm that before I issue the challenge for Max to do a bit more work on his theory.

Ross Marsden said:
Ah! Mass budget argument again!
Yes, a very powerful one it is, too.
You can see the mind of an engineer at work there.
Click to expand...

Ross, I ran the figures with an excess of oxygen which bumped up the yield of alumina just a bit.

Yes, the real point is that if you want to put aluminum oxide into the air, carrying TMA isn't really an efficient or safe way to do it, since for a given mass of TMA, you get 30% less mass of alumina that the TMA you took off with.

Plus, Max is claiming that the less than explosive level of oxygen produced by a standard aviation fuel tank inerting system would be sufficient to prevent auto-ignition of TMA. It won't. Only a well pressurized nitrogen gas inerting sytem will work because TMA is so pyrophoric. So, such a system would require special attention, special loading procedure with guys in fireproof suits, add risk to passengers, crew, and airports, and reduce payload because of special pressurized tanks and nitrogen gas cylinders.

So, Max, ask your expert how these hurdles were handled. If you do you will either begin to see someone's ruse is starting to look like a *Fail*, or you will know whoever has been feeding you bunk doesn't have your best interest in mind. In that case, you need to ask why you fell for it, etc.

Hey, that is the price for TMA THEY want us to think to be real!

The Truth(tm) is: TMA is one of the cheapest substances of the universe!!!1
It comes from the backside of the moon where giant TMA-Mining-Facilities are.
TMA is the fuel for the Flying-Discs they are hiding from us!!

Sorry, could not resist

Yes give us a quote, Max. It should be eminently debunkable. You owe us at least that after some rather public accusations.

TWCobra said:
Yes give us a quote, Max. It should be eminently debunkable. You owe us at least that after some rather public accusations.
Click to expand...


Thanks for the maths guys btw. Seriously.


I commented on a Facebook post about getting the stuff tested and he tried to friend me. er No thanks. It may well have been a pollen release or something but a lack of dead animals suggest a lack of toxicity. Also who owns a military respirator and why? Well I know one but less said the better
Click to expand...

I'm curious to know how much info people can get from this short video.

Those in the know would garner a fair amount from the MFD's. Nice n warm where you were, hehe. We usually see the upper 60's in the winter and touch the 90's in the summer which is hell on my electronics.

Well! I saw a flash of red so it has to be super man. Apart from that I would have thought, being totally ignortant of such things, that that would be classified as a near miss. Apart from that very little other than wings level and a near easterly heading.

Do I get to guess?

Of course you know cobra!

Southwest airlines with 1000 feet vertical separation as required by rvsm.

Notice on the right display a little triangle with a -09 next to it? That's the TCAS system keeping tabs on other aircraft.

Well I gathered that your avionics are ancient! Jk... But they are old

captfitch said:
Well I gathered that your avionics are ancient! Jk... But they are old
Click to expand...

You're spoiled! I came from all analog and thought I hit the jackpot...

Almost completely correct Jay...
29.92 is standard atmosphere which we set at altitudes at or above 18,000 feet. It's for the aircraft altimeter.
And we are going mach .784. We don't have auto-throttles.
Heading is 062 degrees

Trick question...who is flying the airplane? The captain or the first officer?

The point of the video is to show that even at our altitude it is still difficult to determine another aircraft's position. Of course the iPhone camera is set to infinity so it's not the best quality video.
Last edited: Sep 17, 2013

justanairlinepilot said:
29.92 is standard atmosphere which we set at altitudes at or above 18,000 feet. It's for the aircraft altimeter.
Click to expand...

Just to expand upon that, below 18,000 feet the main concern is with avoiding the ground, so you want the altimeter to be as accurate as possible. So you set it based on the data available at the nearest airport. This is particularly important when landing, so when arriving at an airport you have to set your altimeter adjustment to the local pressure.

Above 18,000 feet, you are more concerned with avoiding other aircraft. So it's important that everyone uses a consistent reference for altitude. So everyone sets the altimeters the same, at 29.92, even though this will result in inaccurate altitude readings - it's going to be the same relative to other planes. So if you are at an altimeter reading of 31,000 feet, and oncoming traffic is at 32,000 feet by their altimeter, you should actually have 1,000 feet between you, even if you might actually be at 31,300 and 32,300.

justanairlinepilot said:
Trick question...who is flying the airplane? The captain or the first officer?
Click to expand...

Autopilot...the Capitain is obviously too busy making a video and the FO I hope is hitting on some attractive flight crew....I purposely left that open for both sides of the coin... hehehe

PF is in the right seat. FMS2 showing on the PFD. You don't have an AFCS annunciation showing but I'll assume the FMS might follow it.

Here's mine.How much info can you get from this? 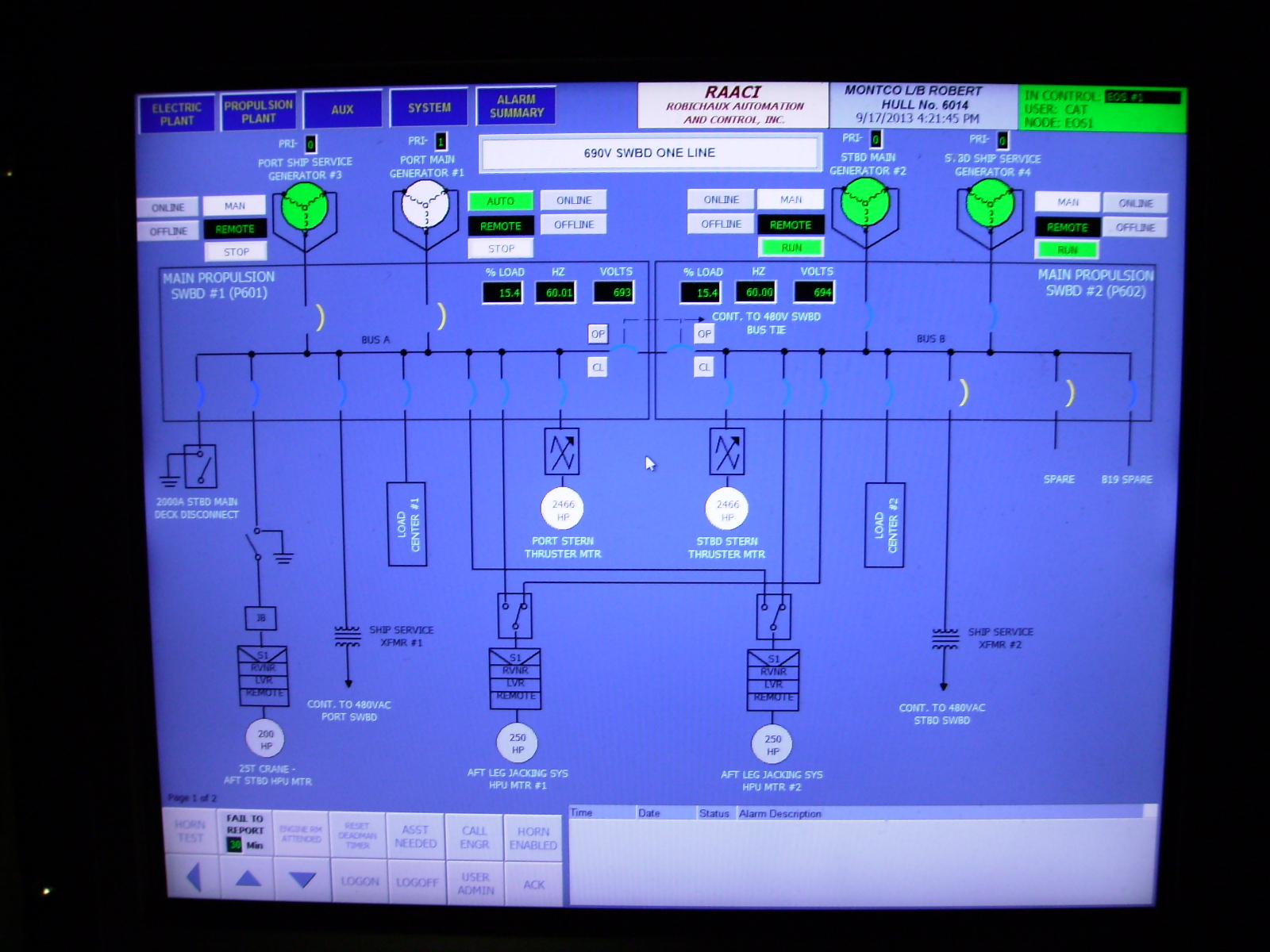 I like your touch screen control! We would have that I think except it would be tough in turbulence.

In the lower left hand corner.... Fail to report? Do you need to interact with the system every 30 minutes to prove you're awake? I'm thinking of the sleeping button on a train.

Jay Reynolds said:
Here's mine.How much info can you get from this?

Jay Reynolds said:
Here's mine.How much info can you get from this?

A train? Which company? My uncle works for Union Pacific out of Cheyenne as an engineer. I think he's been there almost 40 years.
He's mentioned this report button.