jarlrmai said:
Yeah decimal seem to make sense given the named location is close by but maybe its is possible there is some different convention which is a different near by location.
Click to expand...

Whatever the format - the 119°W definitely puts the location west of San Clemente island. 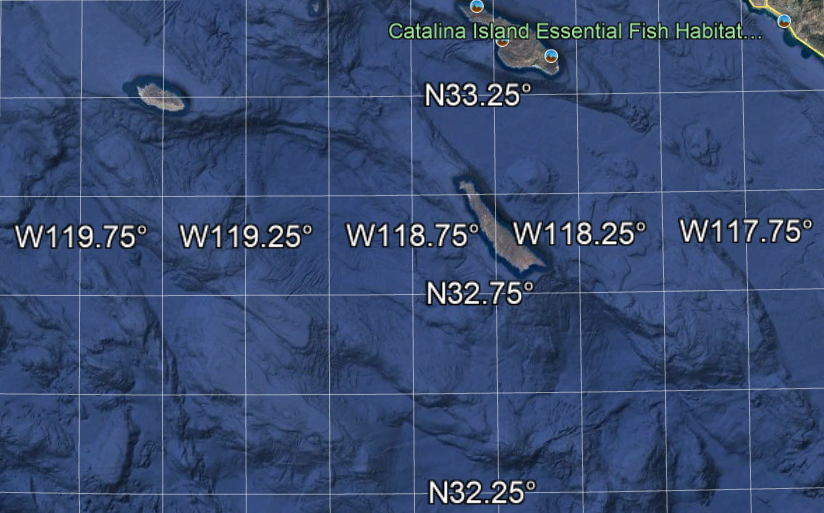 The key take away here seems to be "near San Clemente where that drone base is."

The drone swarms in 2019 were reported with red , white and green flashing lights.
Couldn't help but notice there are green, red and white flashing lights on the Skyfront 13+ hr flight time drone.
And couldn't help notice one of Skyfront's customers is the US NAVY

Maybe red, white and red flashing lights are standard on drones?
Or could this be the NAVY using this drone in a training excersize?
Determining the responce of the fleet to them

jackfrostvc said:
The drone swarms in 2019 were reported with red , white and green flashing lights.
Couldn't help but notice there are green, red and white flashing lights on the Skyfront 13+ hr flight time drone.
And couldn't help notice one of Skyfront's customers is the US NAVY

Maybe red, white and red flashing lights are standard on drones?
Or could this be the NAVY using this drone in a training excersize?
Determining the responce of the fleet to them
Click to expand...

Commercial drones are required to have flashing anti-collision lights.

It's likely that many manufacturers utilize the navigation lights (red, green & white) as anti-collision lights to save money.

jackfrostvc said:
The drone swarms in 2019 were reported with red , white and green flashing lights.
Click to expand...

I have a suspicion that some of those might have been stars - in particular Capella, which is one of the "Green Triangle" stars shown in the videos.


The reality is that every star in the sky undergoes the same process as Capella, to produce its colorful twinkling. That is, every star’s light must shine through Earth’s atmosphere before reaching our eyes. But not every star flashes as noticeably as Capella. The flashes are happening because Capella is low in the sky in the evening at this time of year. And, when you look at an object low in the sky, you’re looking through more atmosphere than when the same object is overhead.

The atmosphere splits or “refracts” the star’s light, just as a prism splits sunlight.

So that’s where Capella’s red and green flashes are coming from … not from the star itself … but from the refraction of its light by our atmosphere. When you see Capella higher in the sky, you’ll find that these glints of red and green will disappear.

By the way, why are these flashes of color so noticeable with Capella? The reason is simply that it’s a bright star. It’s the sixth brightest star in Earth’s sky, not including our sun.

"Interesting pilot scheme by the US Navy uses hundreds of unmanned surface, underwater and aerial drones to observe the whole sea, both above the surface and below"

Some of the drones look like the drones Palmer Lucky's company developed for the military , stealth recon drones 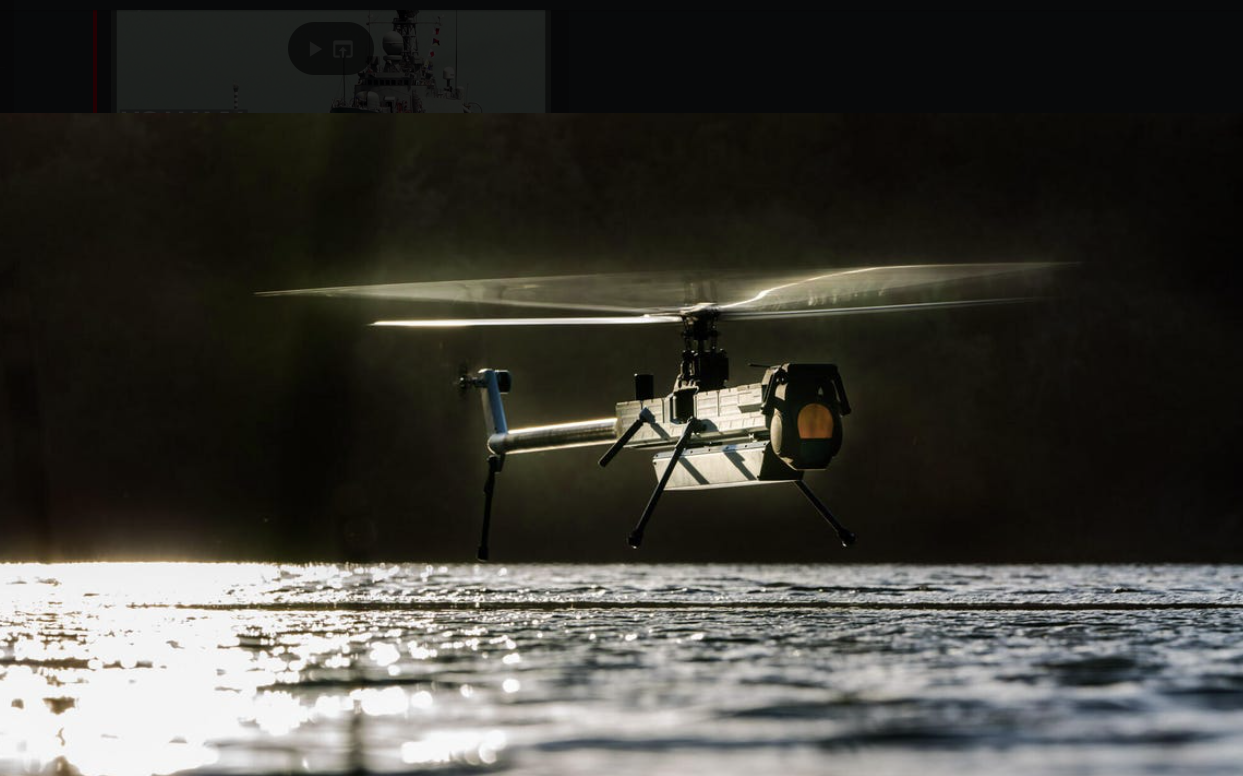 Palmer Luckey's company - Anduril., also make counter drone drones. Small drones that work with AI to track and knock out drones out of the sky.

As Palmer Luckey said, Electronic Warfare against autonomous / AI drones is useless . As knocking out their communication does nothing to them Thus why he developed a counter drone that uses AI itself to literally ram drones out of the sky 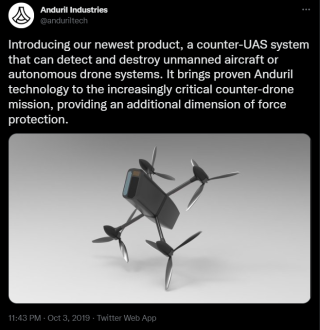 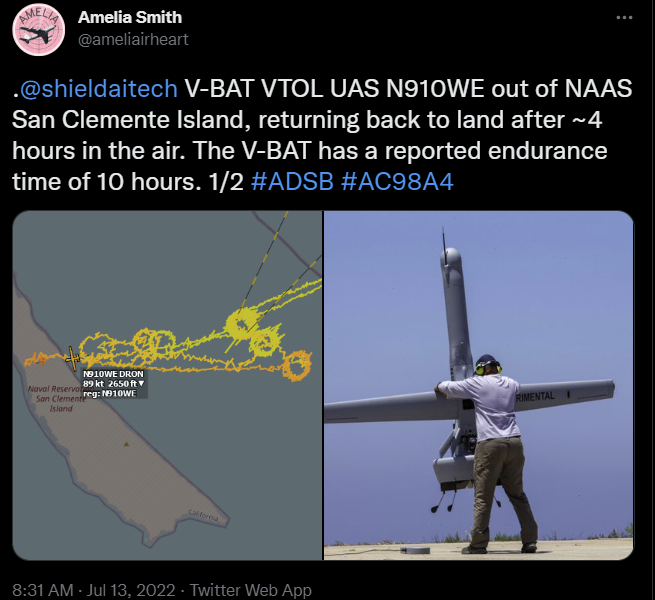 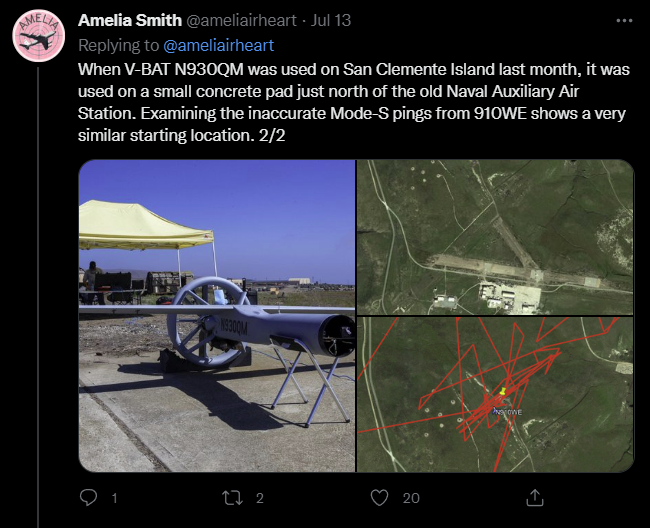 There's also these Gremlin drones they have been developing, launched and recovered by aircraft

Missing from the discussion is the possibility of drone swarms

As the above video shows, using a swarm of drones it's possible to achieve the appearance of rapid motion without actually moving. Rather the illusion of movement is achieved by toggling the drones' visibility.

According to open source info: optical stealth that can turn a plane nearly invisible when viewed at several thousand feet as been around for a long time:

The idea reappeared in the 90's with tests of an F-15 fitted with fluorescent panels. According to one report, “the fighter virtually disappeared as it lifted off the runway.” (It may have been miles away at the time though...) The latest incarnation can be seen (no pun intended) in a report at FlightGlobal, "Electroluminescence is key to invisibility." Researchers from the University of Kansas outfitted a six-and-a-half-foot drone "with an electroluminescent surface" -- a material that lights up in response to a current. Then they took a pair of pictures, when the drone soared to a thousand feet.

As for radar stealth, it seems similarly "toggleable". According to open source information stealth aircrafts merely bounces radar reflections toward a direction without receivers, to achieve stealth, aircrafts have to plan their flight very carefully to avoid bouncing radar signals toward a receiver, based on that description it's probably not too hard to "turn off" an craft's stealth intentionally by simply pointing the craft the wrong way. (https://www.sandboxx.us/blog/americ...alth-fighters-on-radar-and-it-isnt-a-problem/)

Also the same idea have been implemented in IR

Adaptiv is an active camouflage technology developed by BAE Systems AB to protect military vehicles from detection by far infrared night vision devices, providing infrared stealth. It consists of an array of hexagonal Peltier plates which can be rapidly heated and cooled to form any desired image, such as of the natural background or of a non-target object. Its goal is to develop stealth ground vehicles.

Can stealth technology replicate UFO behaviors? I suspect they can.

For example during the tic tac encounter it could be that the tic tac didn't actually fly away at supersonic speed, it simply turned nearly invisible to the naked eye. 30 seconds later, a completely different stealthy-to-radar drone makes itself briefly visible to radar 60 miles away

Similarly appearance of very long loitering time can be achieved by multiple crafts doing a relay of sorts.

The rapid side to side movements can be achieved by a swarm of drones with adaptive IR flying hovering in a line and turning their IR signature on and off.

1. the military certainly have the incentive to develop various decoy technologies.

2. if they did develop the technology it would make sense to pit the tech against "trained observers" and see how they would react in a kind of blind test. This also explains why, according to Fervor, the captain of the carrier was quite unimpressed with the UAP footage

3. while the mechanism seems a bit convoluted: in the context of deliberate deception, convoluted schemes are actually quite normal. e.g. magic tricks often involve multiple mechanism for redirection.

4. the mechanism i am postulating seems consistent with the fact that UAP has never been directly observed to accelerate to hypersonic speed, they always "just disappear". even if the UAP where moving at 80000 mph, that'd be about 22 miles per second, at 20 FPS we should expect to the cameras to capture at least 2-3 frame of the craft accelerating away before it becomes invisible: however none of the footage seem to capture any kind of acceleration.

5. in the case of the transmedium uap you can literally see the dot turning on and off.
You must log in or register to reply here.