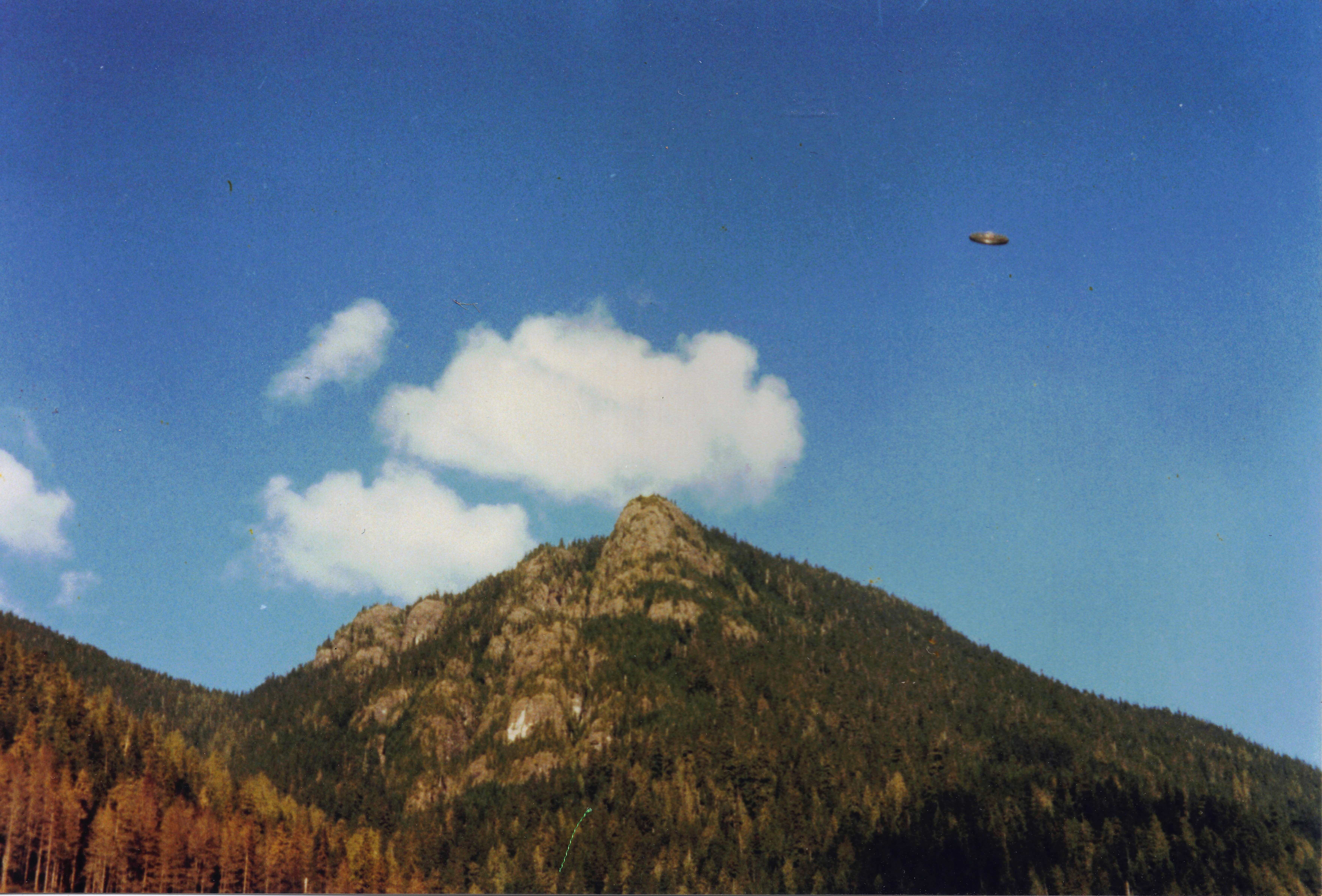 The above image is of what many people consider to be a "good" UFO photo, in that they think it's not fake, and it shows some kind of saucer shaped craft. I thought it would be interesting to revisit this old case, and perhaps apply some more modern analysis techniques.

The photo at the top is the best resolution I could find of the entire image, however it's a scan of a print, and so not that close to an original. But we can zoom in, and see: 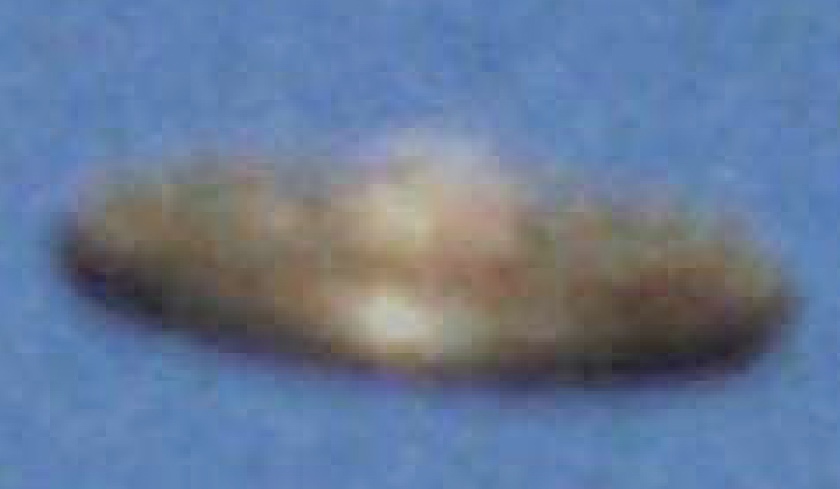 Blurry with some compression artifacts. Seemingly better version do exist though: 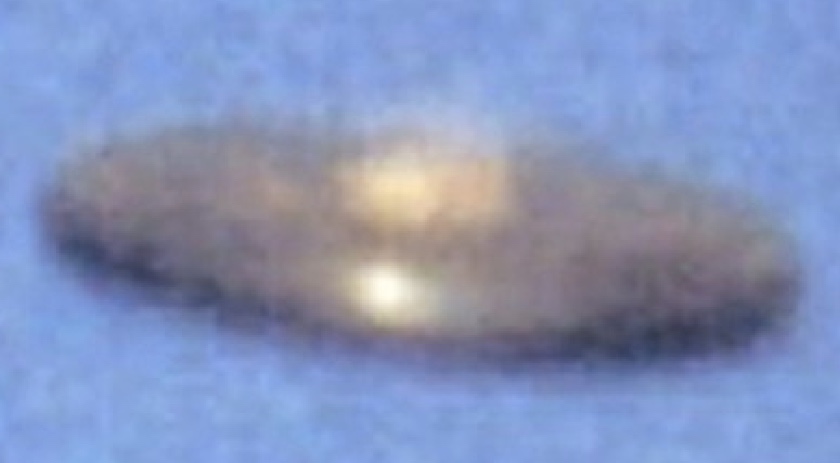 Of course in any old case like this, many people have already looked at it. An analysis by R.F. Haines was published in 1987:

Abstract--This report reviews various investigative activities and analyses surrounding a photograph of a purported unidentified flying object (UFO) taken on October 8, 1981, at about 11:00 a.m. local time on Vancouver Island, British Columbia. The evidence consisted of a single frame of 35 mm color film which showed a sharply focused disc-like object against a clear blue sky with wooded mountain peak nearby. Analyses of the original negative included micro-densitometry, computer enhancements, and other measurements intent upon showing a support thread, atmospheric disturbance, or other evidences of a hoax. These analyses suggest that the disc was a three dimensional object located at a distance of at least 30 feet from the camera; the object's surface albedo was diffuse and of lower luminance than a sunlit cloud. Extensive interviews with the photographer (who never saw the aerial object), her husband and daughter and site survey tended to support the entire narrative account. The identity of the disc object remains unidentified.

Haines took some scans of the photo, but I've not found very good reproductions of these. I'll include what I have for completeness: 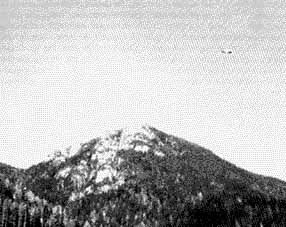 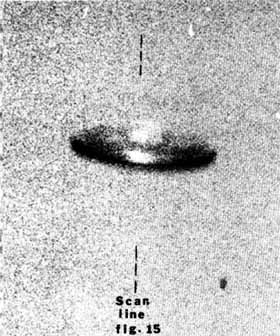 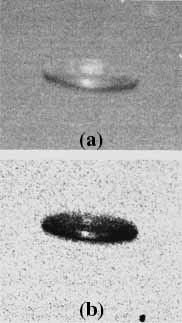 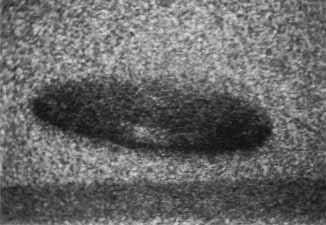 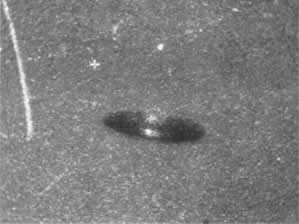 A comprehensive site visit was made by the author on October 7-8, 1983.2 Photographs, measurements, and general inspections were made of the entire vicinity of the Provincial park where the photograph had been taken. Figure 13 is a topographic chart of the area with the mountain darkened. This location is just east of highway 19 at the Eve River bridge, about 49 miles west northwest of Campbell River, British Columbia on Vancouver Island. Area X on this chart marks the approximate location of the photographer. This spot is located at 126° 14' West and 50° 19.4' North. The photographer and her family had stopped at this park for a rest when the photograph was taken. The rectangular area marked with a C is property operated by the McMillan-Bloedel Lumber Co. Ltd. camp which was unoccupied when the author was there. The clearing in the forested area was gravel covered with a few buildings, fuel pumps, a dynamite shack, and vehicles of various kinds. Intense white yard lights illuminated the area at night (in 1983). A registered civil engineer3 conducted a site survey and determined that the photographer stood approximately 4,240 feet north of highway 19 (within the Provincial park) and faced 3° 18' north by west toward the peak of the mountain. The slant distance to the mountain peak was 7,580 feet for an elevation angle of 24° 17'. The height of the mountain
from the local horizontal was 3,117 feet, while the elevation of the photographer's position was 984 feet above mean sea level.

Although the Provincial park was located within an area cleared of evergreen trees, second growth timber extended from the base of the mountain almost to its top. After inspecting the site it was clear that there was sufficient flat ground to have flown a model airplane or thrown a Frisbee into the air. Neither the photographer nor her husband admit to doing this. There are no buildings or stores within a radius of 15 miles of this spot. The photographer does not remember passing any vehicles on the morning she took the photo other than a few logging trucks with loads of logs. 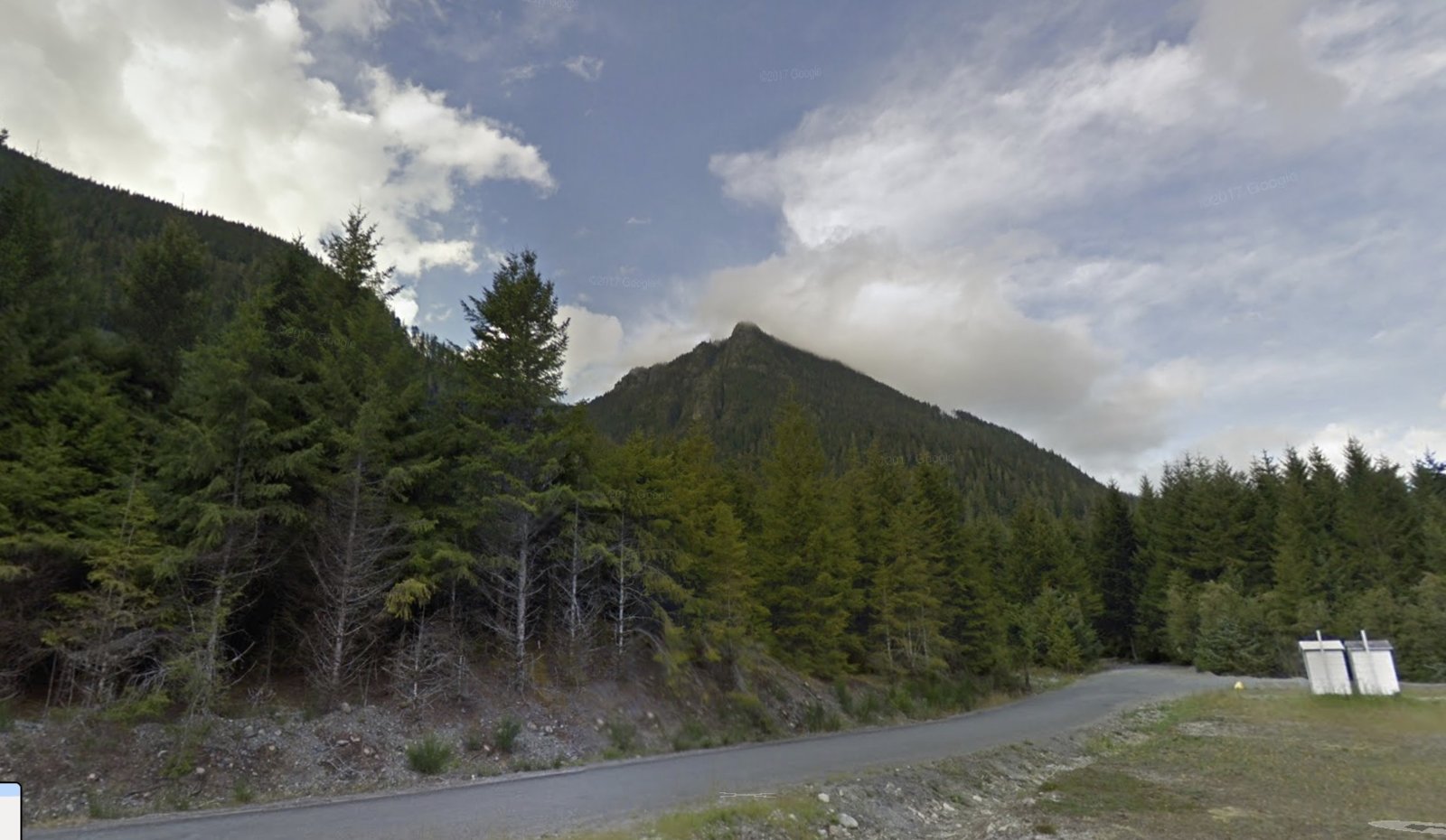 A newer analysis (although seeming performed on this different scan of the same print) concluded: 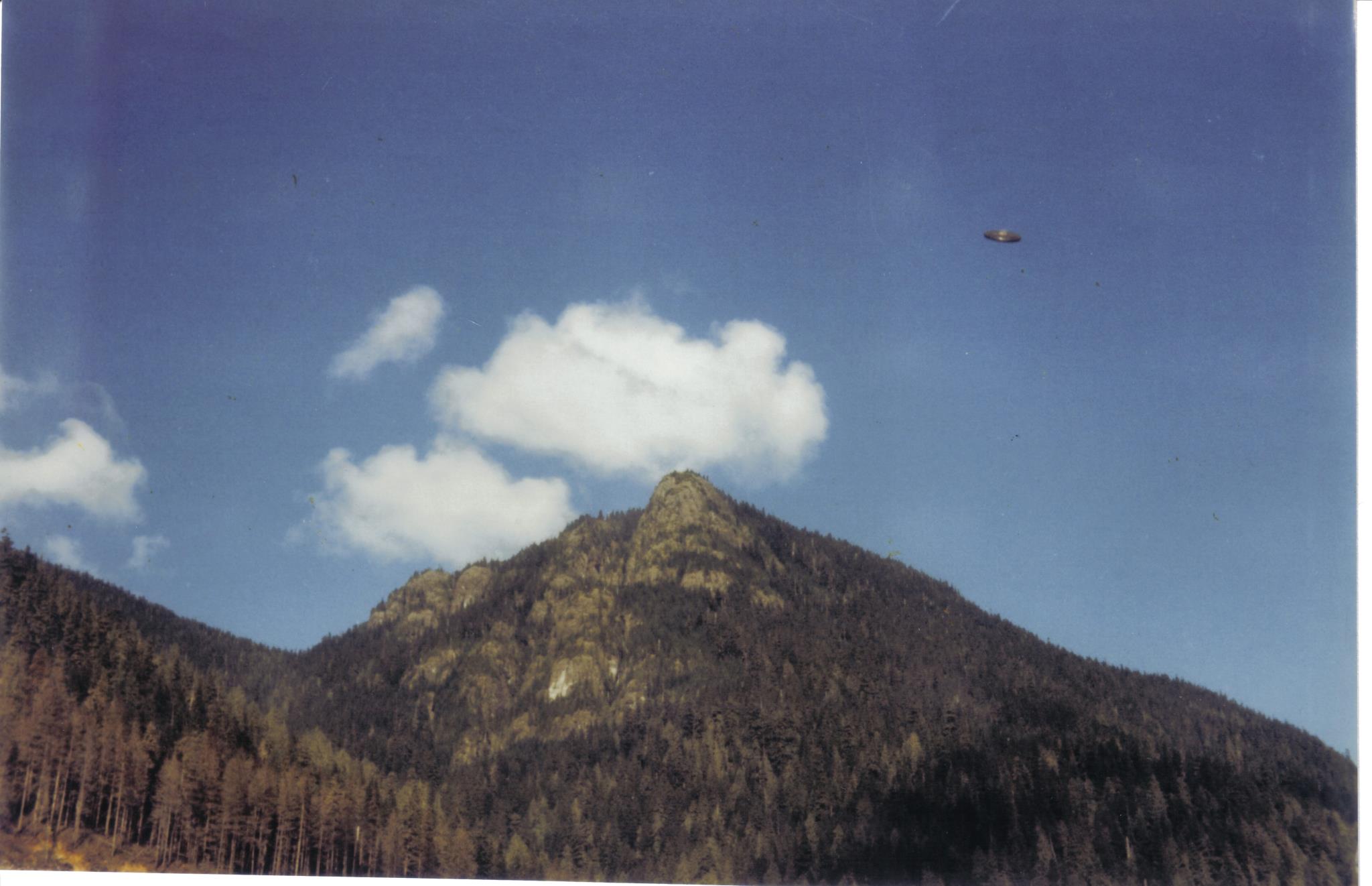 
Let's finally say:
to me the object looks so much like a chrome-plated wheel-cover from a truck or a lid for a frying pan, if you throw it in the air, and the dimensions compared to the distance would coincide: about 20-40 centimeters in diameter, at a distance of 3-10 meters maximum.

I think of all the suggestions for a nearby object, then pan lid initially seems to fit best for me. It looks shiny. But my attempts at replication were not very convincing: 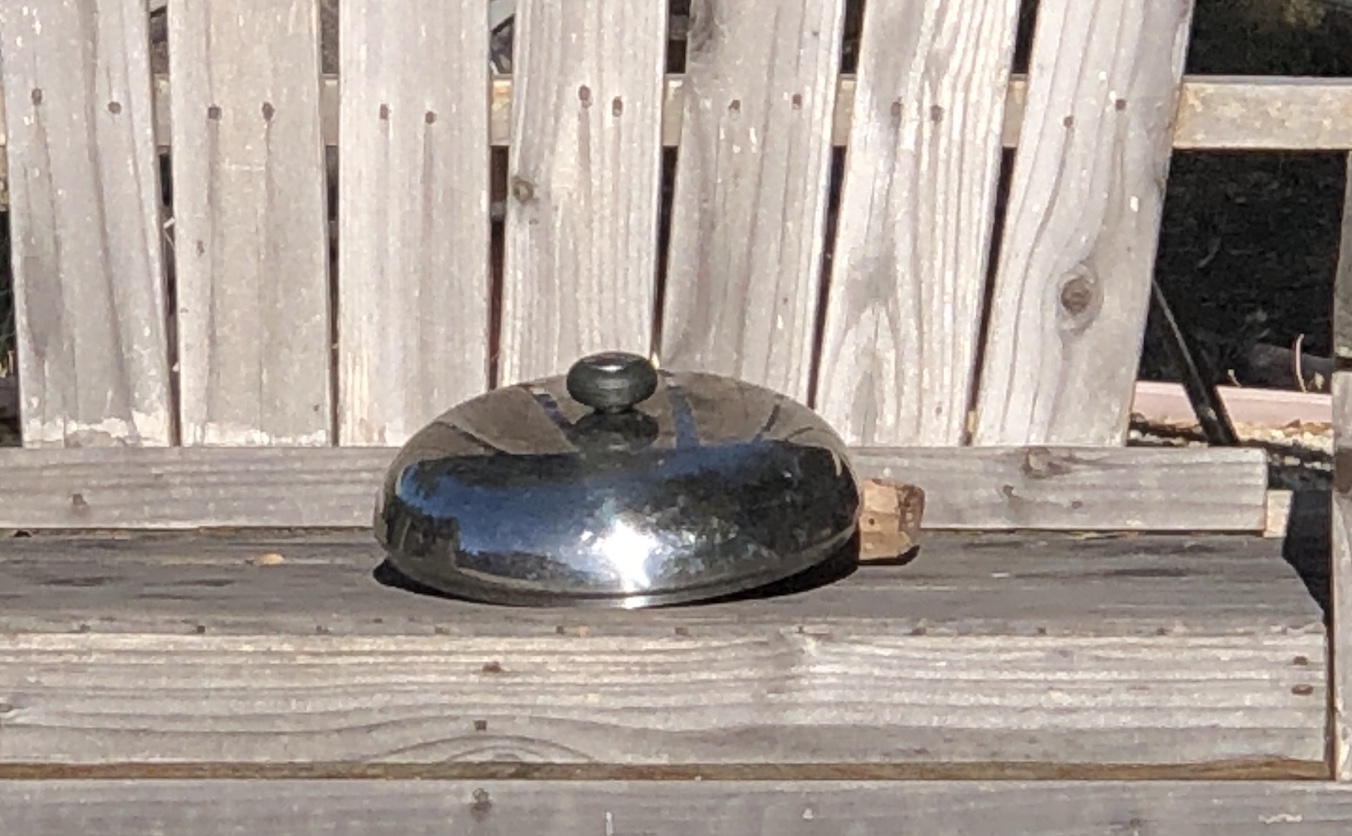 What about the first choice? A frisbee? Haines suggests this is not a good choice, due to the "dome", but there were some frisbees that had a raised central area that might fit, such as various Wham-0 Frisbees: 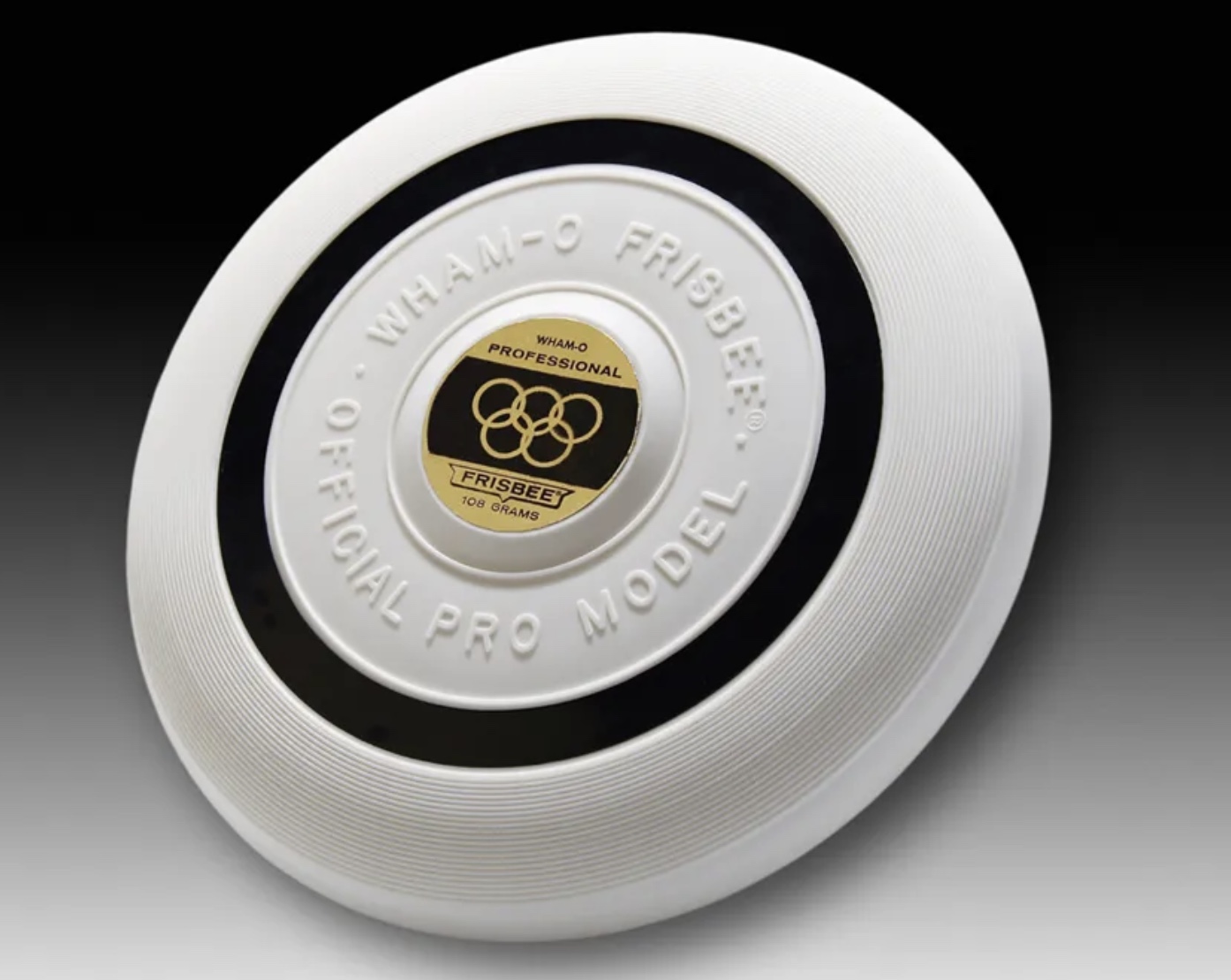 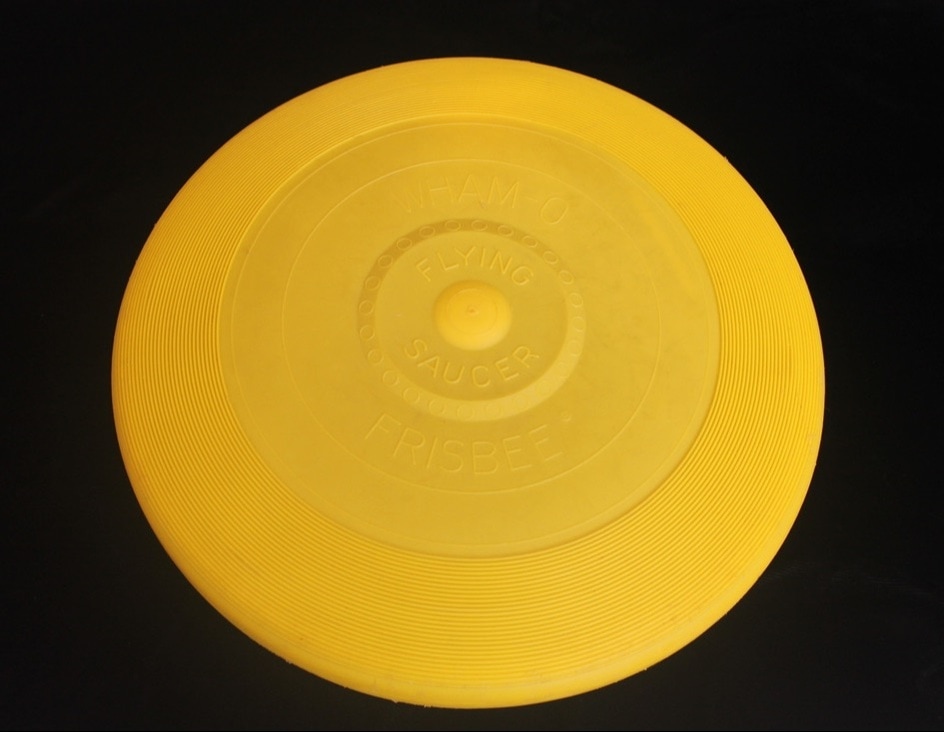 Not sure that's raise up enough though.

So, still a mystery, but I don't see super compelling reasons to assume it's not a thrown object.

Any other options? I'm pretty sure it's not a bird.

Staff member
The illustration here on the left is a more pronounced bump.

This "Frisbeam" seems rather rare. Not sure what it looks like from the side. 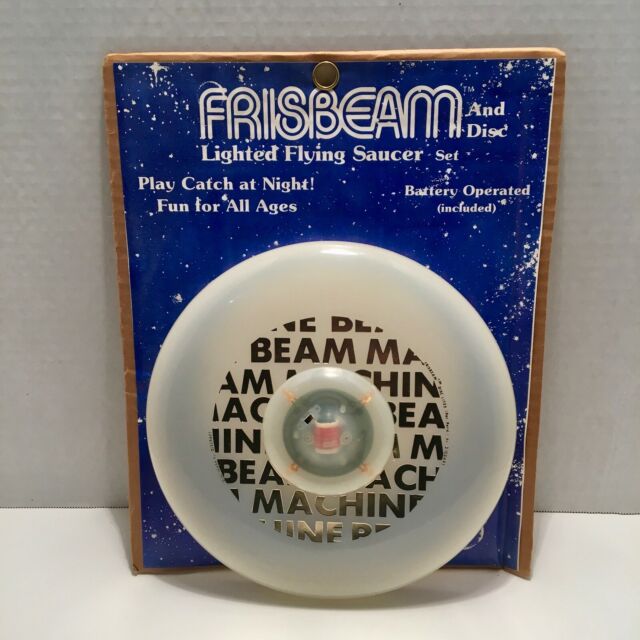 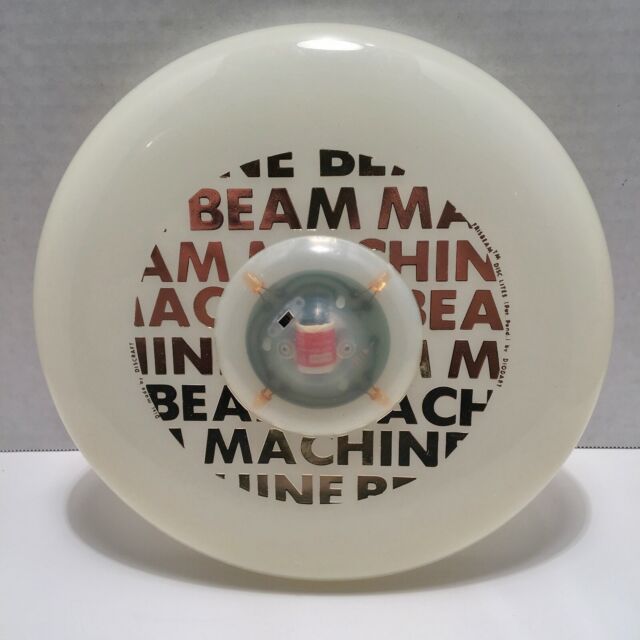 I like the first drawing of the frisbee flying saucer.

or an old percolator lid? although the dome looks more domey than ive ever seen on a percolator, reminds me of the pop bubble in the board game Trouble. 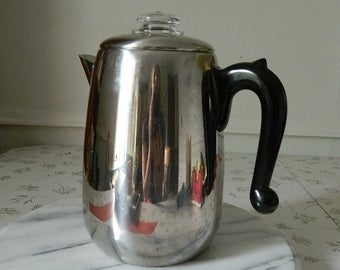 and based on all the stuff you have in your garage and how you like to tinker about, i'm guessing anyone going out to take ufo photos would probably make their own in the garage.

deirdre said:
although the dome looks more domey than ive ever seen on a percolator,
Click to expand...

ok I take that back 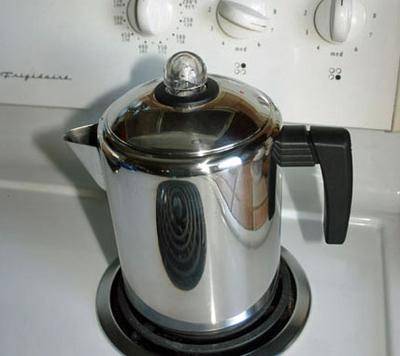 Much more likely to be a hubcap. Just the kind of thing you'd find on the side of the road. The old style wheel disks used to pop off. 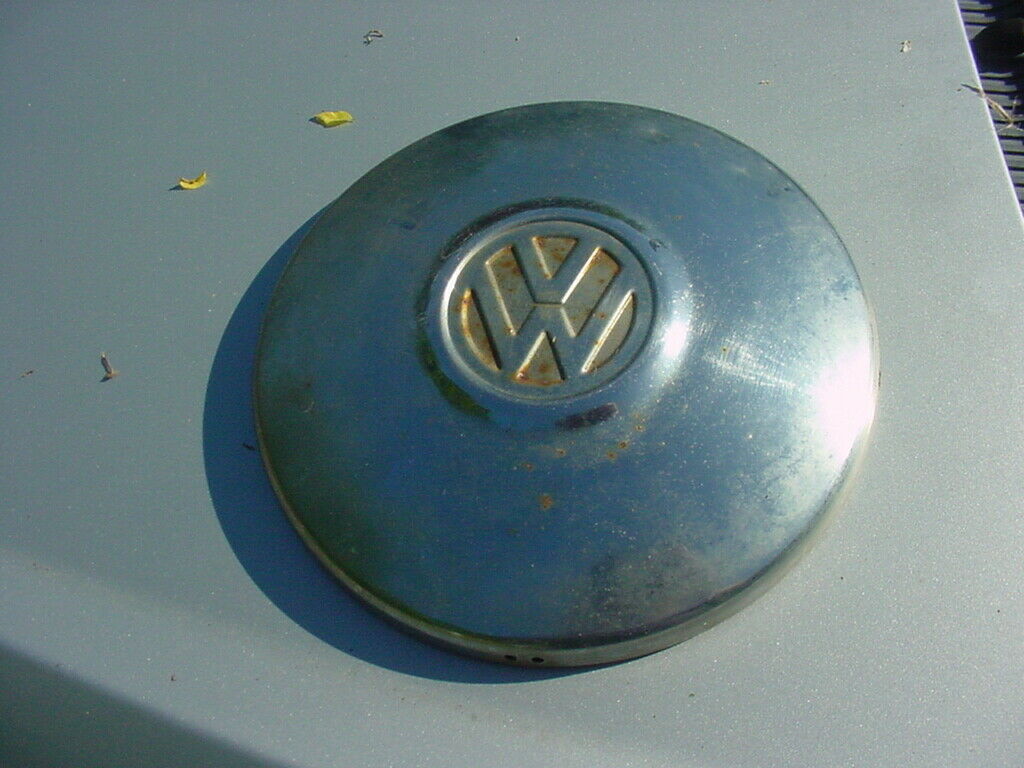 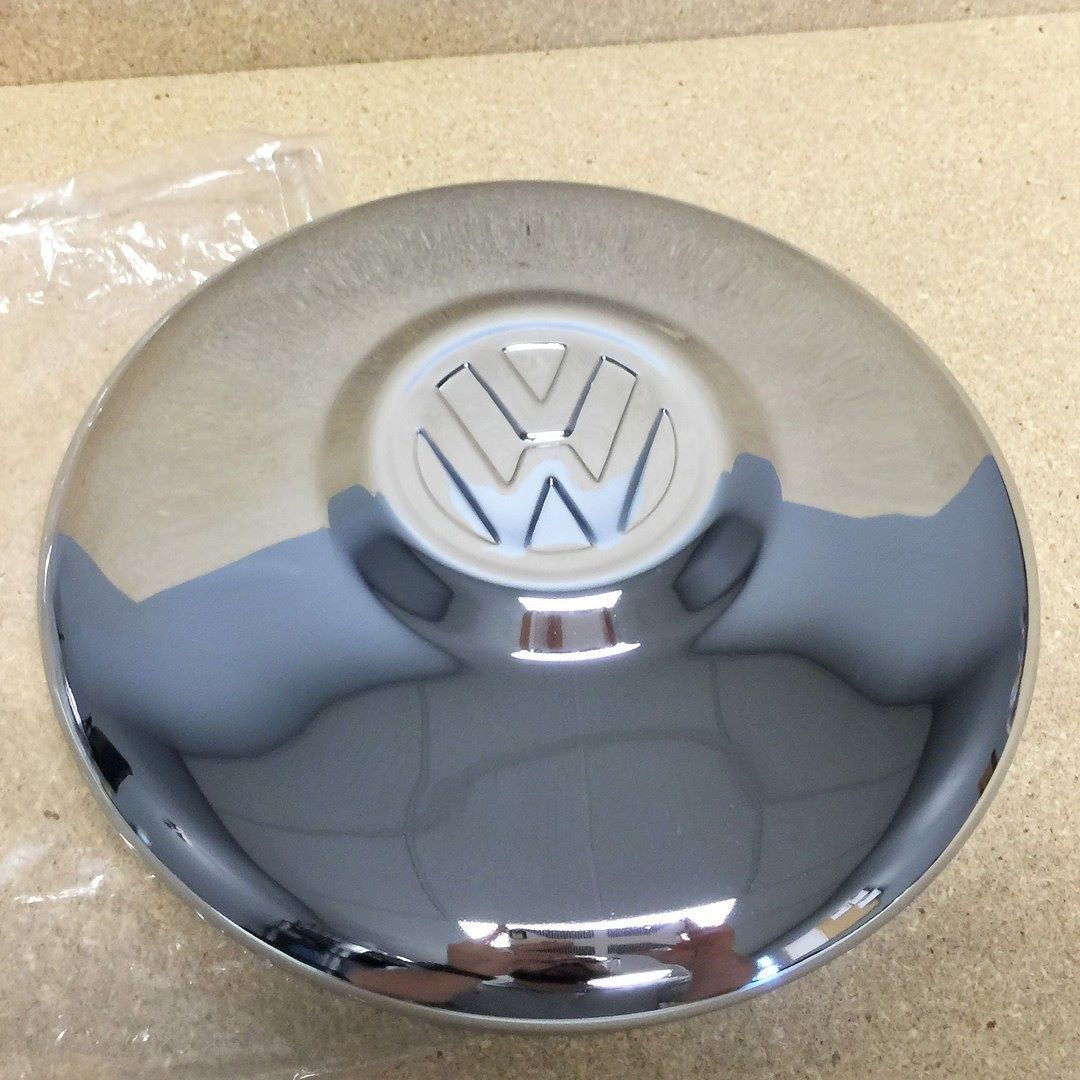 There were plenty more with the central bulge. But the VW hubcap has the best overall shape. 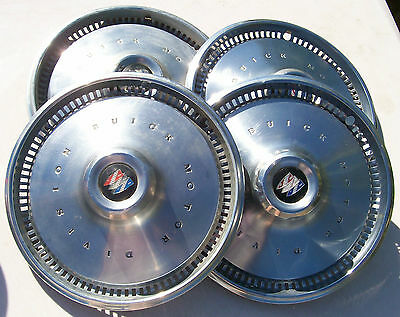 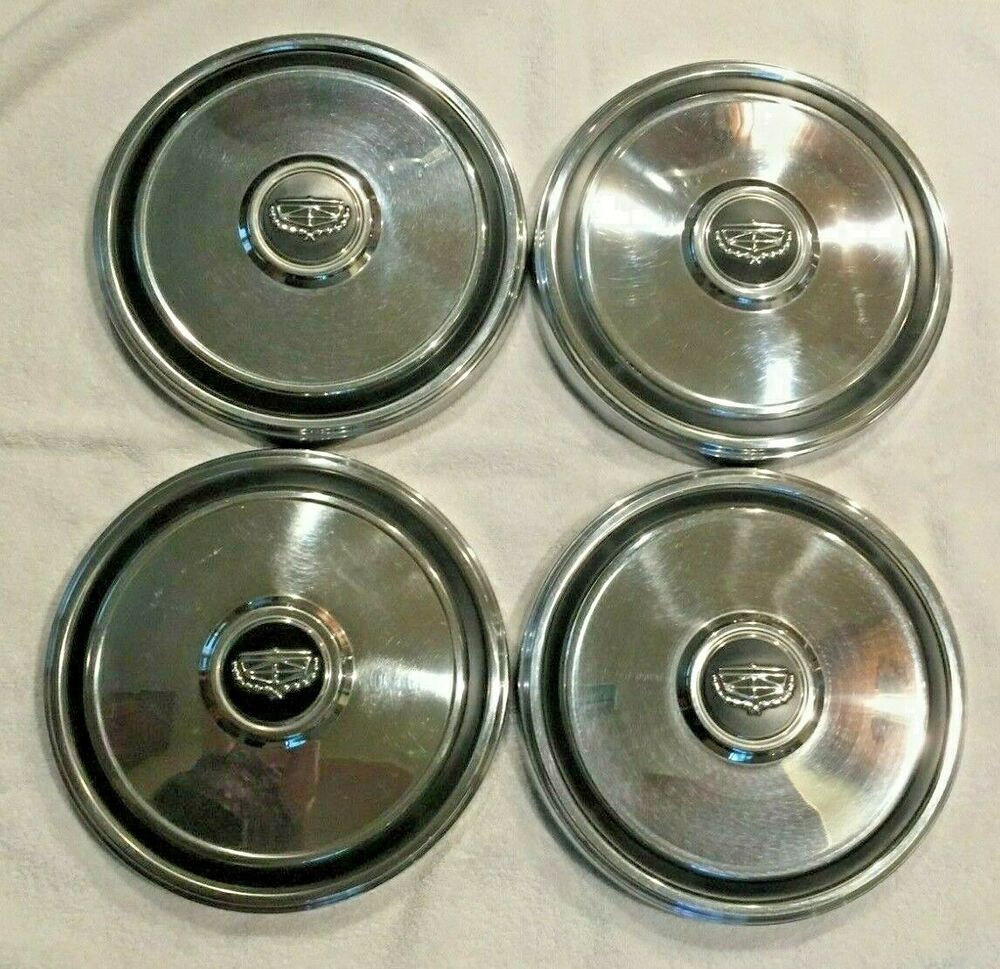 Nice. And certainly the type of thing you'd find at a bumpy rest stop. 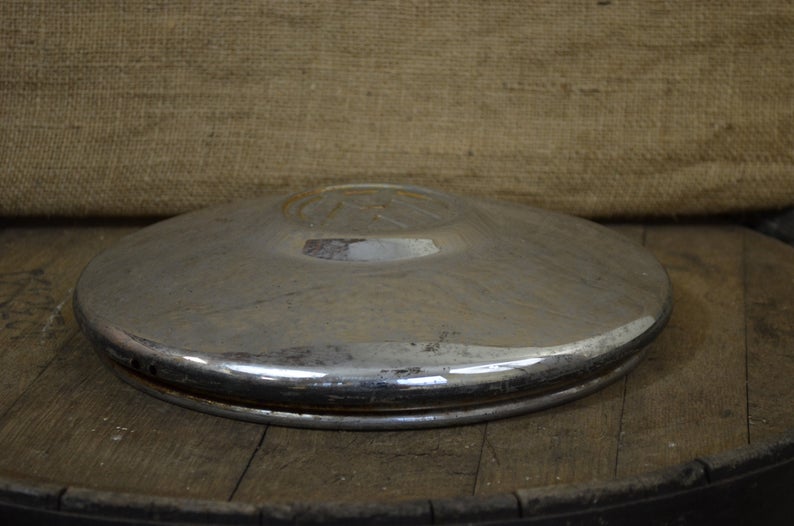 It seems maybe the side slope too much?

A different hubcap, not for shape, but to show color of rust: 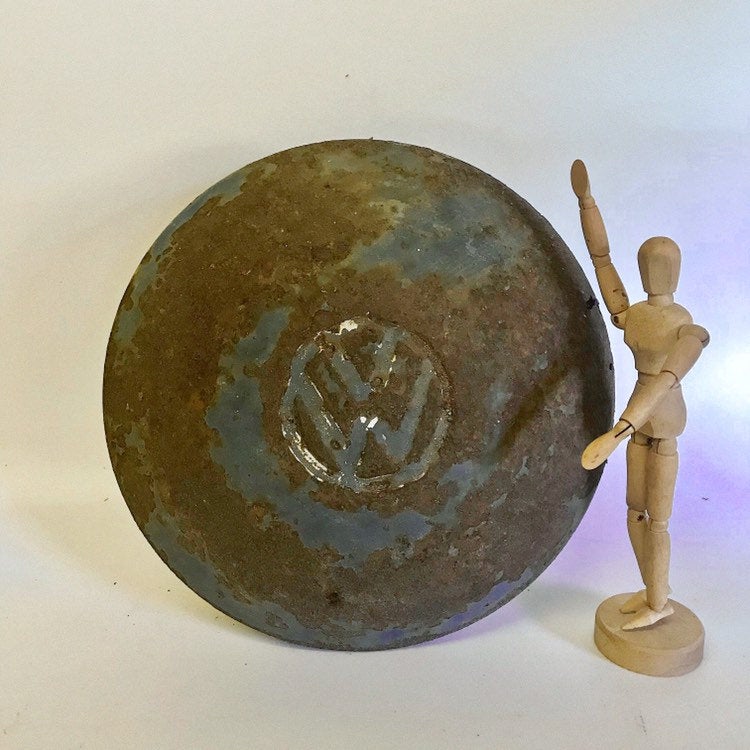