WeedWhacker said:
The beauty about that is how you can rack up Airline FF Mileage!!
Click to expand...

Oh, I did it again! Two pilots, adding too much info! (To the wrong thread....derp).

I believe (for now) the "False I.D." aspect of this scenario, vis-a-vis the Iranians, can be discounted as a significant factor. Seems to be more a case of some people striving to escape a regime. However, this could be important later, as more details are revealed.

So far, I have been guilty of some speculation, albeit based on what I considered to be a few valid journalistic sources so far...BBC and Reuters. More time will no doubt reveal more facts.

That's not unexpected it doesn't stand up to more knowledgeable analysis, but it seems plausible to those who nothing of the actual technical realities.
At least it's not the usual amateur thriller pulp novel scenarios many are coming up with.

Staff member
Speculation on the causes of the dissperance moved to:
https://www.metabunk.org/threads/flight-mh370-speculation.3264/
(and will be split up a bit more)

Mick West said:
Yes, they wanted the cheapest fare, this is the cheapest first from Kuala Lumpur to Amsterdam:
http://www.expedia.com/Flights-Search?trip=oneway&leg1=from:KUL,to:AMS,departure:04/08/2014TANYT&passengers=children:0,adults:1,seniors:0,infantinlap:Y&options=cabinclass:coach,nopenalty:N,sortbyrice&mode=search 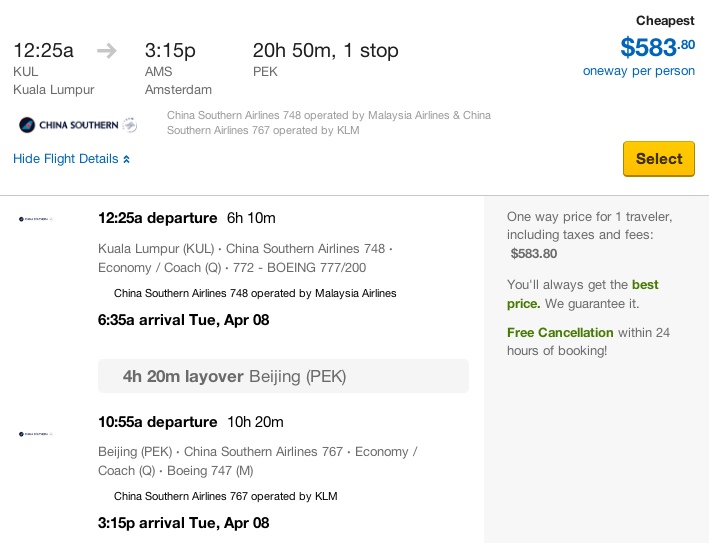 In a video game I play it's cheaper to get to Endor from Corellia by flying through Naboo instead of directly from Corellia.

Soulfly said:
In a video game I play it's cheaper to get to Endor from Corellia by flying through Naboo instead of directly from Corellia.
Click to expand...

Congratulations - You've earned a thousand nerd points. They are redeemable at the front desk.

Bill said:
Congratulations - You've earned a thousand nerd points. They are redeemable at the front desk.
Click to expand...

/waves hand
Your nerd points are no good out here, I need something more, real!

With that said, I watched this last night. Not directly related to MH370 but still a good watch considering.

It seems perfect for people that like making up stories. Missing plane when planes have the best GPS etc. I am reading all sorts. Although my own inner conspiracy theorist is drawn to this theory.

Basically that it is a cover for China and other nations mobilising for war and supporting actions. Apparently the USA and other countries have lots of ships etc there too.

GPS is good for telling you where you are. Nothing more.
The problem with the missing plane is, that information has not been passed to others (using a different sort of technology) since the pilot bid Malaysia's ATC farewell and good night.
You must log in or register to reply here.