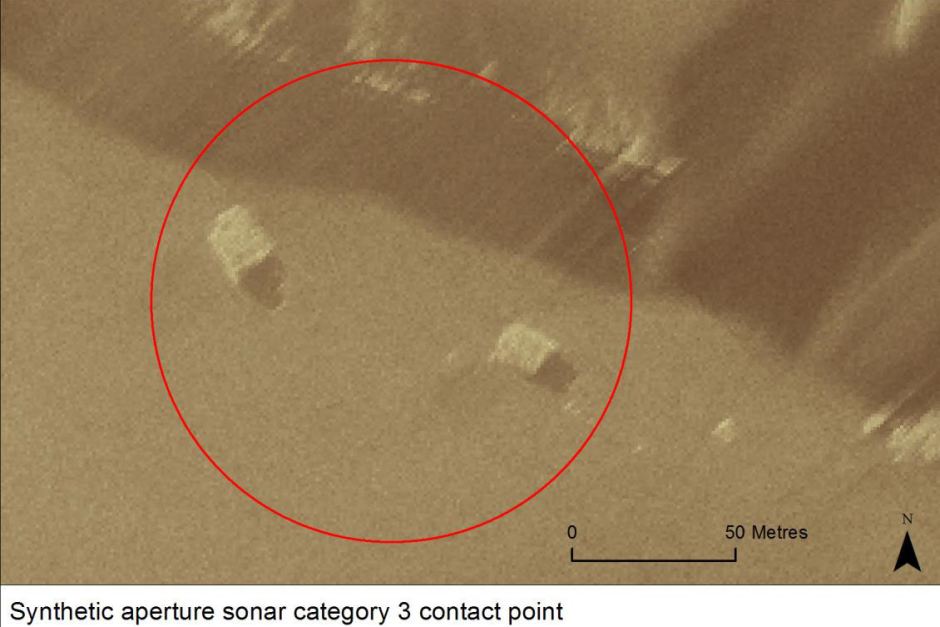 Sonar sweep reveals items which could be shipping containers on the ocean floor of the MH370 search area.

And the objects are far to big to be part of the plane, and are more likely shipping containers. 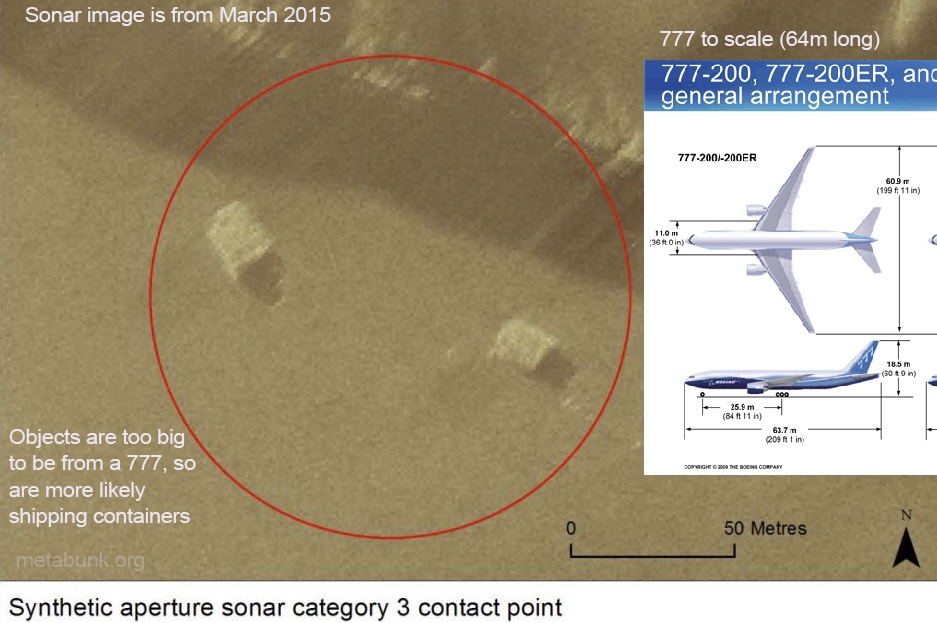 The Daily Mail has actually published a small wire story debunking their own story, just a few hours after it was published


Sonar contacts not related to MH370
By AUSTRALIAN ASSOCIATED PRESS

Australian authorities have dismissed reports that sonar images of two box-like shapes on the floor of the Indian Ocean could be from the missing MH370 airliner.

A spokesman for Transport Minister Warren Truss has confirmed the objects are not from the Boeing 777, which vanished last year on route from Kuala Lumpur to Beijing and is believed to have crashed in the Indian Ocean.

"These are old images, discounted months ago," the spokesman said.

The reports published by some media outlets on Thursday had described "category 3" sonar finds as being the most likely to be aircraft debris.

"In fact, they are the least likely to be aircraft debris," the spokesman said.

And yet the original story is still there, and as of 11:30PST on Aug 13, it's still linked from their front page:


MH370: Sonar Contacts
Background
The ATSB is leading the search for missing Malaysia Airlines flight 370 in the southern Indian Ocean. Geoscience Australia is providing advice, expertise and support to the ATSB. With the bathymetric survey completed, the underwater search commenced in October 2014.


i'd put this date in my post as had wondered if this was new evidence or ?? and had pondered that Dailymail had just rehashed an old story. Why ATSB date is shown 29 July 15,,,, perhaps just info update .

I think that's just when they created that page. It's not to share those images, it's just using them as examples to explain the catagories. The image of the containers is category 3, meaning it's the least likely to be part of a plane.

The "engines" image has already been assessed and discounted months ago. 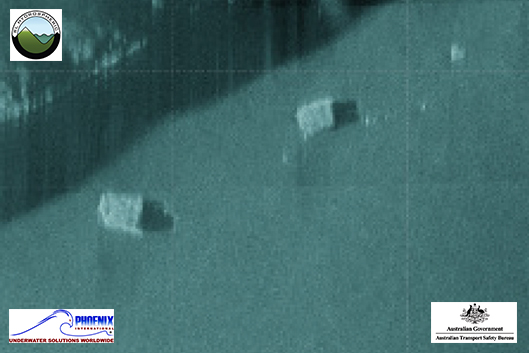 Recent articles suggesting that sonar images gathered during the underwater search for MH370 could be aircraft debris are incorrect.

The sonar contacts mentioned in the articles are old ones that were already assessed and discounted months ago.

As well, the articles incorrectly describe ‘Category 3’ sonar contacts as being the most likely to be aircraft debris. In fact, they are the least likely to be aircraft debris. Category 3 is assigned to sonar contacts that are of some interest as they stand out from their surroundings but have low probability of being significant to the search. The underwater search so far has identified more than 400 seabed features that have been classified as Category 3.
Click to expand...

http://www.atsb.gov.au/publications/2015/mh370-sonar-contacts.aspx
You must log in or register to reply here.