In the recent discussion video between @Mick West and @Tony Szamboti the claim came up that WTC7 was the only building outside the WTC block that caught fire on 9/11, see the video following 52:25

Mick: "you find that suspicos somehow?"


Mick accepts this claim which is repeated later by Tony in the video, where he then even implies that it is suspicious the WTC7 catching fire while the neighbouring buildings did not, and as far as I understood it (the discussion got quite chaotic sometimes), he was even suggesting that the fire in WTC7 originated from arson.

However, the claim that no other buildings outside the World Trade Center block caught fire can easily be shown to be wrong as there were fires at at least two other buildings:

Both buildings are adjacent to each other, see e.g. 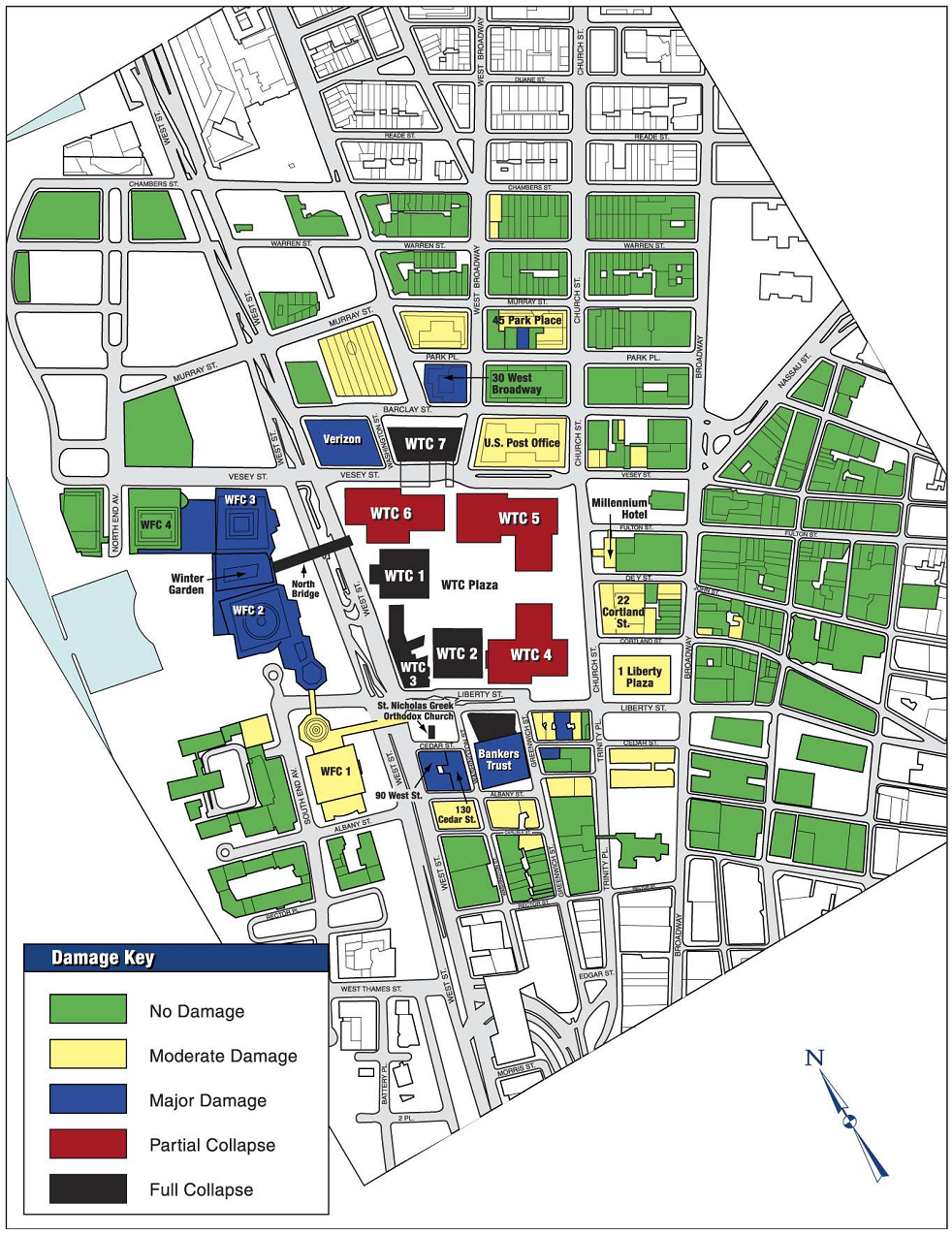 The adjacent Bankers Trust building had no fire according to the FEMA report, which is a completely analogous situation as on the north side of the WTC block, where the Verizon building and the U.S. Post Office exhibited no fires, as tony Szamboti pointed out correctly, but WTC7 did.
Last edited by a moderator: Feb 6, 2018
You must log in or register to reply here.

How high could the plane have hit, and still caused a total collapse?
5 6 7