Staff member
This smoke ring that appeared near the Denver Bronco's Mile High stadium on Jan 8, 2012 caused a bit of a stir.

The smoke ring was actually caused by the touchdown fireworks. For a full explanation, see below. 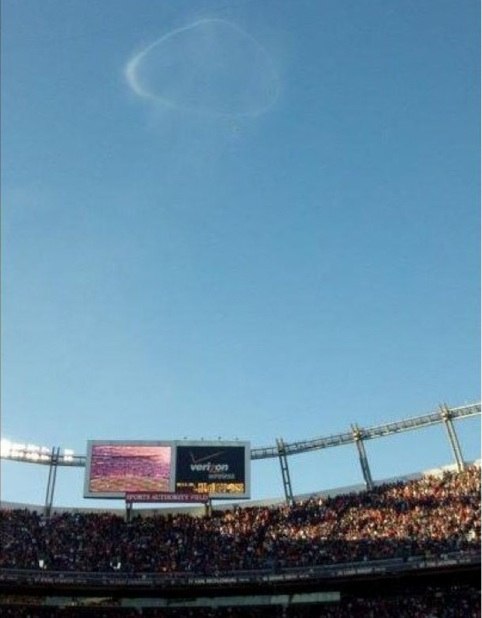 The story got picked up by the media, mostly because of the attention Tim Tebow has been getting for his outgoing religious displays, and that it looks a bit like a halo. 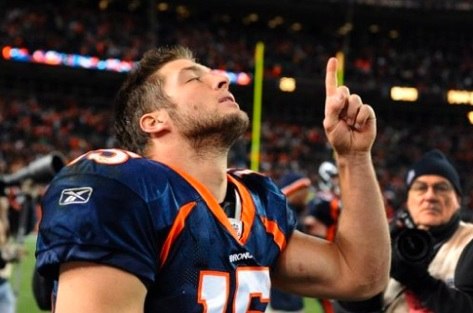 But what is it? Anything unusual in the sky quickly attracts the attention of conspiracy theorists and UFO enthusiasts. Is it some new kind of chemtrail? UFO exhaust? Or a sign from God?

In this case it's just what it appears to be - a giant smoke ring. You can clearly see the surrounding smoke, and smoke trailing beneath. The shape of the ring matches similar large smoke rings. They are pretty easy to make, requiring only some smoke, and a sudden burst of combustion to create a rapidly rising column of hot air, which makes the vortex. The resulting smoke ring will rise rapidly, and then can hang in the air for several minuter.

This one was made by the volcano special effects at the Kings Dominion amusement park, and made the news at the time.

But they can also be made by accident, or by some industrial processes. Even REAL volcanos!

In the case of Tebow's Halo, the cause was the touchdown fireworks at the south end of the stadium. 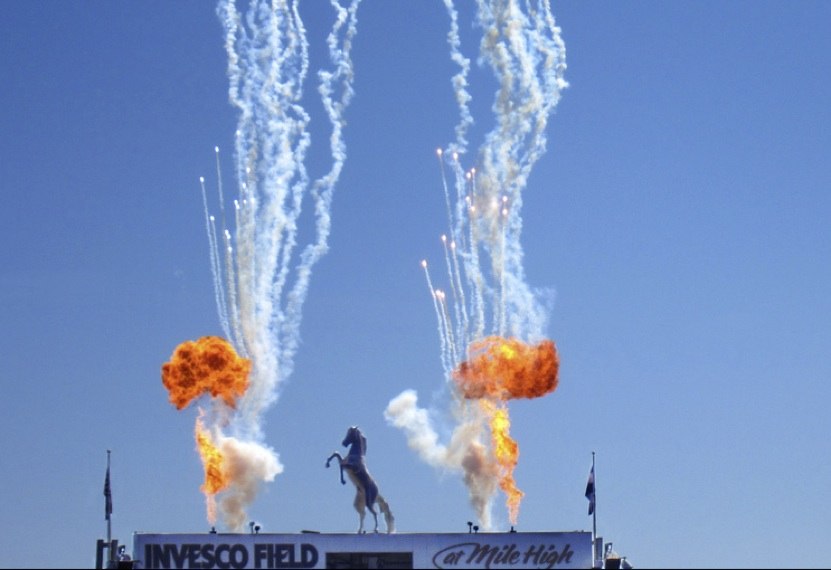 The Bronco's touchdown fireworks start with two large gas fireballs, each of which creates a rising vortex. You can clearly see these in the video below as swirling rising regions the rise all the way through the smoke trails. 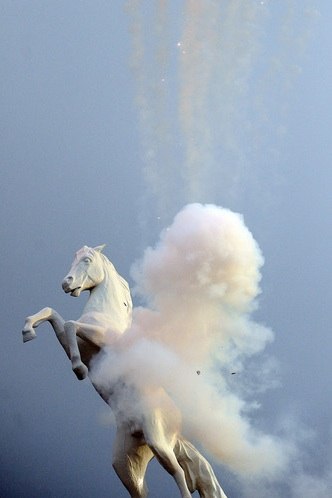 It rises, and then get blown north-west, so they appear over the west side of the stadium: 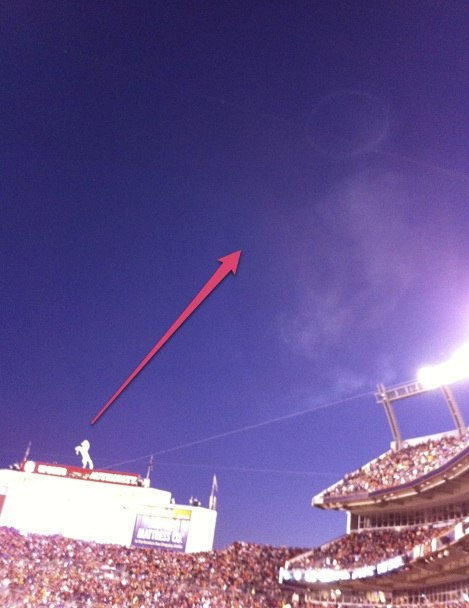 You don't see them every time, and you don't see two, because it needs very stable air, the right shape of fireball, and a bit of luck, for the smoke ring to hold together.
Last edited: Nov 20, 2013

Yes, I saw some of those smoke rings at Burning Man, my 3 times there.
You must log in or register to reply here.