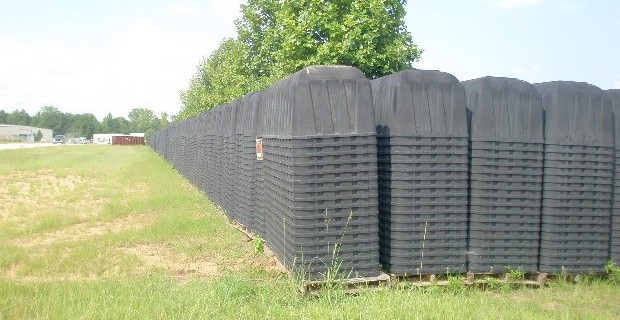 The "FEMA Coffins" story (debunked two years ago) has been revived as the "Ebola Coffins" story. The suggestion is that the government is preparing for a vast number of Ebola deaths by stockpiling airtight coffins in a field.

The suggested evidence for this is the CDC's recommendation for handling of bodies of Ebola victims, which instructs the use of hermetically sealed caskets.
http://www.cdc.gov/vhf/ebola/hcp/gu...s-ebola-patients-us-hospitals-mortuaries.html


This idea was promoted by Brandon Smith, and then picked up by Infowars.


The CDC coffins in Madison, Georgia, though, ARE designed to prevent spread of infection. In fact, the patent for these coffins confirms that they are meant for the burial or cremation of bodies exposed to infectious diseases. You can read the patent here:

This would suggest that the CDC has stockpiled such coffins in places like Madison, Georgia specifically in preparation for a viral outbreak. Meaning, the CDC has been expecting the deaths of hundreds of thousands of Americans due to infection for at least the past six years.

The problems with this theory are:

When the conspiracy theorists sneaked into the field to examine the liners, they got things upside down: 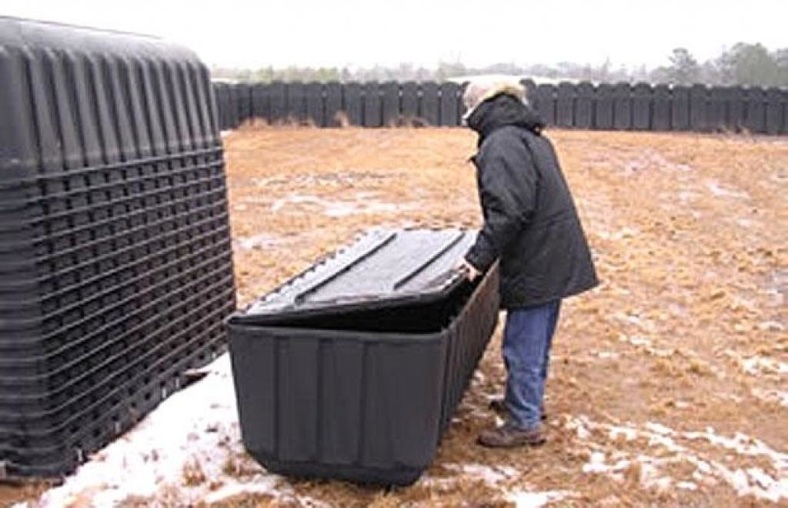 The flat "lid" is in fact the base. The liner (or buiral vault) is what is known as a "bell" type, which keeps water out by "captured air". The same principle as holding a glass upside down under water.
http://vantageproducts.com/standard.html 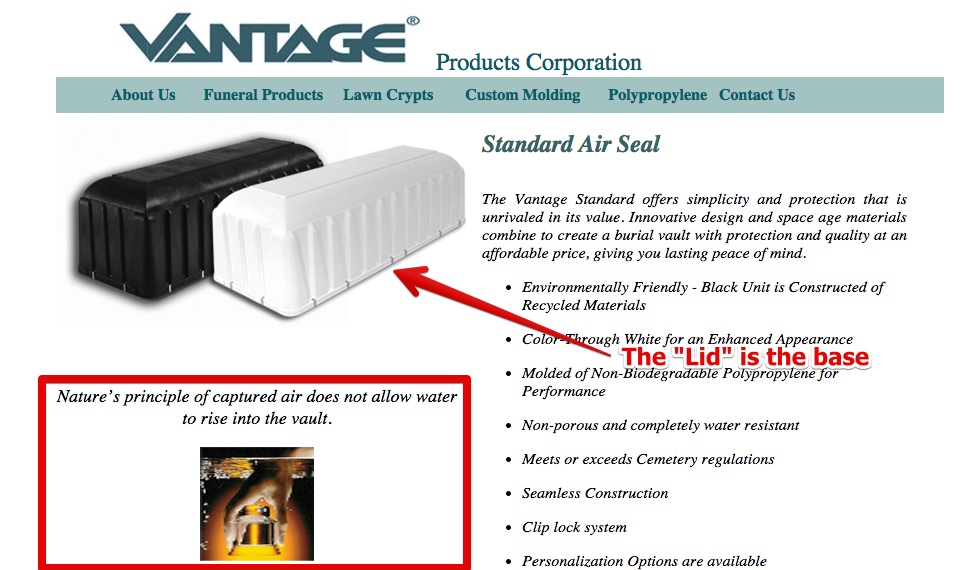 The base actually just clips on, it's not watertight or air tight, so would be useless as a hermitically sealed container.

It's also, as noted in the image above, made of "non-biodegradable Polypropylene". This is a type of plastic the emits dense black toxic smoke when burned, so is not at all suitable for cremation. It's also too big to fit in most cremation ovens, as it is designed to fit around a standard casket, as show in this cutaway: 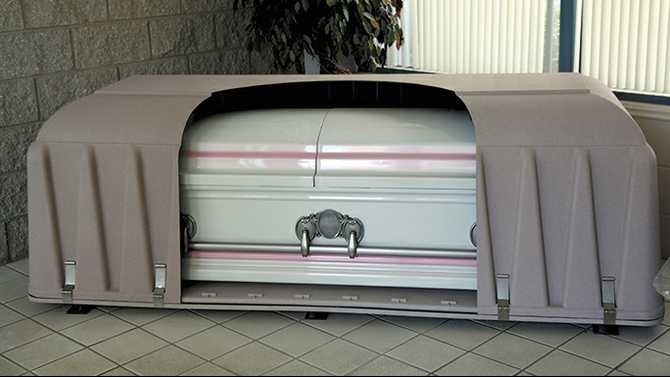 The patent suggested as corroborating evidence is: "Multi-functional cremation container for a cadaver
US 5425163": 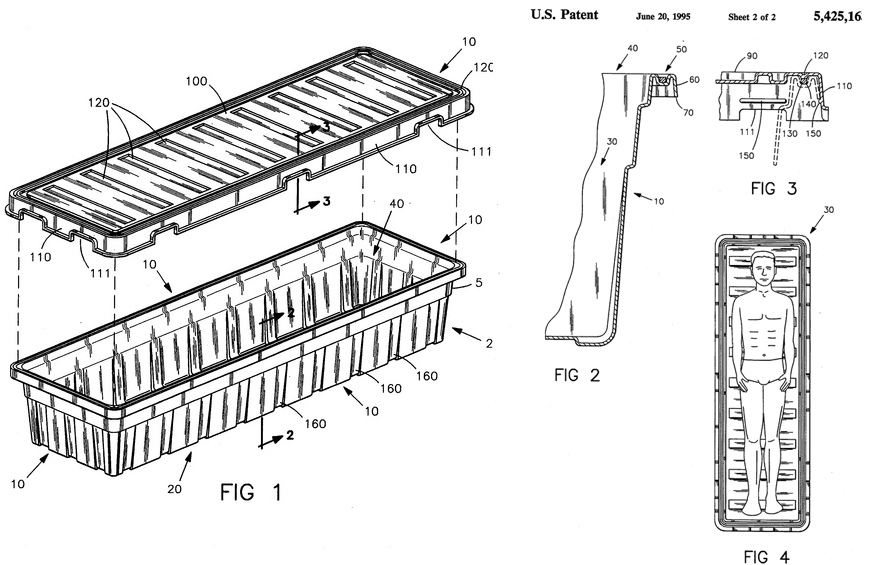 While this is superficially similar to the grave liners, it's actually quite different in that:
Bottom line: The government is not stockpiling sealed coffins for Ebola victims. They are just grave liners.
Last edited: Oct 14, 2014


Both the cover 90 and the container 8 are manufactured from a material that produces no atmospheric polluting gases or vapors when burned. Such a material might include polyolefins, polyallomers, polyethylenes, and polypropylenes.

Am I reading it wrong?

Why would they want bodies to be buried in a body bag in a sealed coffin? I would think they would specify the bodies be incinerated. Seems like a recipe for a future outbreak if someone digs up one of these or whatever. Just seems stupid to me.

cloudspotter said:
I looked for the materials when this patent was posted the other day but all I could see was


Both the cover 90 and the container 8 are manufactured from a material that produces no atmospheric polluting gases or vapors when burned. Such a material might include polyolefins, polyallomers, polyethylenes, and polypropylenes.

No, I read it wrong, I was looking at the background section:

Actually it looks like polypropylene can be incinerated quite safely. I'll update the OP.
You must log in or register to reply here.