I came across a few alien pictures that many hold to be of real aliens and I just wanted to make a condensed list of photos that I came across and their origin. 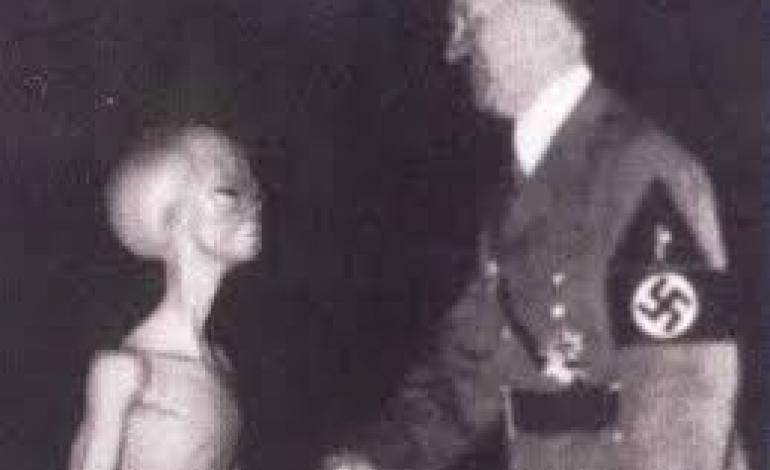 This one is pretty common and a lot of people think it's real but, obviously, it's a fake. The original picture is of Hitler and Mussolini shaking hands 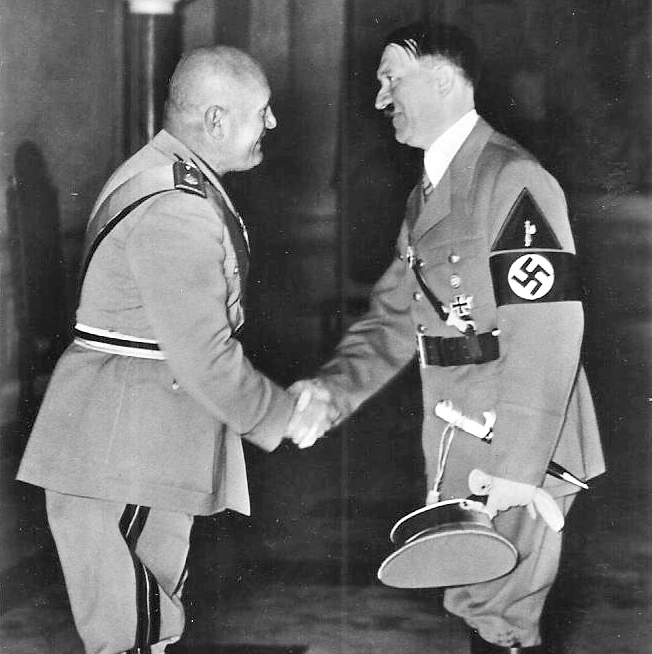 The fake is slightly blurred and looks to be blurred to make it look more "authentic" and "older." The alien bares a striking resemblance to an alien named Asgard in Stargate. 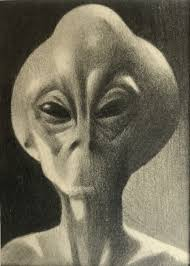 Here is a brief explanation on the origin of the photo

This photo is a manipulated version of a photograph that appeared on the front page of The Illustrierter Beobachter (the Nazi Party’s weekly illustrated magazine) in 1938. The original version shows Adolf Hitler shaking hands with the Italian leader, Mussolini

The "alien" in this particular photograph looks like one of the "Asgard" aliens from the science-fiction television series Stargate SG-1 (including the character "Thor"). However, more detailed examination of images of the "Asgard" and also of other cinema aliens suggests that the relevant "alien" is in fact taken from an image of the alien devised for the "Roswell" movie in 1994 - note in particular the ears, shoulders, eyes and ridge in the middle of the alien's forehead. 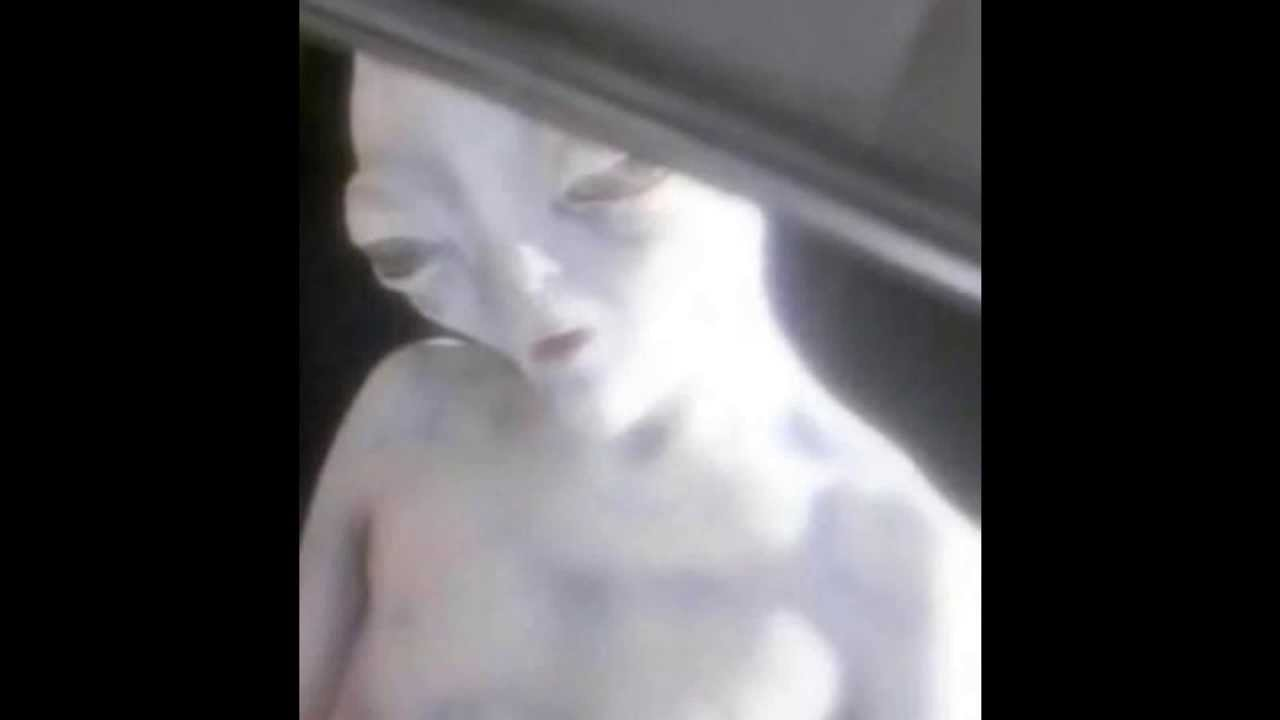 This one came around in early 2010's and was featured on numerous paranormal/conspiracy websites. The truth of the matter is that this is just an alien from X-files season 3 Episode 20. You can see the exact frame at 1:40 of the episode. 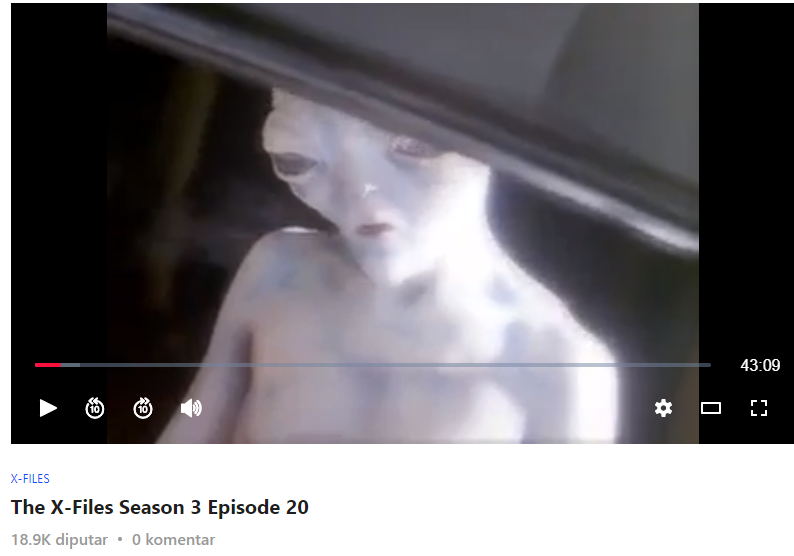 3. Alien on an operating table

This one is from an 1994 tv movie called Roswell, it was a fantastical re-telling of the Roswell incident. If you go on the IMDb page you can actually find a screenshot of the alien. 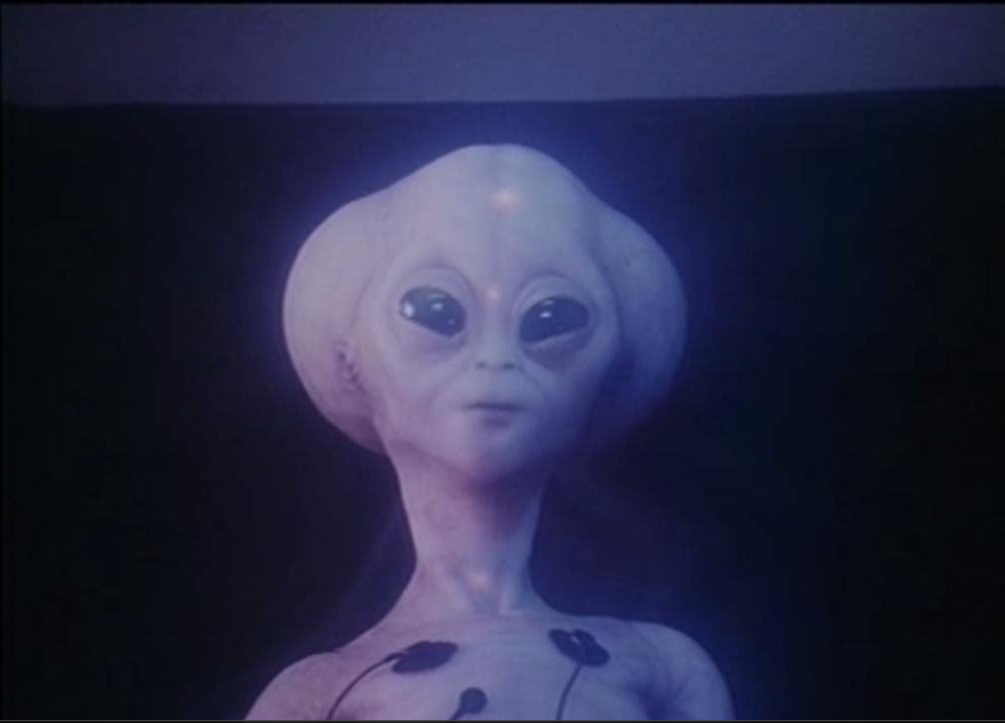 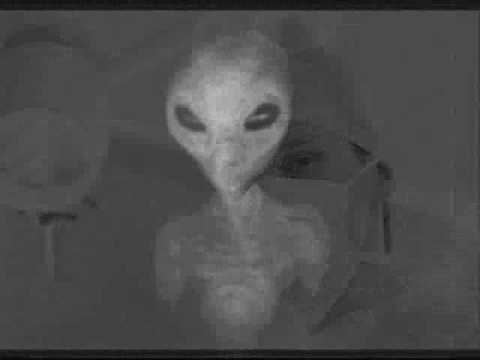 This one gets thrown out quite a lot as a real photo however it's also a fake! It's a stock photo that originated in 2003

The black and white and grainy filter were just added to make it, once again, look "real" and "authentic." This is the original photo 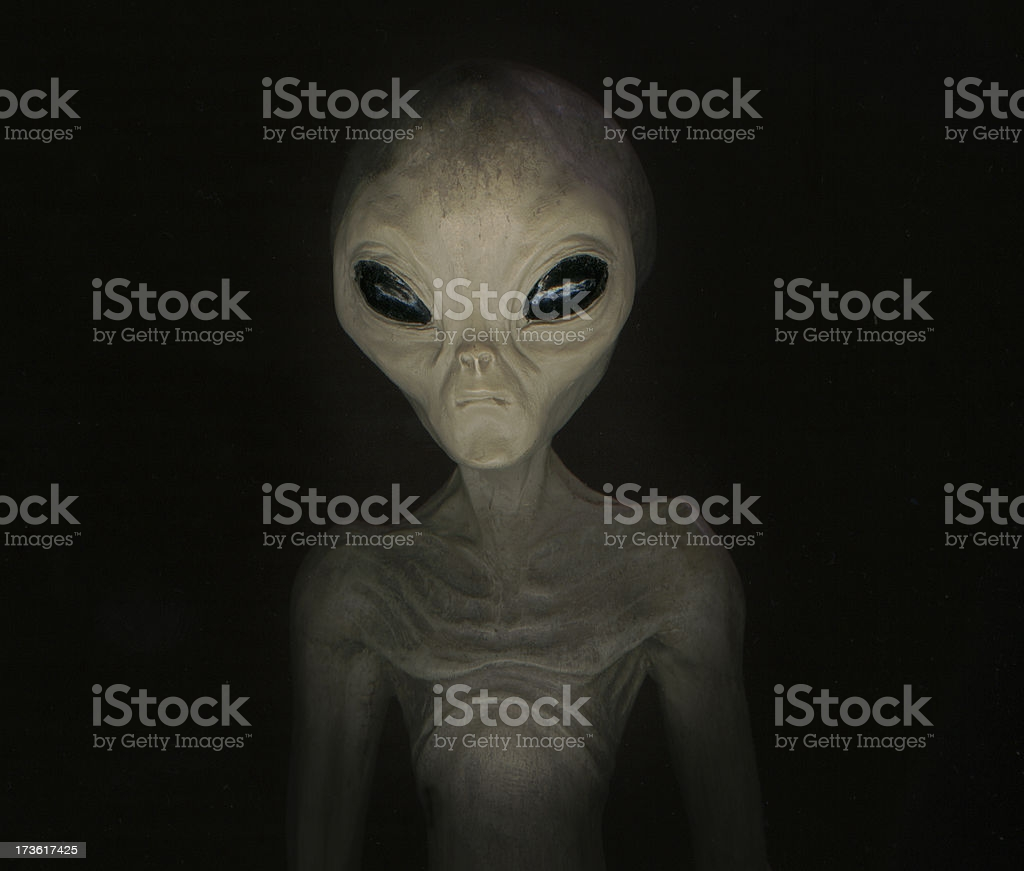 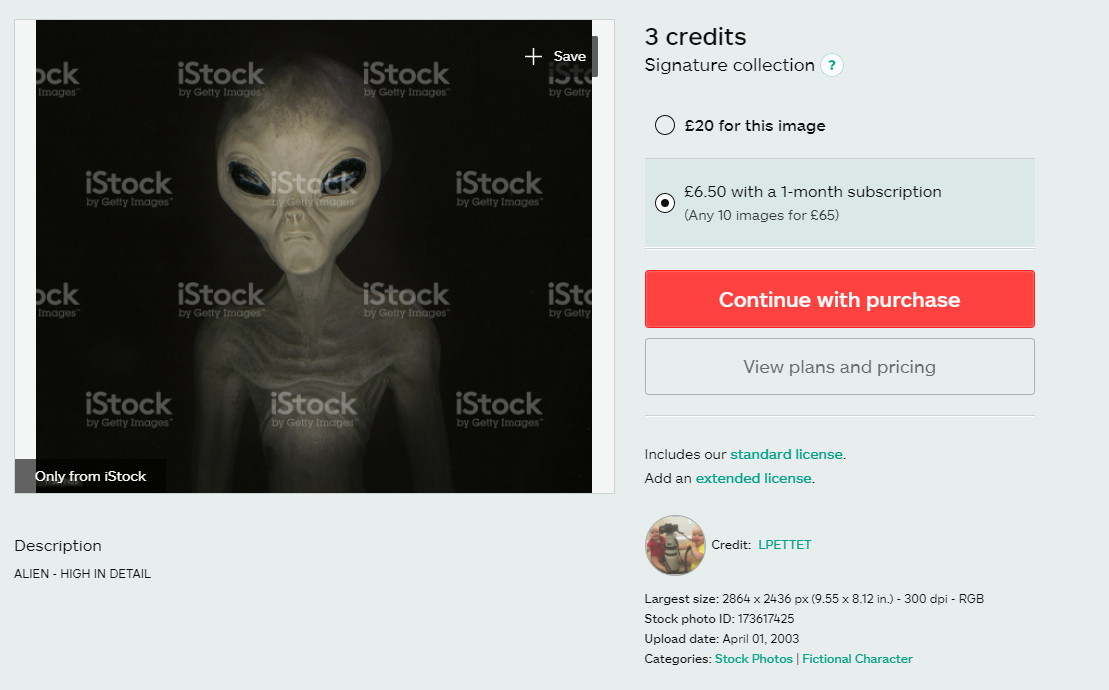 You can see when that it was released in 2003, all the grainy and black and white photos came years after
Source

Even if now you type in on google "front head alien stock photo" this is the first result you get. 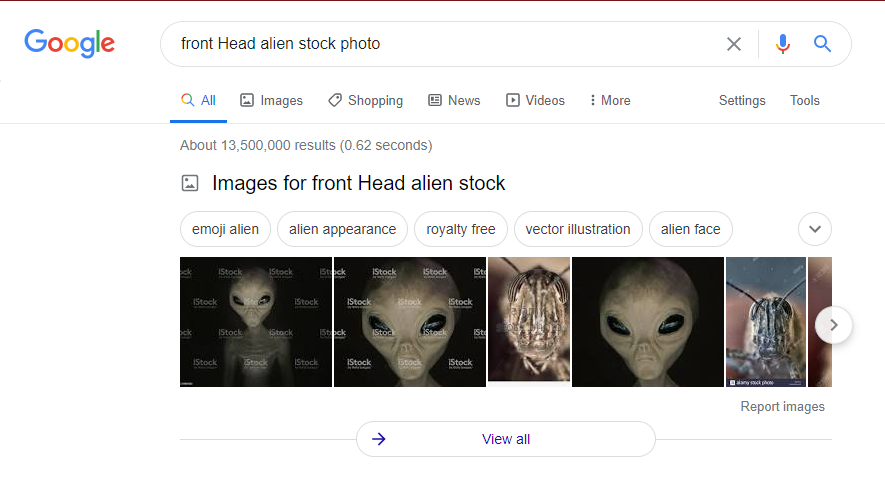 This one people think is of a Martian and a US military soldier.

There's an entire lore that some people made up on it, but the truth of the matter is mundane as ever. It was just an April fools joke in 1950 by a German news paper

The Wiesbadener Tagblatt published a photo of a "Martian in the USA," showing American soldiers accompanying a one-legged creature with "a large head and a very small body."

The photo, as the paper subsequently explained, was created with the participation of Americans at the Wiesbaden US Army base, who posed with photographer Hans Scheffler's five-year-old son, Peter. Scheffler then replaced his son in the photo with the alien.

Scheffler's photo subsequently surfaced in the UFO-research community, where it was thought to be actual evidence of a captured extraterrestrial. This happened after an unknown informant, in May 1950, sent a clipping of the photo to the FBI, without noting its origin as an April fool spoof. The FBI duly filed away the photo and then released it to UFO researcher Barry Greenwood in 1979 after he filed a Freedom of Information Act request. The next year, 1980, the photo was included in The Roswell Incident, an alien-conspiracy book written by William Moore and Charles Berlitz. 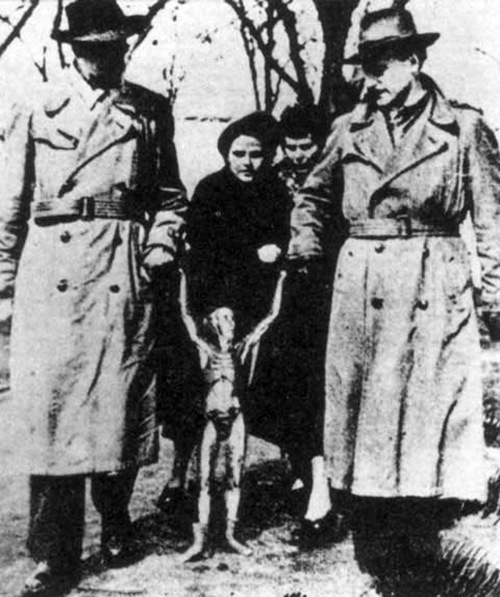 The Cologne Neue Illustrierte published a picture of "a tiny, aluminum-covered man" who had supposedly been rescued from a saucer that had crash landed after being shot by American anti-aircraft guns. The planet this being came from was unknown.

The photo subsequently became a famous "alien" photo, after its origin as an April fool hoax was forgotten. It was reproduced in books such as "Flying Saucers from Outer Space" (1953) by Donald Keyhoe and "The UFO Encyclopedia" (1980) by Margaret Sachs.

I know it may seem counterproductive to have a list of photos that everyone already knows are not real, but still a large number of people thing they're the "real deal" so I thought maybe a list debunking these would be useful?

ParanoidSkeptic2 said:
I know it may seem counterproductive to have a list of photos that everyone already knows are not real, but still a large number of people thing they're the "real deal" so I thought maybe a list debunking these would be useful?
Click to expand...

It's not counterproductive at all. Thanks for contributing! Clickbait sites and social media throw stuff like that around a lot so it's good to cover it and help other people come across this site and your info!
P

derrick06 said:
It's not counterproductive at all. Thanks for contributing! Clickbait sites and social media throw stuff like that around a lot so it's good to cover it and help other people come across this site and your info!
Click to expand...

Thank you, I really appreciate it

I am not sure if these are fake, or if they can even be debunked, but here are a few more... 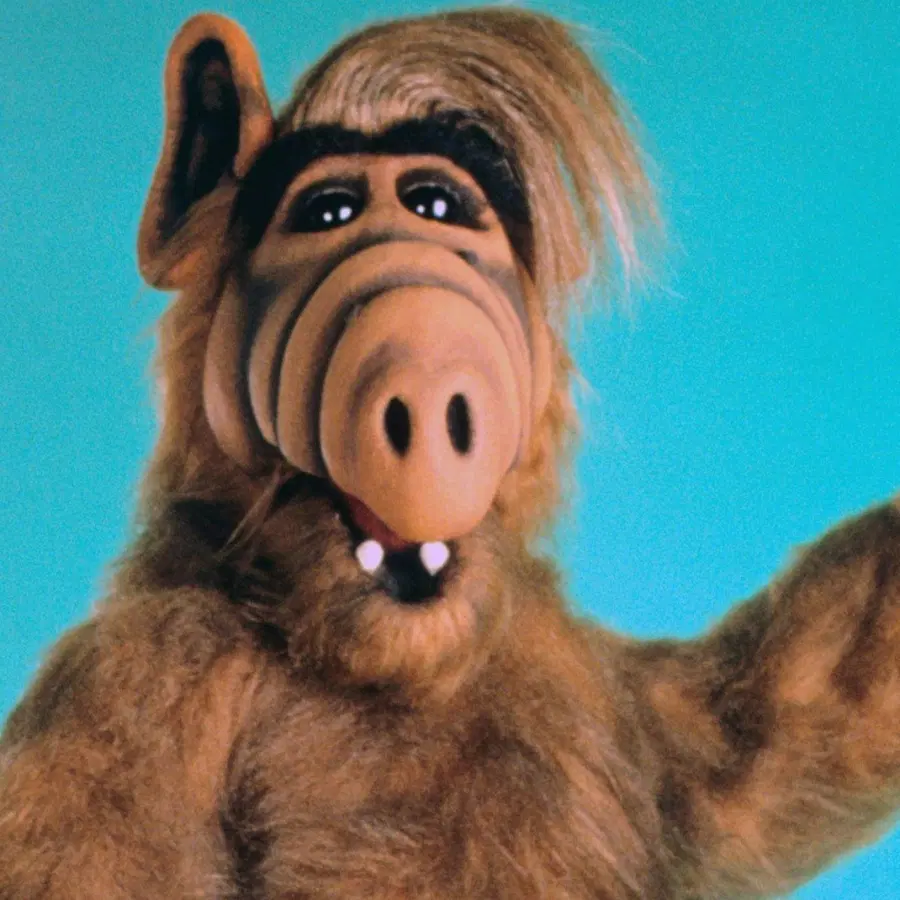 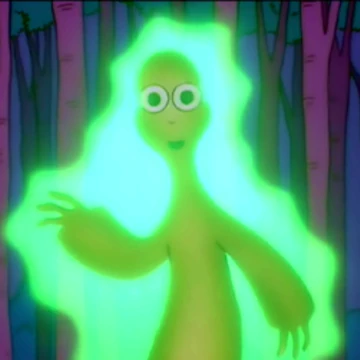 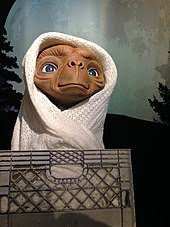 Nada Truther said:
I am not sure if these are fake, or if they can even be debunked, but here are a few more...

Interesting (or fun anyway) to look for debunks on these, as if the assertion that they are real had been made. ALF was harder than you'd think -- they were careful about not allowing photos of ALF being puppeted to be taken -- or at least to get out. Could only find one. 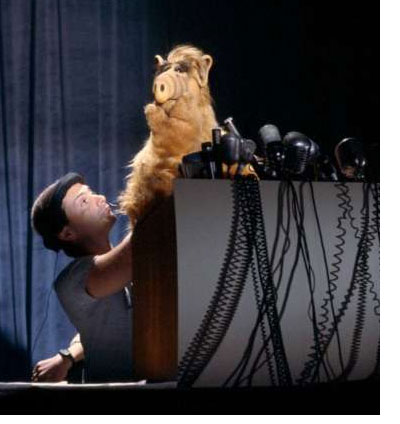 Photos of E.T. as a movie prop are a bit easier to find, though some of them appear to be from a Sky commercial reuniting Elliot and ET at Christmas in 2019. But there are some pics from the original film production and pre-production that are useful. 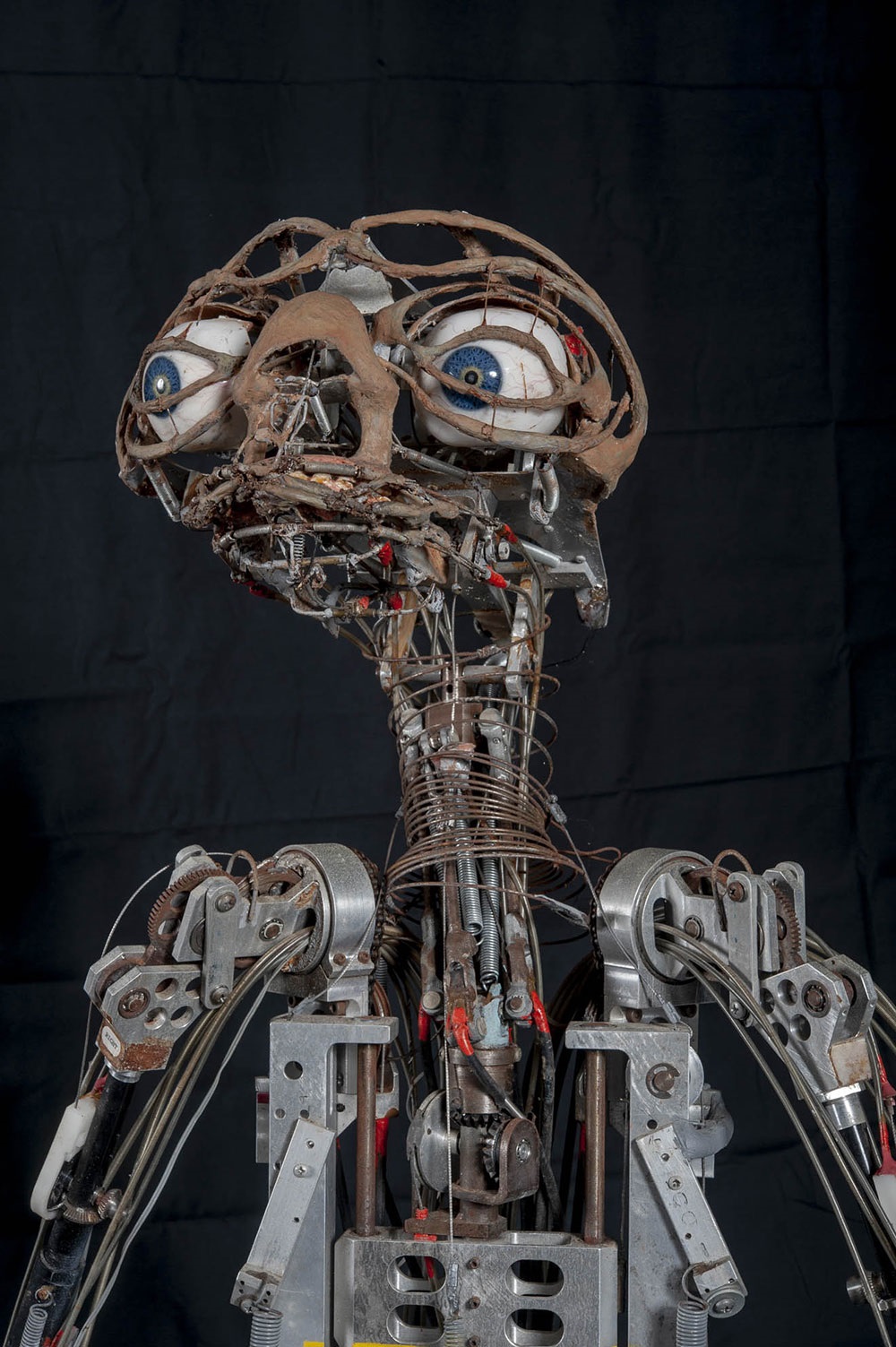 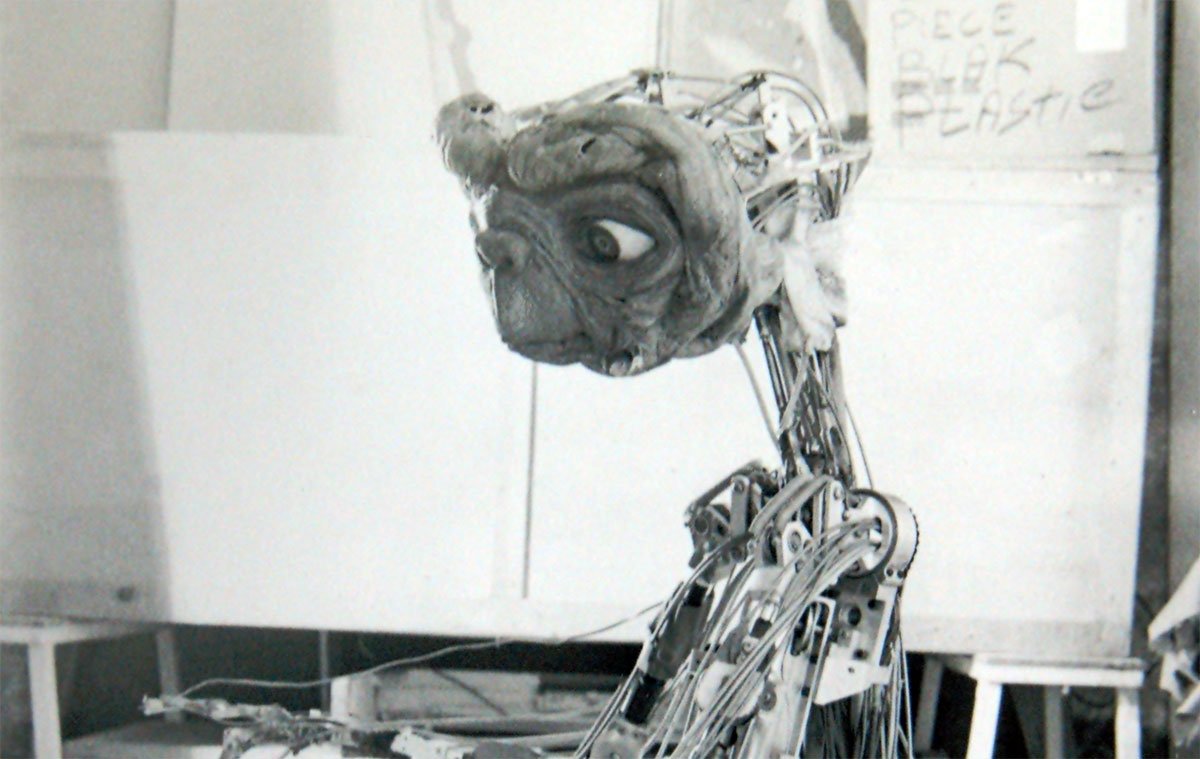 Sadly, I must conclude that ET and ALF are not real aliens, either.


Don't recognize your center alien there, so I suppose I will provisionally accept that one as possibly legit... unless further debunked.
(Edited to spell "prop" correctly.)

the milk crate in the movie was a triangle handle one. popular in the early 1980s 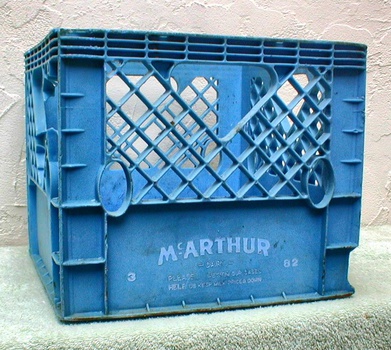 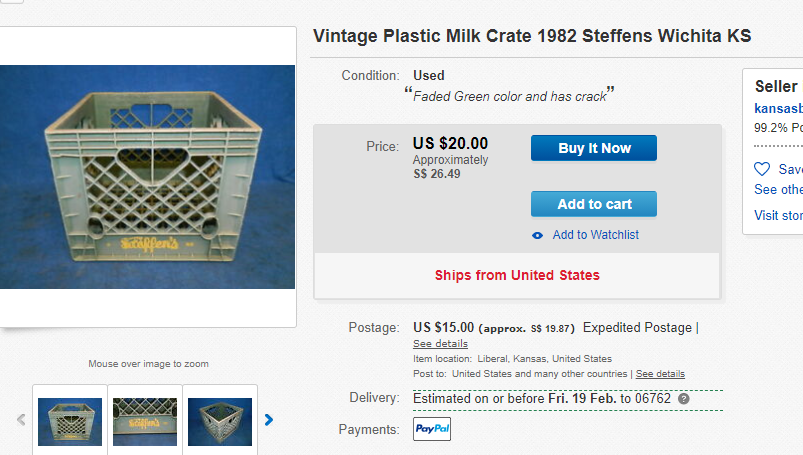 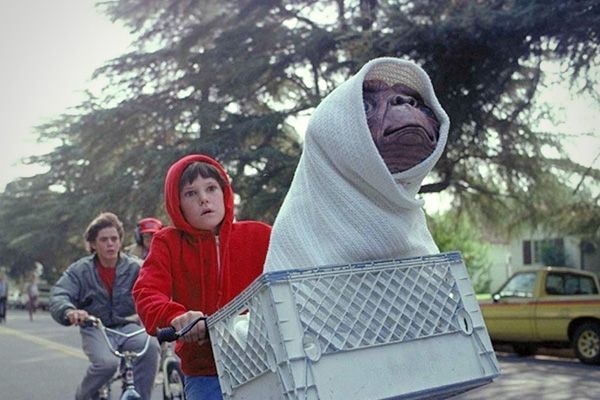 it's a wax museum. Mmadame Tussauds... 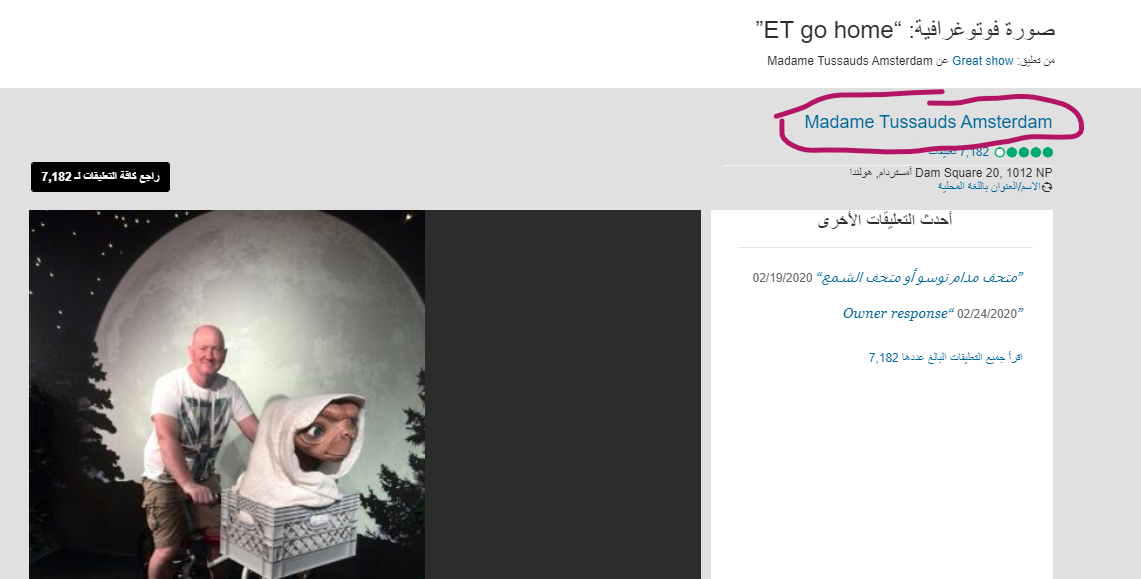 ParanoidSkeptic2 said:
Thank you, I really appreciate it
Click to expand...

Sorry to necro this, but the cartoon picture is from an episode of the Simpsons, and it was debunked in the episode itself...
It's in the episode "The Springfield Files" a 'crossover' from the X-Files of all places.
Features the voices of Leonard Nimoy, David Duchovny and Gillian Andersen.

It does follow the UFO/Alien trope as Bart's video only lasts 3 seconds.
You must log in or register to reply here.