The video in question is of an elongated, black/brown thing slowly drifting through the sky.


The video was filmed in Sonoma Residences, Sta. Rosa Laguna, Philippines of an alleged UFO. The video is 9 seconds long and was released on 15th of October 2020.

The story broke within tabloids in late October, early November after ufologist Scott C. Warring claimed that the alleged UFO is the Black Knight Satellite (for those who don't know, the Black Knight Satellite is an image of thermal blanker some conspiracy theorists claim it to be some sort of satellite put in our atmosphere by aliens to watch over us). This is what he said about it:


“The object has an opening on its top. It has a brownish-red tint and the open on its top has a few long spikes on it. The shape reminds me of one of the dark knight satellites I reported about 10 years ago from a NASA index. This is 100% alien, no doubt about it. I have heard of the UFOs over the Philippines, but this is the clearest video I have ever seen from there,”

In addition, there was also a comparison photo 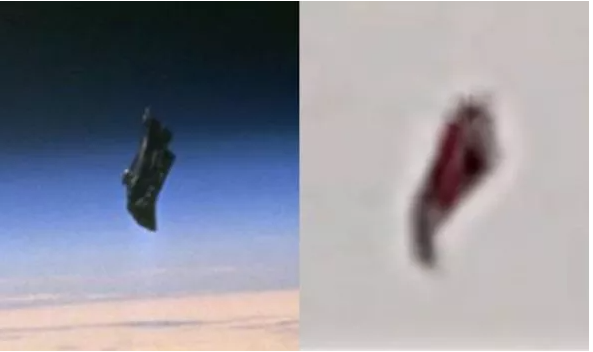 The claim that it's the Black Knight Satellite is unfound and wrong, the original photo has been proven to be a thermal blanket that was lost during a space mission. I think it might be a balloon of some sorts, a somewhat deflated balloon as it appears to rotate whilst it floats through the sky. There seems to be a few colours on it like some form of graphic image and the speed seems to be reminiscent of something quite light.

I apologise for my lack of technical knowhow, I'm fairly sure it's a balloon or something equivalent. What do you guys think?

looks like a rabbit head from heaven, whose ear slid down. why is it all glowy around the balloon.? 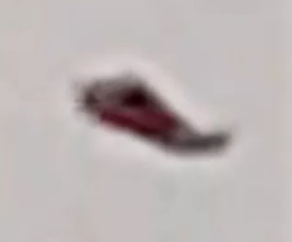 i guess an airplane balloon would be a bit more realistic then a rabbit's head.

He's a known hoaxer who just put up crap like this all the time, and then the Daily Express puts it in the weird news section. It's got no more credibility than the funny pages.

Well, I have no evidence, but seeing as there appears to be a cloud deck in the video background, then it ain't a satellite. I'd go with Mick's suggestion.

L
You must log in or register to reply here.