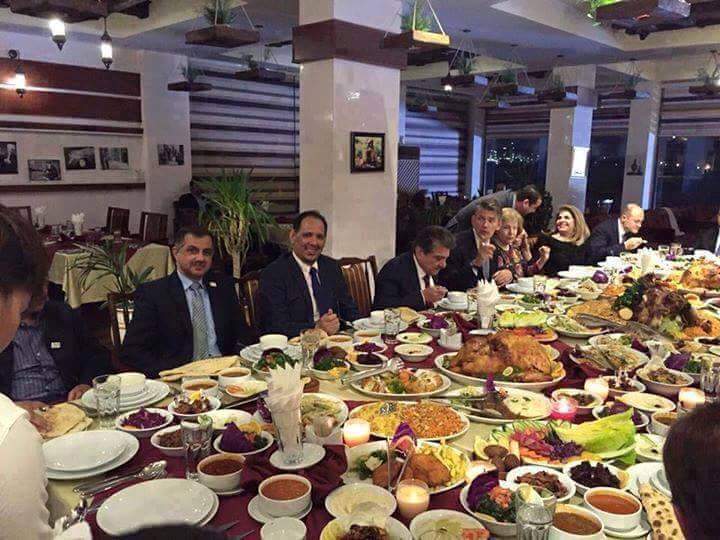 Staff member
It appears with similar captions on a lot of Middle Eastern websites. The earliest date I have found is February 2015, when it is described as "Iraqi officials". 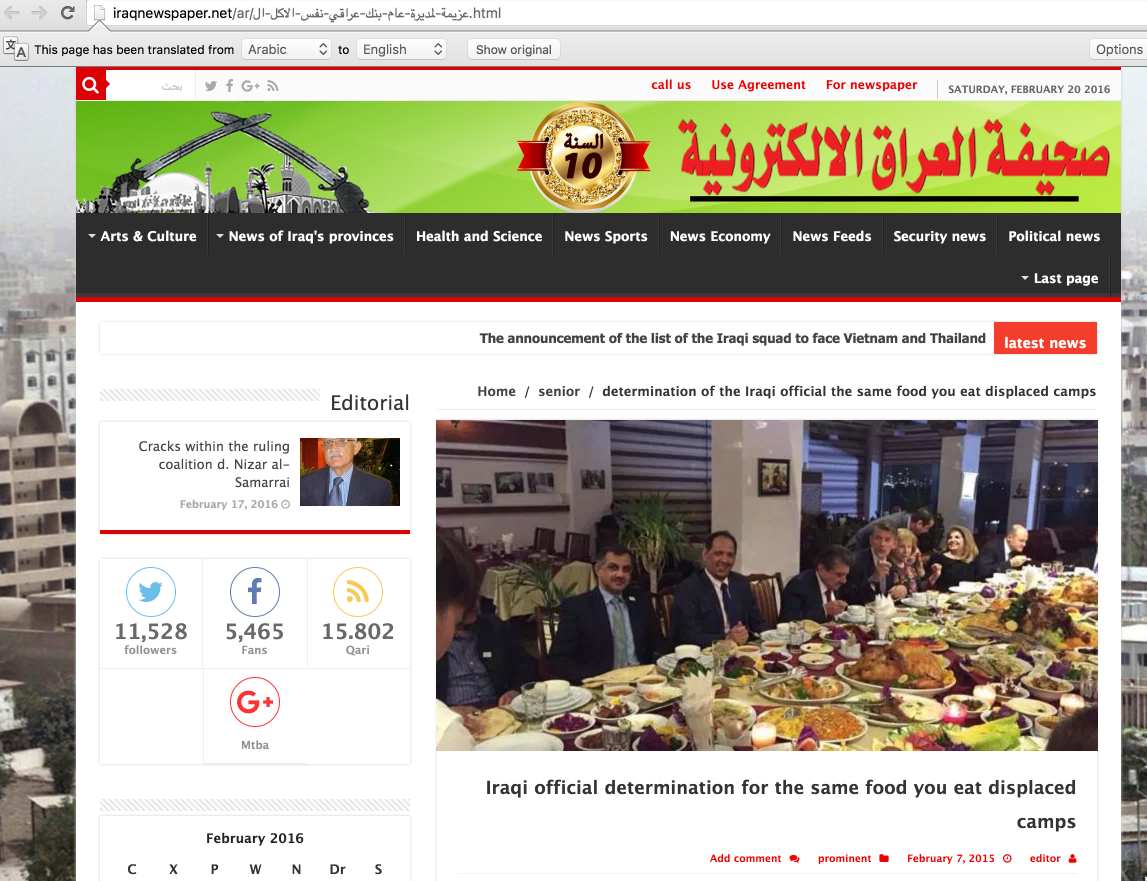 Then it seems to have spread around Twitter and a lot of blogs with the "Syrian opposition in Istanbul" caption. I am none the wiser, other than that it certainly wasn't taken this year. Annoyingly the Iraq Newspaper website above has no other info other than the caption.
Last edited: Feb 20, 2016

Trailblazer said:
It appears with similar captions on a lot of Middle Eastern websites. The earliest date I have found is February 2015, when it is described as "Iraqi officials".

Then it seems to have spread around Twitter and a lot of blogs with the "Syrian opposition in Istanbul" caption. I am none the wiser, other than that it certainly wasn't taken this year. Annoyingly the Iraq Newspaper website above has no other info other than the caption.
Click to expand...

Thanks, I guess it's pretty easy to stick a caption on a picture like that - just pick the group of people you don't like and a vague description of them ... no need to name them or or anything - they look like they could be "syrian opposition" or "iraqi officials" so that's good enough. Probably a wedding party.
You must log in or register to reply here.

Related Articles
Given a photo of a building, where was it taken from?
Elizondo Claims DoD Have A 50-Feet-Away Photo & 23 Minute Video
Claim: Ghost of deceased Soldier, Freddy Jackson, captured in a photo
1971 Lake Cote / Lago de Cote UFO Aerial Photo
Resource for identifying the area of the night sky shown in a photo
Explained: Odd Looking Bidens/Carters Photo - Not Fake, Just Perspective
Explained: Boris Johnson Photo With Confusing Reflection of Phone Cord
Balloon-like UFO Photo from The Debrief
Claim: Man took photo of an alien spacecraft in 2016
Blurry Shapes in a Campfire Photo
CIA UFO Photo Multiple Round Objects - Reflection of Bridge Rivets
"Drone" Photo over Colorado - Actually a Boeing 737
UFO Billboard in Montana Uses Photo of Identified Flying Object
Edited Photo of Ghislaine Maxwell at In-N-Out
Chicago Skyline from Indiana Dunes, 33 miles away
Explained: "UFOS" in Donald Trump's Crowd Photo on 4th of July
Debunked: Photo with Sun Rays at Odd Angles
Explained: Photo of 747 with Contrails Only on One Side [Fake, April Fool]
A "Molten Metal" 9/11 Photo - Is Just Burning Paper
"Castle in the Sky" [Huawei phone digital glitch, 海市蜃楼 华为 ]
Two objects over Ribblehead Viaduct [Probably birds]
Explained: Dark Streak UFO Photo - Barn Swallow + Motion Blur
WHAT IS THIS LINE? (on my Super Blue Blood Moon Photo) - Smarter Every Day 188
Apollo 12 photo analysis shows Sun as bulb [claim]
What is this? [unidentified object in photo from vehicle: lamp post]
Explained: Photo from ISS shows "open window" [Scratch Cover]
Explained: Photo of "UFO" Used in Connection with Nimitz Incident [Balloon]
Debunked: Iconic Charlottesville photo photoshopped; false flag
Help with Photo Of Dark Lines in Clouds needed.
NASA fakes Michael Collins' spacewalk photo (artistic representation of event)
Explained: Why does this Apollo11 photo act so weirdly?
How to Take a Photo of the Curve of the Horizon
How can I debunk the orbs in this photo?
Does this photo show a too-small hole in the Pentagon? [No]
Analysis: Crathes Castle "Ghost" in Doorway Photo
London bombings 7/7. Was official photo of bombers photoshopped? [No]
Explaining the Ghost Boy in the Back Seat Photo with Occam's Razor
Calculating the height of something in a P900 photo when distance is known
White streaks in photo?
I'm trying to ID the flight for this old photo of mine, Feb 19, 2014 5:25 pm
What's the Highest Contrail You've Taken a Photo Of?
Explained: Apollo 17 Photo of Earth from Moon Seems too High
Misleading: Detroit vs. Hiroshima Photo Comparisons
Debunked: Blanketman photo proves Nice attack a false flag
Explained: Jupiter Photos look the same [Composite photo]
Debunked - Photo of Hitler and Henry Ford Together [actually Wilhelm Frick]
Debunked: Boston bombing recovery photo makes no sense from medical point of view
Photo Anomaly - Missing my face.
Debunked: Photo claiming to be Iraqi Chemical WMDs in Syria [Photo is actually in Utah]
1952 - Condensation Trails From Aircraft - With a 1937 Persistent Contrail Photo - Oldest Ever?
Share:
Facebook Twitter Reddit Pinterest Tumblr WhatsApp Email Share Link