MH17: Pinpointing the precise location of the missile impact point

There's something else worth pointing out here, in their press conference the Russians posed two questions about MH17 apparently being diverted, with the seeming inference that it was deliberately diverted into an area of known risk (or perhaps even carrying out some sort of evasive manoeuvre):-


1. Why did the MH17 plane leave the international corridor?
“Please note that the plane stayed within the corridor until it reached Donetsk but then it deviated from the route to the north,” said Kartopolov.
2. Was MH17 leaving the route a navigation mistake or was the crew following instructions by Ukrainian air traffic controllers in Dnepropetrovsk?
“The maximum deviation from the left border of the corridor was 14 km. Following that, we can see the plane maneuvering to return to the corridor, yet the Malaysian crew did not get a chance to complete the maneuver. At 17.20, the plane began to lose speed, and at 17.23 it disappeared from Russian radars.”

The ATC transcript shows that Ukrainian and Russian ATC were both aware of, and cooperating in managing, MH17's position and flight path, and the report says that there were no restrictions at the altitude MH17 was flying at.

The route diagram in the report shows MH17 hadn't changed direction in around 200Km. Russian ATC requests it to change course just prior to the event, but towards the south east, there's no mention of ATC or the flight recorder indicating another change of path. So was what Russian Radar saw diverting north actually the plane breaking up?

Pete Tar said:
Is there some point of significance that being from the right or the left would prove?
Click to expand...

I'm making no claims on that point. JustMe seems to think there is, I'm just pointing out that if he/she is saying the report indicates the impact was on the right, then I don't believe it does.

I think the title of this post is somewhat deluding. I was originally referring to the exact GPS coordinates of impact, not the impact locations on the airplane itself.

Do you mean launch point, or impact point in the air?

Ray Von Geezer said:
The ATC transcript shows that Ukrainian and Russian ATC were both aware of, and cooperating in managing, MH17's position and flight path, and the report says that there were no restrictions at the altitude MH17 was flying at.
Click to expand...

From everything I've seen, this was just extremely routine. No-one knew there were (what do we call them? "Separatists"? "Militants"?) on the ground with a working missile launcher.

Also as has been discussed a great deal previously, there were a number of other regularly scheduled airliners that transited that basic area, on the various "Jet Airways"...a term used in the USA...or just "Upper Levels" in other regions... (or, "off-route" as it's called, when diverting for weather, or for the benefit of ATC to maintain adequate and safe traffic separation standards).

WeeBee said:
I was originally referring to the exact GPS coordinates of impact
Click to expand...

What you seem to be asking is, the precise location of the airplane, relative to the ground, when the attacking missile exploded and thus "shot it down"?

This data will likely be forthcoming, in future. (From DFDR information....presuming it is intact, and not corrupted).

Yes. And of course this data can be used to extrapolate the possible location of the missile launcher or whatever it was.
T

The Dutch Safety Board released a Pic with the last Postion of the FDR. I don´t want to upload the pic because of Copyright, but you can find it here.
http://www.onderzoeksraad.nl/en/beeldbank/1155/investigation-crash-mh17-17-july-2014

The Initial JIT report said that the fragments had penetrated the top MH17 cockpit from above and there is also penetration below the cockpit window. Fragments trajectories or not travel at right angles unless there is two points of ignition. Has anyone done a laser trajectory analysis x/y/z (Front side and above) coordinates to pin point the direction and location of the explosion in relation to the plane? In theory they should all point to a single point, the point of explosion. I have tried finding such on the internet but there is none.

Depends what is meant by 'from above' and 'below the cockpit window', but it's easy to picture a spreading cone of impact hitting both.

Draw a circle that represents the nose of the cockpit and then draw us the angle and trajectory of penetration based on what we already know. 1st JIT report stated that the plane was penetrated from above the cockpit. Then there is penetration to the lower side of the cockpit and along the wing and fuselage. A cone or even a ball explosion would have a single point of detonation. Framents do not travel in right angles, unless it was a multiple star burst, which it is not.

Again a single laser trajectory analysis should determine the point of detonation(s). Why is it that no one has presented a sectional diagram showing the angle of attack from an x,y and z axises?
Last edited: Jun 7, 2015

UkrToday said:
Why is it that no one has presented a sectional diagram showing the angle of attack from an x,y and z axises?
Click to expand...

The accident investigators will not do so until they release their report - if they have done it. 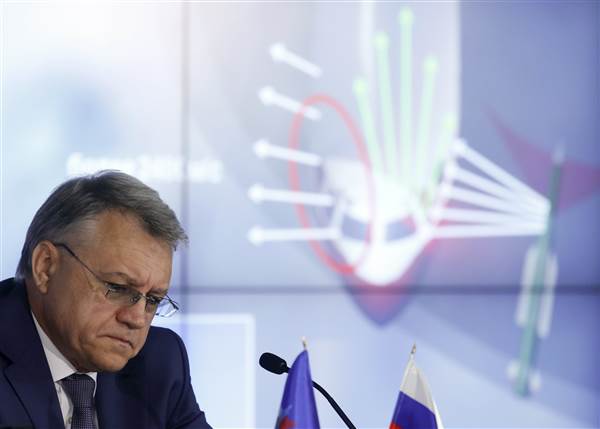 And animated it in the accompanying video, which doesn't appear to be on YT in its entirety - perhaps someone can find it.

However RT.com has uploaded their presentation of the announcement that has bits and pieces of it - starting from about 1 minute:

MikeC said:
However RT.com has uploaded their presentation of the announcement that has bits and pieces of it - starting from about 1 minute:
Click to expand...

I think I posted the whole presentation, and questions and answers here.https://www.metabunk.org/was-mh17-downed-by-a-buk-fired-from-zaroshens’kye.t6345/
You must log in or register to reply here.