The Metabunk KML tool takes one KML/KMZ file containing a Google Earth camera (and optionally some other stuff) and spits out a KMZ file that contains a variety of useful stuff. The initial intent of the tool was simply to show the view volume in Google Earth, to help understand what the viewer was looking at. This rapidly evolved as I just kept adding things, like various plane (eye level, horizon), and lines of sights. It continues to evolve and contains a few experimental outputs that will change over time. More will be added. 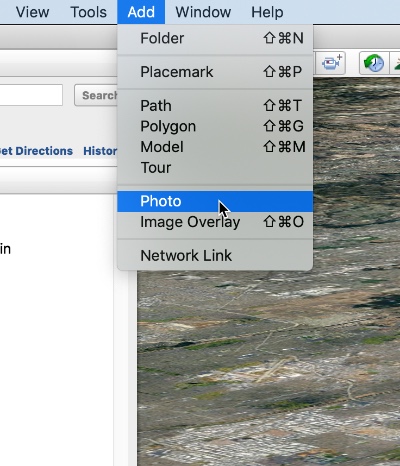 The purpose of adding a photo is to match up a photo in 3D, so you can duplicate the view in Google Earth. For example, the top image in this post is showing the camera that first this photo: 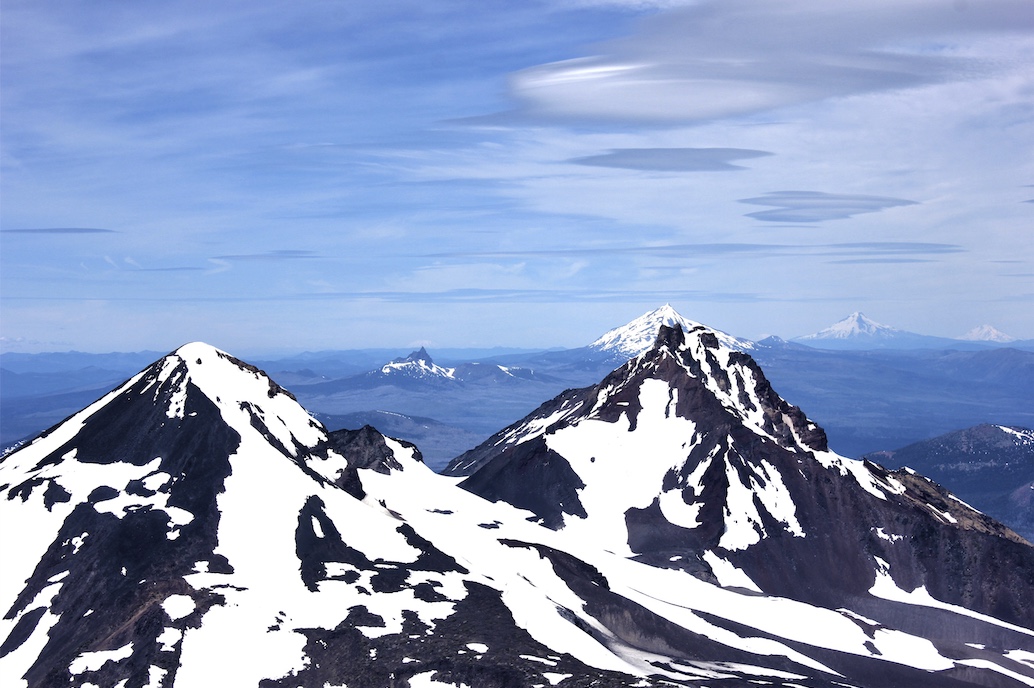 When to match this, you first find where the photo was taken from, and then position the camera in Google Earth there, pointing roughly in the right direction. You then "Add Photo" and you get a box like: 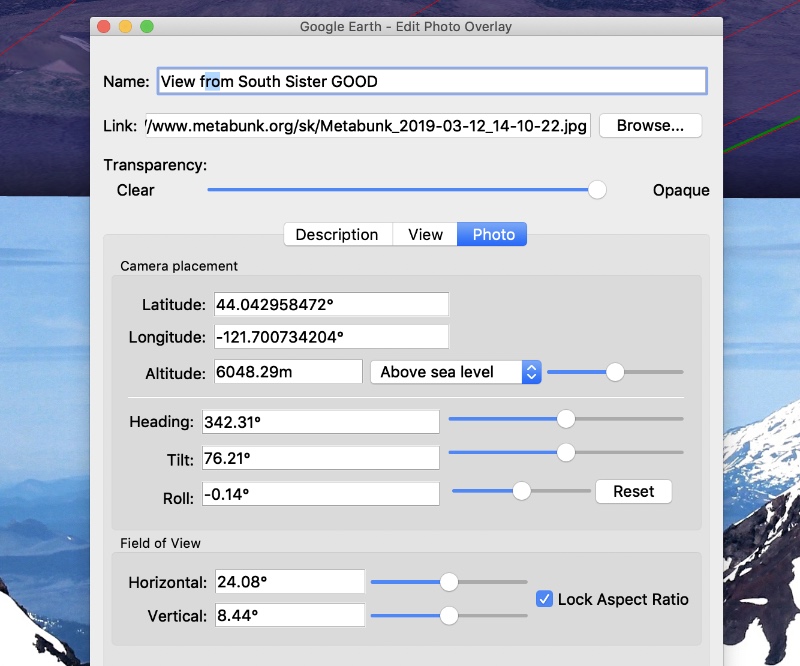 You'd normally then adjust the transparency, and adjust the heading, tilt, and FOV until the photo matches the Google Earth view. For the KML tool you need to set the height to "Above sea level" (sometimes you will have to toggle this to get it to stick). 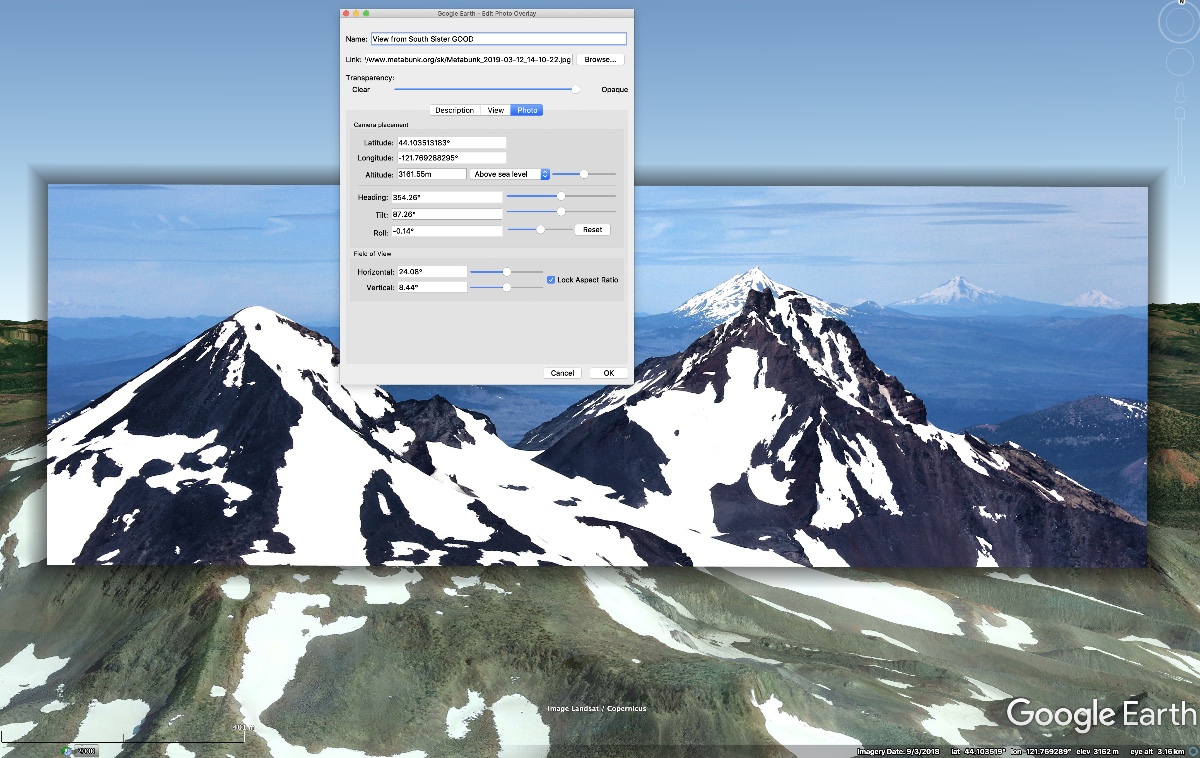 This gives you a "Place" with a camera icon, which you can then save, and load into the KML tool. 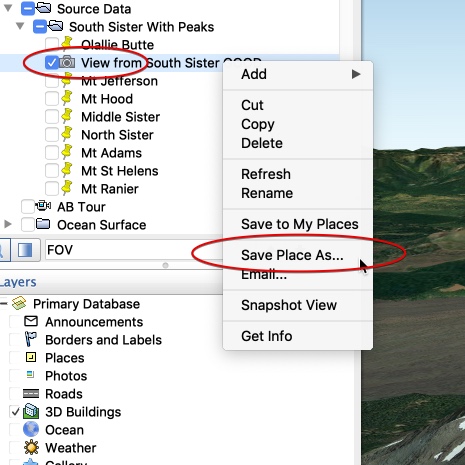 So just load it into the KML too, and it will spit out a KMZ file, which you can then load into Google Earth.

You can do this with just a single photo overlay (camera), but you get more options if you create a folder, put the camera inside this folder, and then add some placemarks. Like here, where I've added a placemark on the top of each peak in the view

And put them in a folder with the photo overlay (camera) 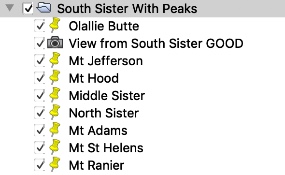 ​
This, in turn, spits out a folder of fun and useful stuff, some of which is switched off by default, and all is subject to change. 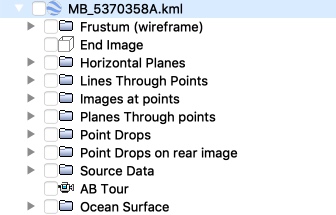 ​
You can turn these on to see what they are, and expand the sub folders for more options. But briefly:


It very much a work in progress, but I'm releasing it now as it might be useful to some people.
Last edited: Mar 27, 2019

The complicated stuff here is the translations between various coordinate systems. There are three that I use: LLA, ECEF, and ENU 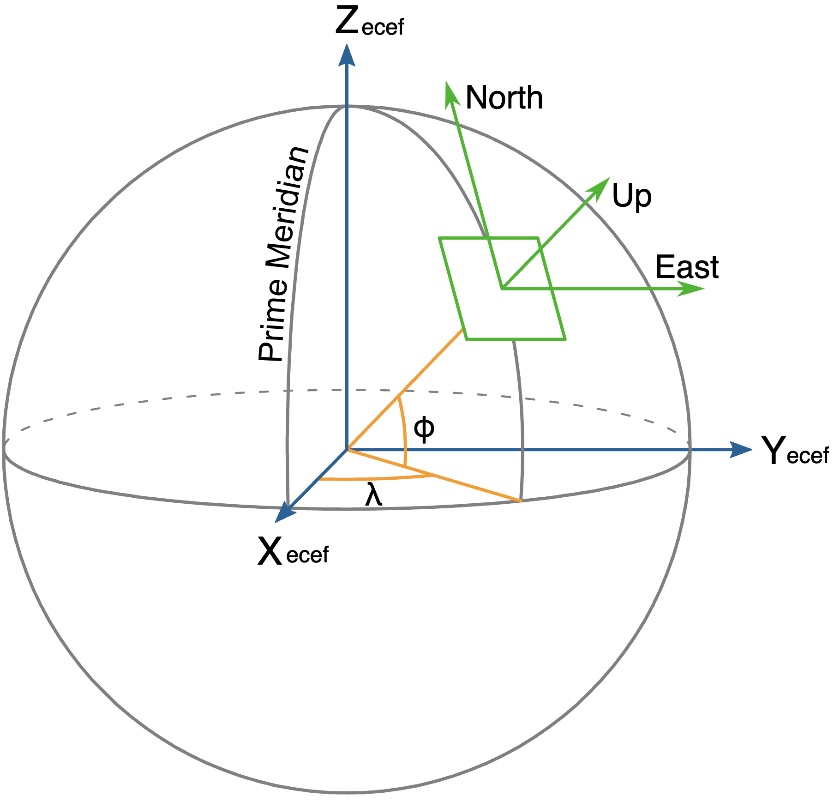 Google Earth uses Geodetic LLA, but you'll often find code that uses Geocentric LLA because it's simpler (and because people don't understand the difference). Currently, my code is using some geocentric calculations which I'll change to geodetic later. Converting ECEF to geodetic LLA is non-trivial, but so long as it's symmetrical the differences will be negligible.

ENU is used in generating 3D models at particular locations (the "end image" is a 3D model, and there's a test cube which will eventually be a flying UFO), and as an intermediate step in converting camera tilt and heading into ECEF. Here again, there may be some geocentric/geodetic overlap.
Last edited: Mar 27, 2019 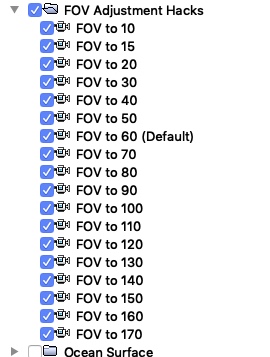 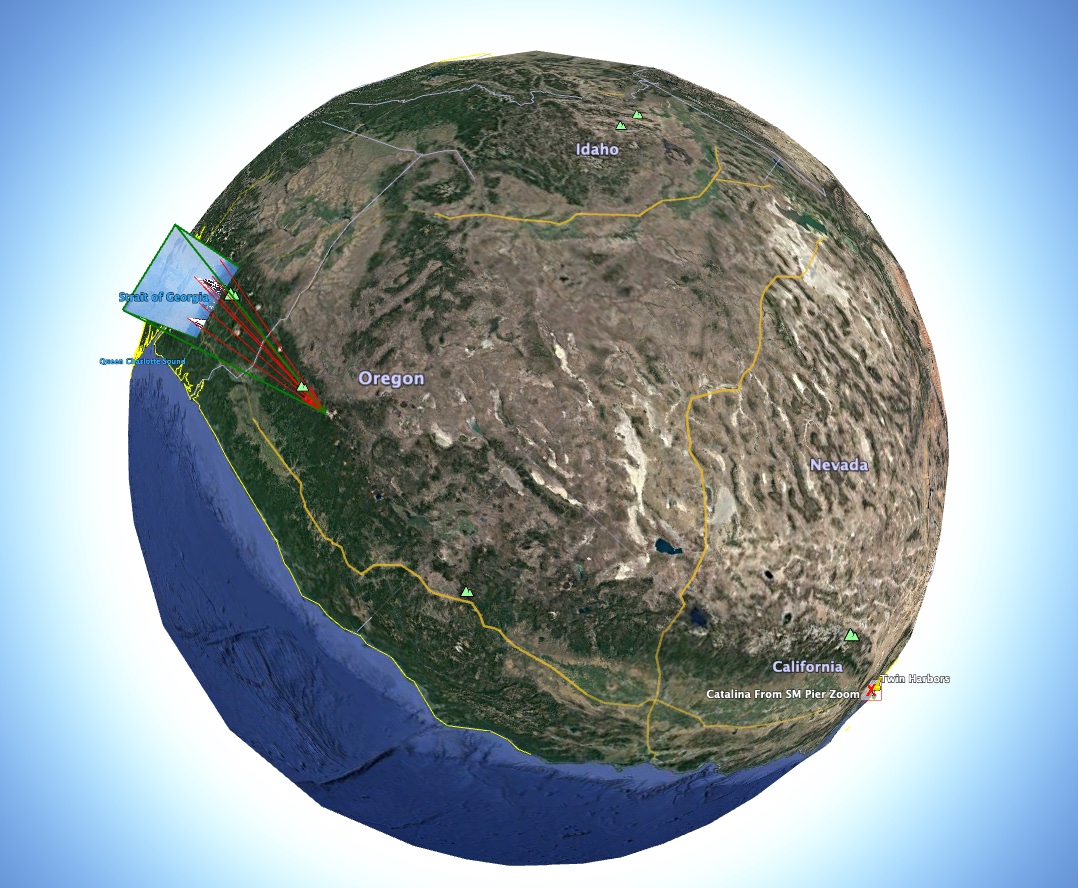 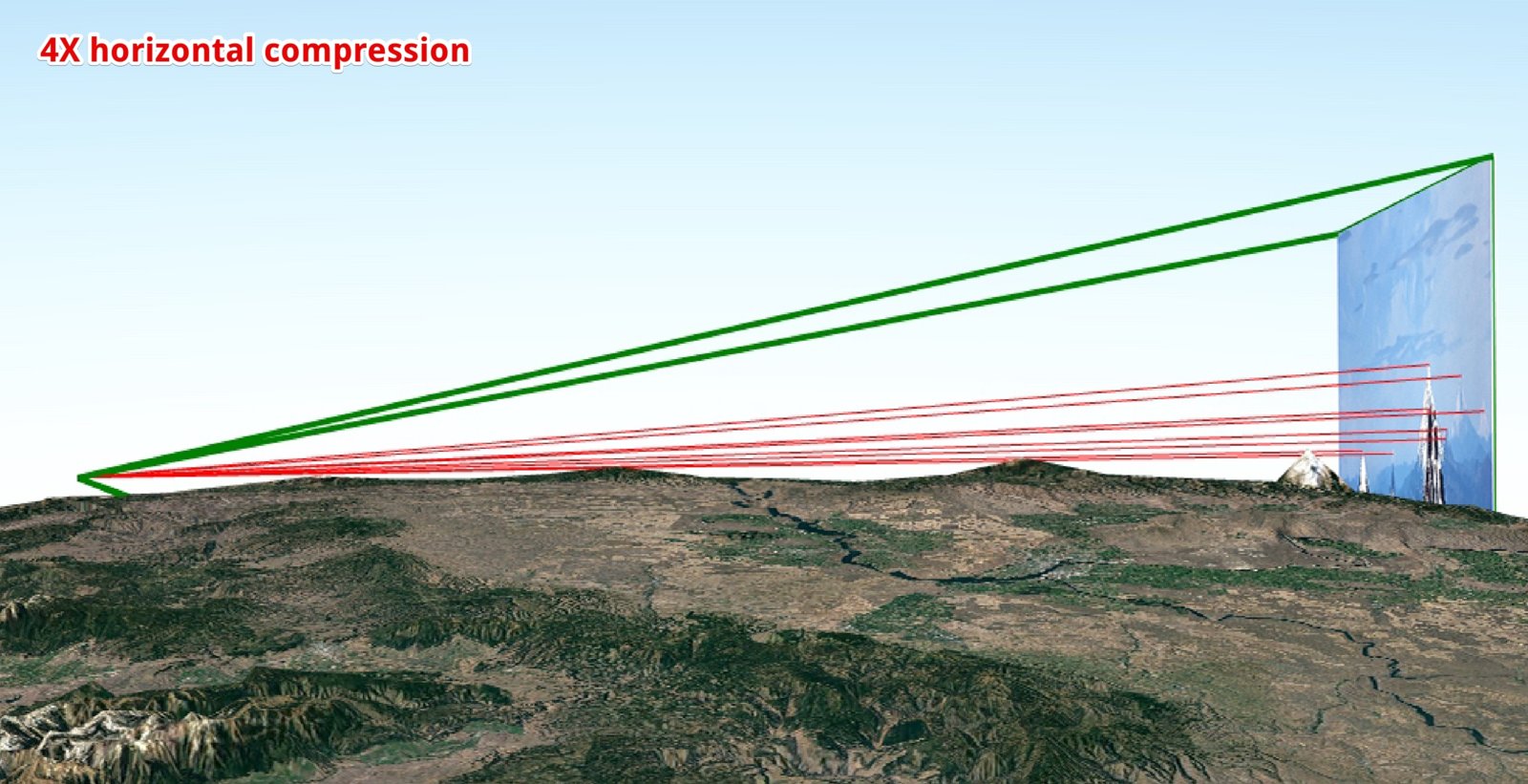 The idea was to position the camera sufficiently far away that it would resemble an orthographic projection. Unfortunately, GE stops rendering the mountains at some distance, or for some reason. Like here the sisters (near the camera on the left) do not show up.

The best way to screenshot it is to go into "Get Info" for the side view angle you want and then make the border transparent.

Staff member
Bit of a hack - manually zoomed in to make things appear, panned over to get five images, and let Photoshop stitch them. 5x horizontal compression.