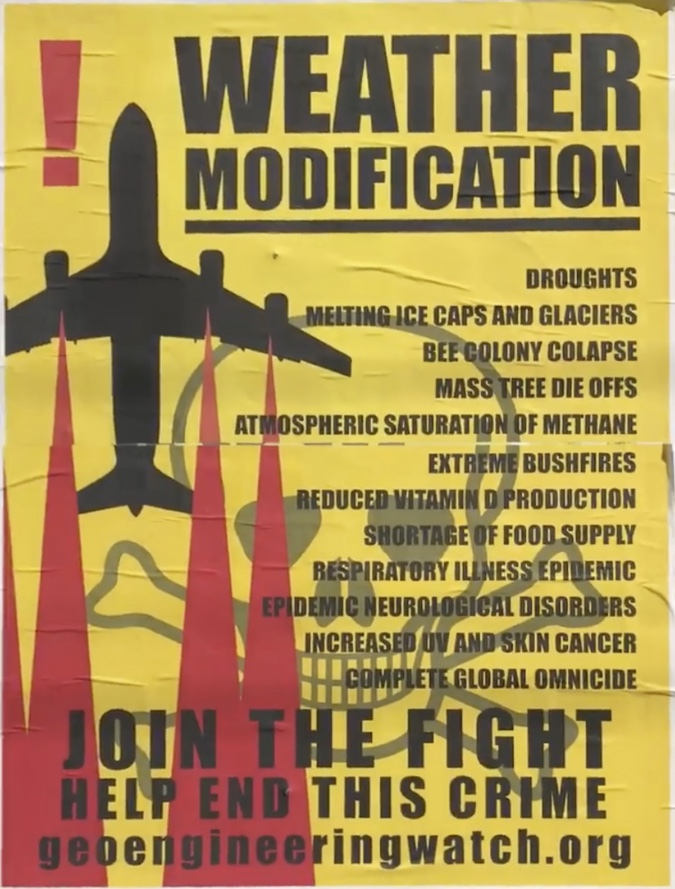 This poster is cropping up in various locations in Sydney. It's interesting because apparently there's a lot of them, and it's a design I've not seen before. Who might be behind this? Maybe PeeKay?

I'm wondering if there's going to be an uptick in chemtrail stuff. Note the line "Respiratory Illness Epidemic". That harkens back to claims that emergency rooms were overflowing because of "Chemtrails" back around 2000. Now, 20 years later, is that just the same old rhetoric, or has the coronavirus given it a new meaning?

Staff member
They apparently have been around a while, here's a mention of them in Richard Saunder's podcast from July 2018:
http://files.afu.se/Downloads/Trans...2018_e2ECqWk3YbQ - transcript (automated).txt

00:34:58,519 --> 00:35:05,269
now not to be outdone somebody else
presumably somebody else recently in the
inner west area of Sydney on railway
bridges and along roadsides plastered
over advertising posters for other
companies in this case Apple