Armored vehicles bearing the European Union (EU) flag were involved in the recent Paris riots, sparking conspiracy claims about an EU takeover. Although vehicles with these flags were present, they actually represented a very small contingent of French police that are part of an equally small EU force. These police remain under French jurisdiction and operational control despite their EU participation.

Infowarsreported this story on December 9th: 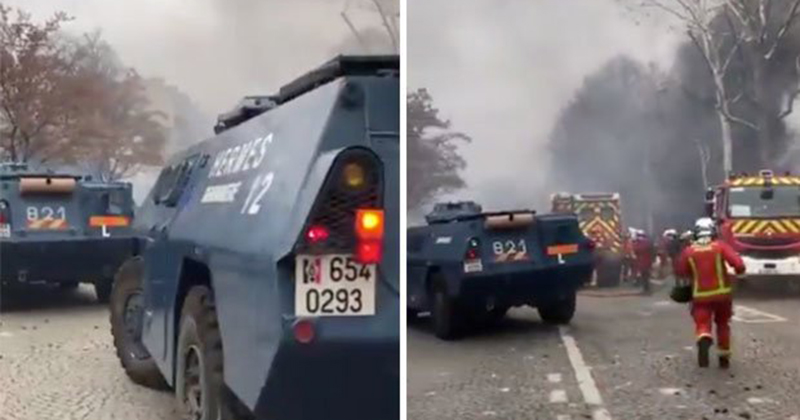 The story reminds me of UN vehicle sightings that periodically pop up in the United States. The implication is that a large army outside the control of the people or their national government is taking over. 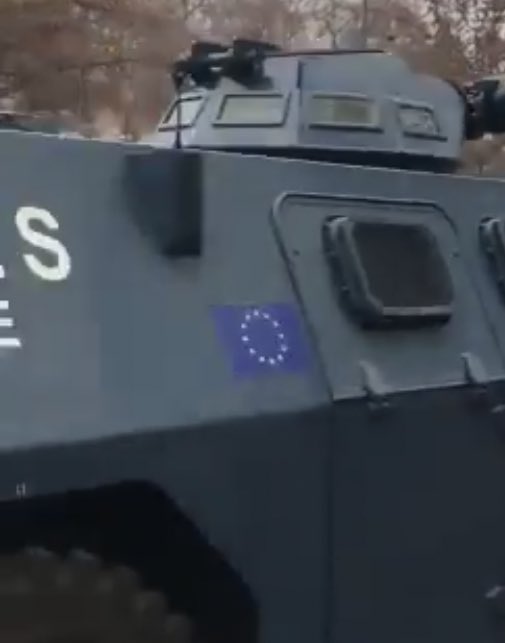 
The National Gendarmerie (French: Gendarmerie nationaleis one of two national policeforces of France, along with the National Police. It is a branch of the French Armed Forces placed under the jurisdiction of the Ministry of the Interior—with additional duties to the Ministry of Defense. Its area of responsibility includes smaller towns, rural and suburban areas, while the Police Nationale—a civilian force—is in charge of cities and downtowns. Due to its military status, the Gendarmerie also fulfills a range of military and defense missions

A December 7th article from the Brussels Times offers some good details on the issue as a whole:


As announced by the Prime Minister, 12 gendarmerie armoured vehicles (“VBRG”) will also be deployed in the capital. In total, 89,000 police and gendarmes will be mobilised on Saturday across France, of which 8,000 will be within the Paris region.

So, the vehicles in question are small in number and under control of the French police.

So, where does the European Union come in?

Europe has been attempting to coordinate its military forces under the EU for collective security in the recent past. This effort supplements NATO, which has been around since 1949.

Germany, for example, has incorporated individual units from the Czech Republic and Romania into the Bundeswehr
https://foreignpolicy.com/2017/05/22/germany-is-quietly-building-a-european-army-under-its-command/

However, it is important to understand that these combinations of forces are being used to compensate for underfunded military defense.

The EU has also begun a number of programs that include police forces in Europe. This includes EUROPOL and the European Gendarmerie Force. France is a member of both of these organizations.
https://www.europol.europa.eu
https://en.wikipedia.org/wiki/European_Gendarmerie_Force

From what I could gather, the European Gendarmerie Force is small (about 1,000 permanent personnel) and primarily focused on overseas assistance missions.

European police units contribute to EU security, but are under the jurisdiction and control of their host countries, as is the case with the French Gendarmerie. They might share insignia with the EU, but they are not “owned” by the European Union.

I have seen them also described as 'tanks' by the misinformed.
You must log in or register to reply here.