I looked up earlier today, and I noticed these really unusual contrails. There were curves, and circles, with trails going horizon to horizon. It was very impressive, and I'm sure the chemtrail folk were thinking the worst. 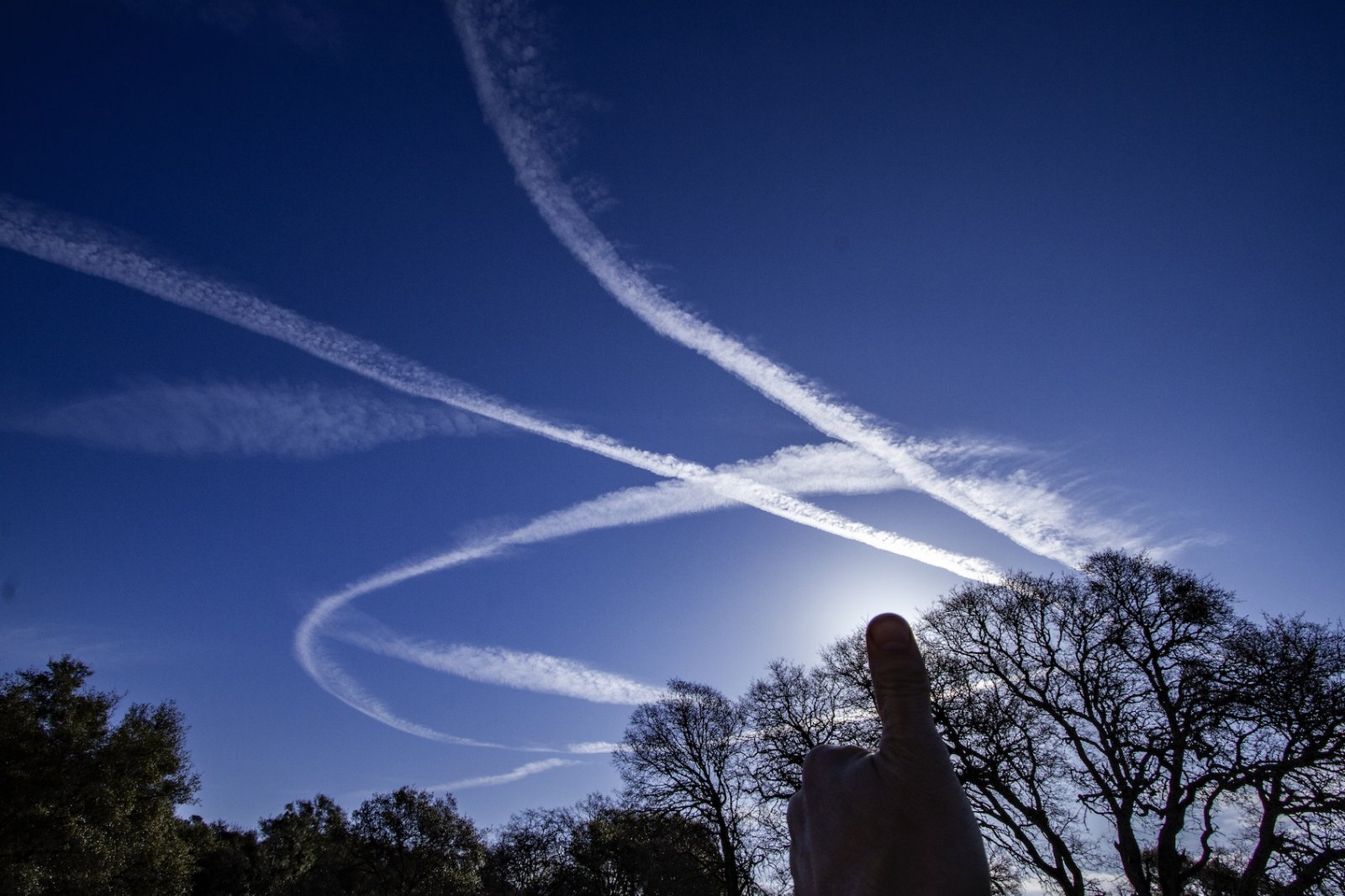 So, I immediately hopped on FlightRadar24 to try to figure out what was going on. I quickly narrowed it down to Alaskan flight 2862 from Everett in Washington to Los Angeles. For some reason it flew a couple of 360s over Sacramento. 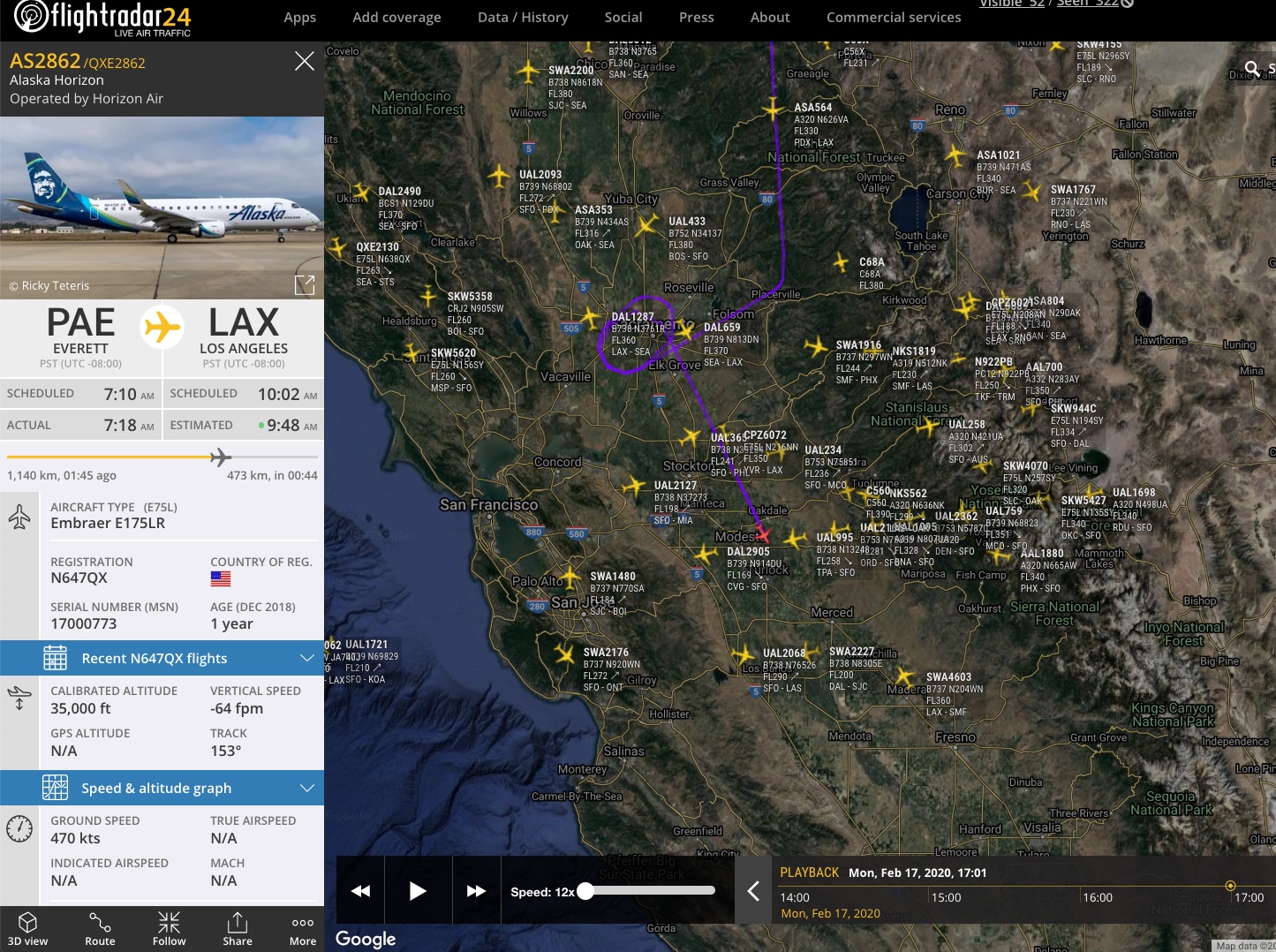 But that wasn't all. I zoomed out a bit to make an animation of this happened, and I was rather surprised to see there were SCORES of planes in holding patterns, all of them heading for LAX, and a lot of them at high altitude. 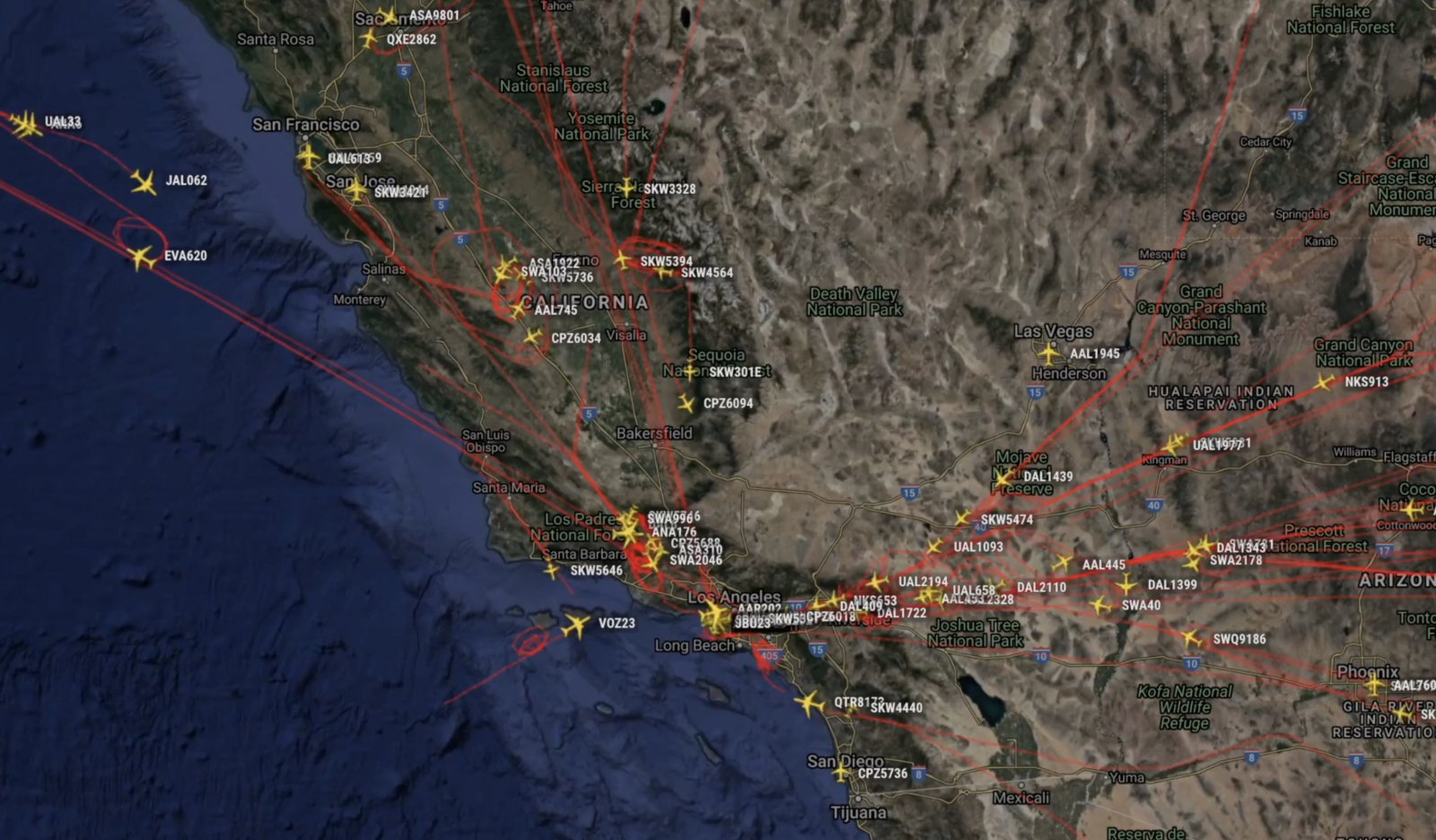 I contacted an ATC friend, and he told me that LAX had a "ground stop" because they were socked in with fog. This lasted around 30-45 minutes, and then everyone continued.

I then hopped on the GOES-17 viewer and looked at the playback. Sure enough, there was my contrail. It's not actually visible where it formed, as it's too thin. But as it drifted and spread you could see it from space. 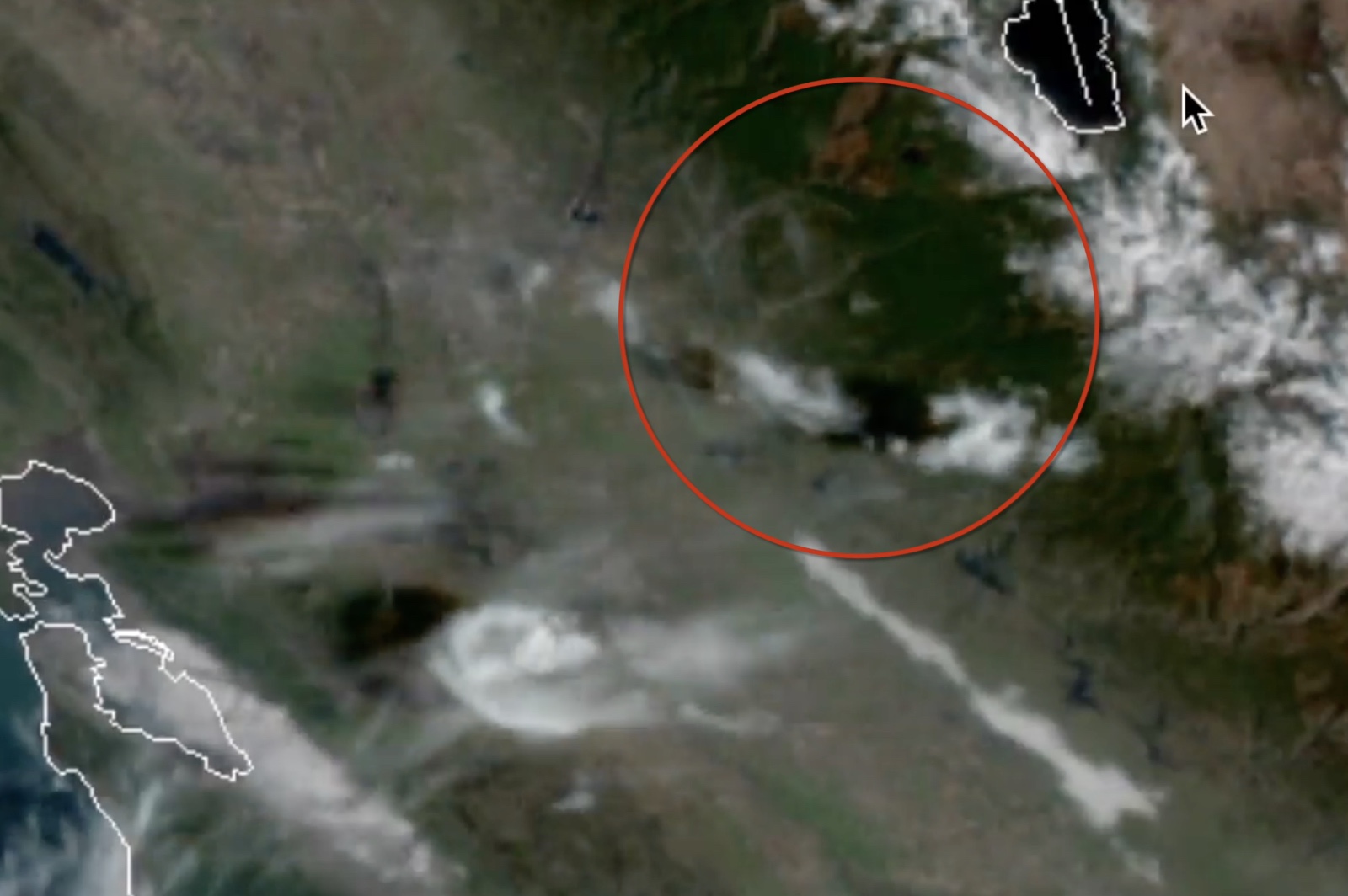 Administrator · From Sacramento
See:
https://www.metabunk.org/threads/about-metabunk.1966/
Staff member
On Feb 17th, President Trump made a visit to LA.
From my balcony near LAX, I saw four Osprey military aircraft in formation, which made their way into obvious LAX airspace and landed there.
If Trump was in one of those, or they were part of his airspace escort, one could assume that incoming and outgoing LAX airliner traffic would need to be "held" for a short time.
It was quite exciting and unusual to see.
It seemed a clear day, and no fog.

I did not see "Marine One" in that formation, but others did.....
Source: https://youtu.be/MBupsTEFvFg
Last edited: Mar 4, 2020
You must log in or register to reply here.