CLAIM: "air at altitude doesn't deviate much statewide at any given time"

Aside from the false chem/con claim, this chap has some questions that need answering it seems. Can't find any reference to ultramedia on the forum, but doubt this is more than a reblog.

This picture of a chemtrail (top) and a normal contrail (just underneath) was taken in Phoenix in January of 2002. It is not a retouched photograph. The two trails were visible at the same time, and the two planes are at roughly the same altitude. Notice that the "chemtrail" starts directly from the horizontal stabilizer(top inset), and the "contrail" starts approximately 1 wing width behind the airplane (bottom inset).


It also states, "Typically, contrails become visible within roughly a wingspan distance behind the aircraft."


Since even the NOAA and EPA admit that persistent contrails require a relative humidity of 70% or more, how is it that on the day this picture was taken, the maximum humidity at altitude was only 45%?


I get my air mass data from http://weather.uwyo.edu/upperair/sounding.html which launches weather balloons and posts the temperature, wind data, and relative humidity at 5am and 5pm daily over Tucson and Flagstaff in Arizona. Phoenix is halfway in between, and the air at altitude doesn't deviate much statewide at any given time.

You can check the daily soundings across the USA at this site - including Tuscon and Flagstaff.

note that these graphs show dewpoint as the left line, and temperature as the right one, and the distance between the 2 represents relative humidity at that altitude - if they were the same then RH would be 100%

Looking at those 2 today there is plenty of variation across the state - Flagstaff has high RH from 7400-9400m, Tuscon only for a narrow band just below 6600m:
Tuscon:

There is also a rather complex system that may provide information at the Earth Systems Research Laboratory that potentially has data back to 1948, but I haven't been able to get it to work for humidity

Staff member
The problem with the radiosonde data is that it's very inaccurate from most site, exhibiting a significan dry bias at higher altitudes, and often not measuring humidity at all at temperatures below -40F. So the data from those soundings is often pretty useless.

As for the claim "air at altitude doesn't deviate much statewide at any given time", that is false. Humidity deviates as much as clouds deviate. A natural cloud is simply the air made visible by humidity being above 100%. So the variation in clouds indicates the variation in humidity.

When there are no clouds it does not mean there is no variation in humidity, it just means it's all under 100%. The variation is still there, like invisible clouds.

A better way of looking at it is the water vapor satellite products, which use wavelengths sensitive to water vapor, and mostly measure upper atmosphere vapor:
http://www.weather.gov/satellite#wv

You can see it varies quite a bit statewide. 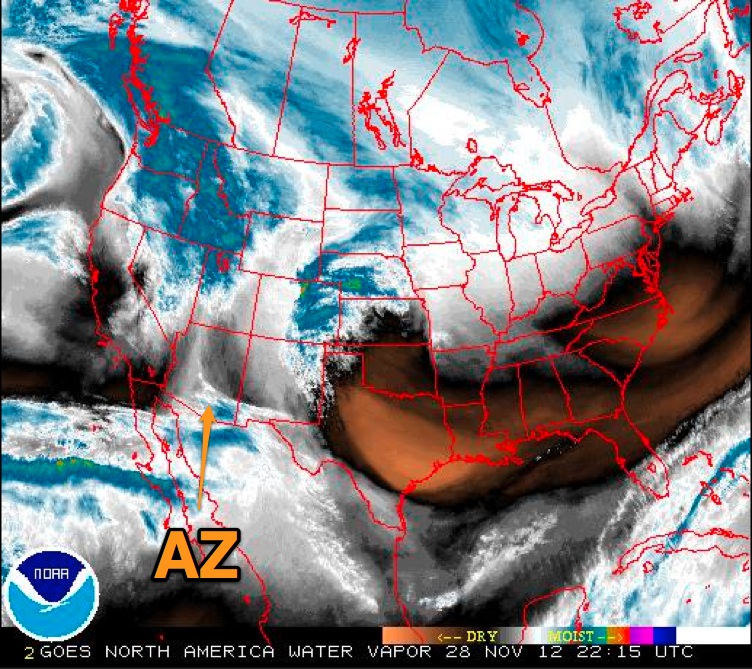 But more interestingly, click on the "View loop: 24 hours" there to see just how much it varies over 24 hours, and how the variance can go in multiple directions.

The ultramedia page contrails factsheet link doesn't work, but this one does.

The full quote is:

Contrails are line-shaped clouds or “condensation trails,” composed of ice particles, that
are visible behind jet aircraft engines, typically at cruise altitudes in the upper atmosphere1.
Contrails have been a normal effect of jet aviation since its earliest days.
Depending on the temperature and the amount of moisture in the air at the aircraft altitude, contrails
evaporate quickly (if the humidity is low) or persist and grow (if the humidity is high). Jet
engine exhaust provides only a small portion of the water that forms ice in persistent contrails.
Persistent contrails are mainly composed of water naturally present along the aircraft flight path.
Click to expand...

So, the article used less than the full context in quoting (strike one)

The image is claimed to show two planes in the same frame at "roughly the same altitude".
Sorry, when you are dealing with the atmosphere, even in Arizona, "roughly" just doesn't cut it.

1937, Ansel Adams photo in the NYC Metropolitan Museum of Art: 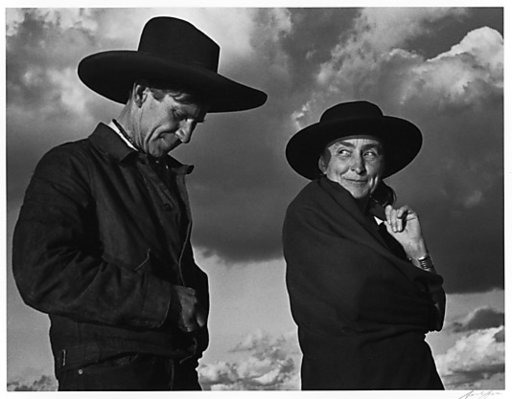 Maybe the site doesn't like my logic?
I'm not going to let that bother my head one bit. 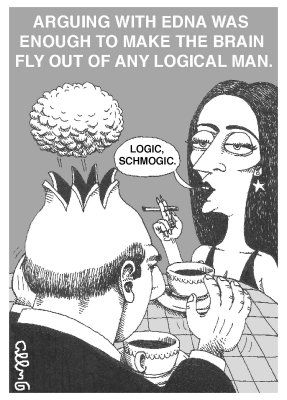