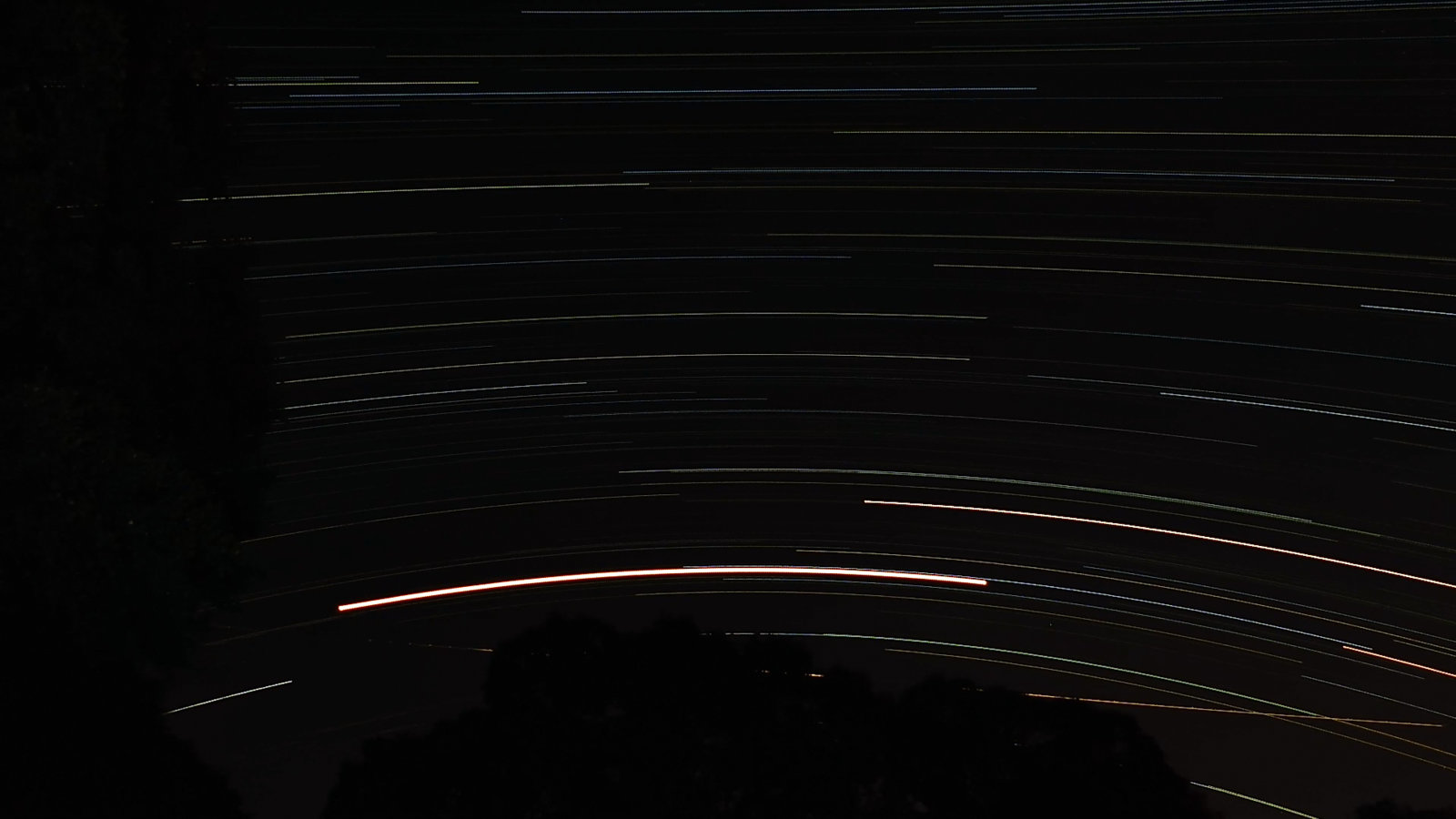 The above image is mostly star trails, looking south (you can see the curve around the southern celestial pole. But what caught my eye was the streak of light going behind the trees.

Now at first I was convinced it was a meteor - it's Persid season after all. And the trail starts bright and then flickers out. However the streak formed over two frames, which were both 25 second exposures with a short gap in-between. The meant it was probably moving relatively slow. So then I though of space junk.

To get a better look I isolated the trail to get more detail.

Then it becomes clear it's some kind of aircraft. As it fades out there's a series of regular spaced flashes

And back near the start there's a similar sequence.

And we can see it did actually start abruptly, meaning it was there for the entire first frame, 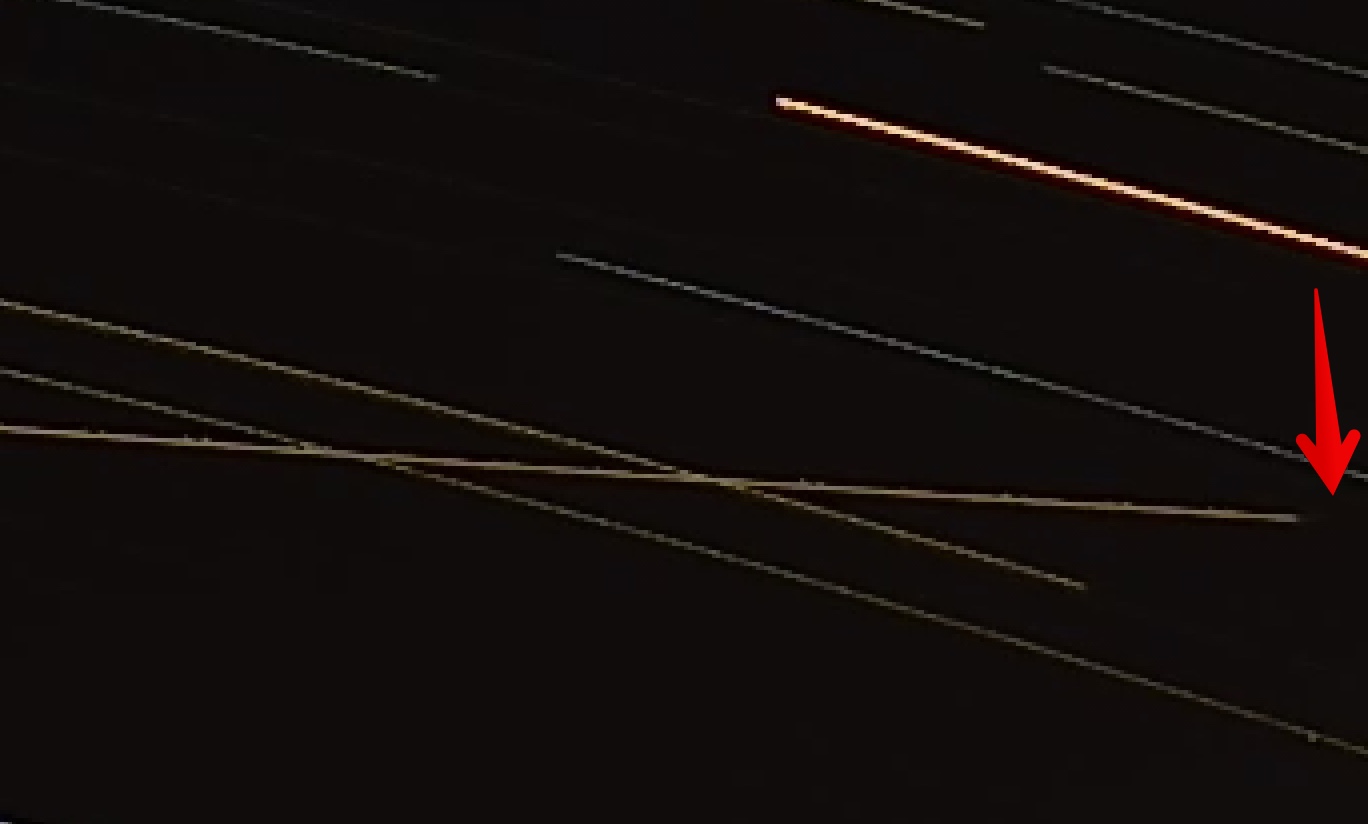 It took over two full frames, so it took around a minute to cross the field of view.

So ultimately a banal explanation - just a plane flying from west to east. As the angle changes the main light becomes less and less visible, then is hidden by the body of the plane. A bit boring, but it goes to show you should always check your initial assumptions. I was initially convinced it was a meteor or space junk by the way the trail faded out.

What do you think the regularly spaced flashes are?

Navigation strobes. This is almost certainly not the type of aircraft in the image, though.

Have you made any attempt to identify the aircraft, Mick?
You must log in or register to reply here.

A
Geometry question about the radius of star trails