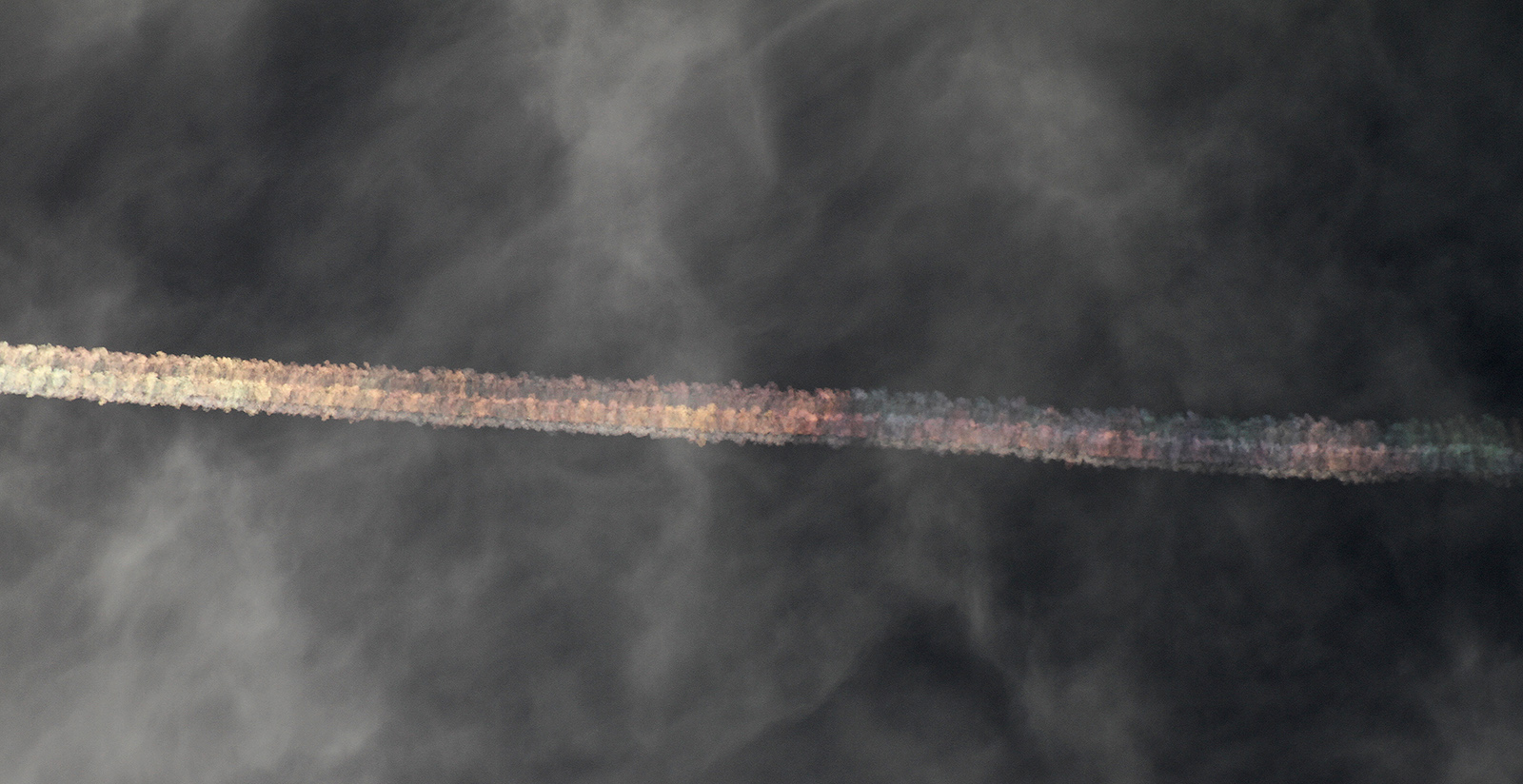 I took this photo at 3:36 PM, Aug 25, 2015. The plane had just flown past the sun when I noticed this small region of interesting colors in the trail it left. 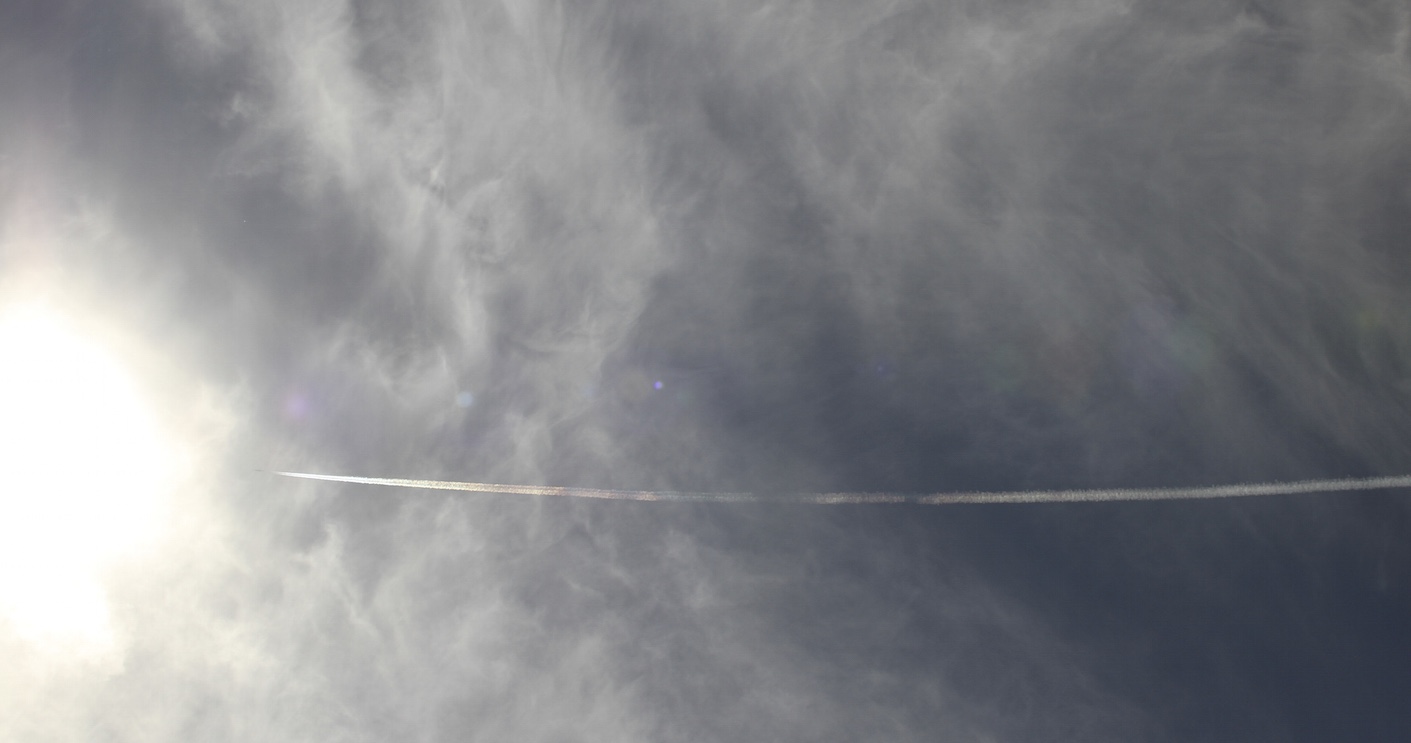 Here you can see the position of the colors relative to the sun. This was a couple of seconds earlier, and the plane is still visible. I was trying hard not to blind myself by looking at the sun though my 500mm lens.

I took an iPhone shot to get a wider perspective. At this point the plane was well past the sun, and there was a similar band of colors on the other side. 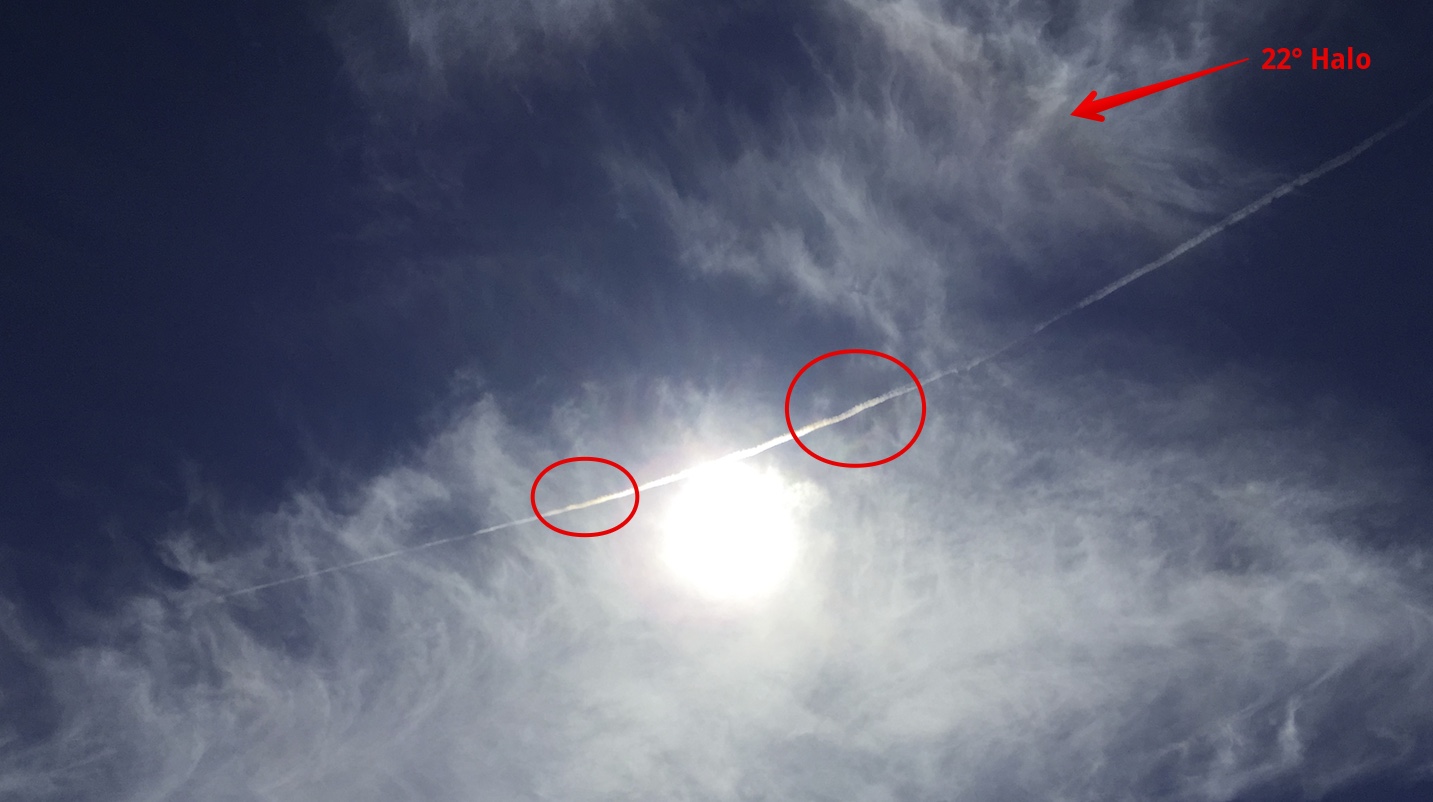 What's interesting is just how far the colors are inside the 22° halo. That's because this is not a refraction phenomena like the halo, where the light is bent inside tiny ice crystals, instead it's a diffraction phenomena, where light is scattered by very small particles. I think this is a essentially a portion of a corona. 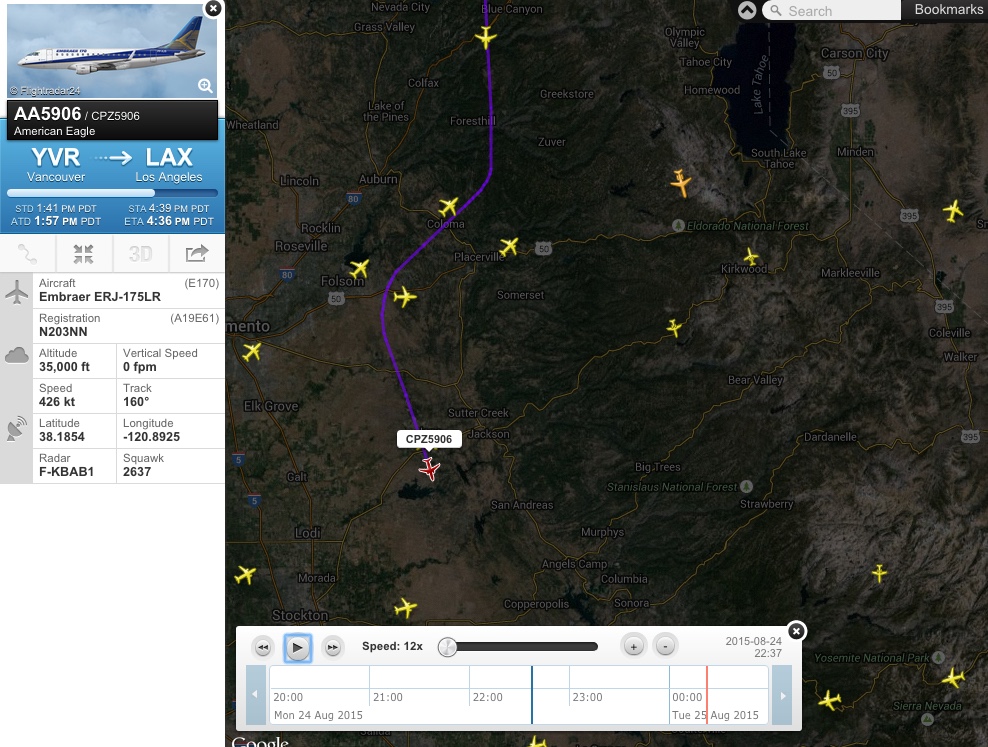 Here's a photo I took before it got too close to the sun. The inset photo is of the same plane (N203NN), and you can see the flag tail in my photo.

It would have passed to the east of me, and been much less interesting, had it not done an S-turn for some reason. Possibly to avoid this Alaska CRJ that was heading straight for it. 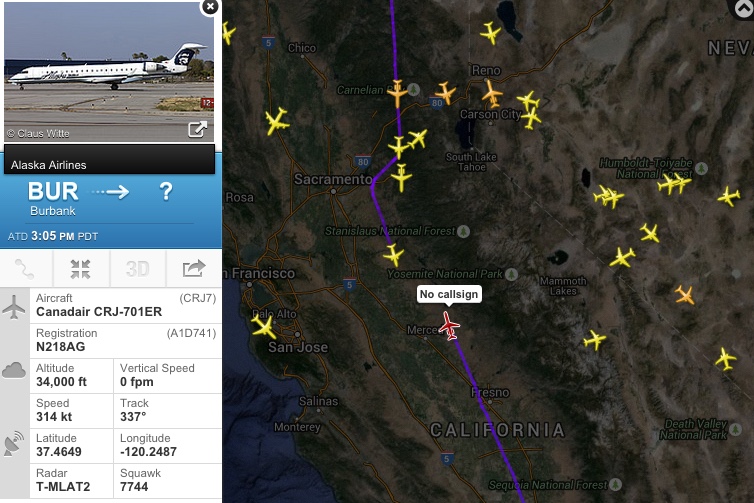 The first turn is visible here: 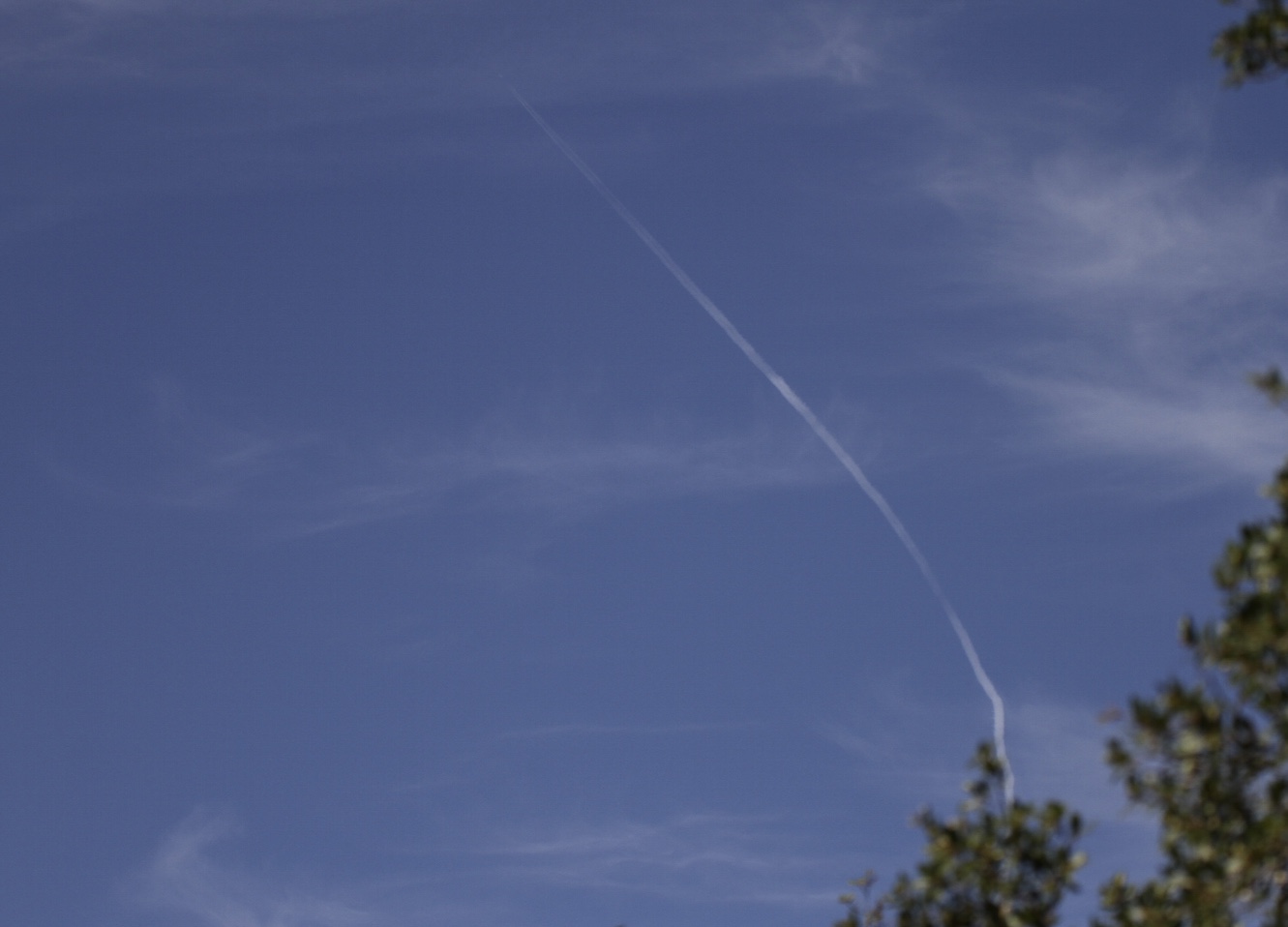 Interestingly even though the second turn is just as sharp as the first, it looks very smooth from the ground, as there is no major perspective foreshortening on the second curve from my vantage point.
Last edited: Aug 25, 2015

Mick West said:
I took this photo at 3:36 PM, Aug 25, 2015. The plane had just flown past the sun when I noticed this small region of interesting colors in the trail it left.
Click to expand...

Nice catch!
You must log in or register to reply here.