Saw this mentioned by somebody in Mick's Twitter timeline and thought it'd be worthy of a thread as it seems to be a rather popular sighting.


I'm fairly certain they're Chilean Air Force trainers, ie the slow, piston-driven T-35 Pillan, coming in for landing at Santiago International (there is a military detachment there as well), or at El Bosque (their actual home base, on the outskirts of Santiago). A look at Google Maps show about 20 of them parked at the latter.

The domed structure that can be seen from about 2:10 in is almost certainly Palacio Elguin, on Libertador Bernando O'Higgins avenue. Difficult to make out the filming location and/or direction though.

I discovered a reference elsewhere to "identical" UFOs being seen in December the previous year (2014), during the same week to boot:

This UFO event is not unknown to Santiago, but is actually a yearly thing, when fleets of UFOs leave the underground base in the mountains along Santiago.
Click to expand...

https://www.ufosightingsdaily.com/2015/12/ufo-fleet-over-santiago-chile-leave.html
Unfortunately the video link to the previous instance is now dead.

So, some Chilean Air Force annual exercise or holiday-related performance? The Swedish Air Force performs a few "Christmas tree" flights every December here, with fighter jets in a festive formation, so stuff like that does happen.

Before posting this thread, I searched MetaBunk for "Chile" and saw that the forum received a Chilean member rather recently, so perhaps @KanonLucas could provide some additional research/insight, to test this idea.
Last edited: Jan 2, 2022

I agree on the idea of them being Air Force training and formation flying. I found a recent entry on reddit LINK, where it was not Chile but France. They look very much identical, you can make out the grouped (5-7) planes have circular flight paths.

gargamel said:
The domed structure that can be seen from about 2:10 in is almost certainly Palacio Elguin, on Libertador Bernando O'Higgins avenue. Difficult to make out the filming location and/or direction though.
Click to expand...

The first domed structure visible in the very beginning is Palacio Larraín Mancheño, and the highrise to the left is Cienfuegos 230/Agustinas 1901, whichever is correct (they look the same but one probably obscures the other from that angle, and Google's street addresses confuse me)

That probably puts the people filming on one of the upper floors of Huérfanos 1977, or in a highrise slightly further back (north) such as Catedral 2035. Bit difficult to tell given bad lighting and FOV/zoom, but it's probably possible to triangulate with some extra effort.

...What is entirely certain is that they are in that general area based on the landmarks in view, and that they are filming south, which happens to be directly towards the El Bosque airbase, where these trainers happen to be based... Later, they pan a bit towards the southwest (which is where the Palacio Elguin cupola comes into view).

Enough geolocating for me now, I need a beer.

All that's left is to dig through the Chilean Air Force's rather informative Facebook feed, I guess... Will take a look later. Is it possible to skip two hours of scrolling to get to 6 years ago?
https://www.facebook.com/FuerzaAereadeChile/

gargamel said:
What is entirely certain is that they are in that general area based on the landmarks in view, and that they are filming south, which happens to be directly towards the El Bosque airbase, where these trainers happen to be based
Click to expand...

Not only that, it's also a training area for the Halcones, the Chilean Air Force's aerobatics team ('halcones' meaning 'hawks' or 'falcons' in Spanish). They used to fly Extra 300L's until recently, this appears to be a video of their final outing from May 31, 2021. They then switched to another model.

You can also spot several recent HALCON callsign at the airport - https://flightaware.com/live/airport/SCBQ/arrivals
The flightpaths look like they do all sorts of crazy stuff there, this is only the most recent one: 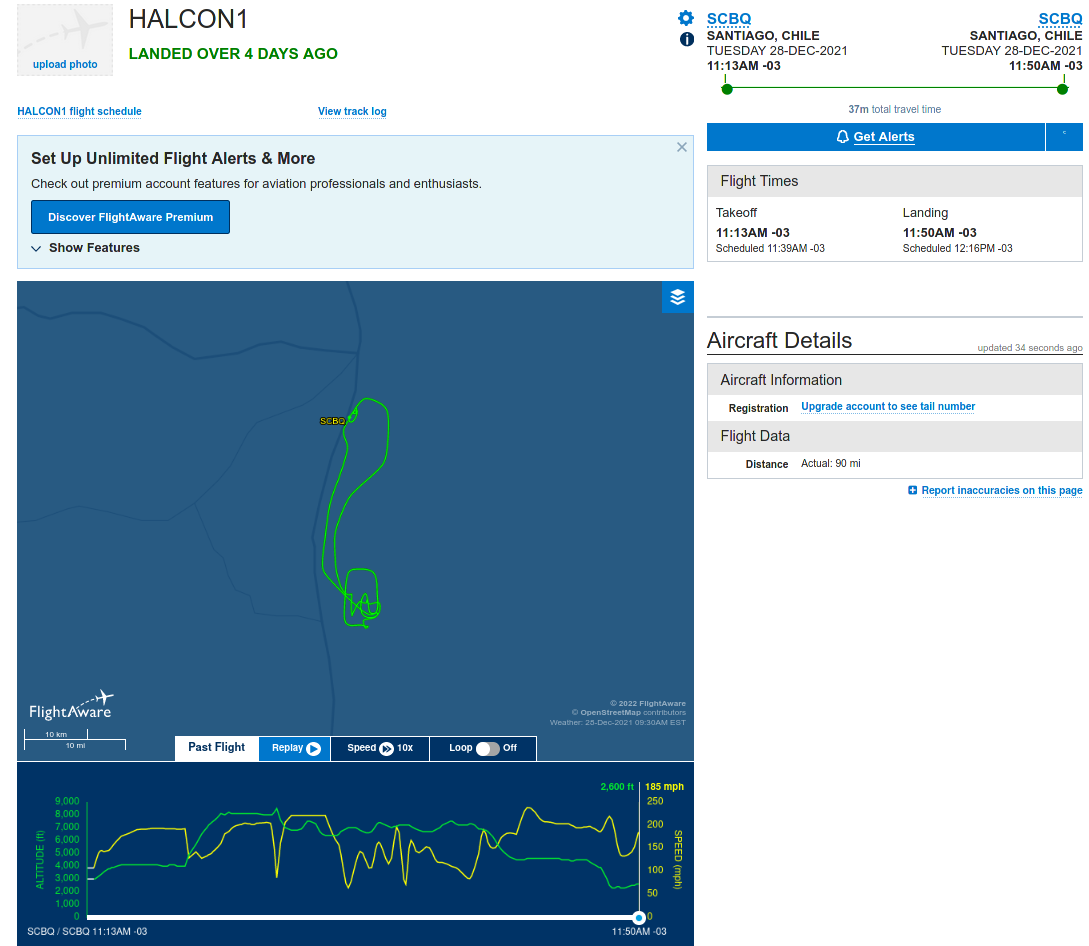 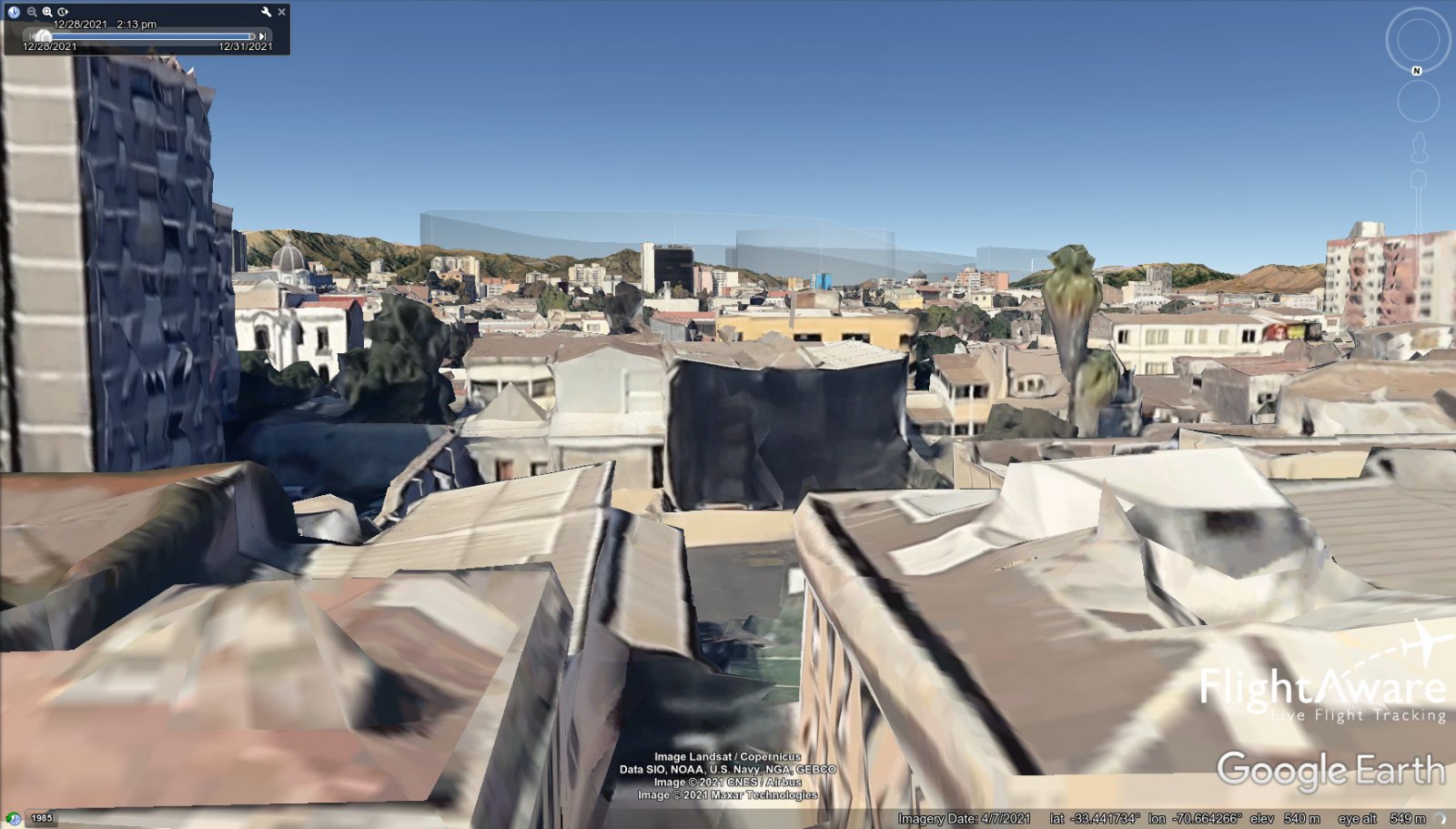 Old known case exposed many times. I'd like to add this video:

But they all have a lot in common (location, actual culprit) so while being different "cases" over a span of years, they're ultimately about the same-ish thing. It's good to have a reference to go back to in case it crops up again in UFO circles, which it will.
You must log in or register to reply here.