Two Contrails, One Gap. How side-by-side contrails can differ 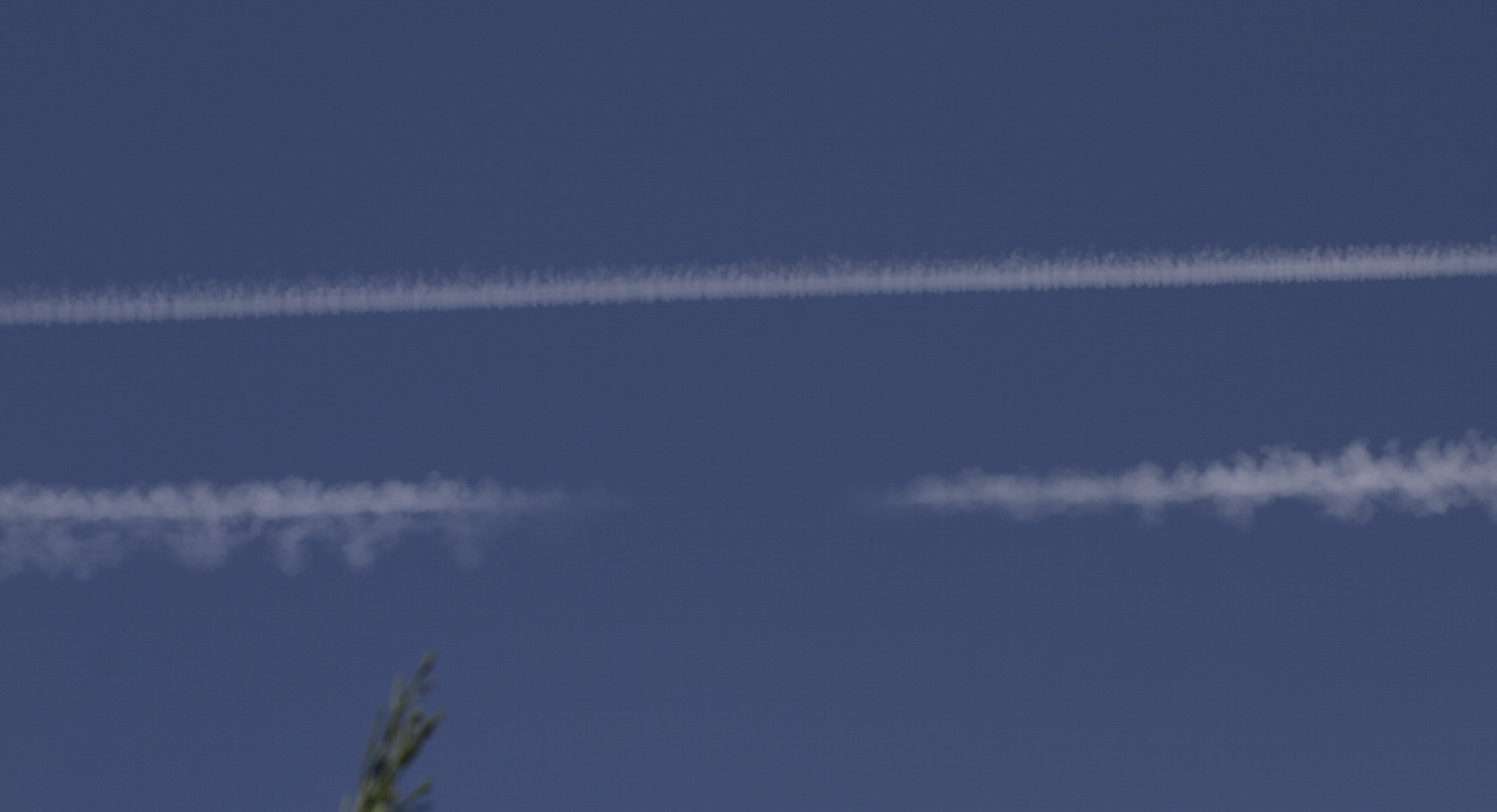 The above image shows two parallel contrails, the one that is lower in the image is showing a gap. I took the photo because I though the second trail (just 20 seconds or so old) might also develop a gap in the same spot. But as it happened, it did not. The gap persisted, and no new cap was formed.

So why would two contrails so seemingly close develop so differently?

Well for one thing, the trails are not as close as they might appear, even just visually. The plane that made the top image was still visible, so I photographed that: 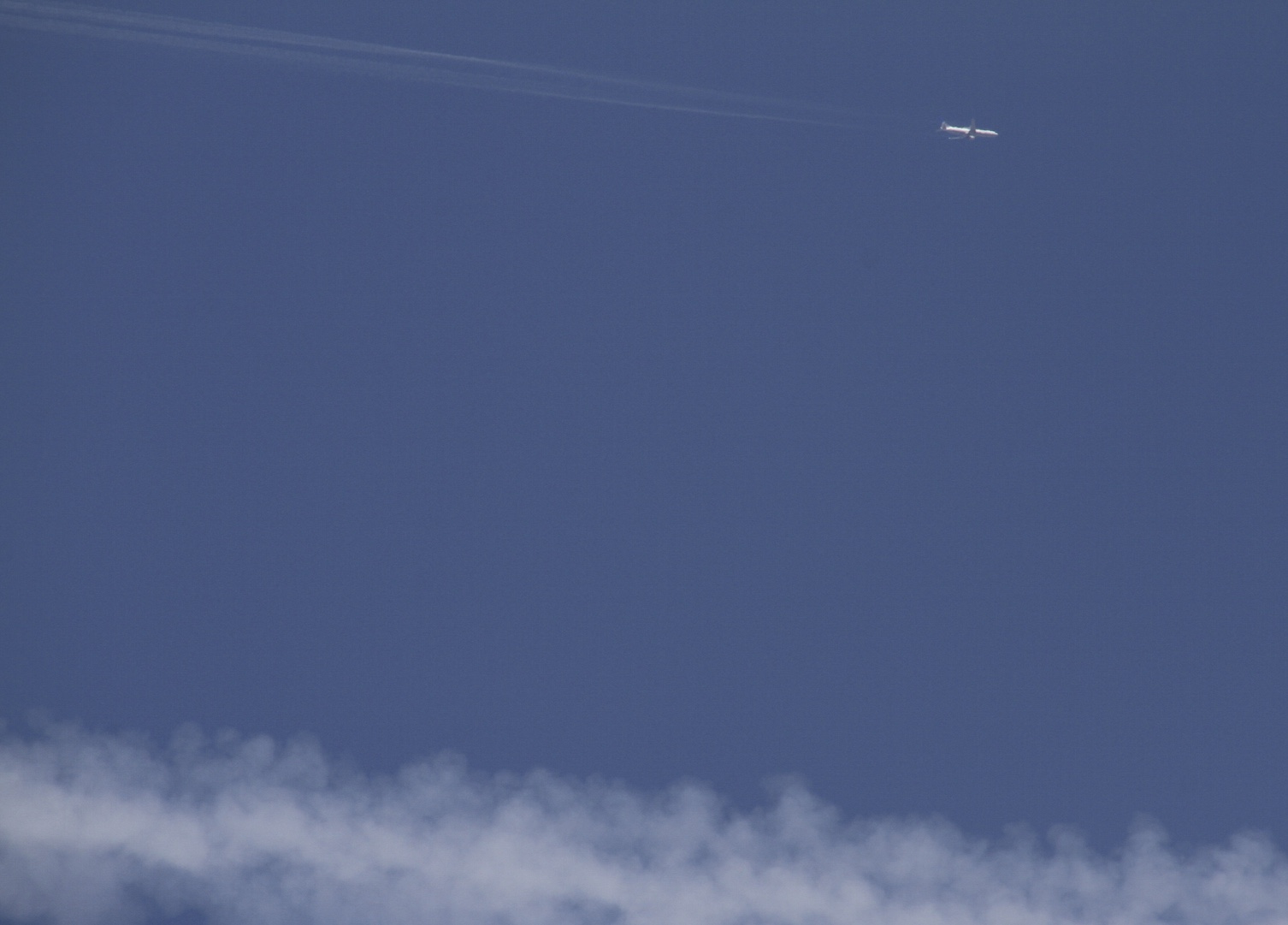 So it's quite a distance from the "lower" trail, but where are they exactly? The photo was taken at 12:39 PDT, on Aug 10th 2015. 12:39 PDT is 19:39 UTC, and we can use FlightRadar24 to see what was in the air at that time. The planes were flying east, just to the north of Shingle Springs, CA. The second plane was noticeably a United plane: 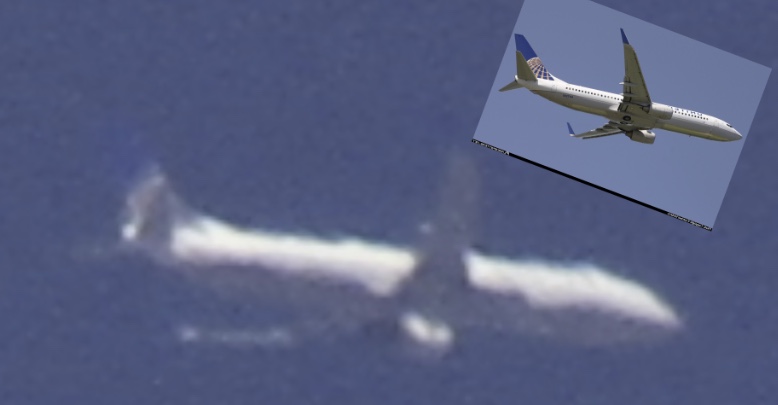 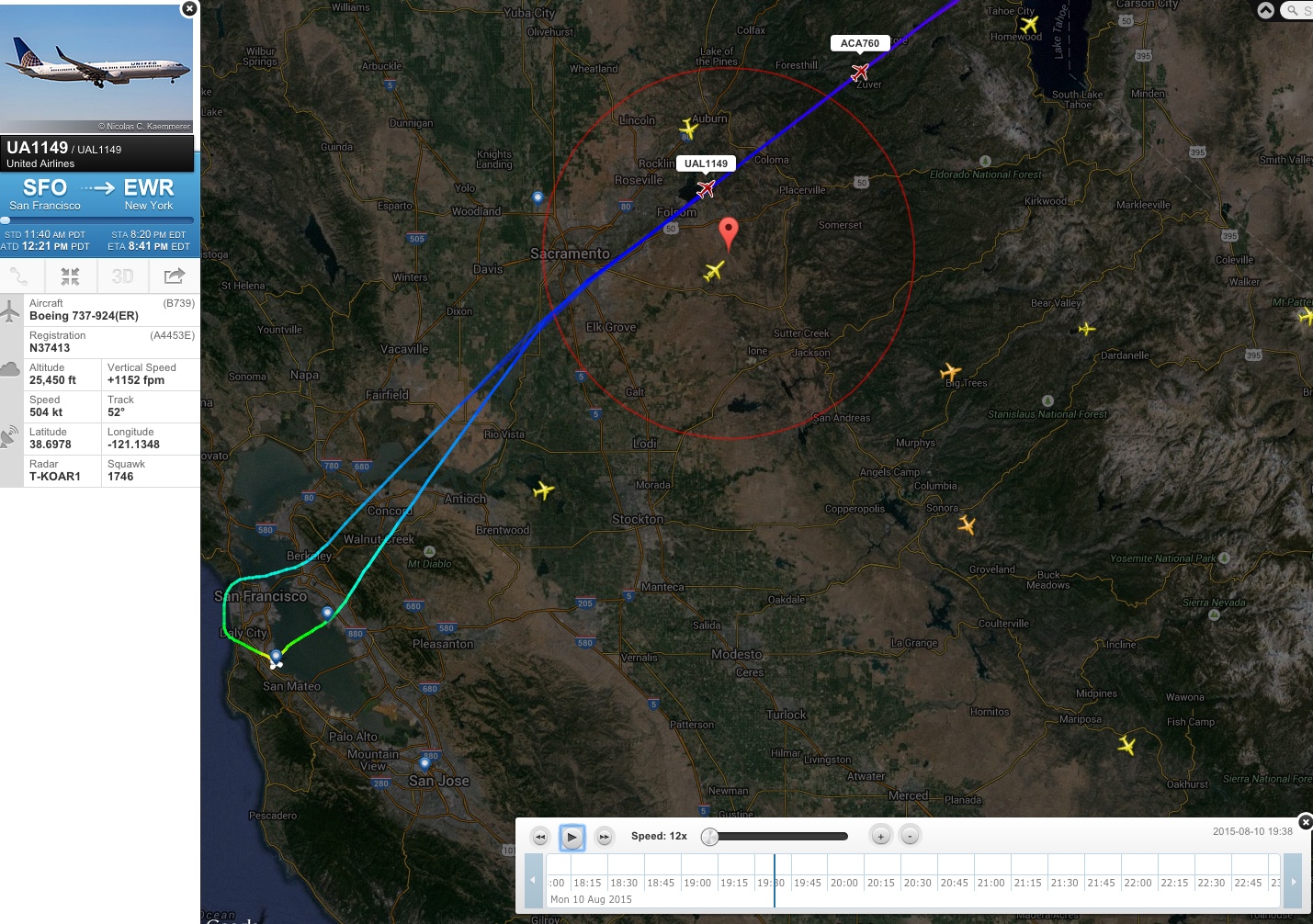 Just ahead of UAL1149 was AC760 (Air Canada, A319). Now, from above it looks like they are following the same path, but we can then download the Google Earth tracks from FlightAware.com 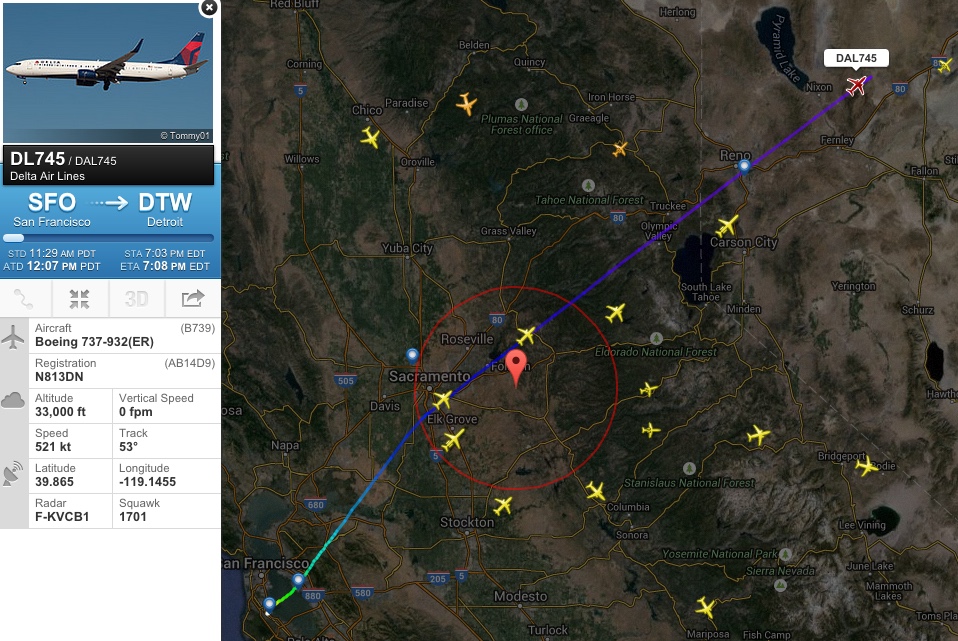 And this is quite interesting, when passing to the north of me, the planes are at almost exactly the same altitude. Both are climbing through 26,000 feet. Based on the radar track, they seem like they would be at the same position, and within 200 feet vertically. So why are the tracks so well separated?

The answer of course is that the first trails has been moved by the winds aloft. The trails are actually side-by-side, and not one above the other.

Why the gap? The first plane few through a region of dry air. This region, being part of the air, was moved with the wind along with the trail. So the second plane, even though it was flying through the same position, was actually flying through different air.

The full portion of the two parallel contrails (panorama), the gap here unfortunately fell behind the tree.

It's interesting just how different the contrails are. Given the low altitude they are probably aerodynamic contrails. Both planes were 737s. Perhaps the difference is mostly due to time, as later the gap looked like this: 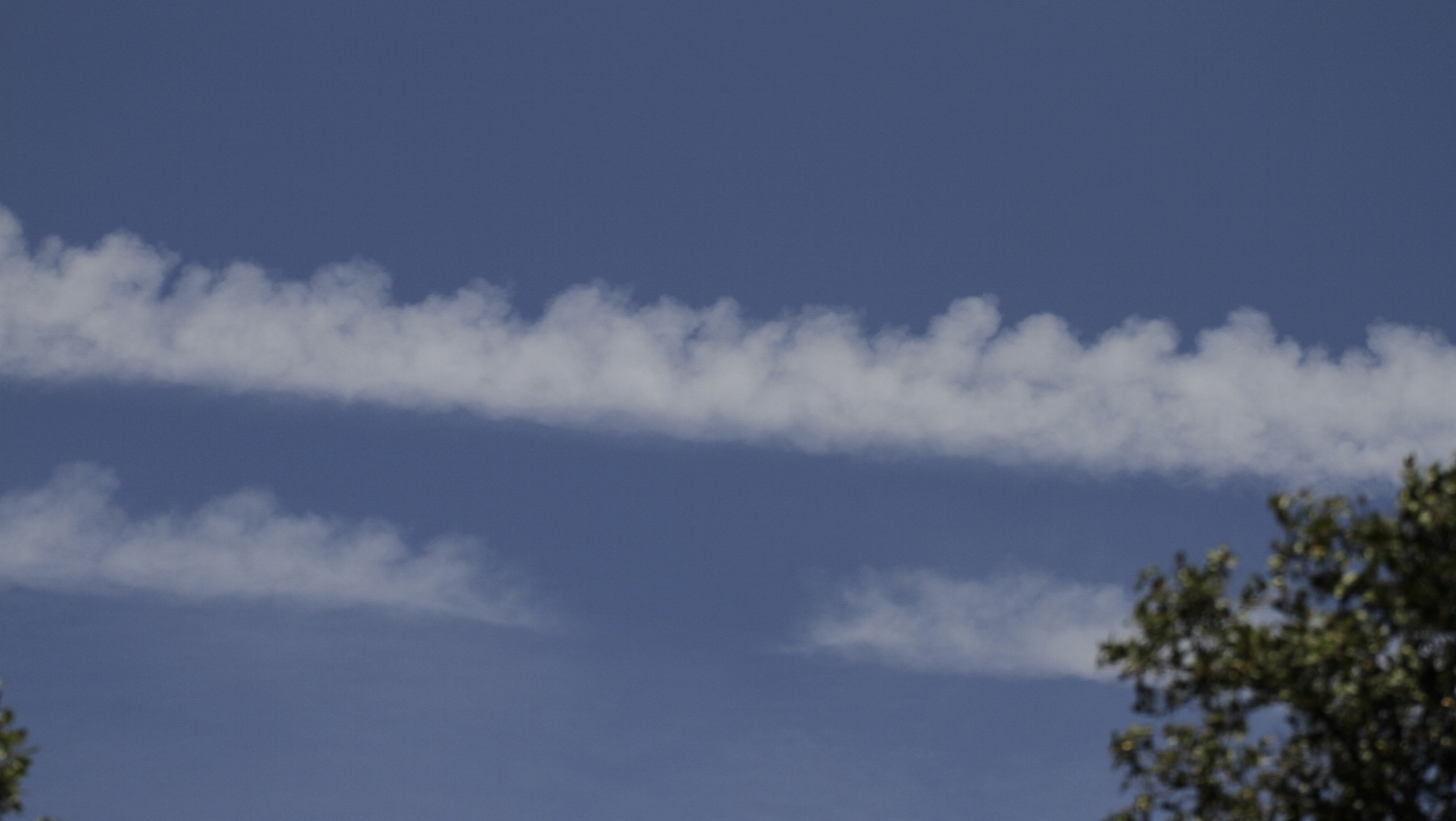