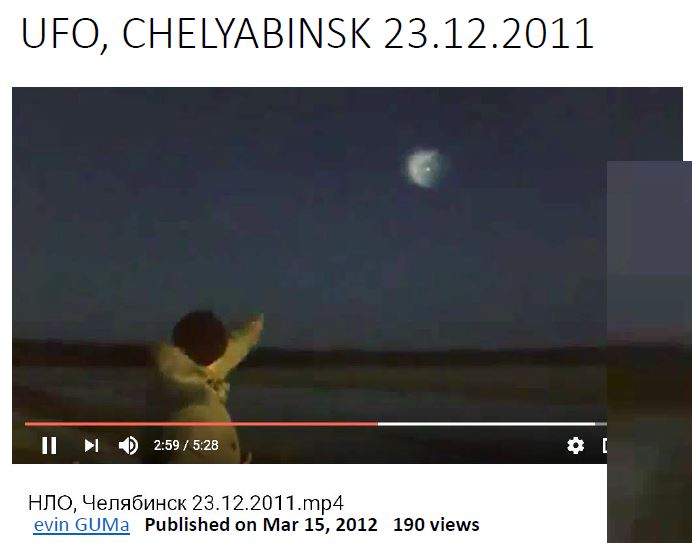 On December 23, 2011, a routine Russian satellite launching [with the Meridian-5 military comsat] was launched from the Plesetsk Spaceport north of Moscow. In a very unusual failure mode, the third stage exploded halfway through its burn sequence. By a freak coincidence the rocket’s path across western Siberia was still in sunlight while ground observers had a dark, clear sky – and hundreds of witnesses reported seeing a cloud-like structure crossing the sky. Several dozen videos were also made, including one from an airliner and one by a dashcam in Cheyabinsk that captured the moment of the explosion. 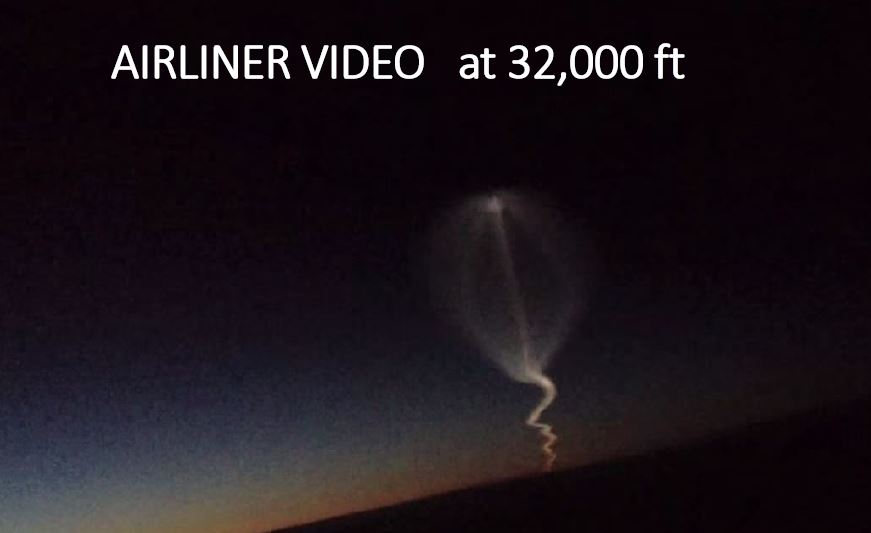 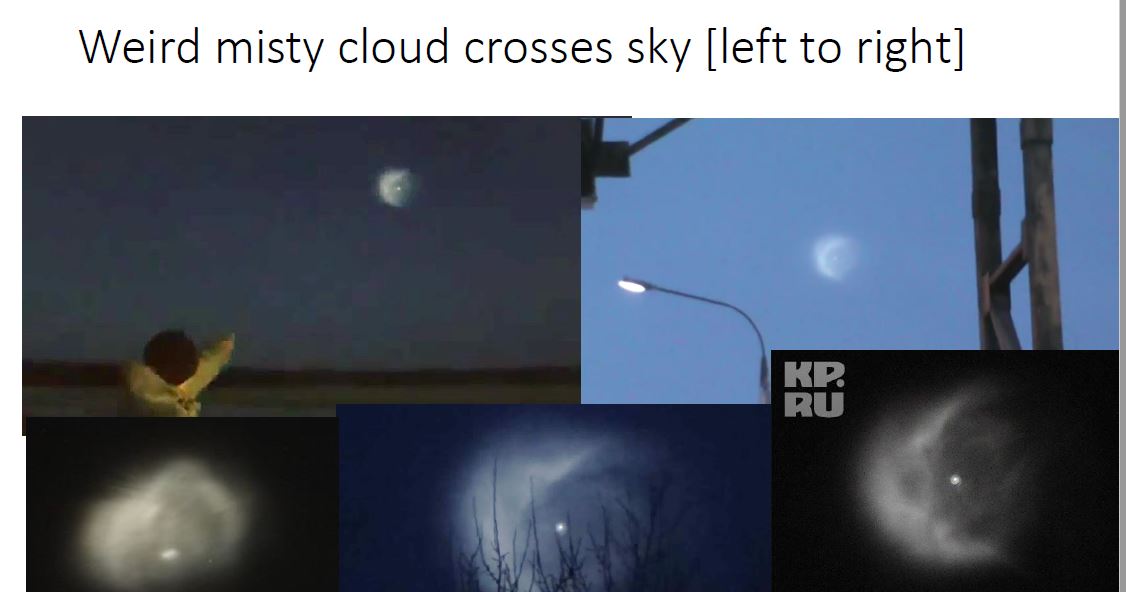 The unusual failure mode was sadly repeated in December 2016 when a similar rocket carrying a Russian supply drone to the International Space Station also exploded during third stage burn, and uncertainties about the cause of that explosion are threatening to delay launches of the same booster. Unfortunately the launch illumination conditions were several hours too far into night to provide sunlight on the rocket’s path so no videos of that explosion were obtained [several website postings claiming to show it were actually of other launchings earlier in the year].

The Meridian-5 videos are extraordinary in their range from launch to normal flight to explosion and fuel cloud expansion, to the thinning cloud’s becoming bottom-to-top eclipsed by Earth’s shadow and then the fragments hitting the upper atmosphere and flaring into meteors. Debris landed near Novosibirsk, one fragment by coincidence hitting a house on ‘Cosmonaut Street’.

My investigation still needs to identify the airliner from which the early-phase video was made, to determine viewing angle and why the sequence stopped – by bad luck just 20 seconds prior to the explosion [and allow search of local news media in the destination city for any eyewitness reports]. I also need to identify the street in Chelyabinsk that the dashcam was driving along when the explosion first flared in the sky, to get a bearing on it. Together with the known ground track that would define the exact point on the ground beneath the detonation.

I offer the report for amusement and edification, and as a request for advice on how to follow several trails for further evidence. Thanks!
Last edited by a moderator: Jan 11, 2017
You must log in or register to reply here.