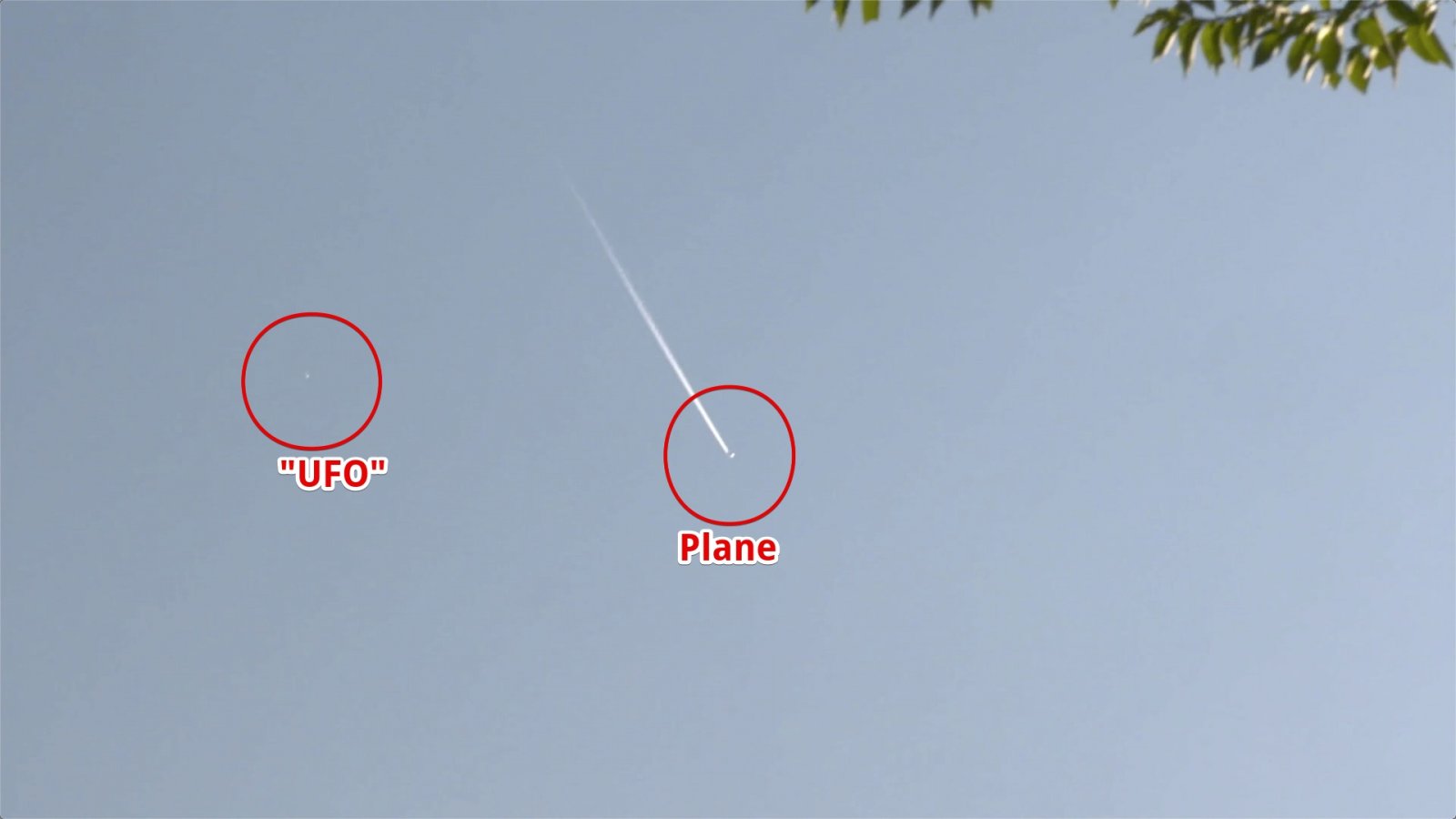 In episode 4 of the History Channel's show "The Secret of Skinwalker Ranch" the team of people make a big deal of what looks just like a plane.

Two objects are visible in the sky. One is a plane leaving a contrail, the other is what looks like a plane not leaving a contrail - which usually indicates it's at a different altitude. Both planes look like they are quite far away (like 20 miles at least) 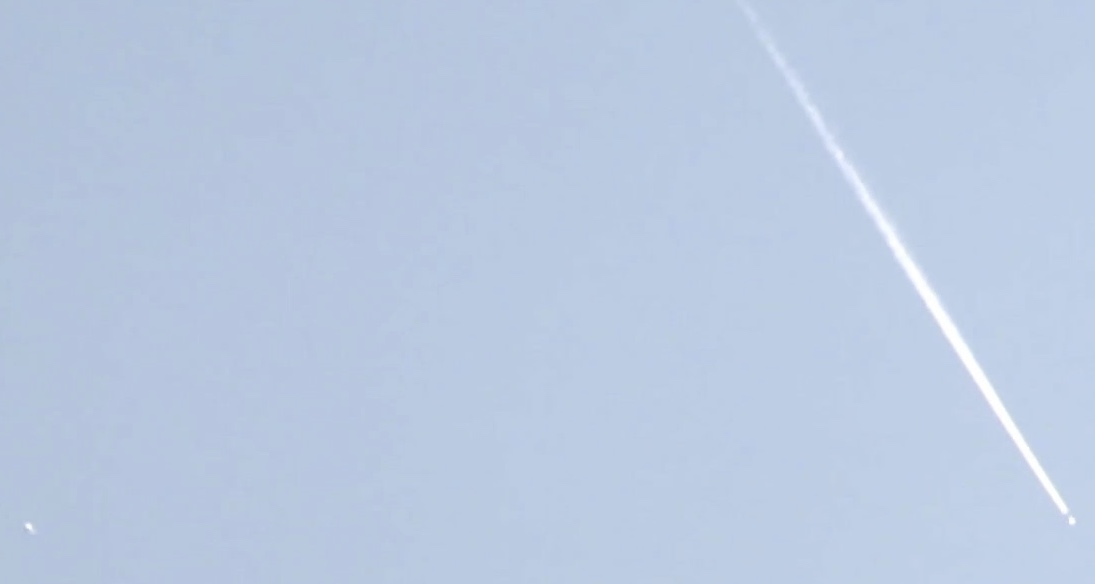 From shots of the cast watching the plane, we see the sun is low in the sky, and they are looking towards the South West. The building behind them is oriented due north (i.e. the wall behind them runs north-south) 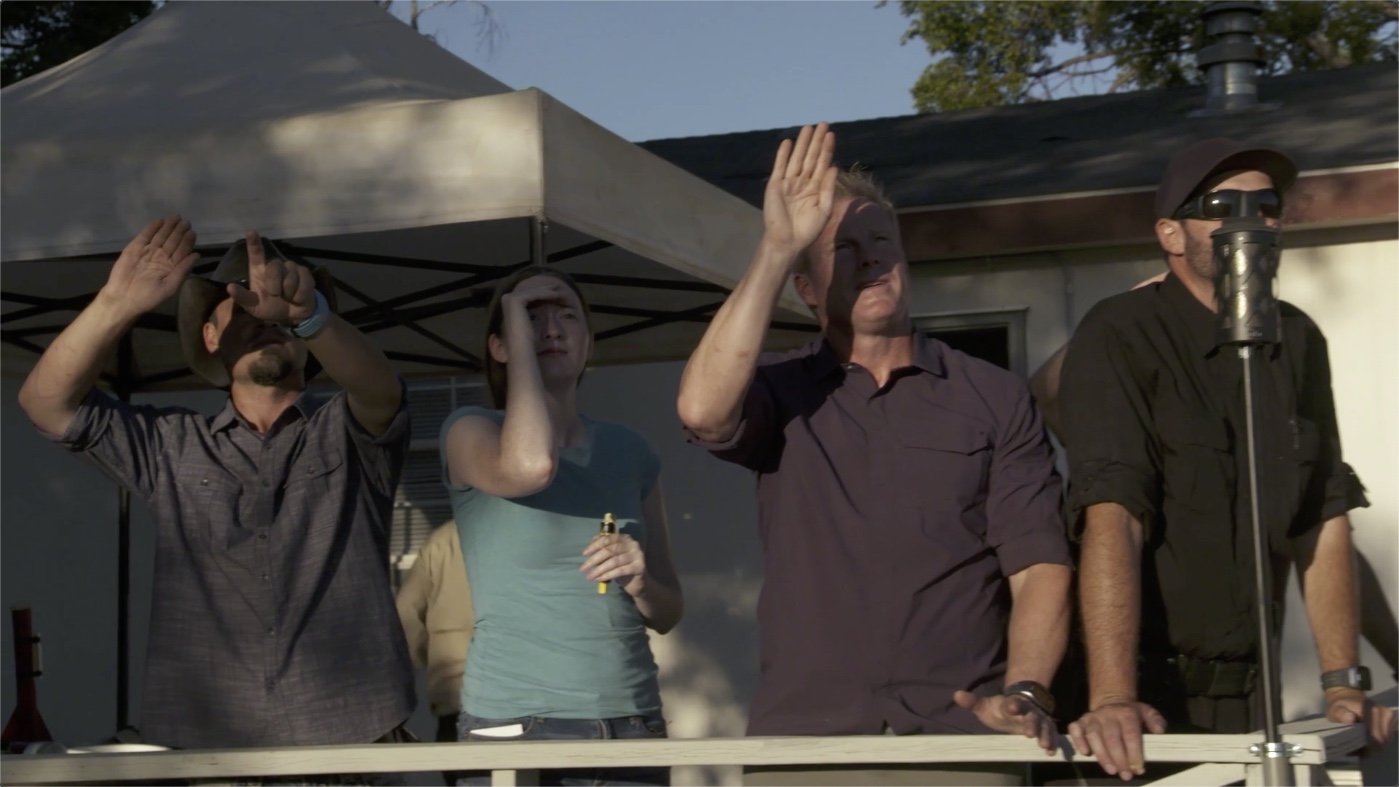 This means the plane with the contrail is flying away from them roughly towards the west.

One cast member, Erik Bard, then goes into the ranch's control room to check for planes. 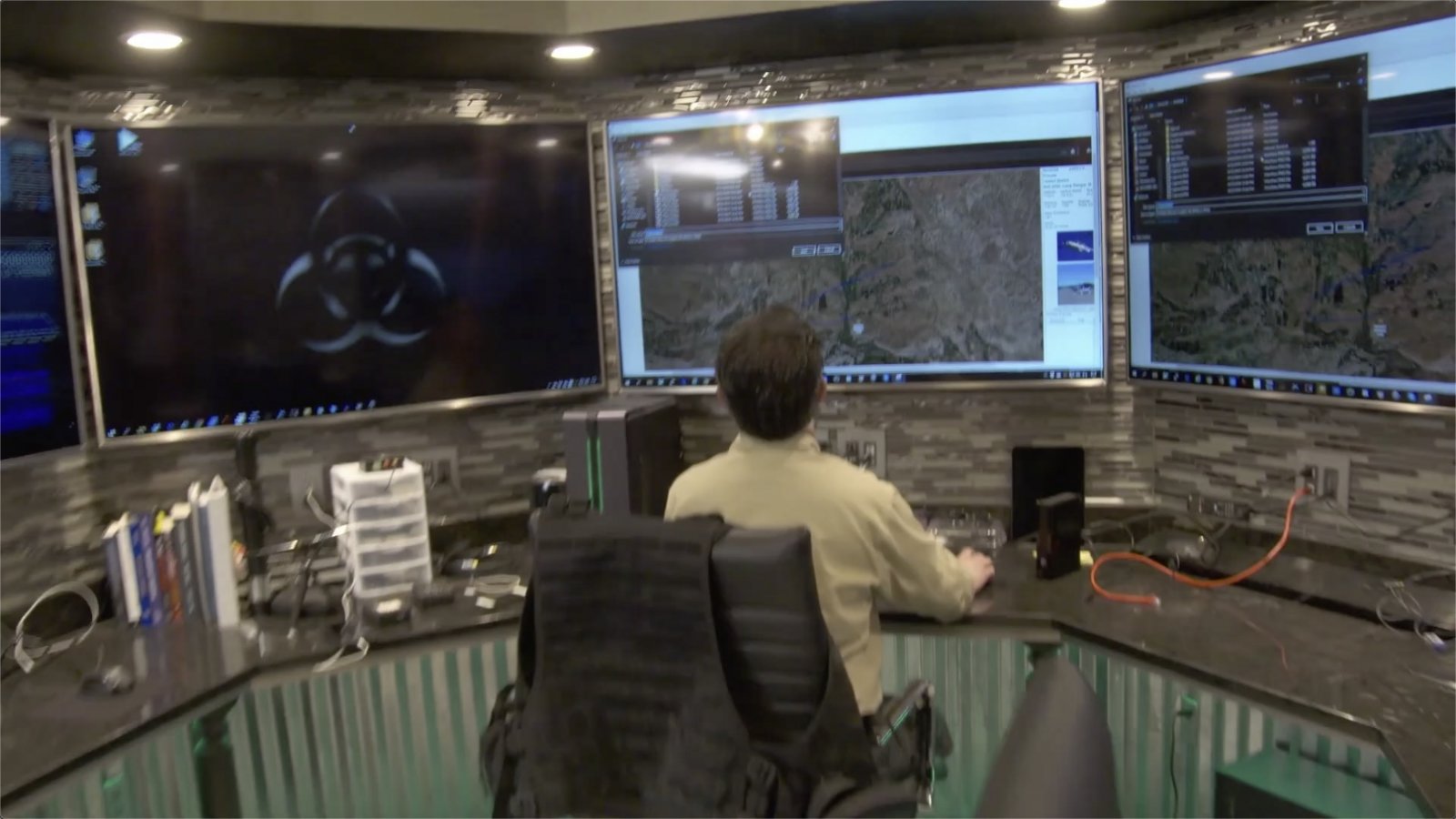 He seemingly does not use a commercial service like FlightRadar24. Instead they have their own ADS-B receiver. 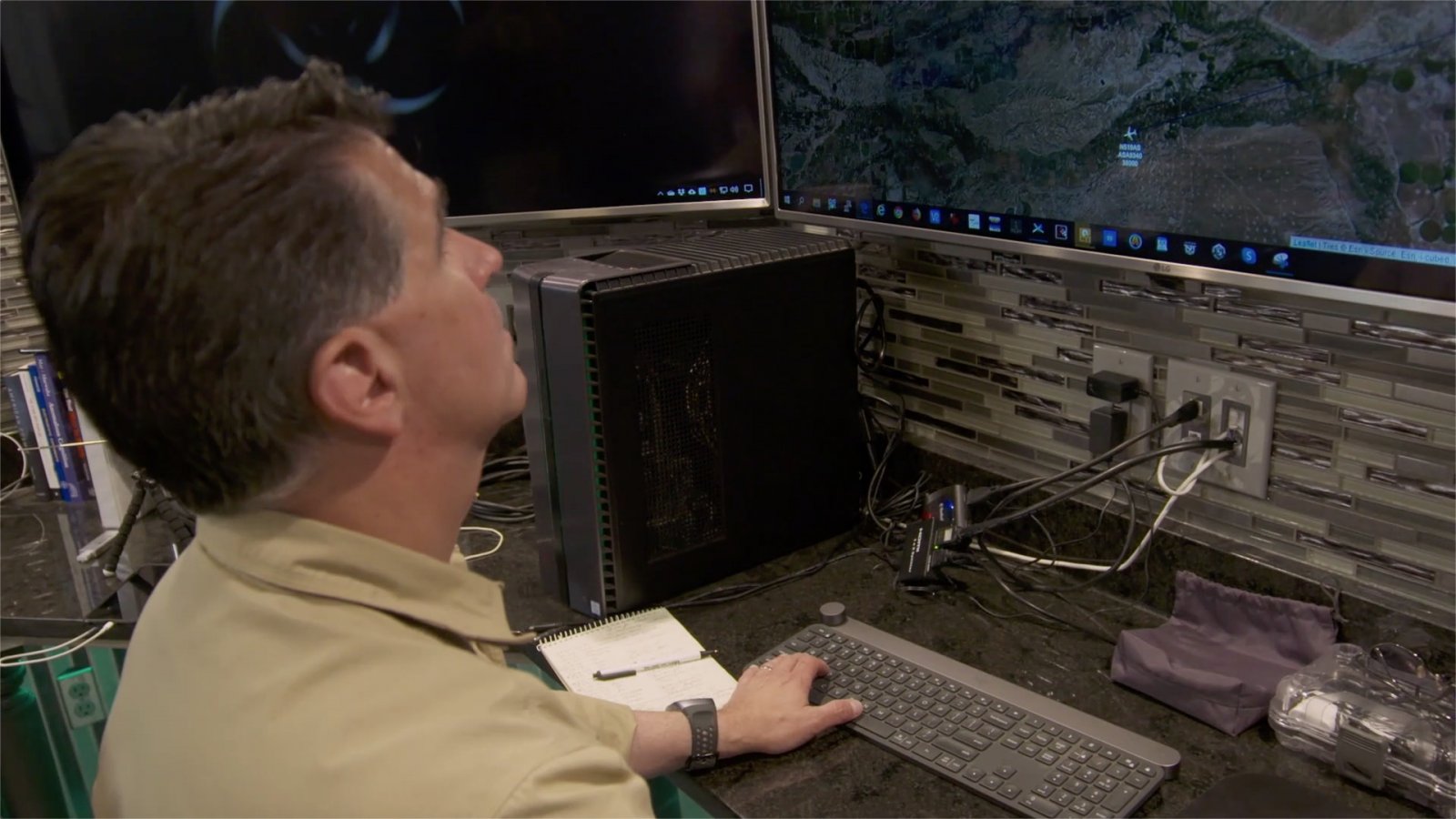 He says "there's no object on the radar showing up next to that plane" - which means he's identified the plane leaving the contrail. What's on screen is: 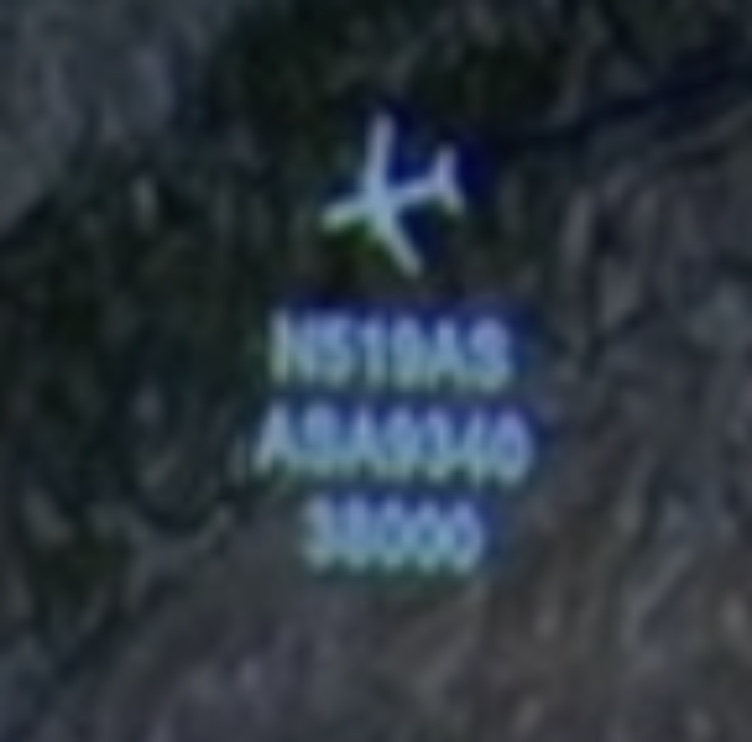 So when was this? Later they show some playback with this time in the corner: 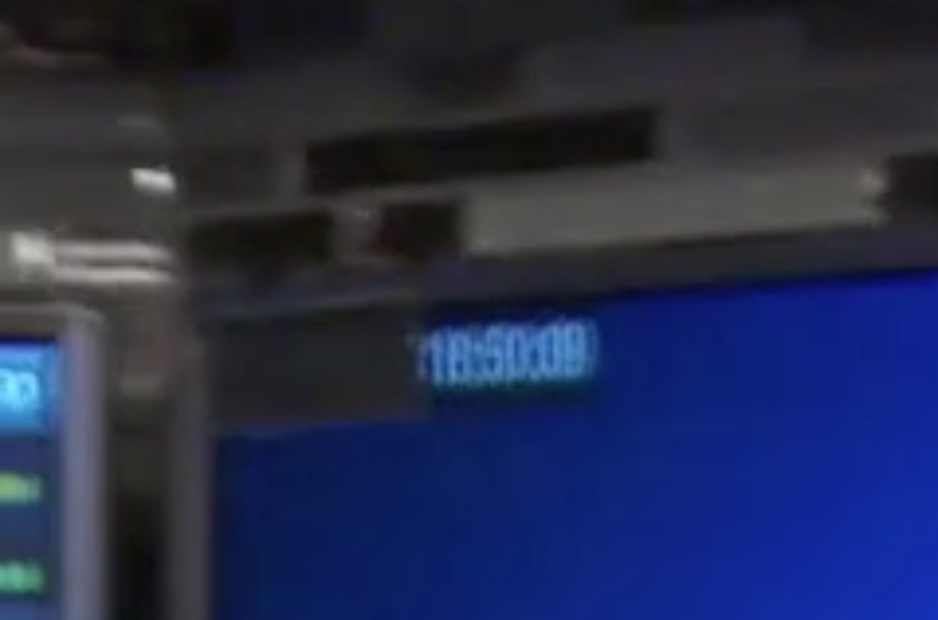 Then later they show an audio file from the rocket launch that gives a more precise time and date:

And the filming time is the night of the same day, as seen on a status monitor

It's also only 3 miles away, which would have been near overhead at the time they were looking at it, and due south.

Assume for a second that AS9340 on Aug 22 2019 was the actual plane leaving the contrail (even though that seems to contradict the other dates shown, but we can blame editing), then was it the only plane in the sky? If we go back to around that time we see two far better candidates flying in tandem 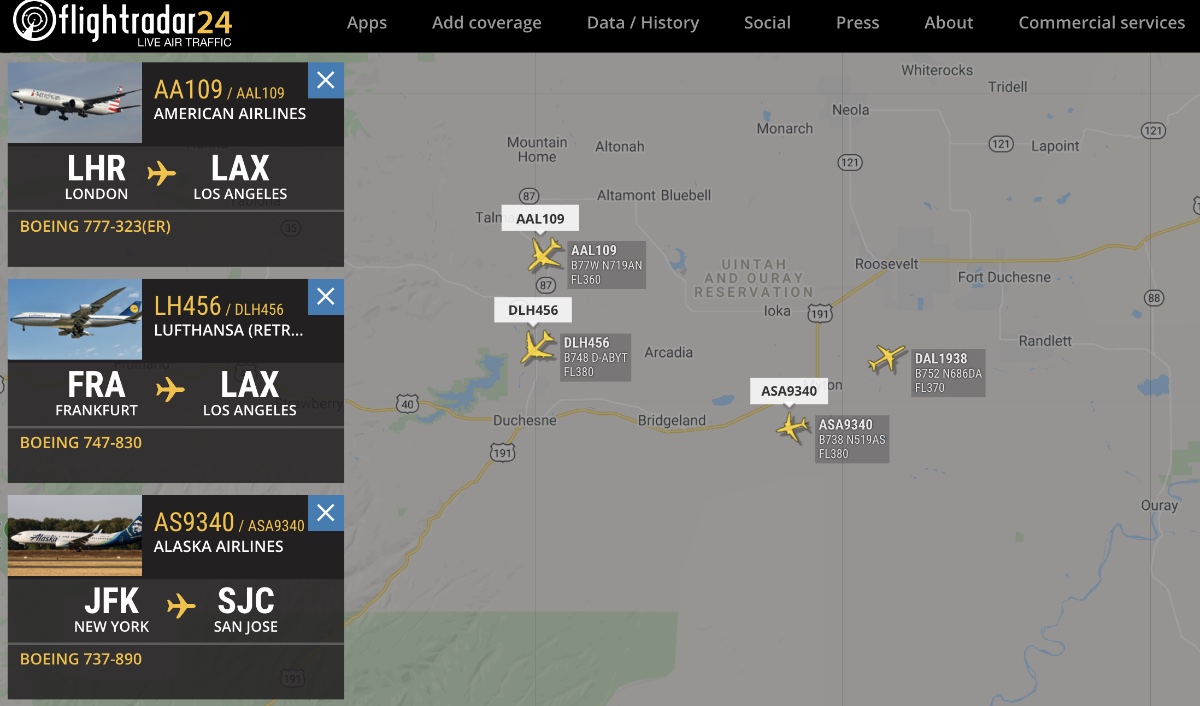 If THIS was the right scenario, then AAL109 (a 777) would have been leaving a trail, and DLH456 (a 747) would have been the shiny object. This all seems unlikely, as this was around noon, and the footage seems later in the day. The reaction shots are entirely consistent with a time of 18:50 MDT (UTC-6), when the sun would have been a bit north of west. 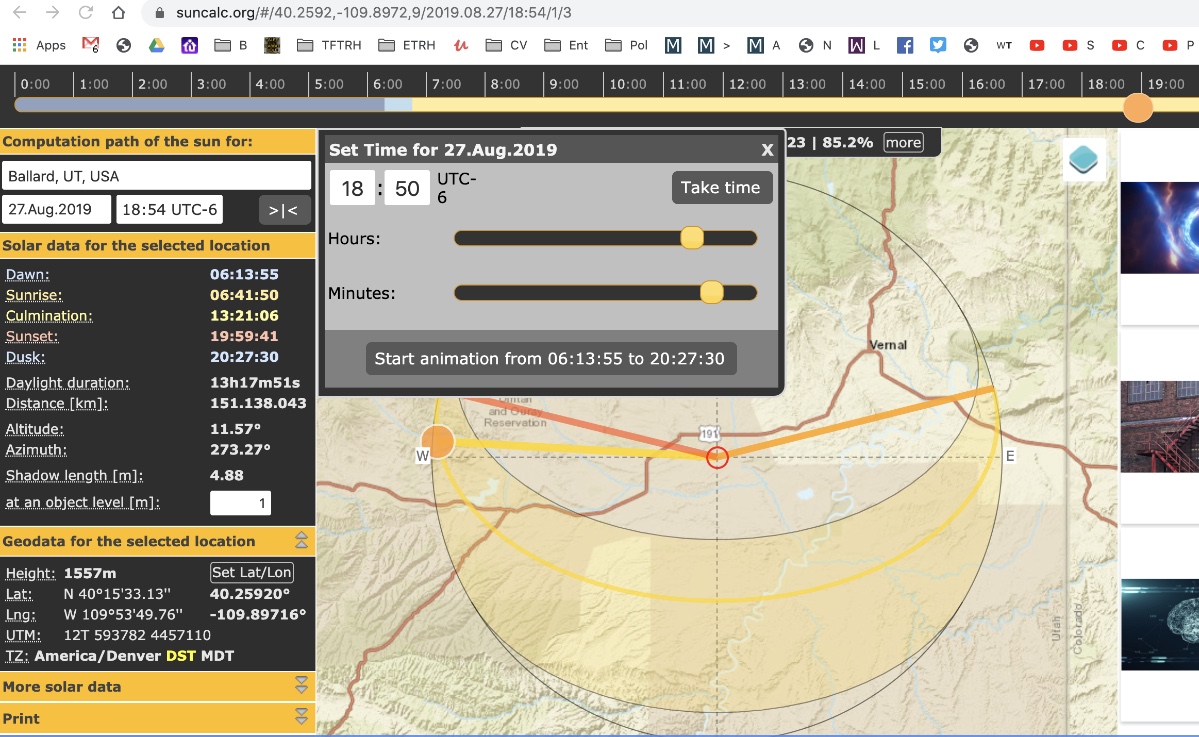 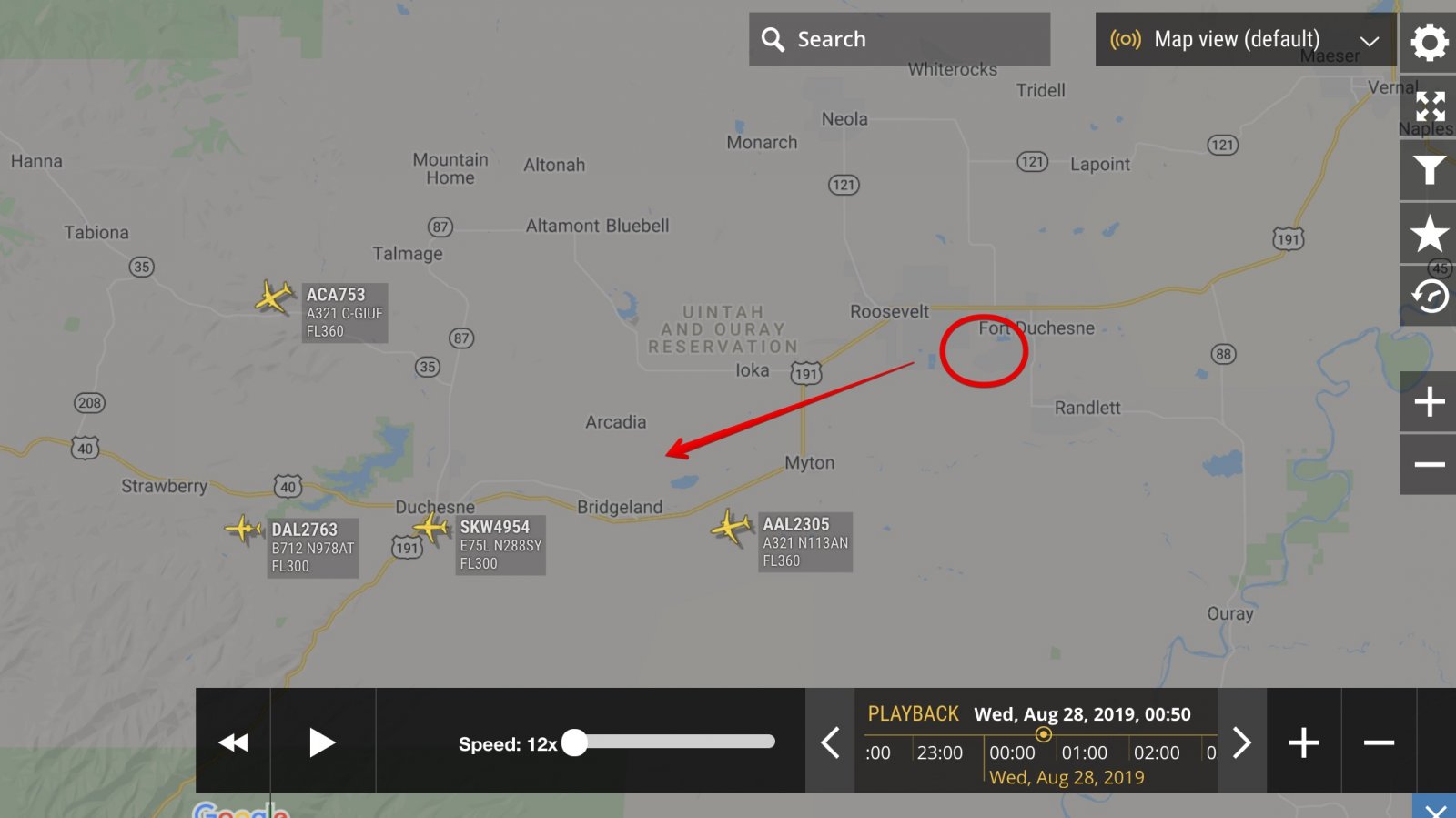 Just south of the ranch that day was the main approach to Salt Lake City, Several planes were flying in, and it's quite possible that two of them were two of those seen on screen aboe. However, it's impossible to be sure without knowing the exact time. But viewed from the ranch, looking West, the flight paths look consistent with the contrail (which is normally several degrees off the flight path due to wind)

What we do know, however, is that the scene where Erik Bard claims to not be able to find the second plane is a fabrication on the part of the producers. It's a different day. 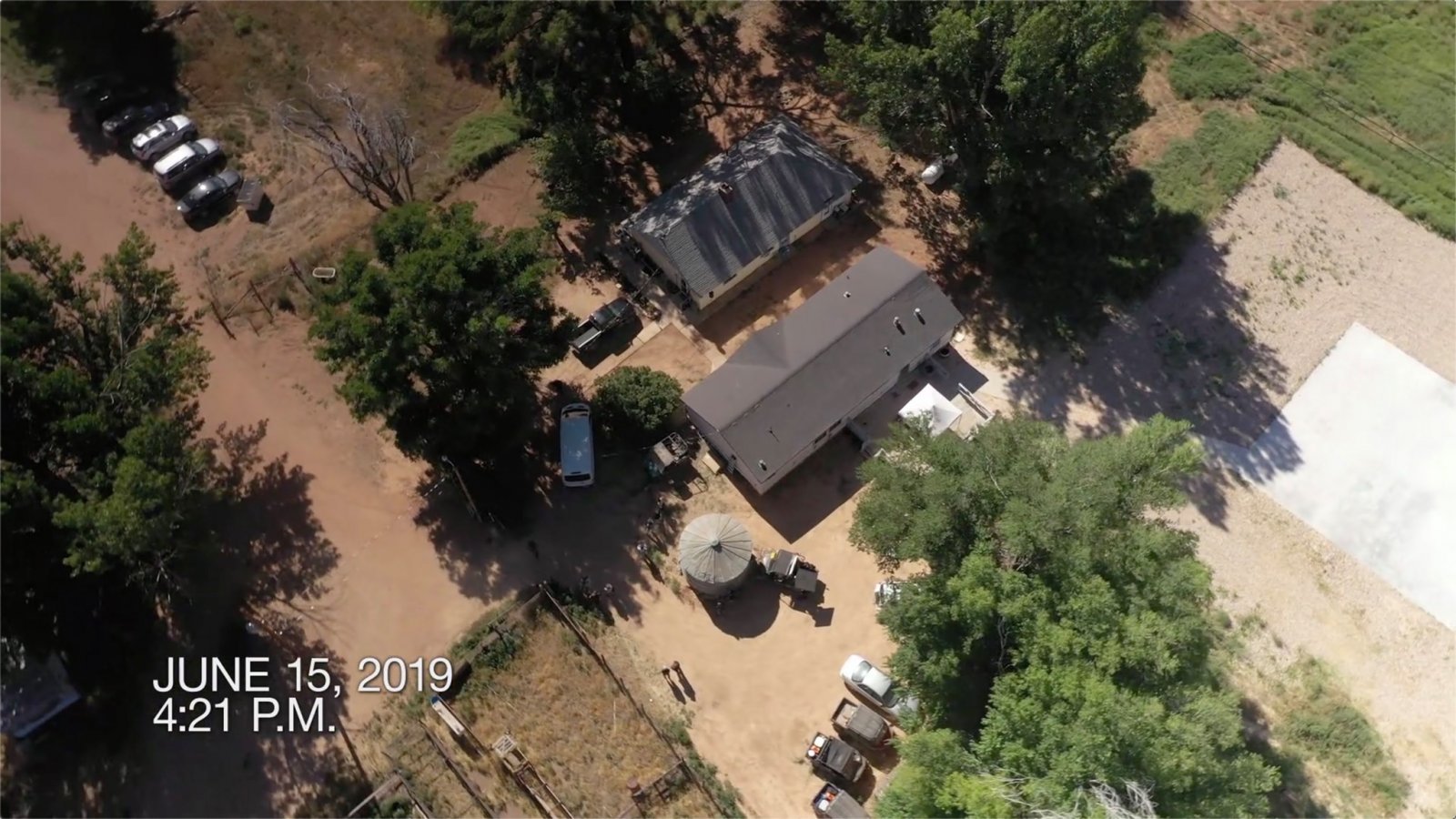 However, besides the date being wrong for the rocket launch (actually on Aug 27) this shot is in the morning.
N

My first instinct upon seeing the footage of the object in the show was that it was Venus, since they were clearly looking towards the Sun, near sunset. I plugged the ranch's lat/long into Stellarium, went to 18:50 local time, and whatever the date was in August 2019, Venus was near and above the Sun at this time. It is quite near the Sun, and not in its brightest phase, so perhaps the glare from the Sun would make it too difficult or impossible to see at that time - of this I am unsure. I am sure that when you spot Venus during the daytime it is quite striking, and in the open sky it is easy to 'lose' and then spot again, which could explain their impression that it was disappearing and then reappearing. The nearby plane could have drawn their attention to it when they wouldn't have noticed it otherwise. The same thing may be happening in Season 2 Episode 4, when the gang again marvels at a pinpoint of light in the west near the Sun, remarking that is in the same spot, and that it disappears yet again. The footage looks the same in this case as well. I would be interested in anyone's thoughts on this. 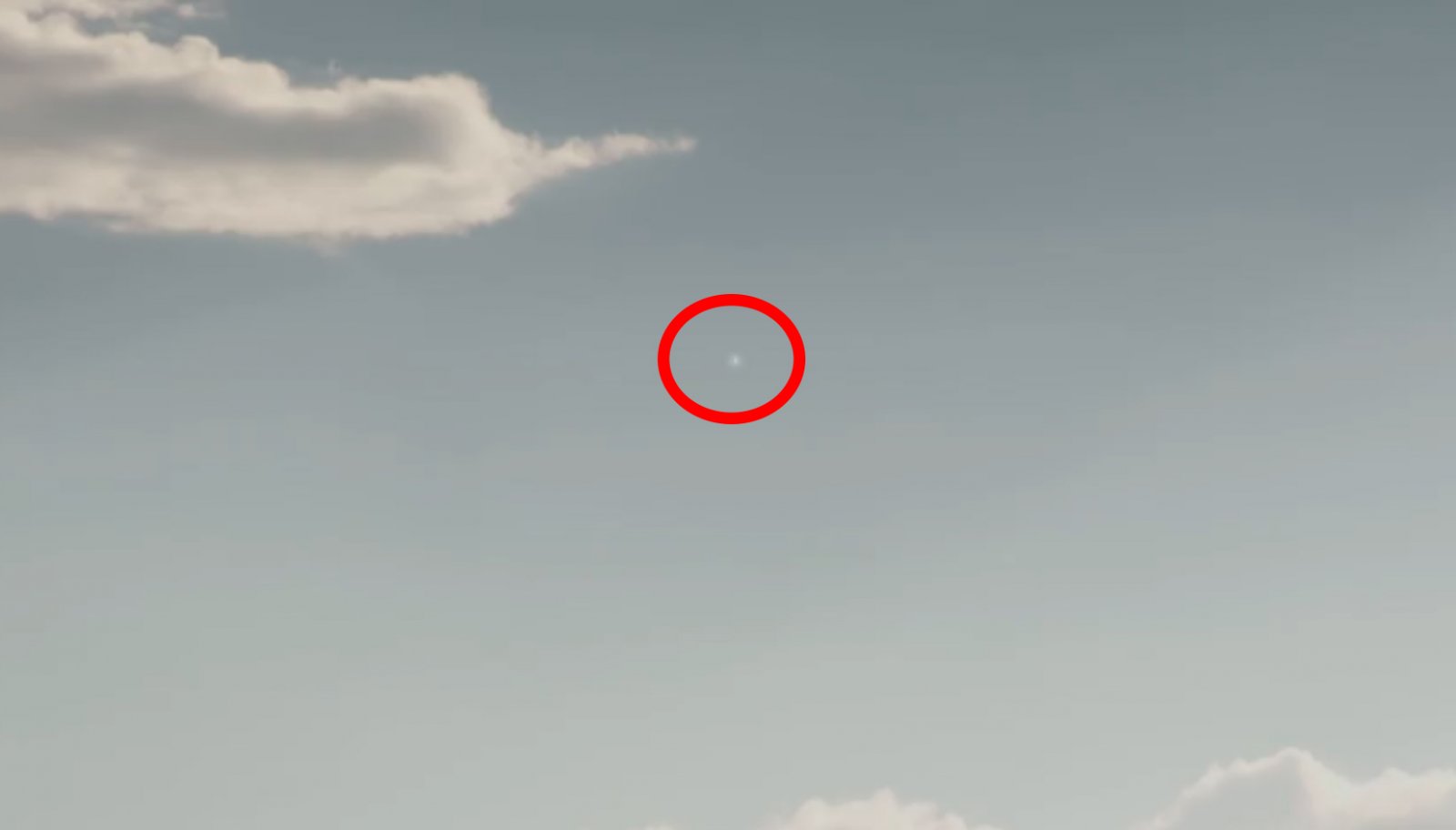 It looks similar to the previous year's sighting, and also occurs directly after a rocket test conducted 30-60 minutes before sunset.

I wonder if the Twilight Phenomenon (or something like it) could be an explanation for what they are seeing.

I would hope that Travis Taylor (being an astrophysicist and the star of Rocket City Rednecks) would be able to rule out such a phenomenon, but greater assumptions have been made...
Last edited: Jan 20, 2022
You must log in or register to reply here.