Recording ISS Transits of the Sun and Moon 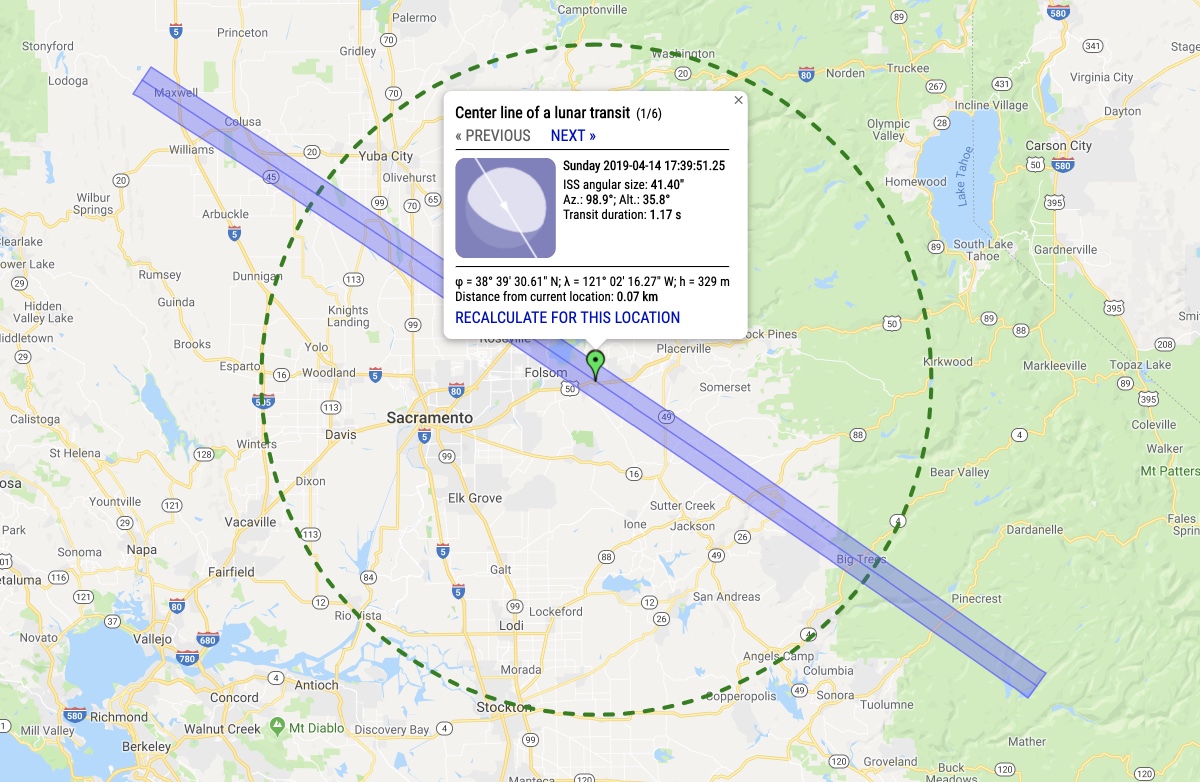 An ISS transit is where the International Space Station passes between you and either the Sun and the Moon. You can take video of the Moon transits with just a powerful zoom. The Sun transits are basically the same, except you need a solar filter to block out the light, and will just get a silhouette.

With the ISS whizzing around the globe, there's an ISS transit somewhere pretty much all the time. But for a given location they are relatively rare to pass directly overhead. However, if you enter your location in the ISS Transit finder it will show you upcoming transits that are nearby, often just a short drive away.

The one above is happening tomorrow and is very close to my house. So I'm going to set up my camera in a suitable location and try to record it. It will be in daylight, so the ISS will actually appear quite bright. My plan is simply to record it with my P900 at 1080p/60 (this is certainly an instance when a P1000 would work better, more magnification and 4K video). I'll start recording a minute before the flyover time.

I've put this in the "Flat Earth" as it's a great way of verifying the reality of the ISS, and hence its orbits around the globe, and the scale of the distance to the sun and moon.

Tune in tomorrow! In the meantime, has anyone else done this?

Mick West said:
I've put this in the "Flat Earth" as it's a great way of verifying the reality of the ISS, and hence its orbits around the globe, and the scale of the distance to the sun and moon.
Click to expand...

I wonder if it might be possible to actually demonstrate this in an accessible way? Let's look at two points 160km apart (the default search radius, the green circle here, is 80km) 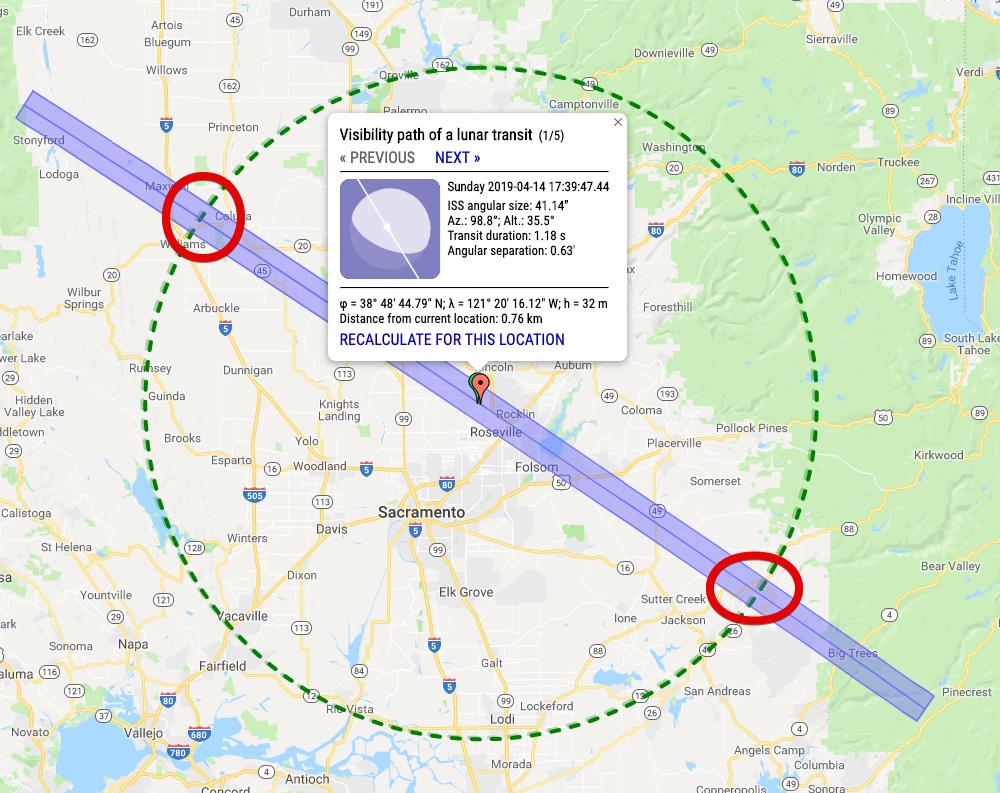 Clicking on each tells you when the transit starts for each one. 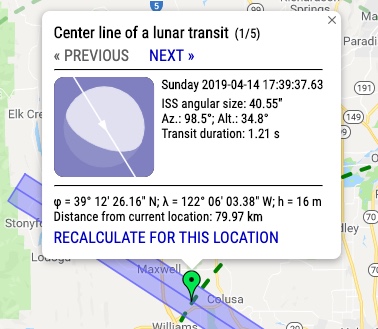 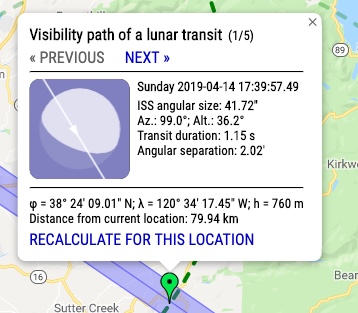 Mick West said:
In the meantime, has anyone else done this?
Click to expand...

Yes, but not me. I know you mean personally, but I can't resist pointing out my favorite Flat-Earther video ever: Jeran Campanella, YouTube's Jeranism, captured the ISS transiting a full Moon Source: https://www.youtube.com/watch?v=kF18XlSGZZc&t=183s


I've met Jeran, before he took the transit video, and he seemed entirely serious. I applaud his efforts to see for himself in the field, but how does he stay flat after what he saw for himself?

Best wishes on recording the ISS.

Unfortunately, it was not to be this time. 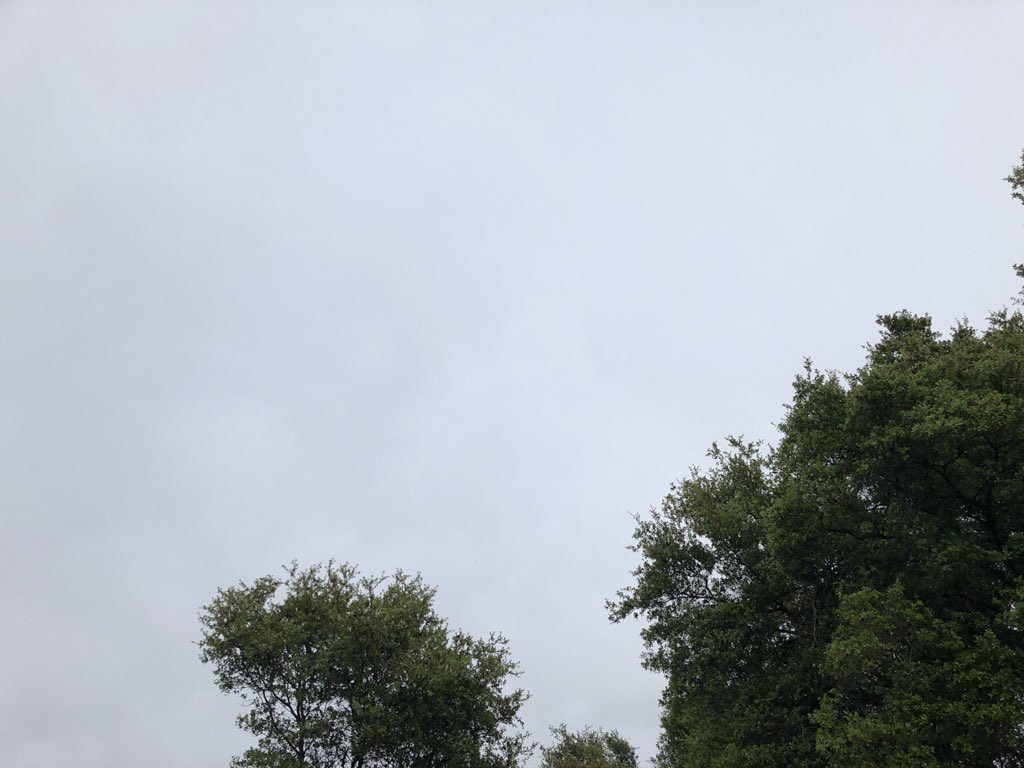 I took some test video of the Moon yesterday, I was quite impressed with how well the Infrared (760nm) P900 cut through the daylight haze. I also processed this video in Photoshop with the "Dehaze" camera raw filter.
Source: https://www.youtube.com/watch?v=i57fLHMoeL8


Shame, as it was positioned perfectly. I shall try again.

Yes, a friend and I used a lunar transit simultaneously observed from two positions a little over a kilometer apart to measure the altitude, size and speed of the space station.
Source: https://www.youtube.com/watch?v=80y2LP1bWH4

I also wrote a Python script for identifying satellites seen transiting the moon. It performs a search for the specified time and location in a given file of satellite orbital elements to list all the satellites which transited the moon or sun:
https://github.com/AstronomyLiveYt/TransitSearch/blob/master/transitsearch.py
You must log in or register to reply here.

M
Mountain shadow is sandwiched between the mountain and the Sun