So, Ile d' Yeu is a small island off the coast of western France in the Vendee region. Being pretty much flat and at around 20 km from shore minimum, this makes it a good target for observing the effects of curvature. Went to Plage de Sion in St Hilaire de Riez, where the closest point on the island is around 23 km away and took some photos. As it turns out, you can see the island 'disappear' depending on the height of observation, but also, only the southern half of the island is visible. The northern part, complete with a lighthouse and an airport control tower etc, is simply not at all visible.

This is the silhouette of the island from the coastal road, which is about 20 feet high, give or take. Hardly noticeable, but this is already a bit 'sunk', but anyway...it looks visible enough. The tower on the right is actually the water tower of the island, located on a small hill. The main town and port, Port Joinville, should be either directly ahead of it or slightly to the right, but no buildings are visible. More to the right, that is, to the north, there is more landmass and a lighthouse, none of which are visible. 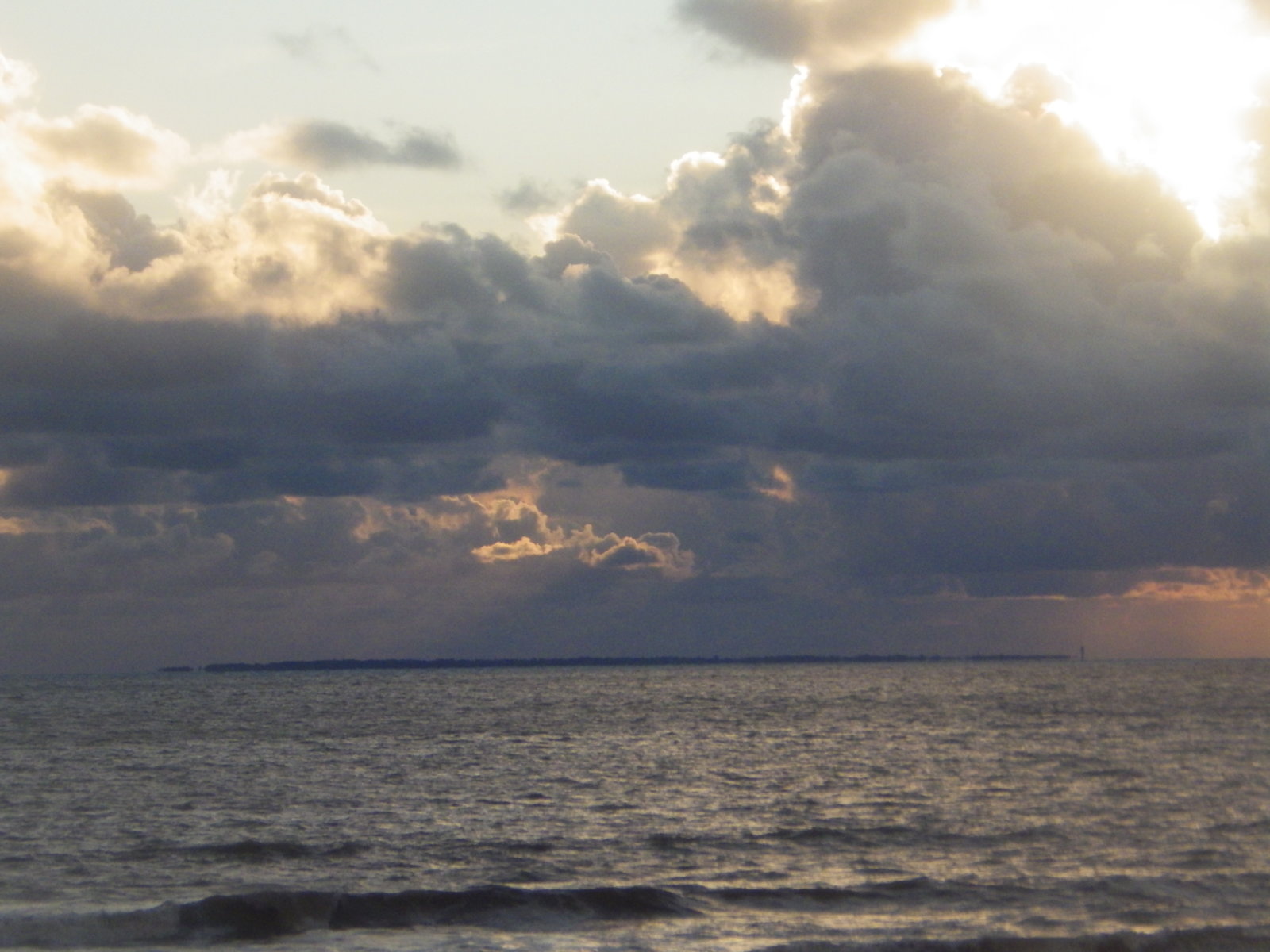 Now, descending towards the beach, increasingly less of the island becomes visible . This photo was taken at around 6 feet or slightly more above the waterline : 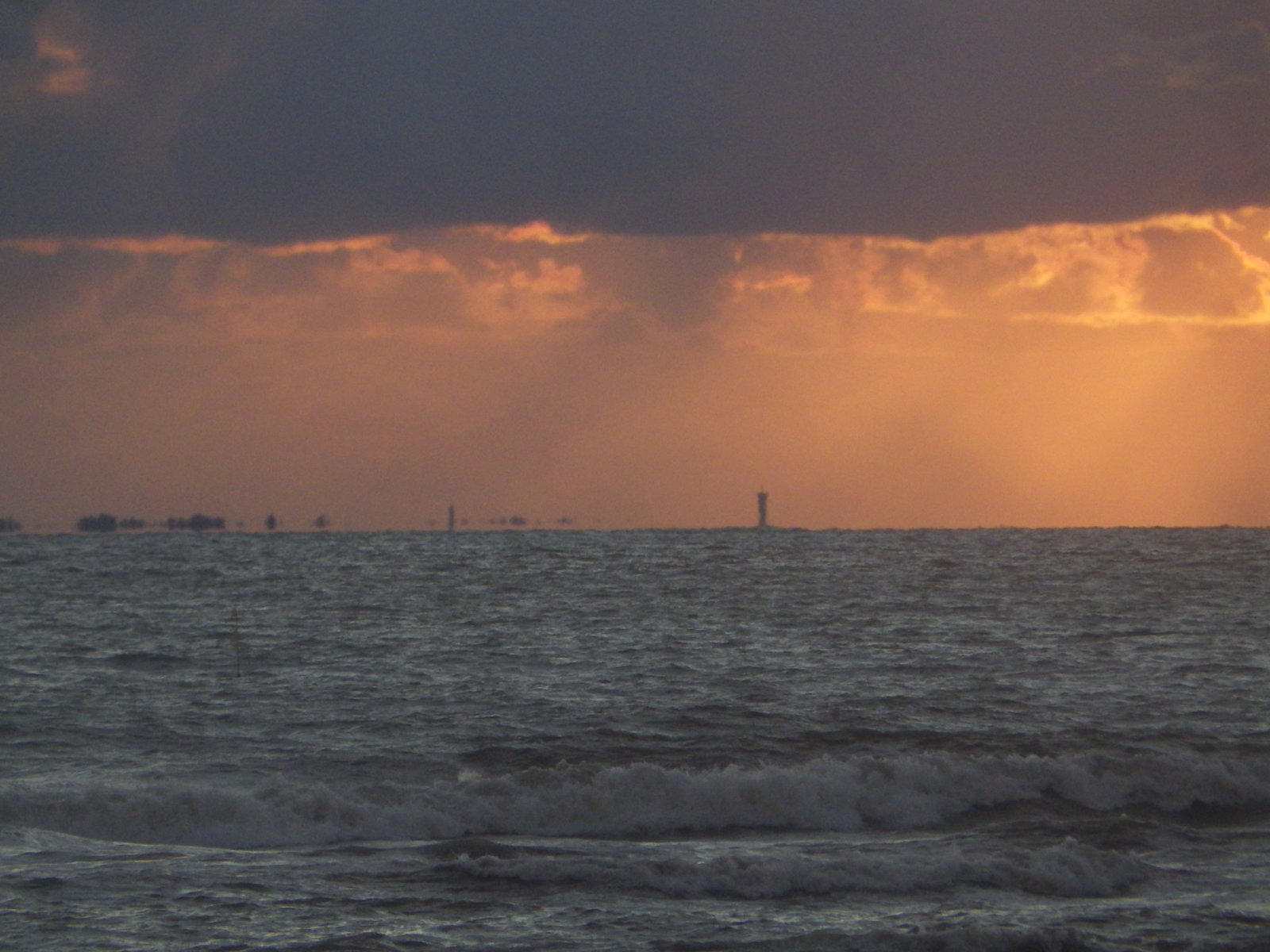 Going down exactly to the waterline, in the last few feet, the island basically disappears before your eyes. I sort of expected this to happen, but it was still crazy to see it happen. From the approximately 3-4 feet of my tripod, only a bunch of trees were visible, and the water tower (not pictured in the last photo. It would have been far to the right ) 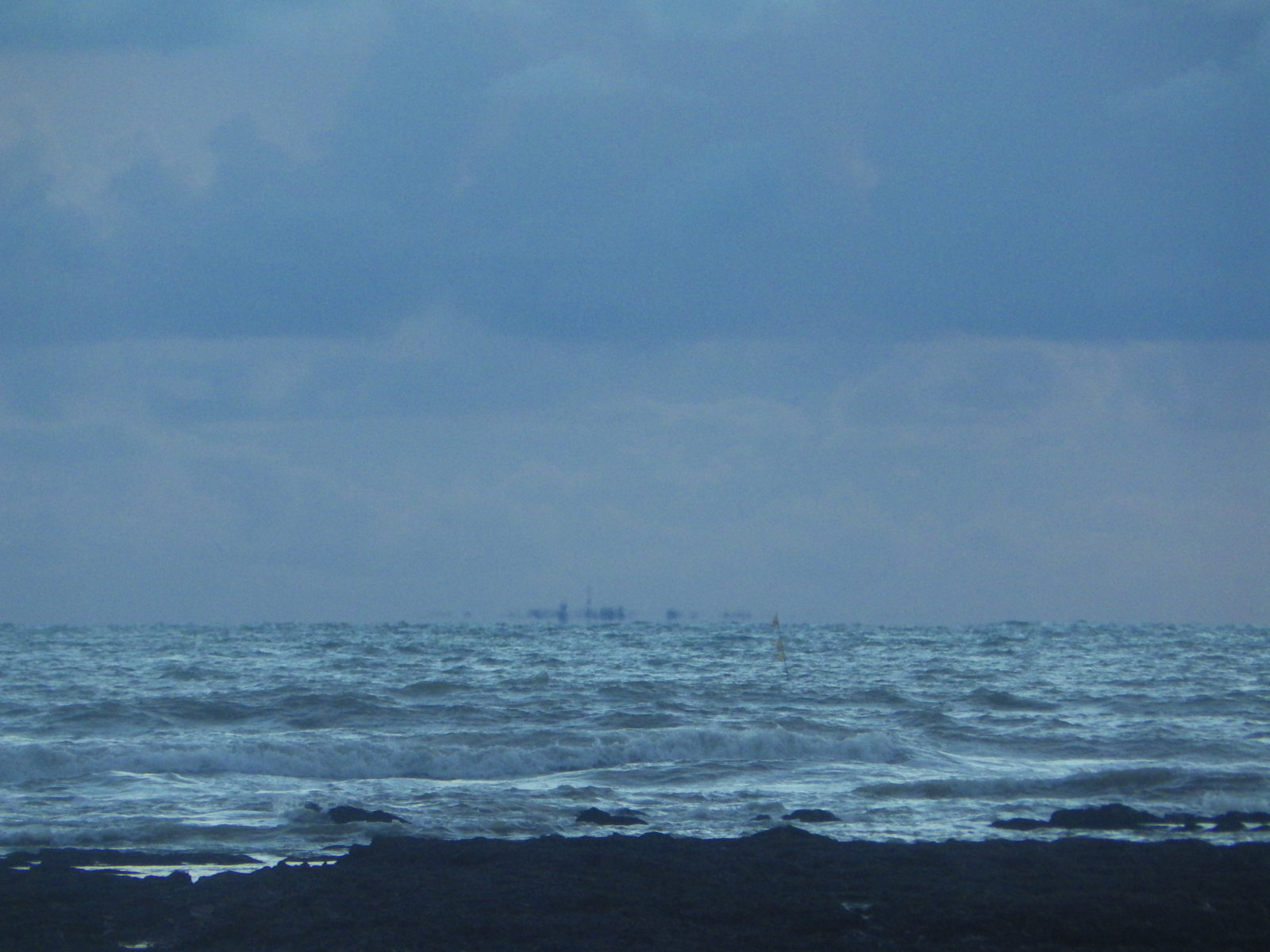 This is basically demonstrating the issue flat-earthers have when using the zero-height way to calculate drop. Yes, from the absolute water level, looking directly at zero degrees, it would barely be visible, if at all. But even a few feet of elevation can make a huge change. In the 20-ish km distance to the island, there are probably a few feet of bulge. Easily hiding the small profile of the island when viewed from sea level, but also easily compensated by a few feet of elevation.

The photos were taken close to that restaurant/cafe right at the beginning of plage de Sion. The waterline photo was taken from the ramp leading out into the ocean. 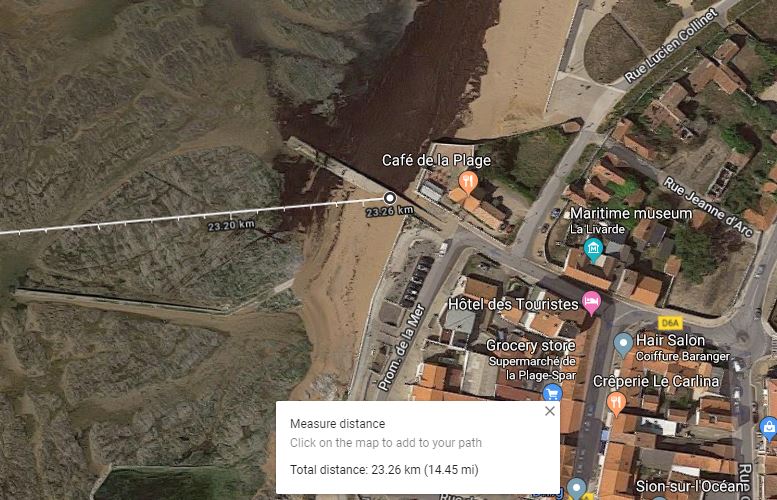 A
Help with Auguste Piccard translation