Pilot reports an object "bigger than a drone". Says he has to make a slight left turn, and that the object has lights on it. 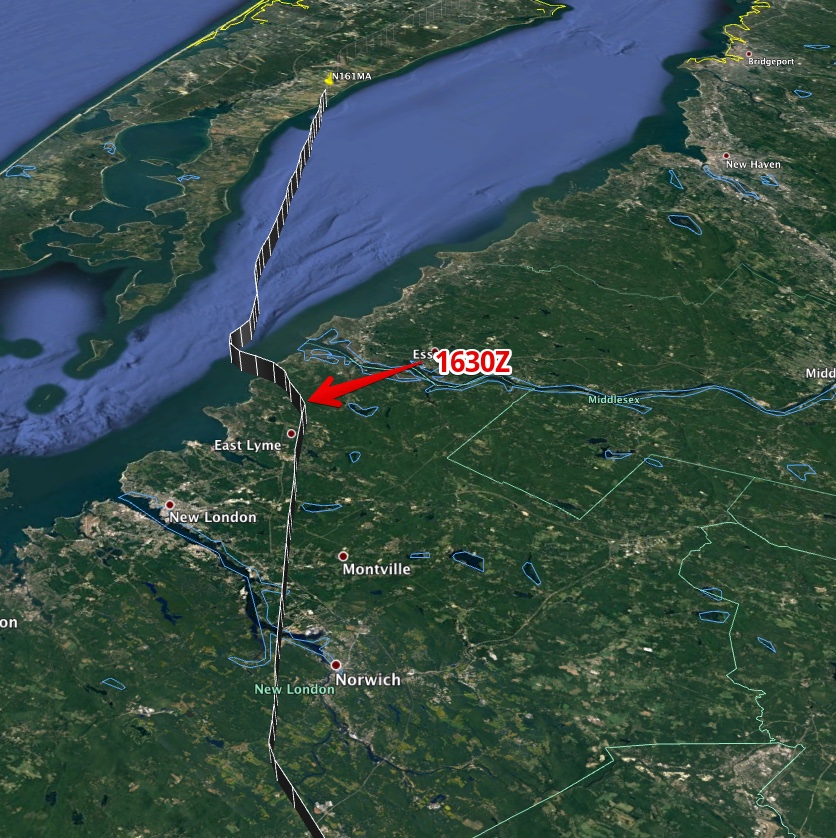 A possibility is that it's another plane. N111NY was in the air at that time, at about the same altitude, and moving on a course that would lead to near intersection, except N111NY was climbing.

However it would be over 20 miles away at time of first sighting, so does not seem that likely. 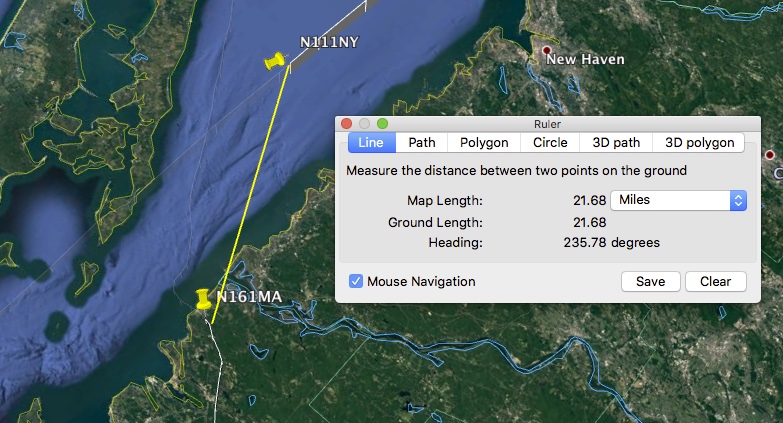 And the closest they get is 6 miles:

what's the altitudes? your kml links wont open for me. I see N161MA is a piper.

Staff member
6000 feet. And N111NY was at 9,000 - I though it was still climbing, but no. But not too different if spotted at at long distance. I don't think that's it though. Too far away. However it's the closest plane on FR24

I'm not finding any collaboration of anyone else seeing anything, from any of the UFO reporting sites or Connecticut news stations.

And it was Saturday the first day of Memorial Day weekend. On the shore. Here in Conn Memorial Day is the 'official' start to summer (as we have winter here) and everyone and their brother has barbecues, heads to the beach etc.
And of course, the same would be said for the NY side of the Sound.


Beaches will likely be busy today with temperatures expected to rise into the 80s and even 90s throughout the state https://www.nbcconnecticut.com/weat...Weekend-Heat-and-a-Rain-Chance-483705641.html

When we requested the report the pilot filed we were denied and were told to file a Freedom Of Information Act request, which we already had done. That request will take time to process, but if our prior experience is an indicator, it could be well worth the wait. http://www.thedrive.com/the-war-zon...nge-object-to-new-york-air-traffic-controller


there is a MUFON sighting that might be the morning of May 25th, they don't really specify a date over Melville NY which is the general vicinity 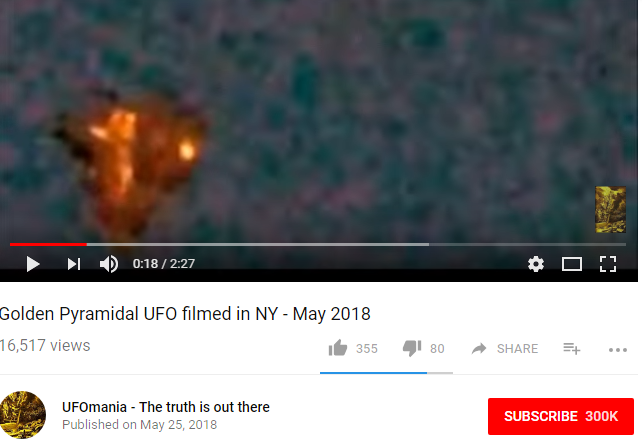 With a sighting like this the first thing to check is the American Meteor Society site.

Man, that fireball event is a very good match on the map. He was traveling roughly SW, roughly here - (Red Arrow). If the time were right he would have been looking right at it. A left turn would move him away from it. And he said it went behind a cloud, so it was a distant object. Altogether, this would be a classic pilot taking evasive action from a fireball UFO report... if only the times matched up.

"I've been lucky to see a few of these in my life. This was one of the most vibrant and constant streaks with a bright termination. Vibrant yellows and greens.

There's no reason it couldn't have been a daylight fireball that wouldn't have attracted as much attention as the previous night's event.
Last edited: Jun 20, 2018
You must log in or register to reply here.