Max Bliss, in an attempt to blame aluminium as the source of illnesses resulting from cabin fume exposures has unearthed a 2004 scientific study on the chemicals found in aircraft cabins and their toxic effect. 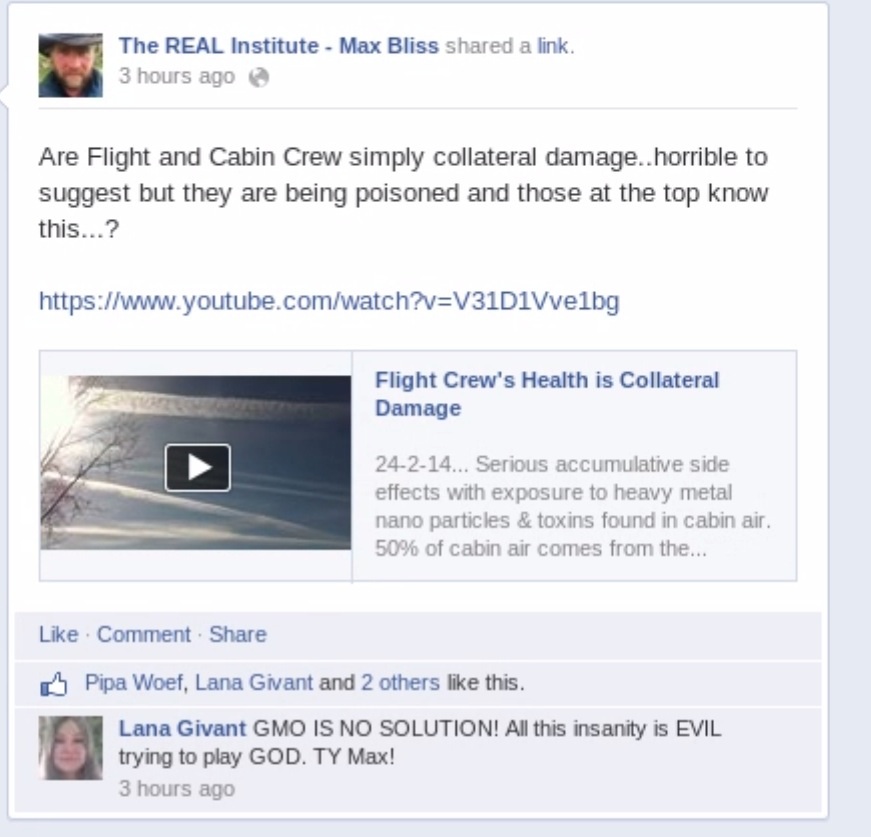 The study was done by the Civil Aviation Authority (UK) and can be downloaded here.

According to the report, some aluminium was found amongst other chemicals. The levels found were attributed as follows;

Perhaps this thread should be renamed so its relevance is more obvious? Like, 'study disproves claimed chemtrail ingredients'?

Perhaps, but I'd like to give credit to Max for finding it. It is only fair.

He'll have fun squirming out of this!

Neil Pennington said:
He'll have fun squirming out of this!
Click to expand...

I fear he won't need to, simply because was never the kind of guy who addressed criticism. Especially since the TMA-hoax was played on him.

Won't make a fart of a difference to him. He's on a rollercoaster ride of his own percieved fame/infamy (can Brits please avoid "Carry On" gags!). A little thing like being hopelessly wrong and accidentally confirming it ain't gonna bother
him.

mrfintoil said:
I fear he won't need to, simply because was never the kind of guy who addressed criticism. Especially since the TMA-hoax was played on him.
Click to expand...

This would indeed be damning information to the Chemtrail movement. Sadly, the chemtrail movement doesn't operate on factual information (for the most part). Most of the people who populate it can't tell the difference between a boeing 747 and a learjet, know nothing of meteorology (thinking that conditions on the ground are the same as 7 miles up there, for instance), and don't seem to be very interested to learn about these things either.

So I don't think this is going to make much of splash. Instead they'll probably jump on the bit that says 'Aluminium' and crow victory.

Content from external source
So it could have been aluminum oxide.

it probably was. They mentioned the spikes in Aluminium are elements that are in ambient air, and in ambient air it is FAR more likely to be Aluminium Oxide than elemental aluminium.

It does NOT appear in the list of substances considered to be toxic or even irritants.
It does not suggest that the LEVELS of ALuminium or Silicon are SIGNIFICANTLY HIGHER than they would have been in the surrounding air.
If a plane had flown through trails composed of nothing but Alumiunium Oxide on a regular basis, you would expect to see some very significant build up of this in the air ducts, wouldn't you?
You must log in or register to reply here.

"The Chemistry in Contrails" - paper