Isolation: How will you pass the time? 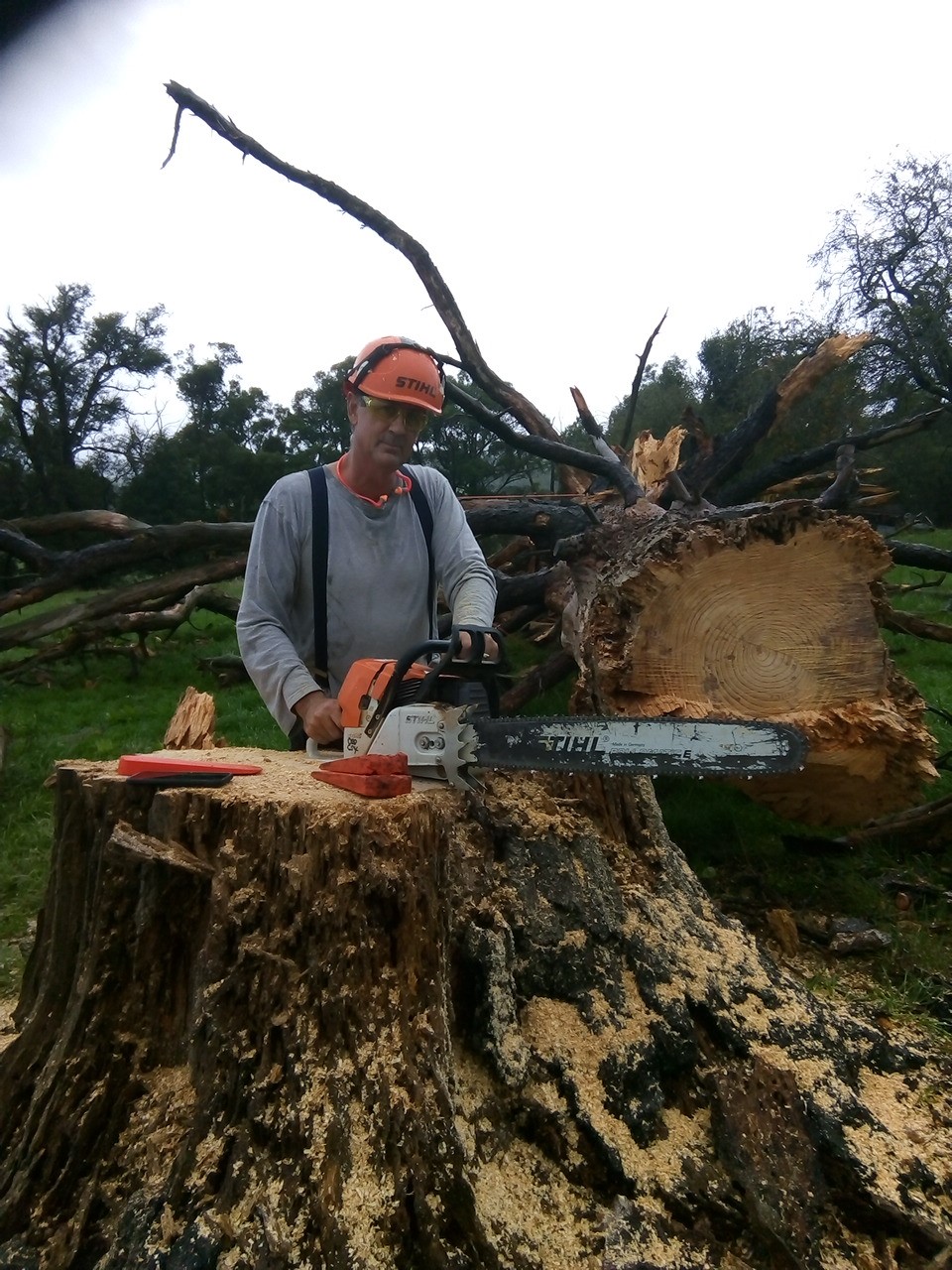 Did a zoom catch up last nite with me bowling mob of mates so we created our own online game.. 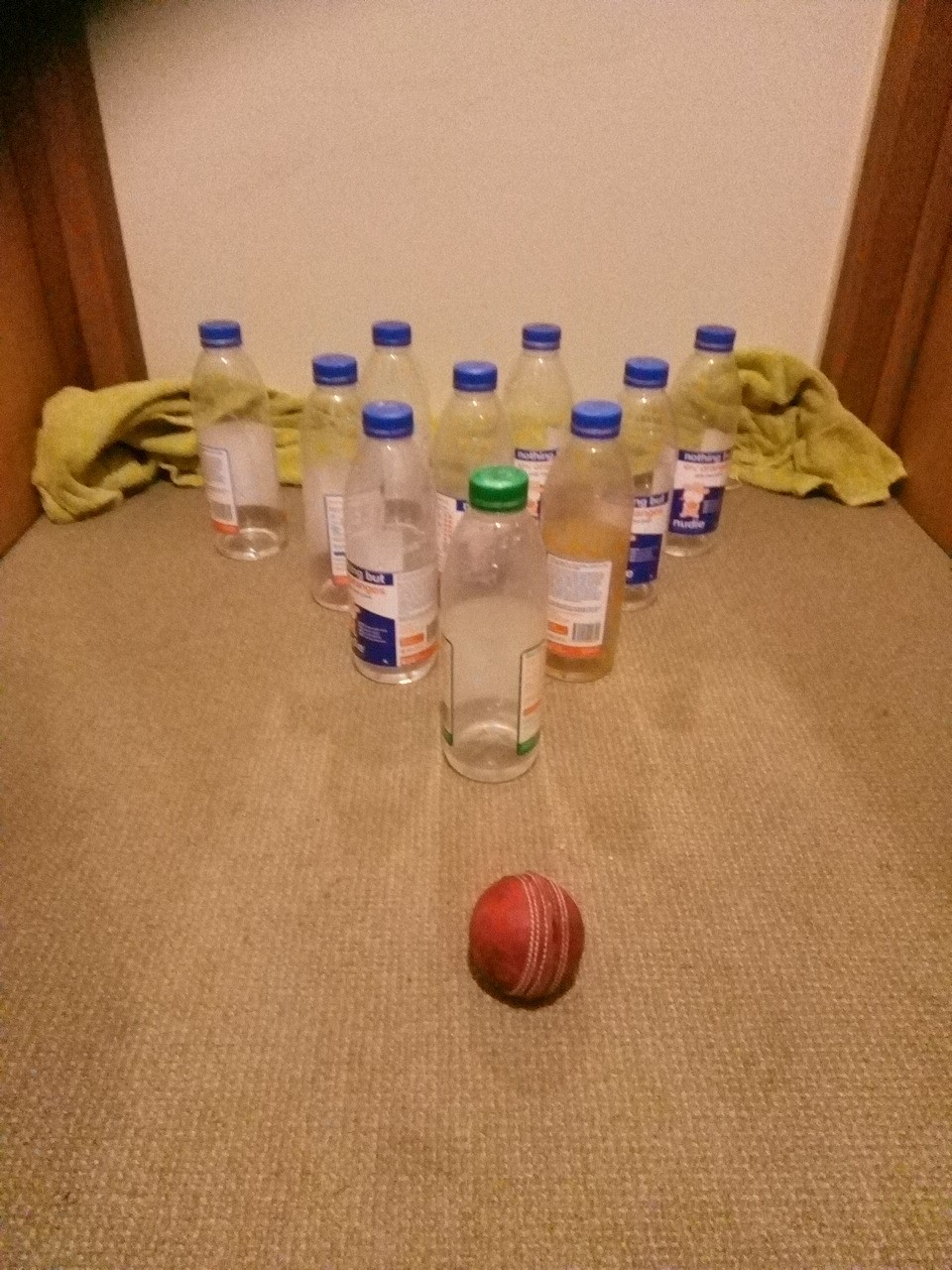 The SPIE Defense + Commercial Sensing conference this week is a Digital Forum, and registration is free! Normally it's hundreds of dollars.
https://spie.org/conferences-and-exhibitions/defense--commercial-sensing

There are a few seasons of Q.I on Tubi (all free all the time), if anyone is looking for interesting TV.

I'm inventing recipes..... little by little.
Today, I bought two same-sized food items, and wondered if they would taste good together ?? 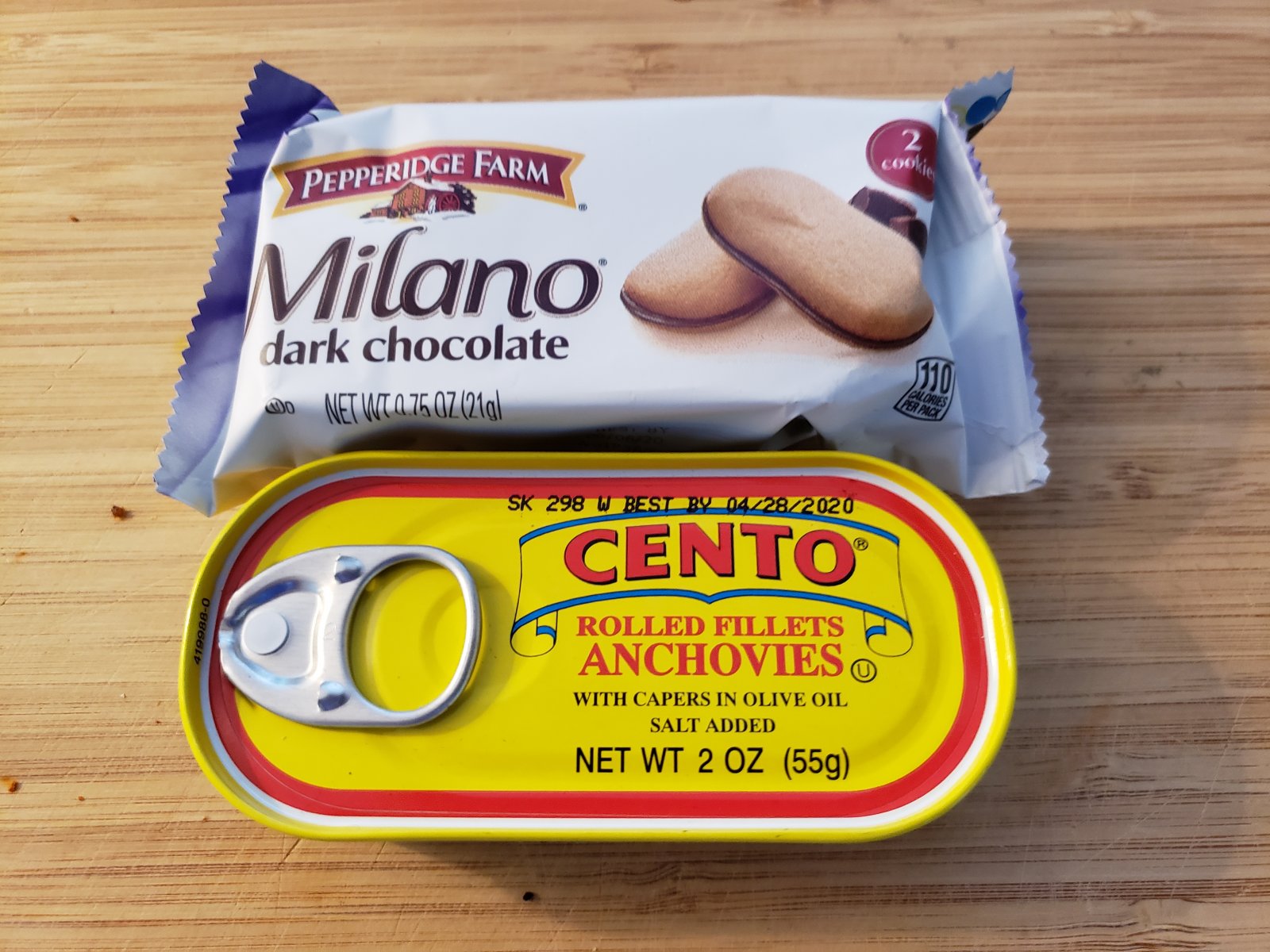 cleaning out the shed i found the kids archey set,, well its given me something to do on my paddock as my target rifle club gonna be closed least one more month..


oh no sheep were harmed, this was just set up picture.. 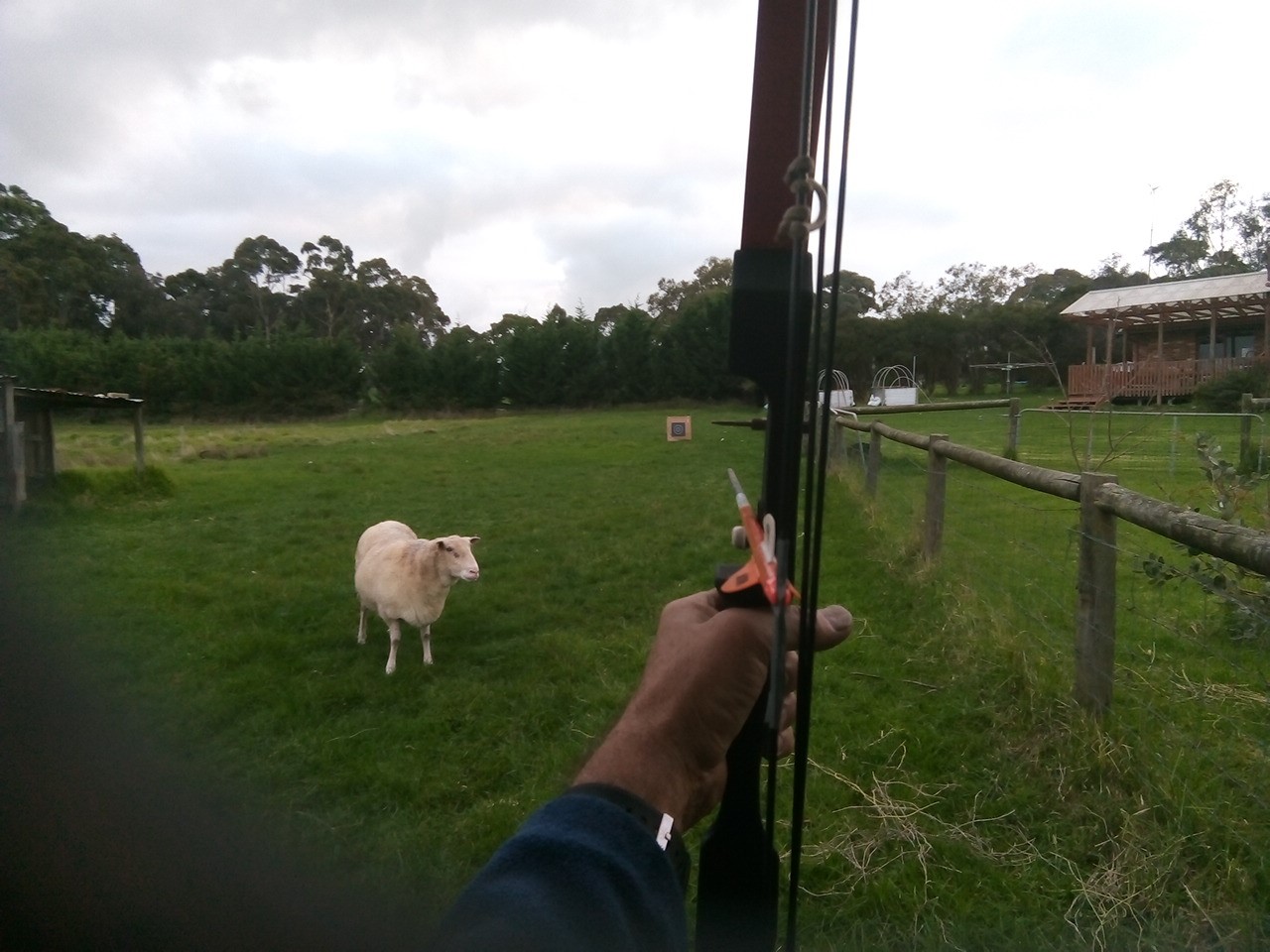 Currently, I am trying (and failing) to read Albert Camus's "The Plague." It's not a bad book, I just have a short attention span. Other than that endeavour I've been listening to music, watching stuff on YouTube and reading news articles. Not all that interesting.

Staff member
I'm bucking down and actually learning how to do things in Blender. 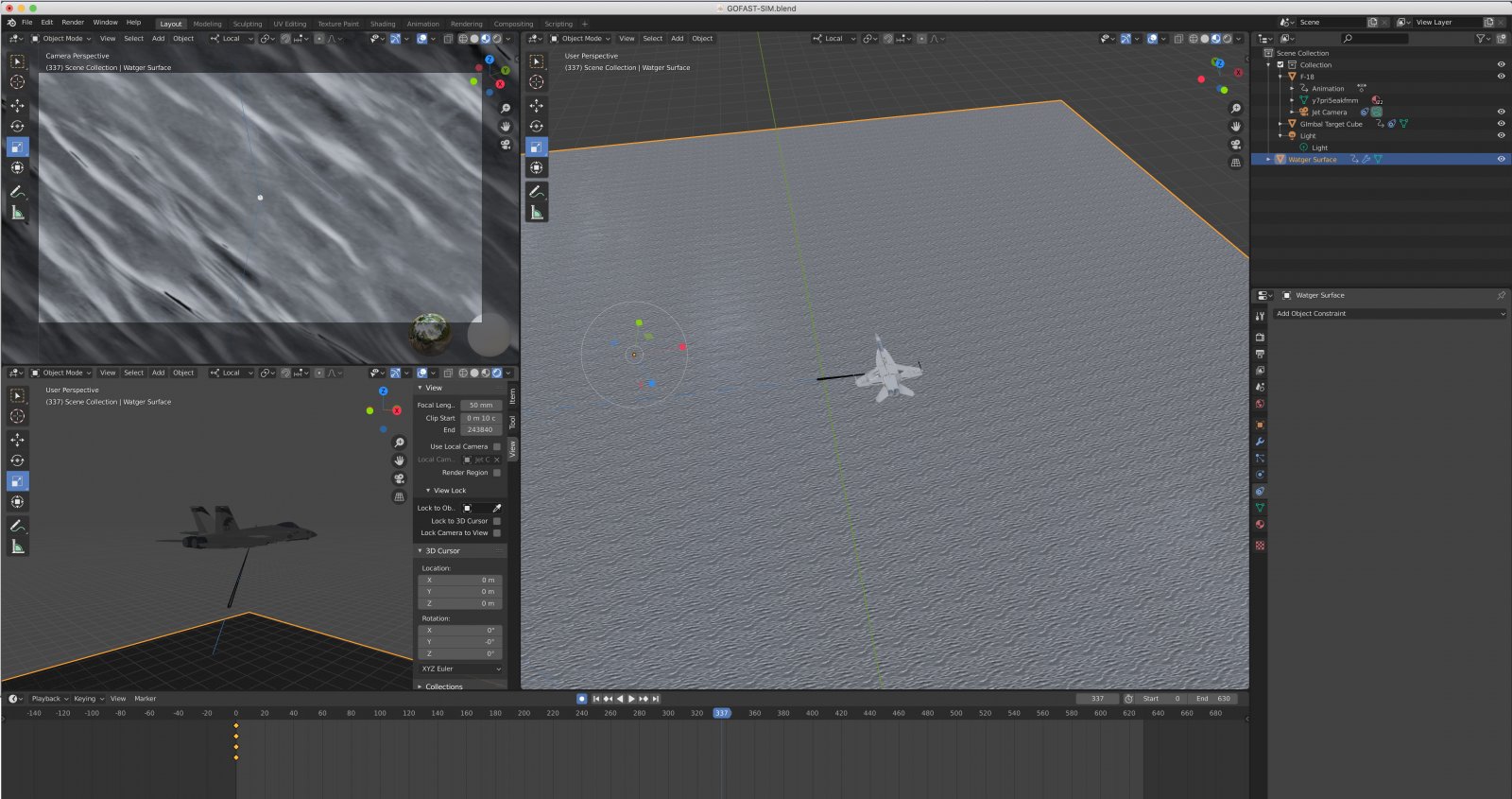 Mick West said:
I'm bucking down and actually learning how to do things in Blender.

Haha, me too xD It's a whole world by itself, in two months I guess I've learned about 2% of what I should learn.. This is the best thing I did (following an excellent tutorial by BlenderGuru). Not that bad, considering my drawing skills are about those of a five years old child: 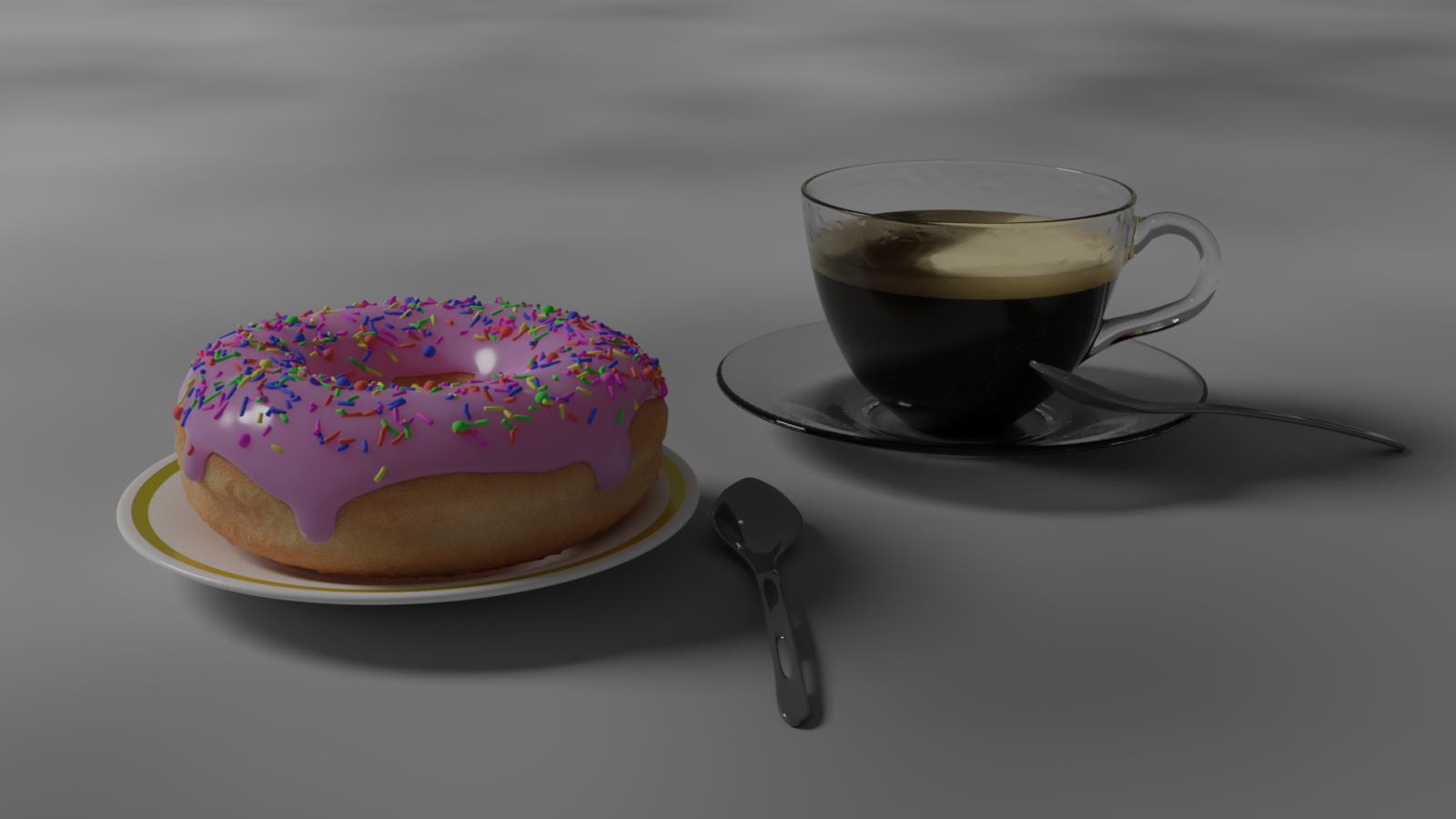 Now I'm trying to create a small library of grasses and plants.. it'll take some time xD
Last edited: May 13, 2020

Must say my work ("teleworking") is keeping me more busy than I expected, but hey it keeps you productive, I guess.
Other than that, I did some small renovation in the kitchen..

One thing I've been doing that I didn't do before is watch those late night American comedy talk shows like John Oliver, Trevor Noah, Stephen Colbert, and Seth Meyers: seems like a good lighthearted way to stay up to date on the latest goings on, without investing too much time . But, man, I gotta say, they're kind of tiresome: same jokes, same stories, same not-very-good Trump impersonations, and same going on and on and on about the silly-haired guy (and his family). Almost makes me wanna vote for him, they bleat so much.

I also dipped a toe into the so-called "lamestream fake news media" of CNN and MSNBC. I was expecting it to be somewhat normal, kinda like the BBC with different accents, and figured all the right-wing hatred for them was just strange irrational hysteria. But how wrong I was: it was actually incredibly "lame", whiny, and horribly biased, and again had the (I'm sure) unintended effect of making me think, jeez, I would actually vote for this guy just to shut these people up.

I'm sure they're all just preaching to the choir - but, if not, I wonder if they're responsible for any sort of 'backlash' effect?

ISO restriction have lifted this week in Victoria Australia from 4 to 3 which in means many things one is,, i can go sailing so yay

not sure if this link will work lets see?

derwoodii said:
not sure if this link will work lets see?
Click to expand...

can you make it "public"? 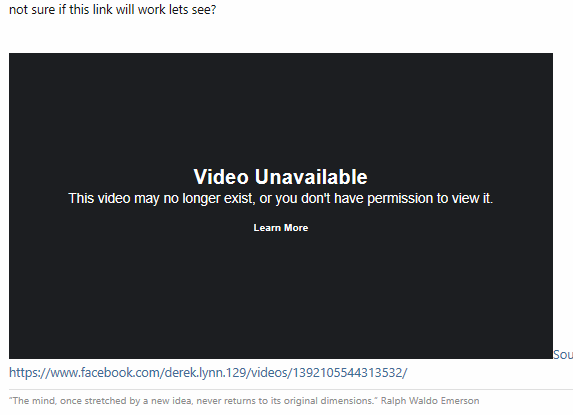 Some restrictions easing and others getting worse in Los Angeles County. Some beaches and trails are open now, but you have to wear a mask any time you're outside your house. That apparently includes your back yard and car. Instead of all that, I finally got all the parts I needed to install lighting in my 1962 mechanical slot machine. Finished that last night: 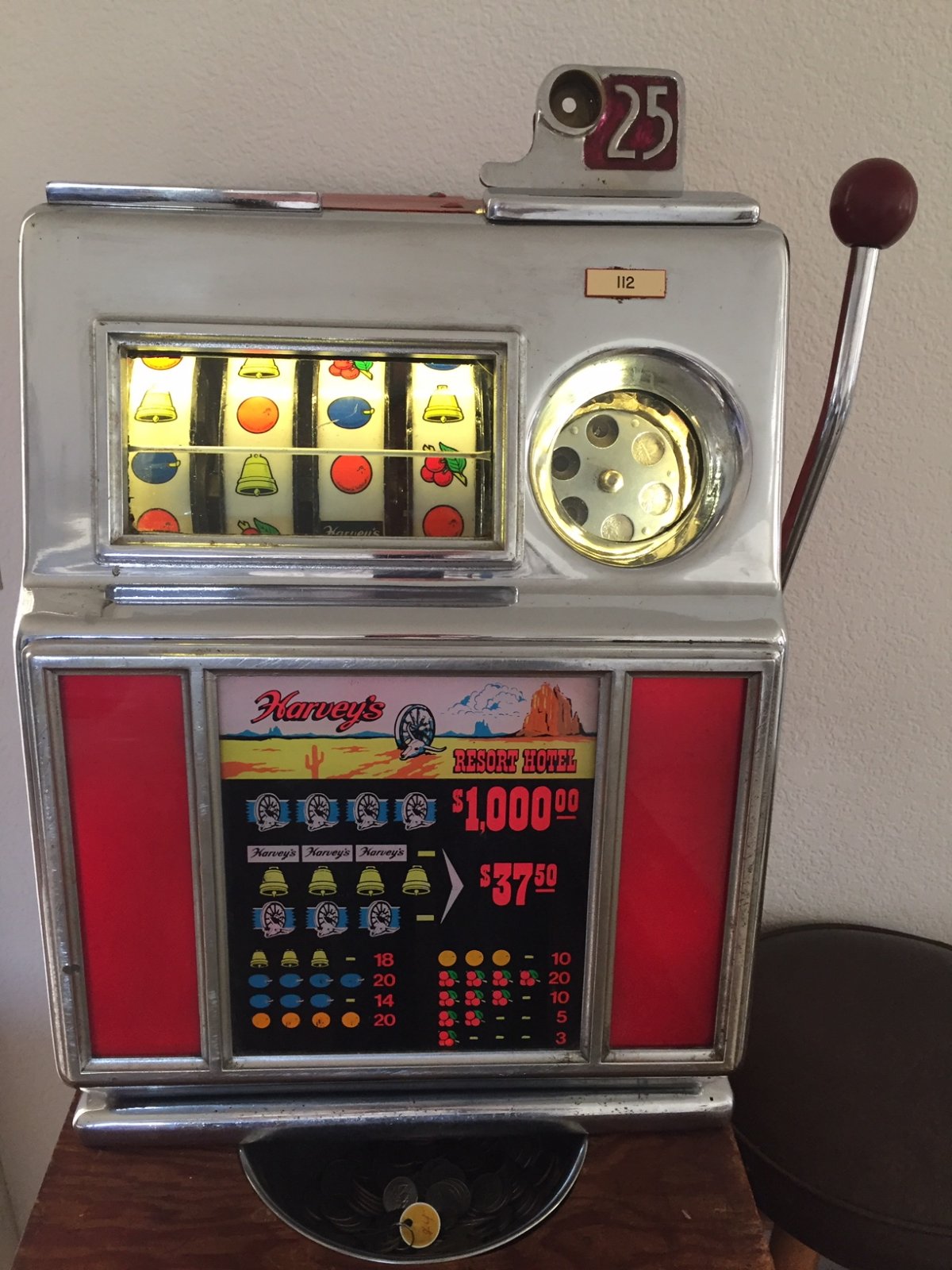 Couldn't find original parts for the lighting, so I bought a couple strips of LED's and a transformer and had an artist research 60's era low-voltage bulbs so she could paint the 50 LED's with the proper color. Tonight I'm using rubbing compound on all the chrome to see if I can brighten it up a bit. Maybe put it out on the sidewalk and see if I can earn a few quarters to pay for that haircut once it's legal again.

Well I haven't been around in a while, having realized the futility of debunking chemtrails..... but I have been reading the Coronavirus threads lately. I am a real estate agent and have been deemed non essential in NY. I had been following the virus from the beginning and cancelled a plane trip in January (leaving Kennedy INTERNATIONAL!! Nope nope) and in Febuary cancelled a seminar I was to attend in Brooklyn at the end of March when I noticed santizer and cleaning products disappearing. I stopped going to my office in early March and started stocking up because the first case on LI was near where I live at a brewery (tourists from NYC I'm sure). He infected his Uber ride to the hospital and the Uber driver brought the infection into the nursing home where she worked part time. My friend's husband who diagnosed the brewery guy was also infected and spend 3 weeks. Basically I spent the first 4 weeks of lockdown kind of freaked out and afraid I would get it any minute now. I did get my continuing education done (most of it), mostly I walked miles and miles on deserted (cold) beaches and in every state and county park on the North Fork of Long Island (all thankfully deserted, till now). I painted, did jigsaw puzzles and finally started gearing up for business again when we do open up. I am extremely disheartened to see what is happening in the US, with the armed "militias", the rampant spread of conspiracies and disinformation, the number of people in my own little town repeating it..... I long for the days when I'd tell my acquaintences that there are people who don't believe contrails are contrails, but that planes are loaded with chemicals and sprayed out to change the climate/drop nano particles on us to be activateded by 3G/poison us/innoculate us (or whatever it was they believed that year).... and had those people walk away from me going "oh come on, NO ONE BELIEVES THAT CRAZY STUFF!!" Now those same people are telling me we have to get out of the house because we'll have no immune system if we don't.

One of my favorite places to walk where I won't see anyone. 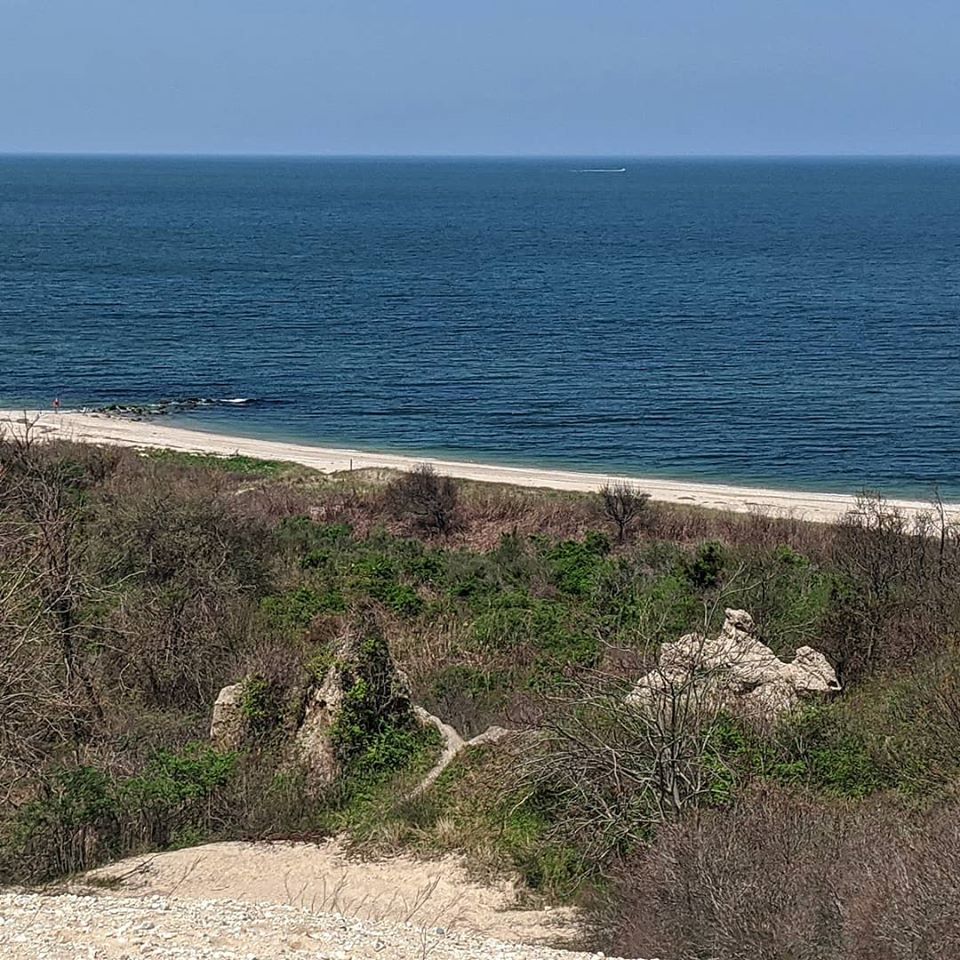 JRBids said:
Now those same people are telling me we have to get out of the house because we'll have no immune system if we don'
Click to expand...

tell them to adopt a cloris leachman
Source: https://youtu.be/GTXUvtxPeUQ?t=161

deirdre said:
can you make it "public"?
View attachment 40817
Click to expand...

um im not sure how to,, but i will try

edit I might have done it not sure how to test

derwoodii said:
im not sure how to,, but i will try
Click to expand...

I have a new weird FB interface.. but if you have the same...
go to your profile page by clicking on your name in top header bar (right hand side).

then choose video ( i only have photos so i picked photo)

click on the photo or vid you want to access...then click the 3 little dots to the very right and "edit audience". Then choose "public".

Tour of my Pandemic kitchen....
Uploaded to YT.....
Source: https://www.youtube.com/watch?v=QOpxdsNF7iY

ISO in Victoria Australia is pretty much over so we bought a new car took it for spin,,, ( ok its been a 3 year plan) but handy timing.

I am a kite maker in normal times, so have switched over from sewing kites to sewing face masks for local hospitals and clinics, as well as giving some to family and friends. Fill free time with decorating the yard to give house-trapped feeling folks in the neighborhood something interesting to look at, and learning to spin poi from lessons on YouTube.

my state Victoria Australia has had terrible spike in Covid cases and the government has had to implement stay at home restrictions again so its back to 6 weeks or more of stage 3 lock down,, no going out unless conforms with 4 basic rules. At least for now im allowed local fishing & golf so a few pastimes to enjoy but no snow skiing or target club shooting. Glad my jobs taken as essential service so 5 days a week i get out of tidy home as I have pretty much run out of honey do chore list i may have to dig deep or invent some,,, i can say my paddock archery skills has improved
You must log in or register to reply here.
Related Articles
J.Marvin Herndon tries to pass off Bird Poop as evidence of "chemtrail" spraying
Share:
Facebook Twitter Reddit Pinterest Tumblr WhatsApp Email Link