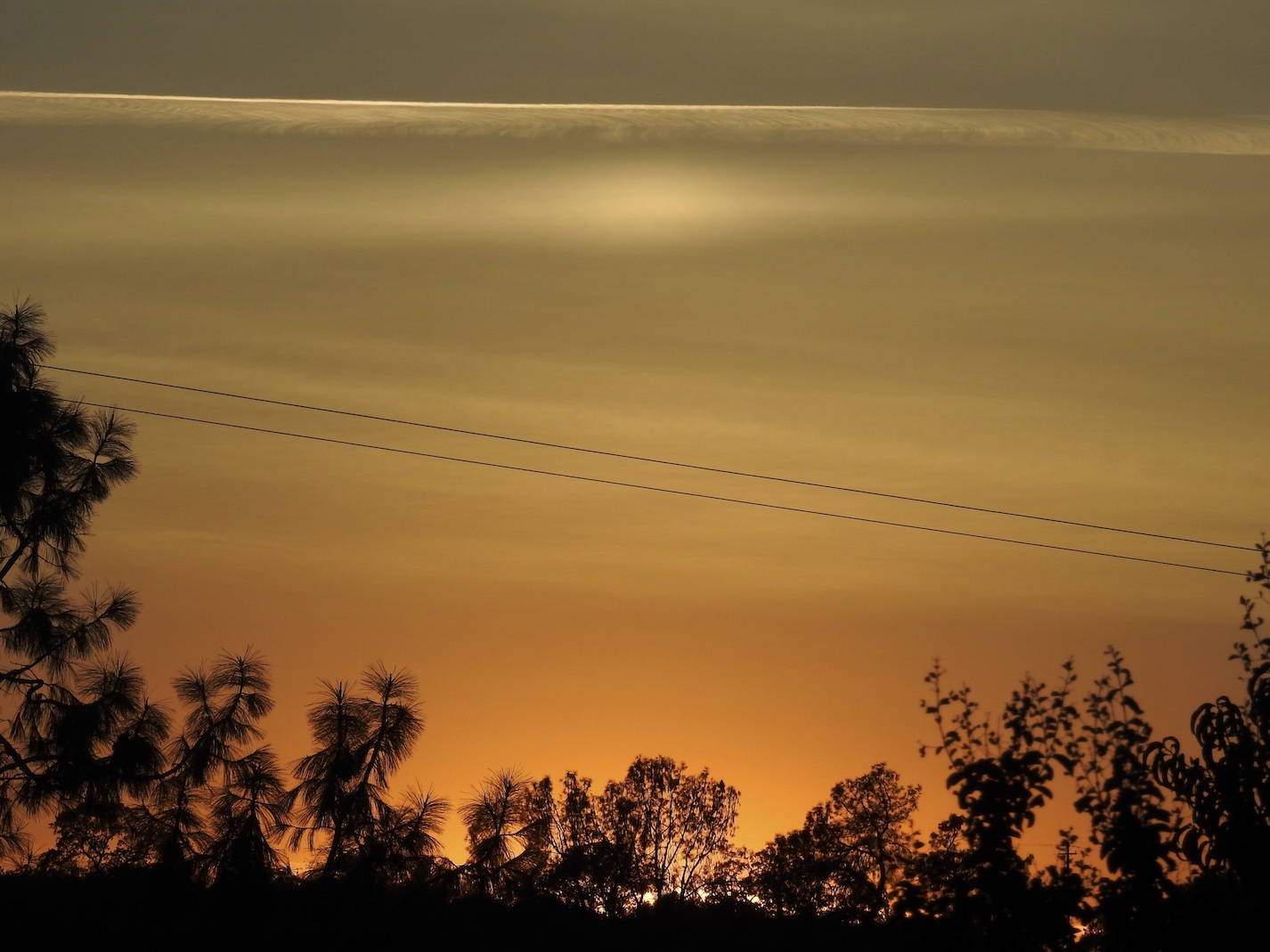 The sun had not fully set, but was just behind the ridge. I noticed this glow that looked like it was above the sun.

I cloud not tell if it was some effect like a sun pillar, or just a a lucky spot of clouds. 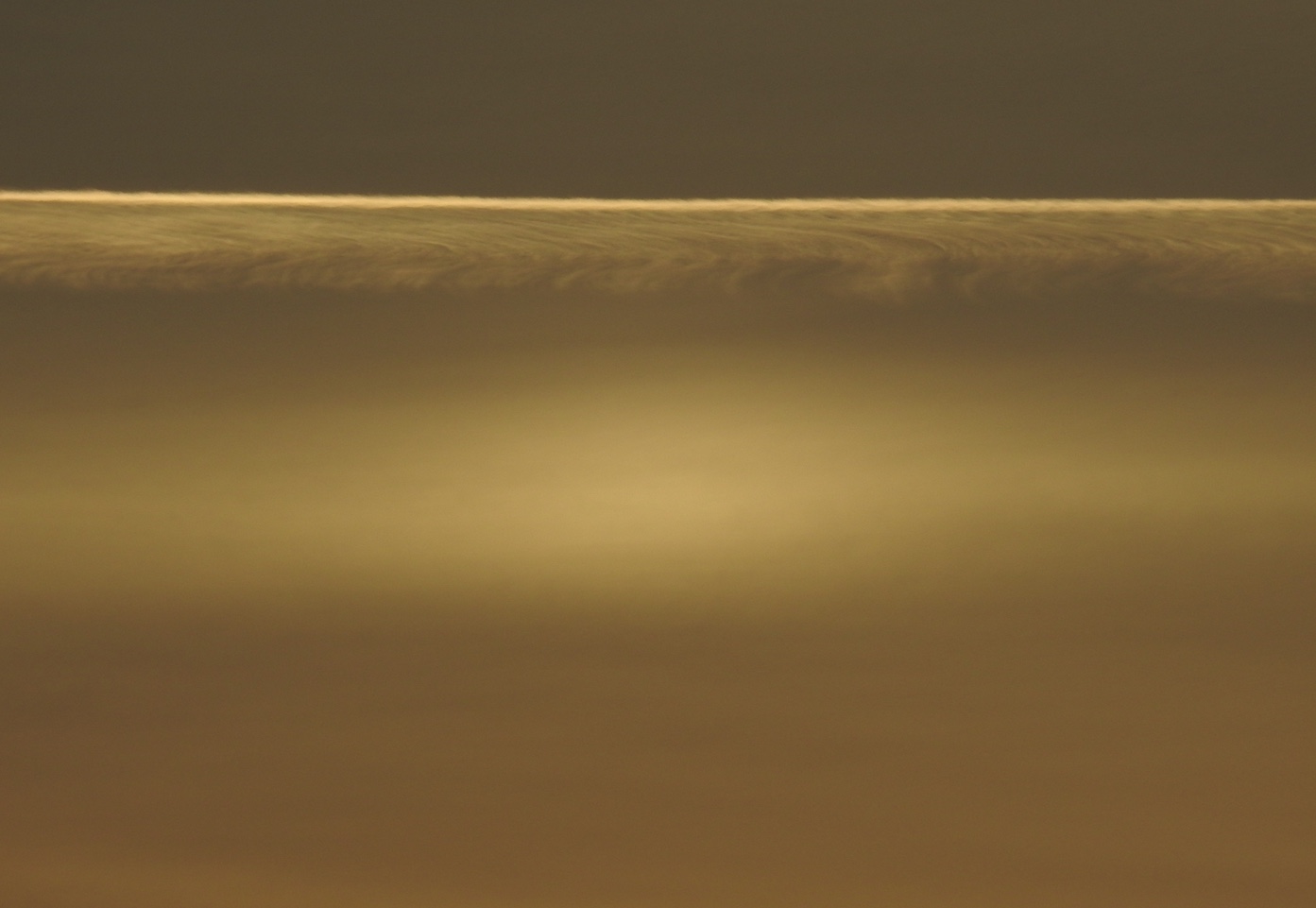 A bit later, it has moved relative to the contrail. 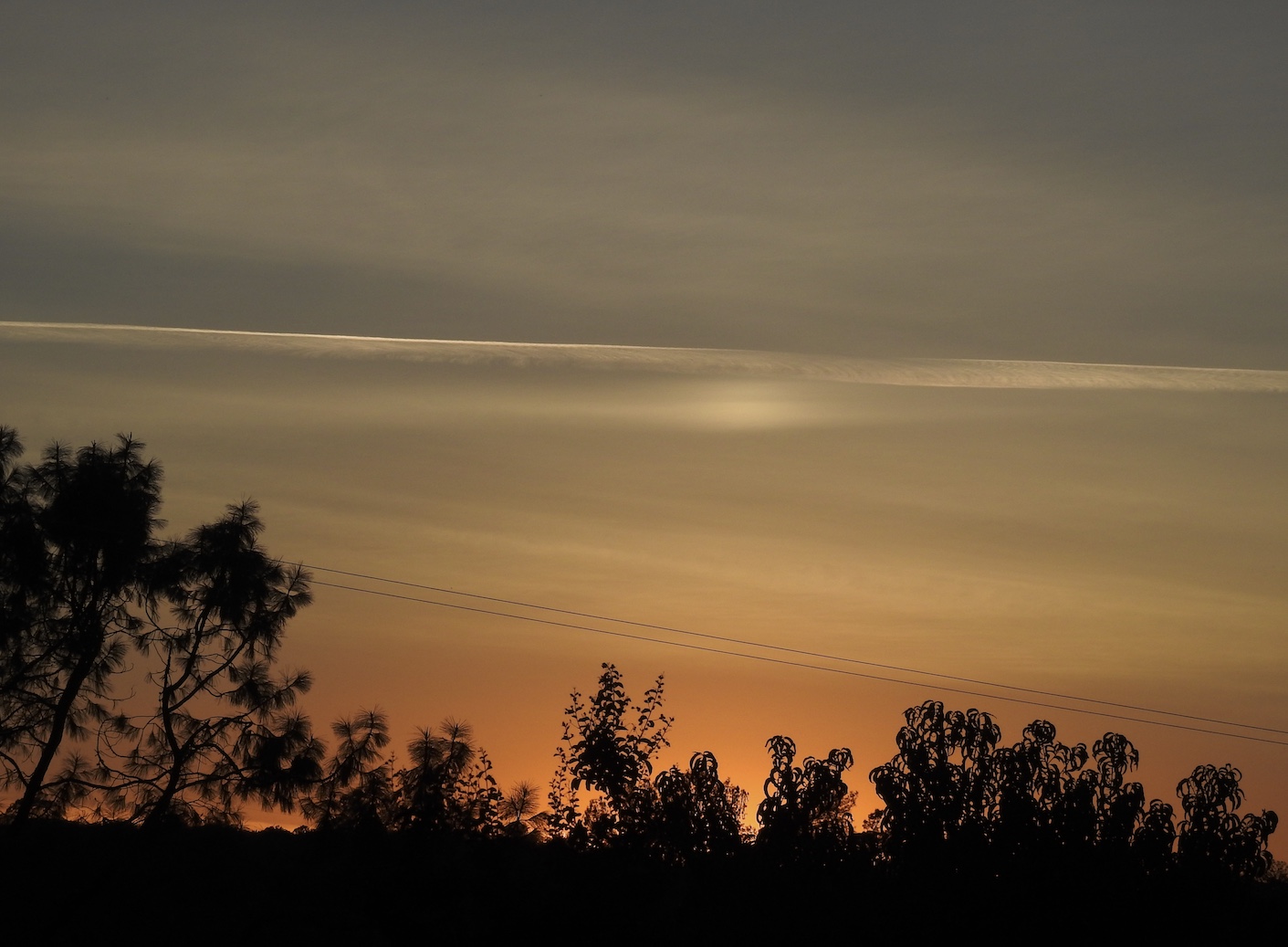 Later still. I stood on a low wall, so I was maybe 3 feet higher. 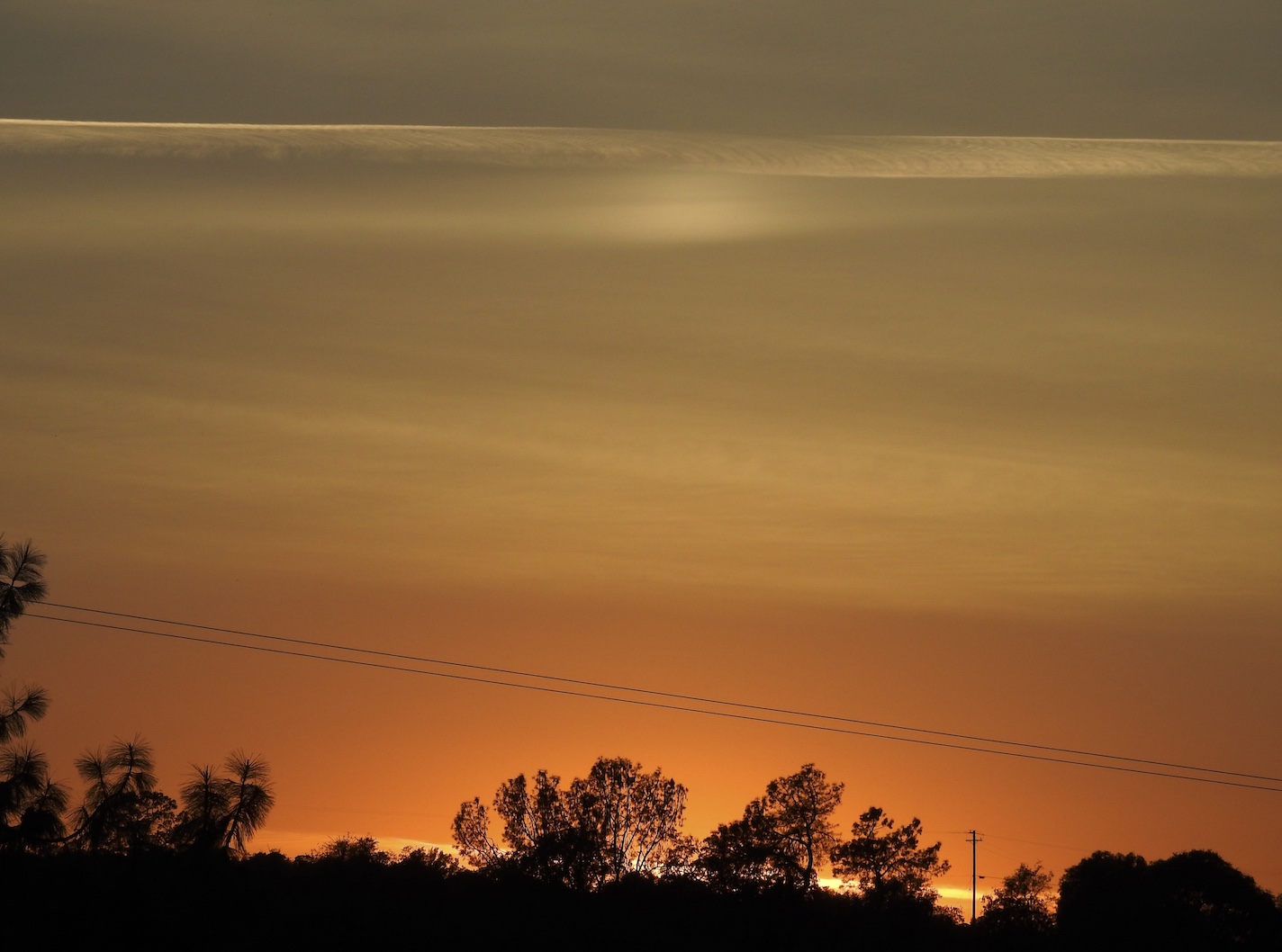 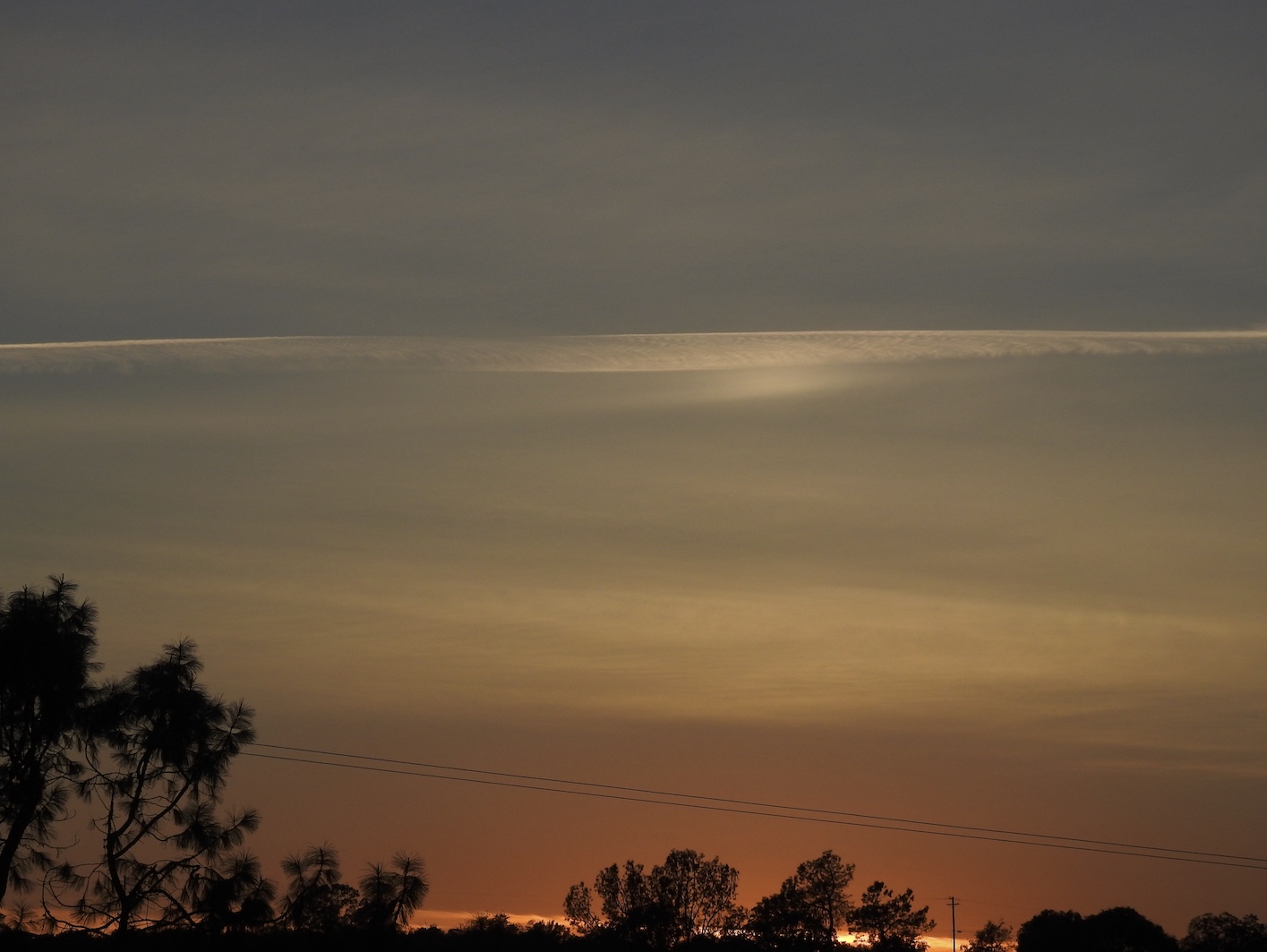 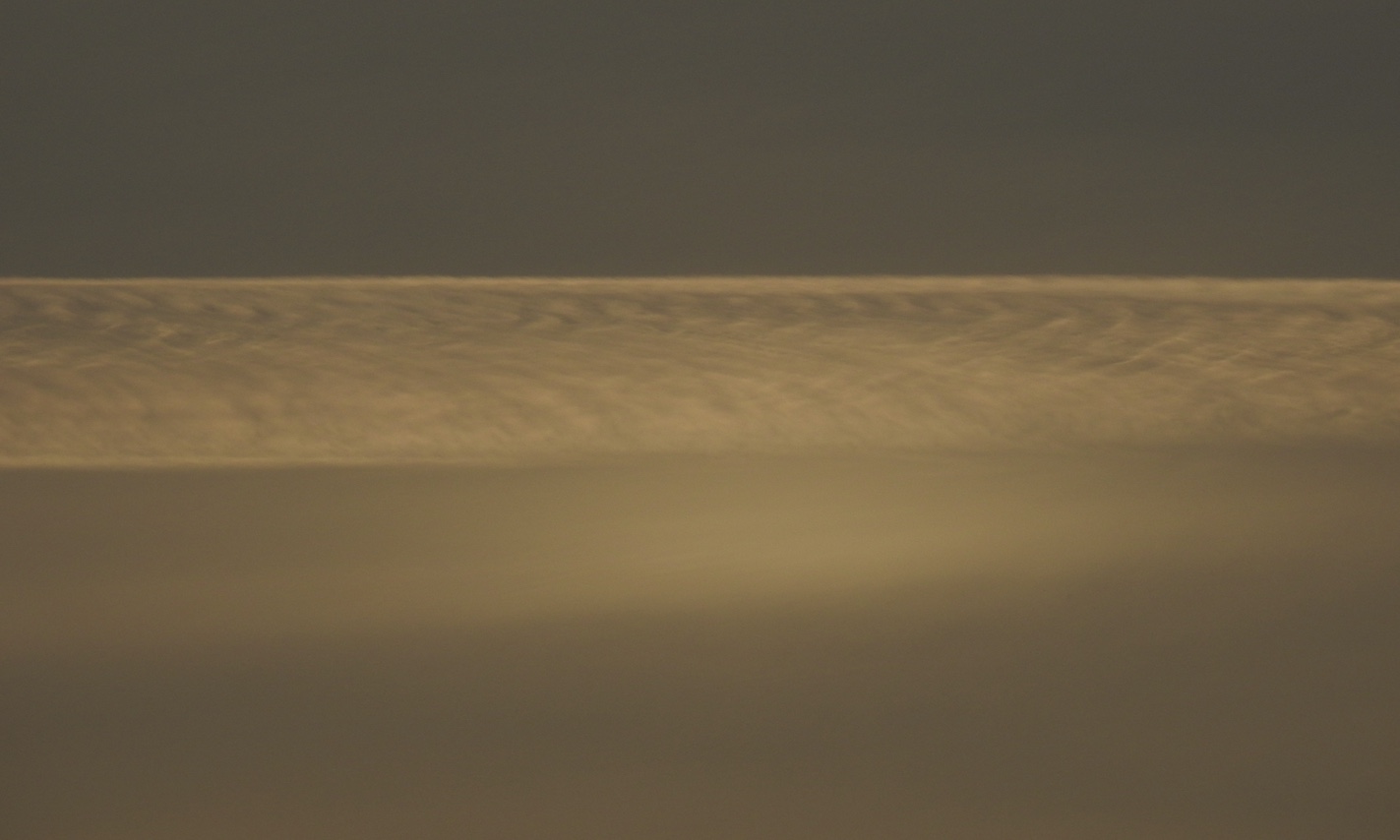