Explained: Flashes of Light During the World Trade Center Collapse

People who think that the World Trade Center was demolished with pre-planted explosives sometimes point to flashes of light that you can see in some videos of the collapses. They say that these flashes are evidence of explosives going off.


This NBC video of the South Tower collapse is maybe the best example of this. 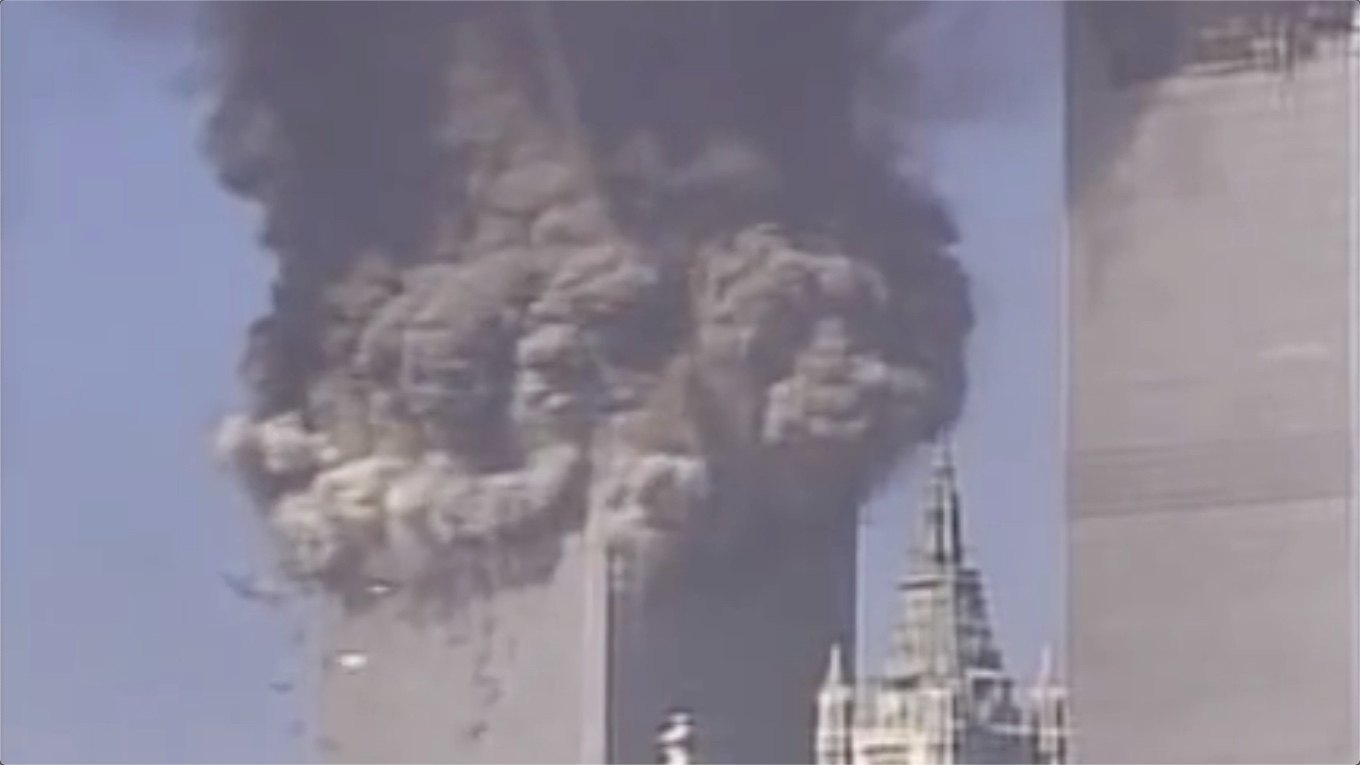 You see one flash near the corner of the building, then another larger flash on the left side here. Both of these flashes exist for only one frame, so they lasted for less than a thirtieth of a second, so we know they are not something like a puff of smoke.


But as we continue though, we see a whole load more of these flashes, including a bunch of them over on the left side that flash in mid-air, so are clearly not attached to the building.


I suppose if you are being imaginative you'd say these mid-air flashes are explosives going off late. But a much simple explanation has been given numerous times over the years - that these flashes, ALL of these flashes, are just the sun, reflected off falling pieces of window glass.


The flashes do occur ahead of the main collapse wave, but there is falling debris below them, so it's quite possible they are pieces of glass spinning around as they fall that just happen to reflect the sunlight into the camera. A big confirmation for this is that you don't see the same flashes in different videos, as the angles are different.


But would a piece of glass really give this bright of a flash? I decided to do some experiments to find out.


First of all, I just tried tossing a glass slide up into the sunlight. This showed that you could get glass that was invisible one frame, and then visible the next, but I didn't get a good flash, as the sun was setting.


The next day I tried in full sunlight from a distance. I didn't really get any good flashes, as with a single small piece of glass it was unlikely to randomly line up with the camera. You'd need hundreds of falling pieces to increase your odds, like in the World Trade Center collapses. 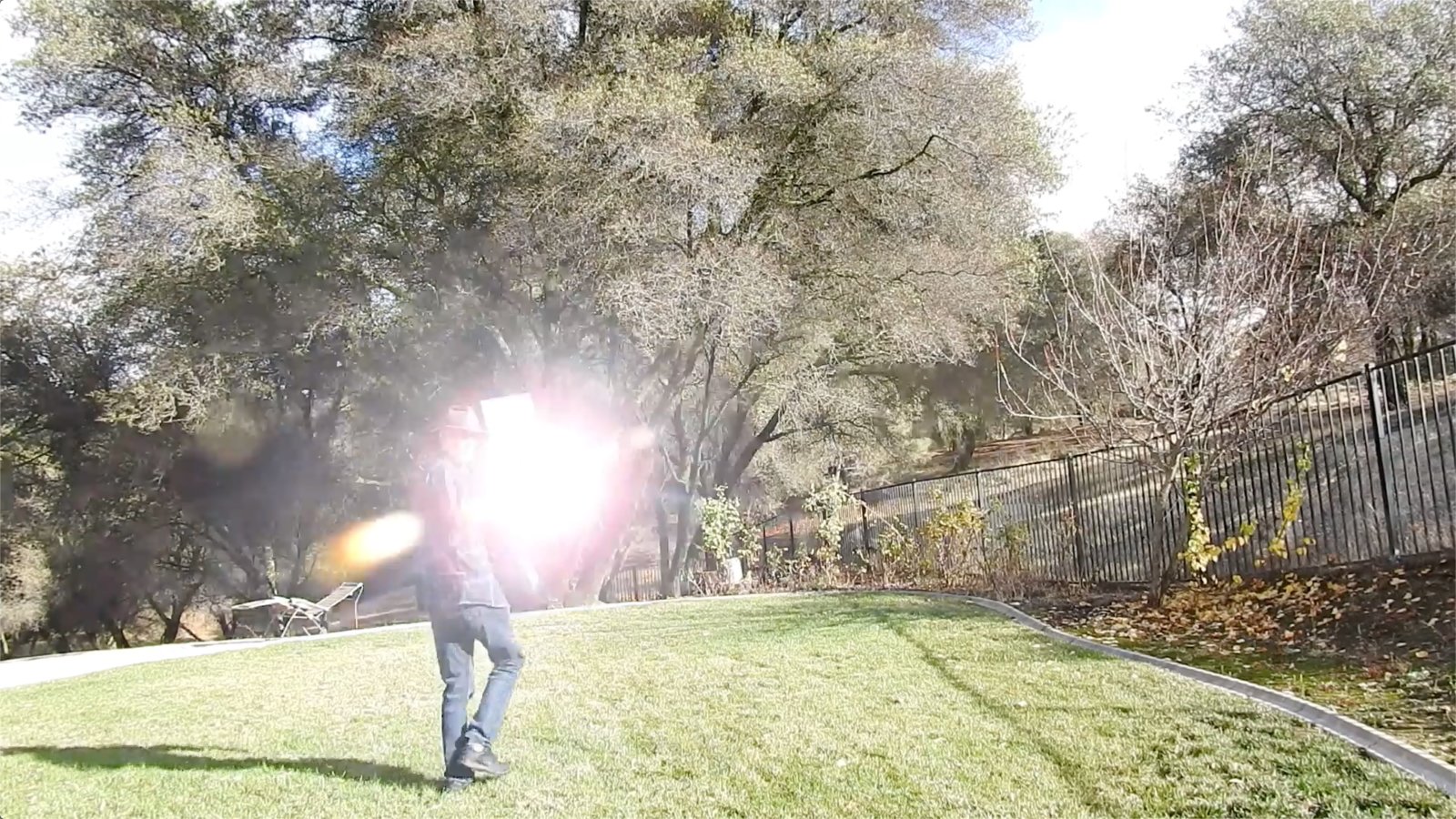 Soto simulate this I got a larger piece of glass then span and aimed it by hand to simulate it spinning as it fell and being the one random piece that happened to line up with the sun. This gave some incredibly bright flashes of light. Much bigger than in the World Trade Center video.

So I went a bit further away. The piece of glass got harder to see, but there was still a huge bright white flash. The flash lasted only a single frame if I span it fast enough.


Finally, I went even further away, the glass was nearly unnoticeable unless it was lined up with the camera, and when it lined up perfectly there was again a huge bright flash, sometimes for just a single frame. 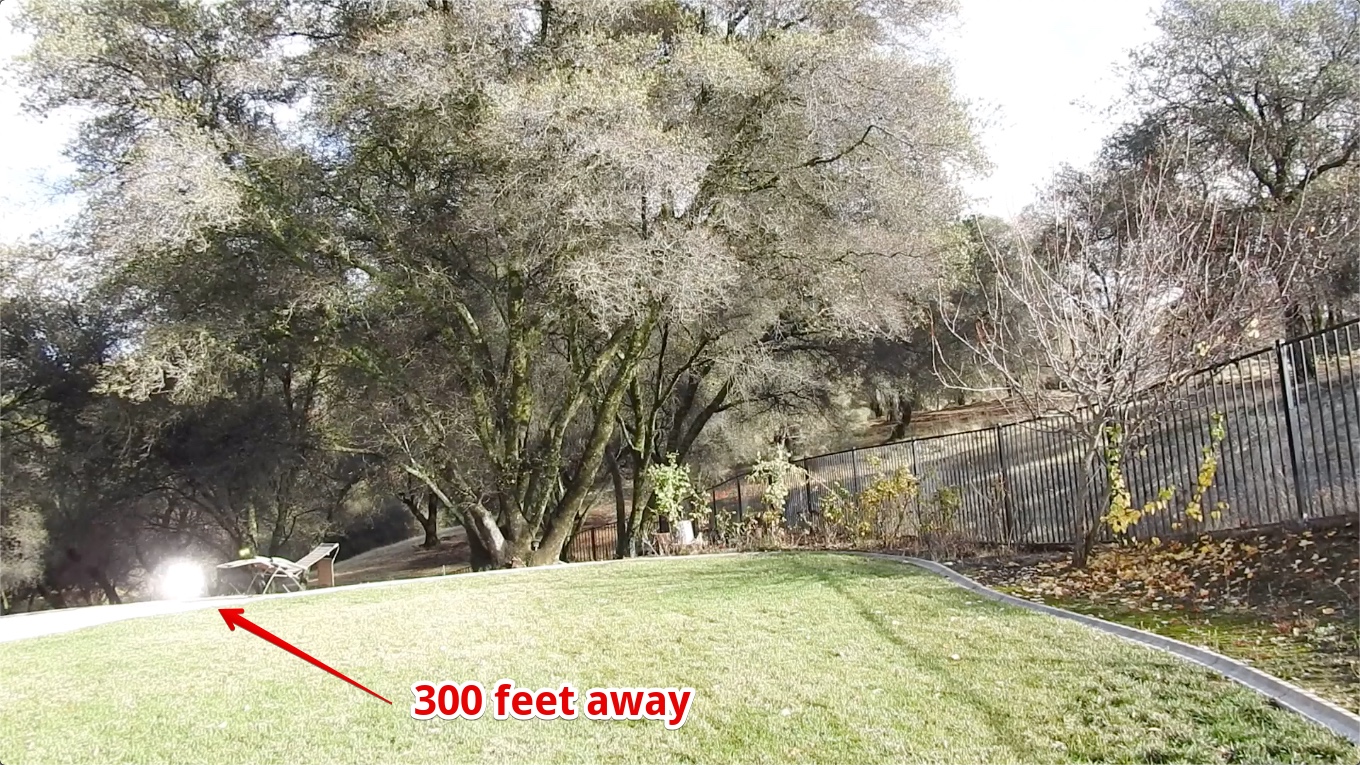 So you can take this experiment and scale it up to the World Trade Center video, with the camera a mile or so away, with lower resolution video, and with thousands of pieces of falling glass, occasionally happening to line up. The glass is now totally invisible, but the flash is still big enough to be seen.


Of course, this does not prove that all of the flashes were not explosives, and it certainly does not prove anything about why the towers collapsed. But it does demonstrate that there's a quite plausible explanation for these flashes that does not involve explosives.
T

excellent experiment Mick ... I saw your vid on another forum yesterday ...

Staff member
Something I forgot was just how close the angle of the sun was to the building at the time of the collapse of the South Tower at 9:59AM. 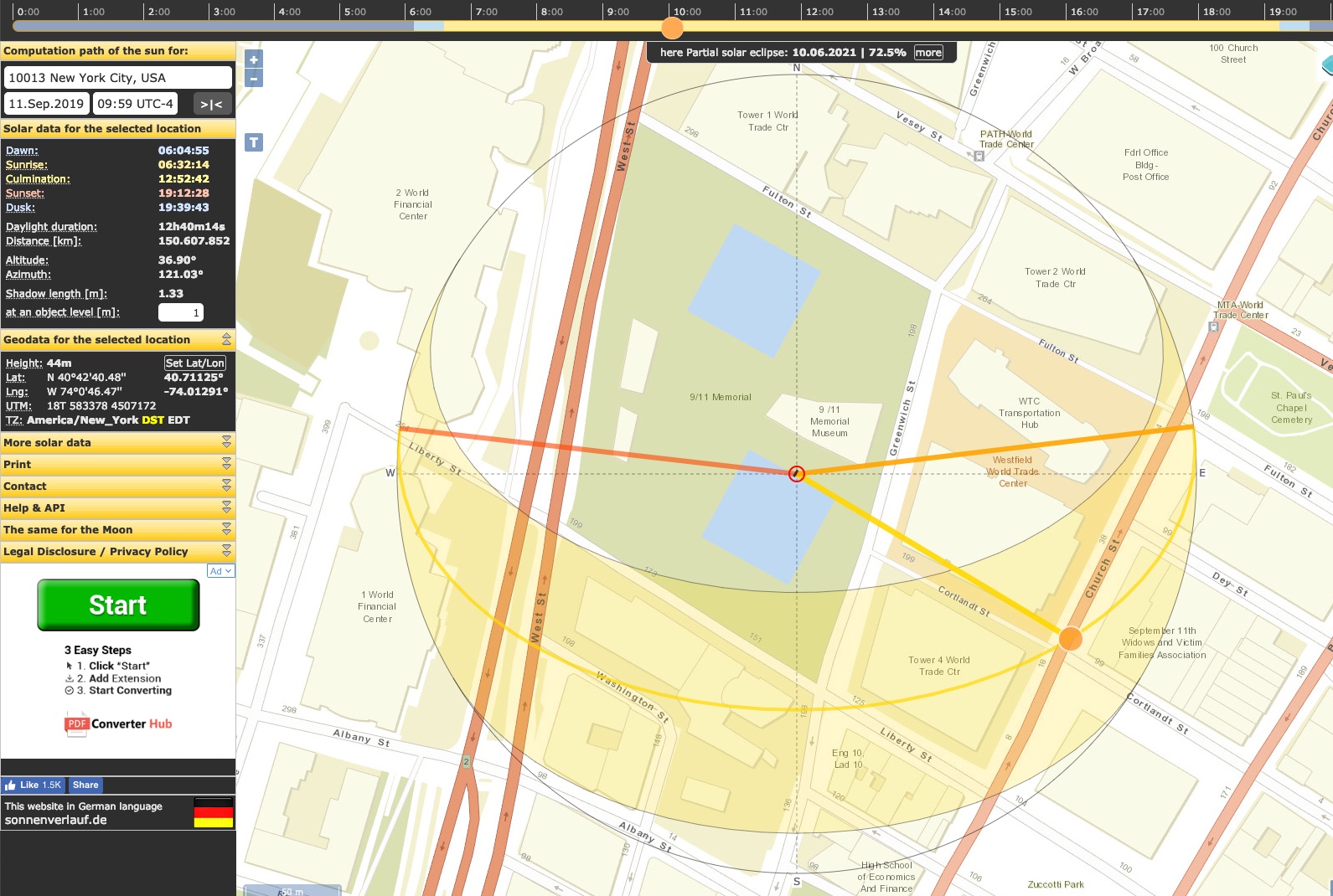 That only just stopped illuminating the north face, just 2° past. 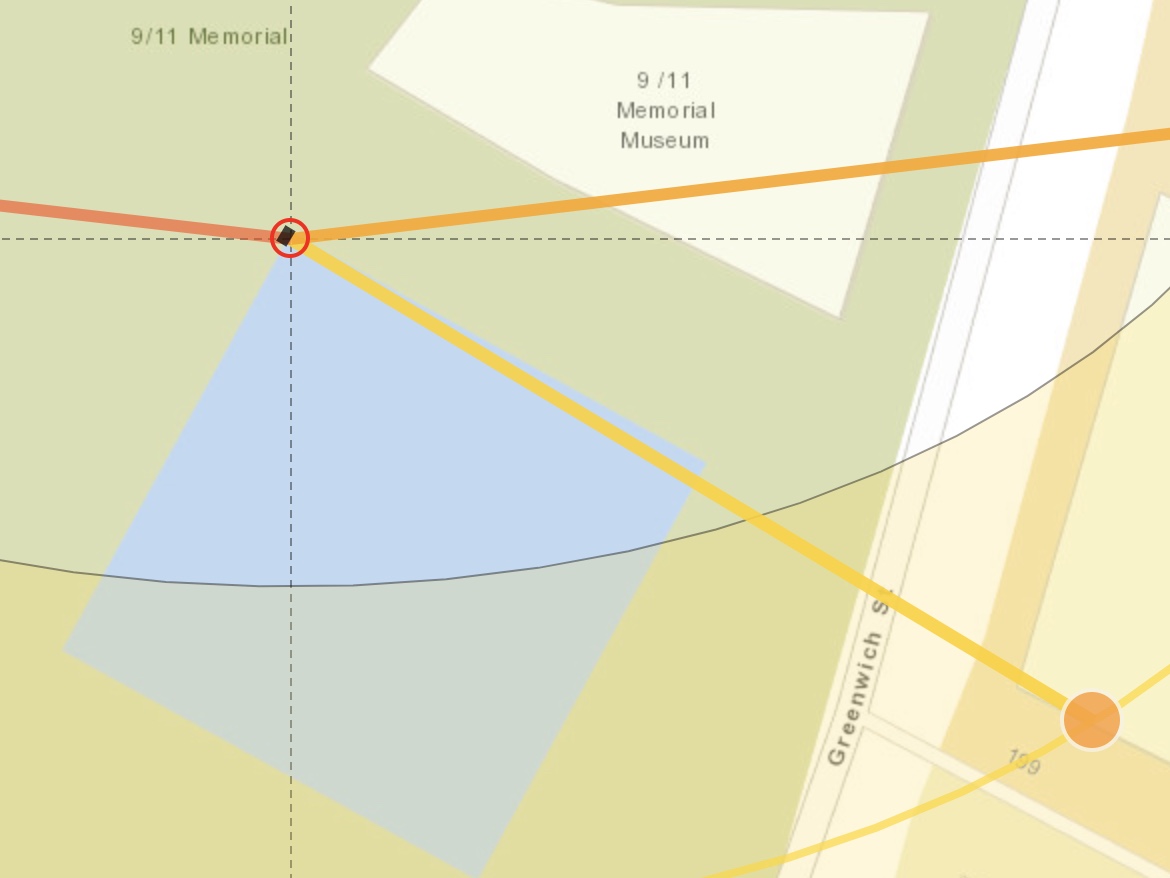 So it did not take much for smoke and debris to fall far enough away from the building to not be in shadow.

The sun angle may also account for the orange color of whatever was spill from the NE corner of the tower which truth guys claimed was molten steel.

Mick, you're only looking at one angle of the building (the angle the sunlight is coming from). How do you explain the flashes from the angles where there is no sunlight?

Glenn said:
Mick, you're only looking at one angle of the building (the angle the sunlight is coming from). How do you explain the flashes from the angles where there is no sunlight?
Click to expand...

Can you give an example? Because of the angle of the sun there's light on the SW and SE faces of WTC2. The NE face is only just out of the sun, so when something falls a few feet away from the building it's then in direct sunlight. Only the NW face is both in shadow and casting a deep shadow.

When WTC1 collapsed 20 minutes later, the sun had moved round a bit, so falling debris would have to fall outward a little more to be in the sun. 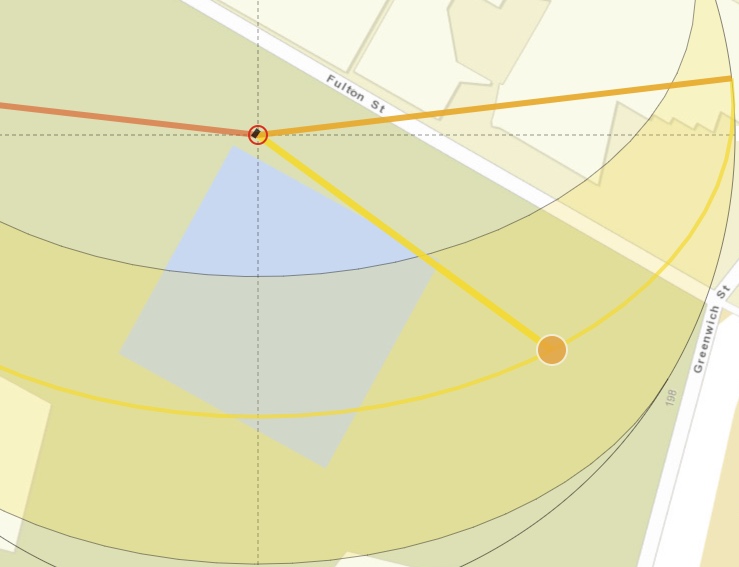 However in both cases we see debris falling many tens of feet away from the face of the building, so it's quite plausible that some of that would be glass, and hence create flashes on the NE faces of both buildings.

The NE face is often described as the north face, as it's aligned with the streets running up Manhatten.
You must log in or register to reply here.